Brilliant. London’s Tube network means it’s never a problem getting around, and Wembley Park Station takes you out right on Wembley Way. Less fun by coach, takes at least an hour to get in and an hour to get out once you leave the motorway. Drops you right outside the turnstiles though. 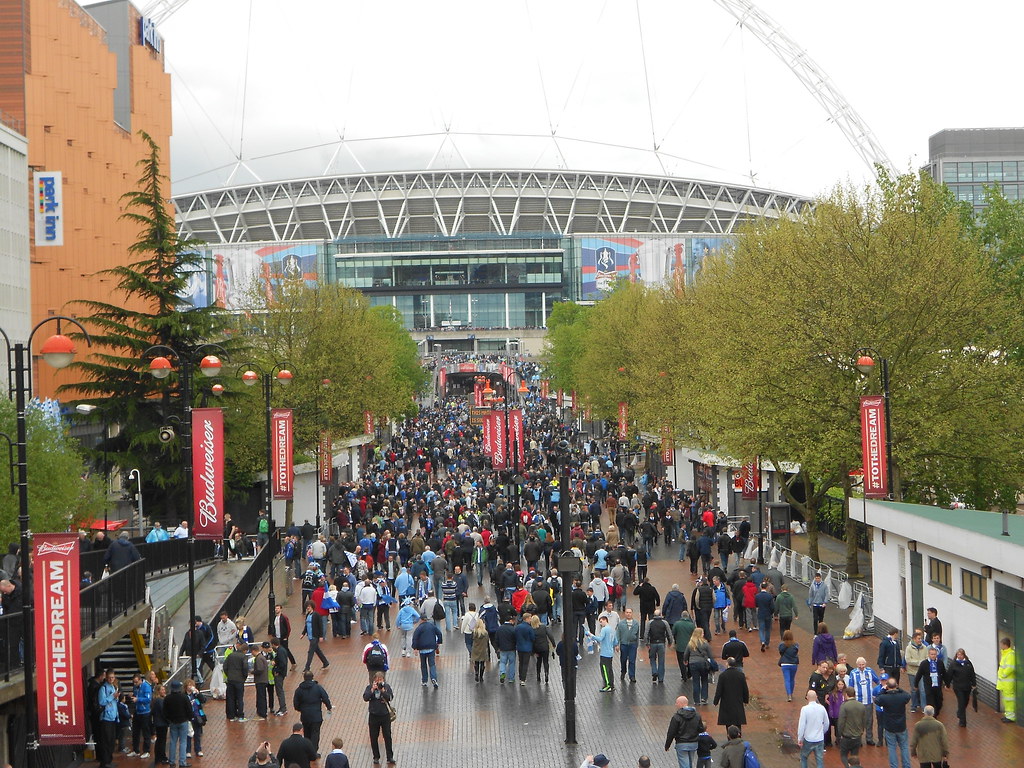 Retail Park down the street, and a few bars and takeaways, typical London really. The Tube also means you can obviously go a bit further afield and never struggle to find a pub. There are a few stalls on Wembley Way, and while its pricey, the pies are gorgeous. 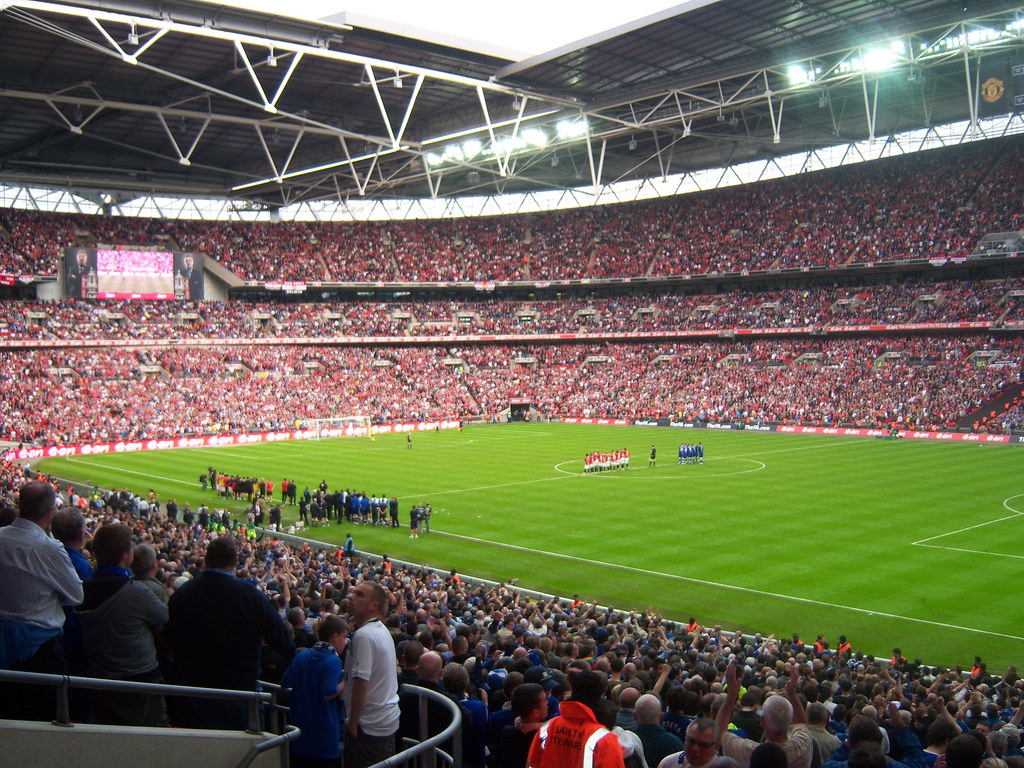 A penalty shootout at the East End of the ground, FA Cup semi final 2009

I’ve always said Wembley is about the occasion rather than the game or the surroundings…and it didn’t disappoint. Perfect views all around, stunning atmosphere from us, the concourses are ridiculously huge, just…impressive. 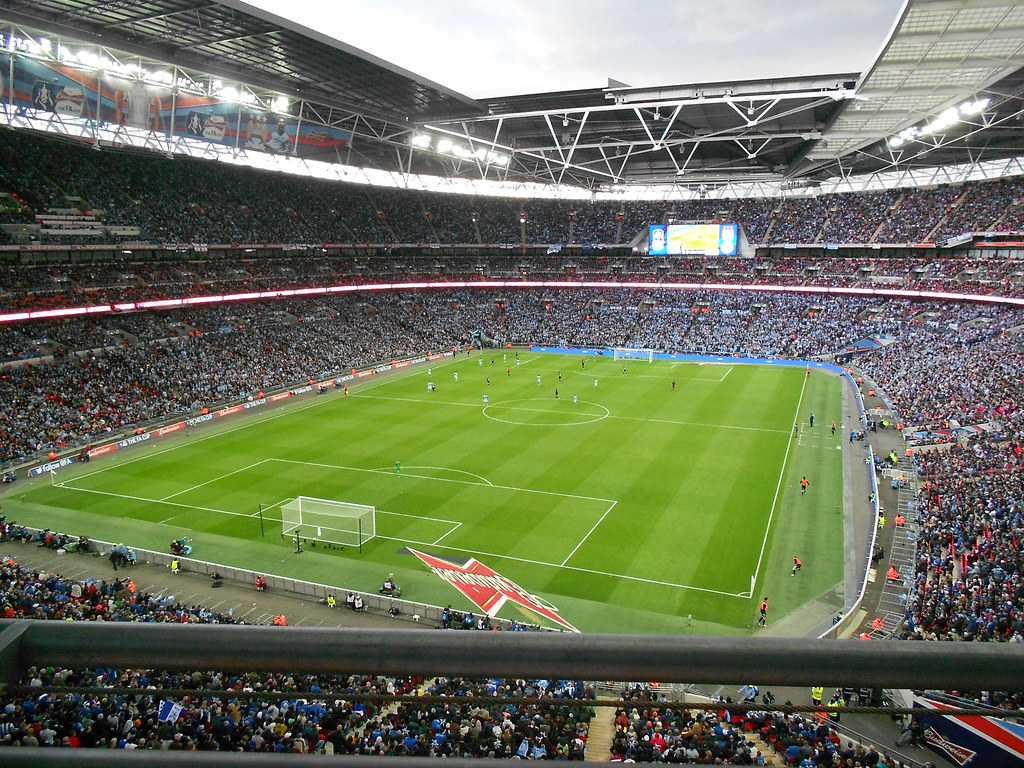 View of the East End from the upper tier, 2013 FA Cup Final

I don’t have a clue what United fans were like because we were unbelievable. The Club Wembley tier has of course had a lot of criticism for ruining the atmosphere, but that was never going to be a problem in this game. The Final in 2009 was good as well, but surprisingly the 2012 semi final was pretty subdued by both sets of fans. You would have expected more with it being a Derby and all that, but it seemed nerves got the better of both of us, I dont know. Was absolutely bouncing after Jelavic gave us the lead understandably though! The 2013 Cup Final was fantastic at times from the Wigan fans, especially once we got into the last 20 minutes or so and everyone sensed an upset. Not a peep from the City fans though, seemed to think it was a foregone conclusion! 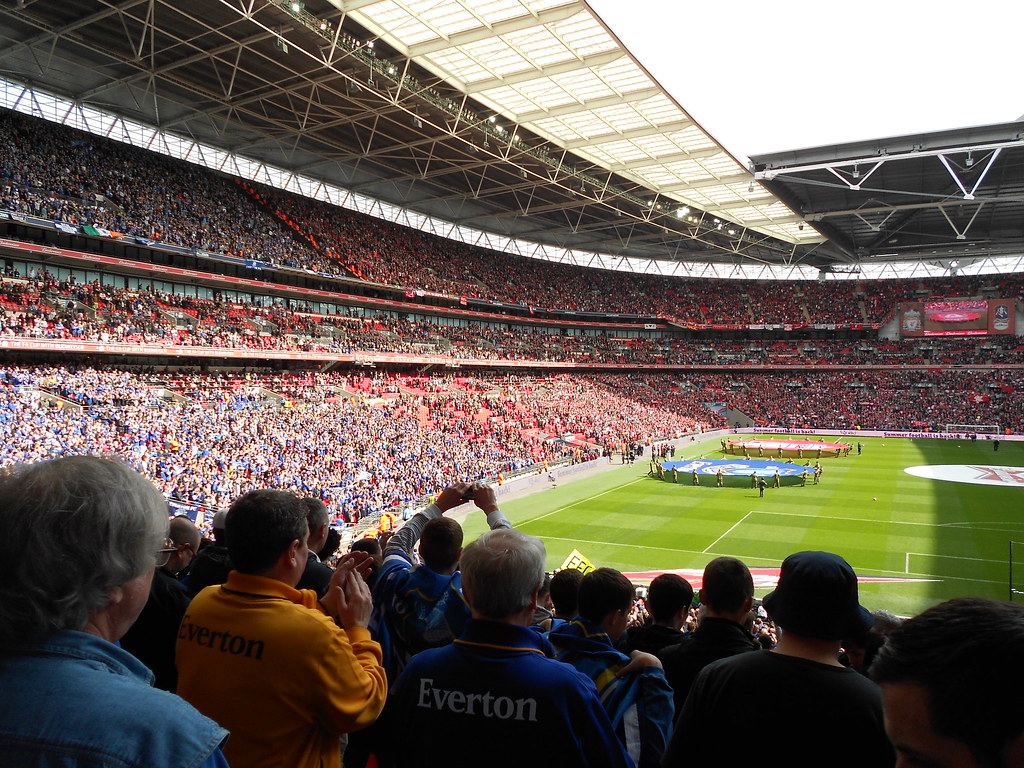 Awesome…absolutely fitting of all my expectations.
Wembley Stadium Photos
Posted by Unknown at 05:06