Went by coach three times (more on my trip with Wigan later!) and by train once. A bit of a trek by train from Euston with there being a fair few changes and mostly overground, but the station is only across the street from the ground so not that bad. 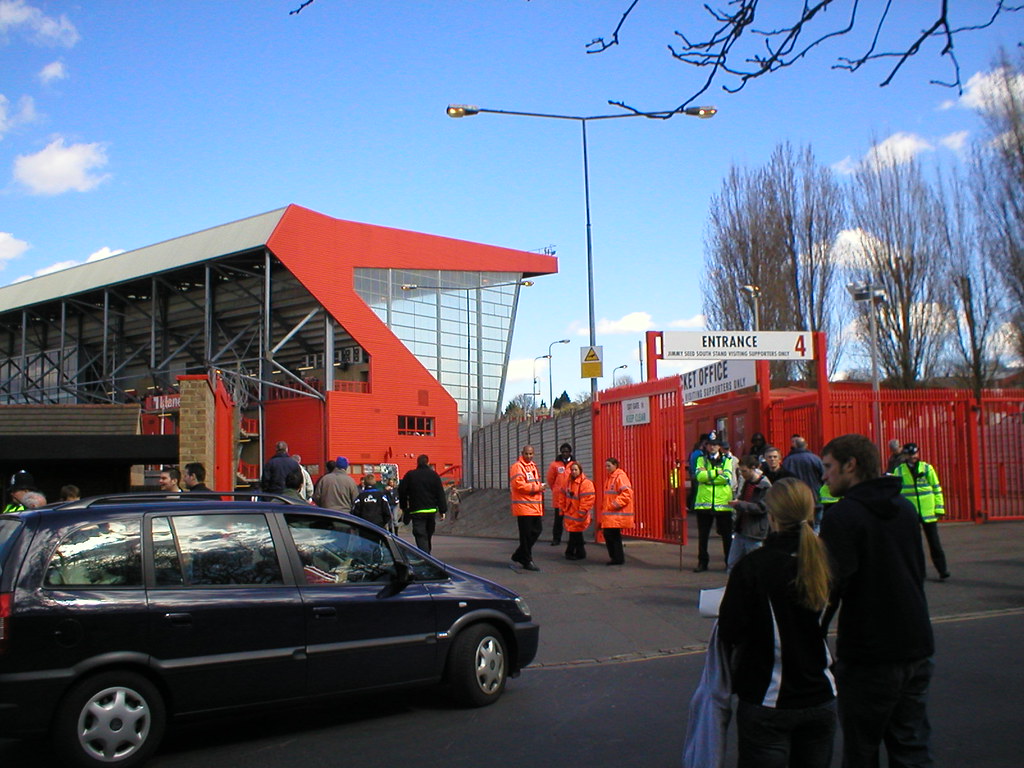 Not a lot more than the usual really. 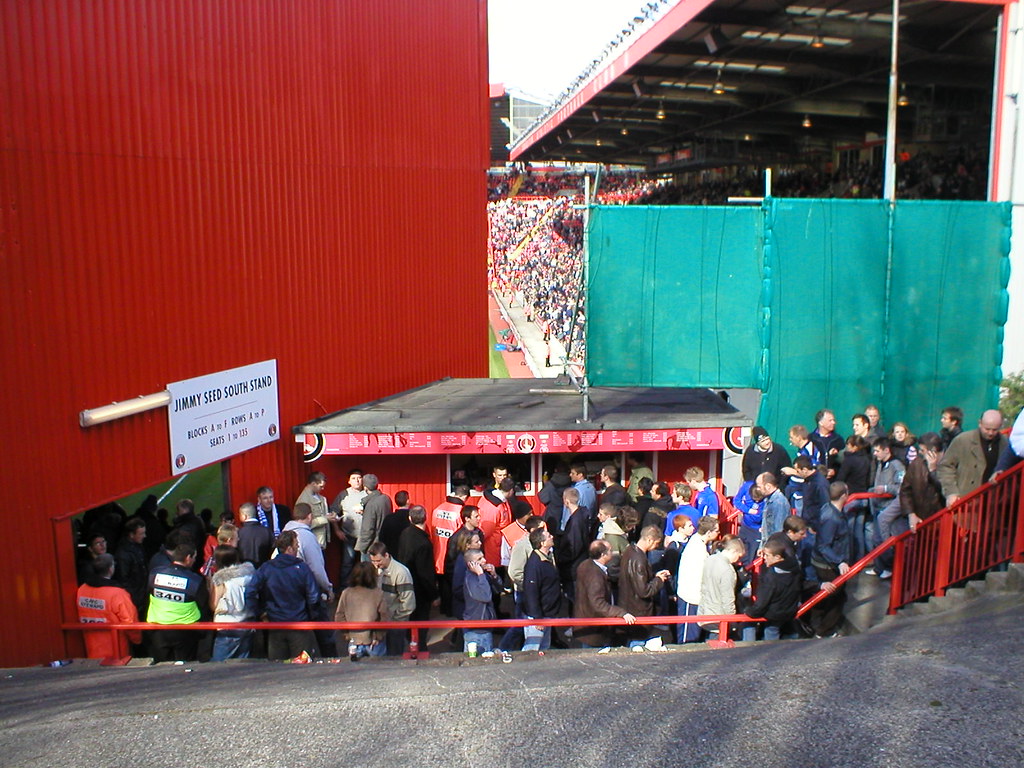 Outdoor refreshment area in the away end, 2006

The away end is the only one that hasn’t really been redeveloped lately and it shows. It’s not that bad though, the pillars are towards the back, so they don’t affect the view too much, all of the concourse bits are outside so not too cramped, and the acoustics in the stand are stunning. Only issues are the legroom, which is REALLY cramped as converted terraces often are, and the toilets were grim as! 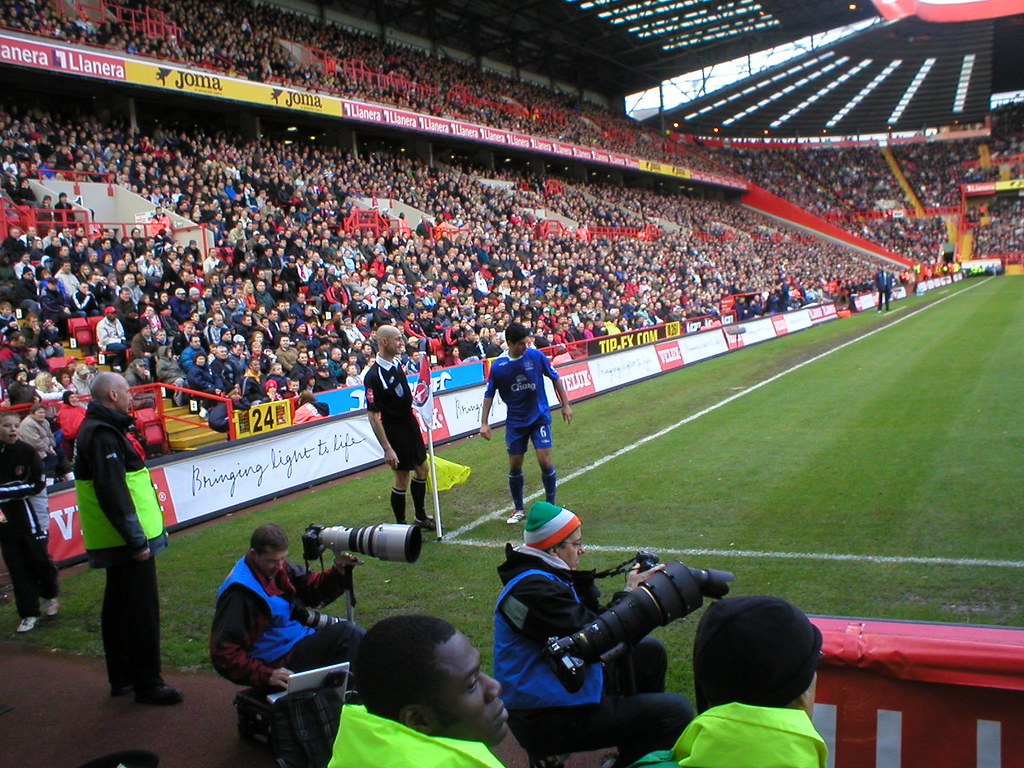 View of the West Stand from the front row! 2006

As above, the acoustics in the away end are stunning, so the away fans can make loads of noise in there. Virtually nothing from the home fans, they have a section at the back of the top tier of the North Stand, but they’re too far away to really be heard at the other end. 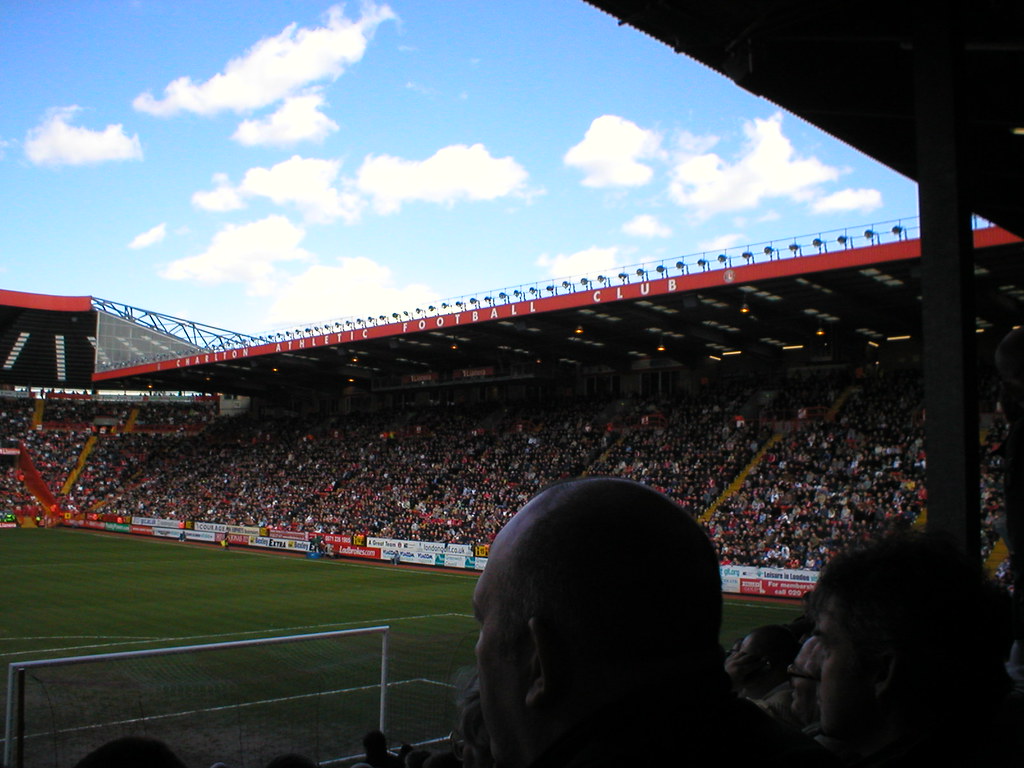 Ooooh the Wigan trip! Possibly the coach trip from hell! I had travelled with the unofficial coaches before and never had a problem in the Championship, so had no worries doing it in Wigan’s first Premiership away game. Big mistake…the first problem was that the driver wasn’t accepting those of us who had paid in advance like myself and had receipts, and was letting people pay on the day. As such, the coach was full before we reached the second pick up point, so he didn’t stop for them! He went the wrong way around the M25, adding an hour to the journey, the toilet was padlocked, so when a couple of lads asked him to stop to let them have a pee, he dropped them off and let them walk! It got worse coming back! The driver said he wanted to be home for 9.30 so would’t stop. But of course, having no toilet, everybody was bursting and kept yelling ‘pee stop’ every time we passed a service station. When he finally gave up and pulled into one, we all gave an ironic cheer…only for him to pul back out again! With a full scale riot on his hands, he stopped at the next one, but wouldn’t open the front doors, leaving us all to jump out of the emergency exit at the back about 7 feet up! He told us all to come straight back and not buy food…but we were all naturally starving so everybody went to Burger King…only for him to not let us on the coac with food, so we stayed even longer as we stood around in the car park eating instead of on the coach! Then he never bothered doing a headcount, and left just in time to see about 10 people legging it out of Burger King! He was’t waiting for them to finish eating, so put theirs in the luggage storage and only gave them back when we got to Wigan! Fair to say I never even considered travelling with the unofficials again…
First time I went here with Everton on the coach, one of the other Everton coaches had a window smashed on the way down, so the drive announced what had happened and told us to shut the curtains. One lad panicked that ‘we could be next’ leading to various jibes about the curtains being brickproof and saving us all! the same trip, I was sick all day and kept falling asleep on the coach. As we neared home though, enjoyed one of the most surreal ever moments, as we all sang the ‘Everton Oh We Love Everton’ song, and once we had sang all through the 85 team, people kept yelling out rubbish players who had played for us over the years, so it all got very silly in the end! “And we love our Tony Thomas! And we love our Earl Barrett! And we love our Espen Baardsen!”
Another surreal moment from that day too actually! I was sat next to a woman who I assume was foreign, as she didn’t speak a whole lot of English and would just shout random single words. Very supportive though! Evey so often at random, she would just yell out “Everton!” or “Come on the Blues!” andeven more bizarrely, Marcus Bent seemed to be the only player who she knew, as she screeched “Marcus!” every time he got the ball! The tone never changed either, unless something exciting was happening, in which case, her voice would go a bit higher! 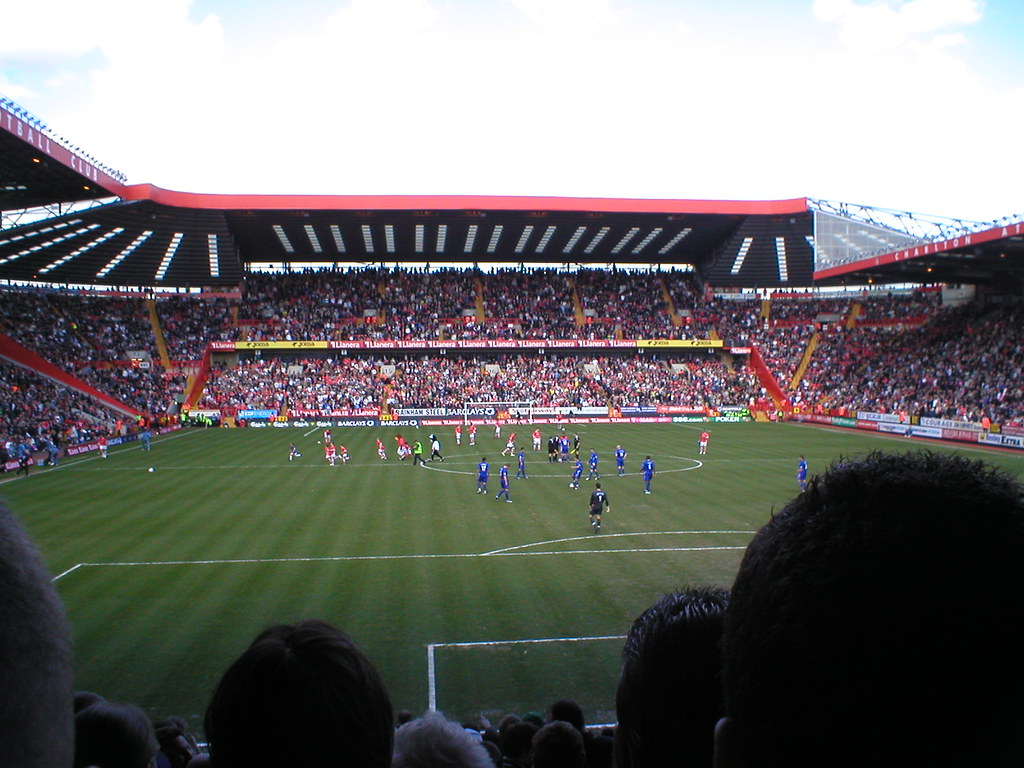 Looking towards the North Stand, 2006

A bit of a run of the mill ground, it’s not the best, but then there’s not a lot wrong with it either.
The Valley Photos
Posted by Unknown at 08:15