A massive pain in the backside! First visit, I have family in Reading and was staying over for my birthday, and with my uncle being a copper, he dropped me off ad planned to pick me up after…little knowing all roads within seemingly miles of the ground would be shut, so I had to stand around for ages waiting to get out! Drove second time, took absolutely forever, charged us £7 to park, and took us nearly 2 hours just to get out of the car park! Coach third time, and the police would not let us off the coaches until 2.30, so instead of sitting on the coach for an hour once we arrived, we sat in a service station just outside Reading for an our instead! For those who get the train too, the ground is miles away, the police are a pain, and you have the option of the Reading fun bus bussing fans in and out of town…pretty grim glimpse of the future for the average football fans isn’t it? 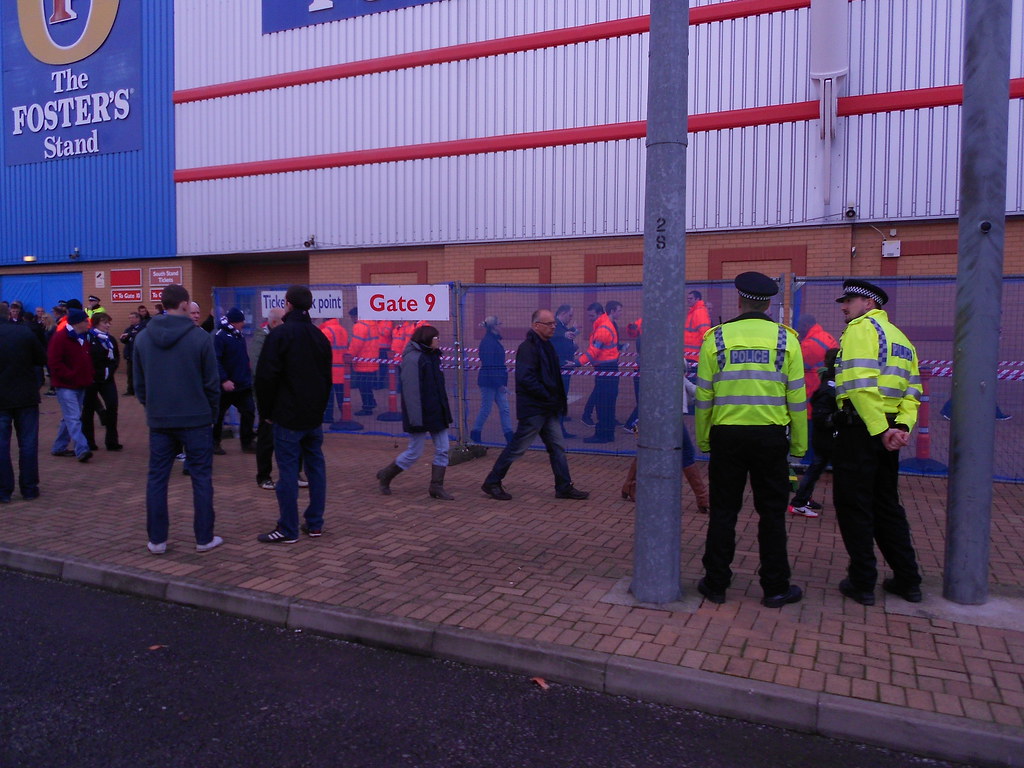 The over the top away fan 'security' at the Madejski, 2012

There is a retail park with the usual at the bottom of the hill, but if you want a drink, you’re screwed. Nowhere for away fans to drink but inside the ground within miles of the place, there is just one supporters bar on site for home fans, but it has a limited capacity (though I managed to get in there last time keeping my colours covered and my mouth shut!). And if you plan on getting a drink inside, be brave. It’s horribly small and cramped for such a new ground. 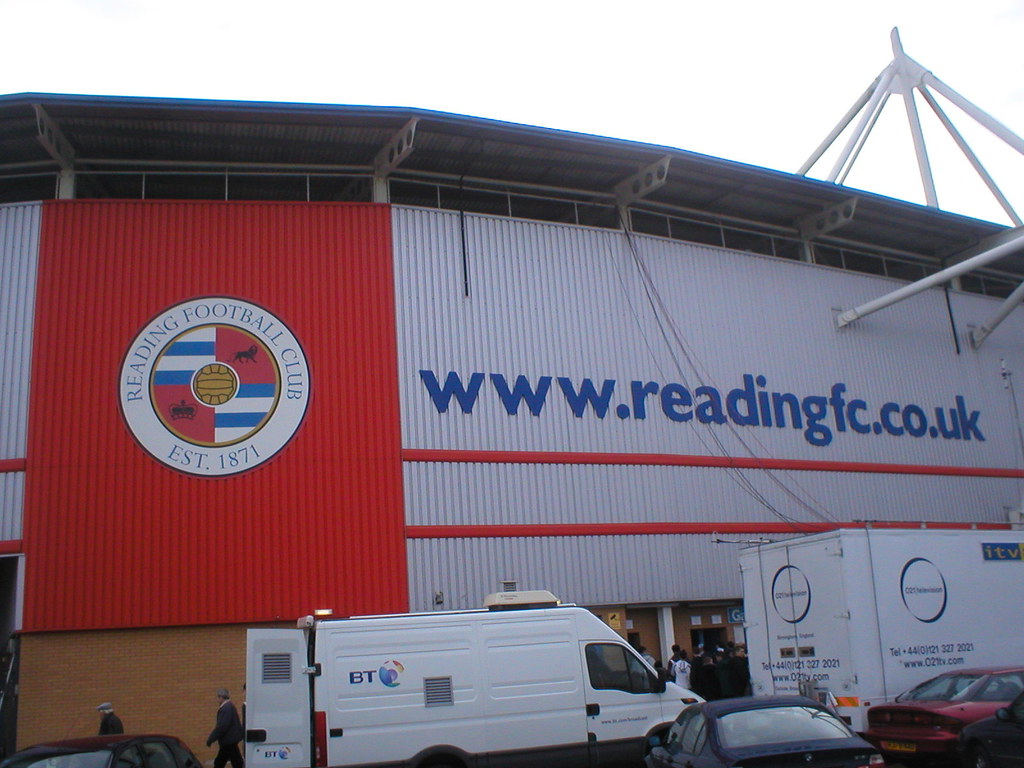 The seats…great. One of the steepest of all the new grounds I’ve been to so loads of legroom and not much problems seeing the game even when everyone is standing up. As already mentioned though, underneath the stand is just horrid. 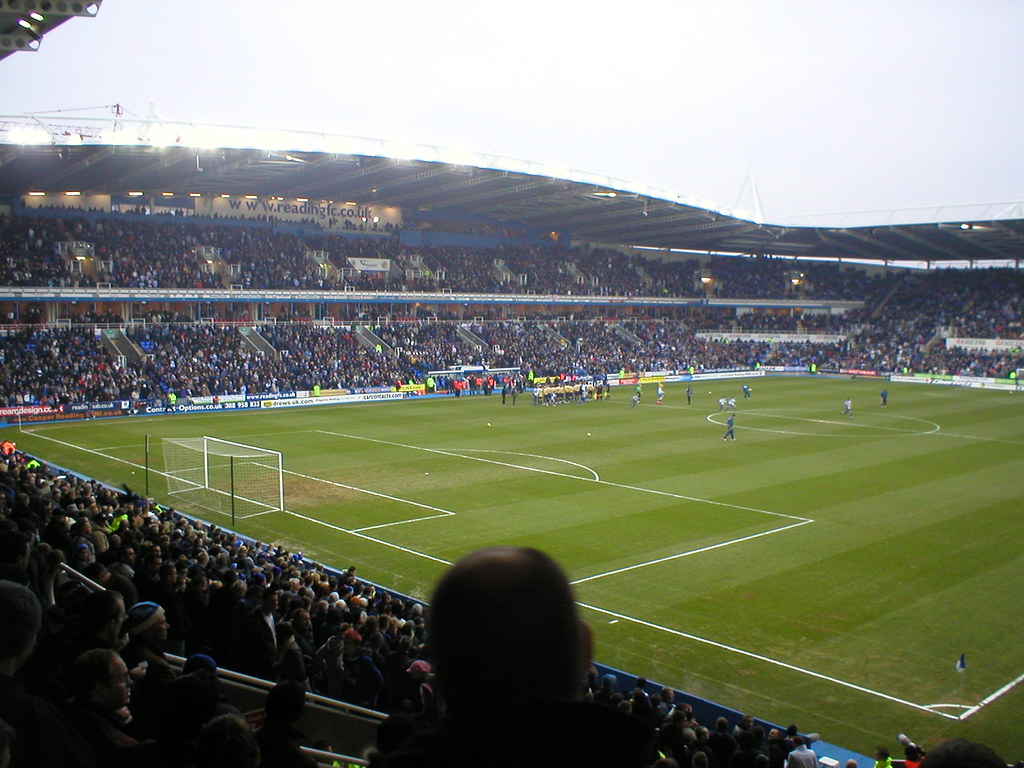 Amusingly on my first visit, it was a full house thanks to Kids for a Quid. One Reading fan I know likened the atmosphere to ‘a Busted concert!’ Wasn’t much better on my next two visits either, there are a gang at the top of the East Stand next to the away fans who give it some, but that’s it really. Away fans can make plenty of noise if we want to. 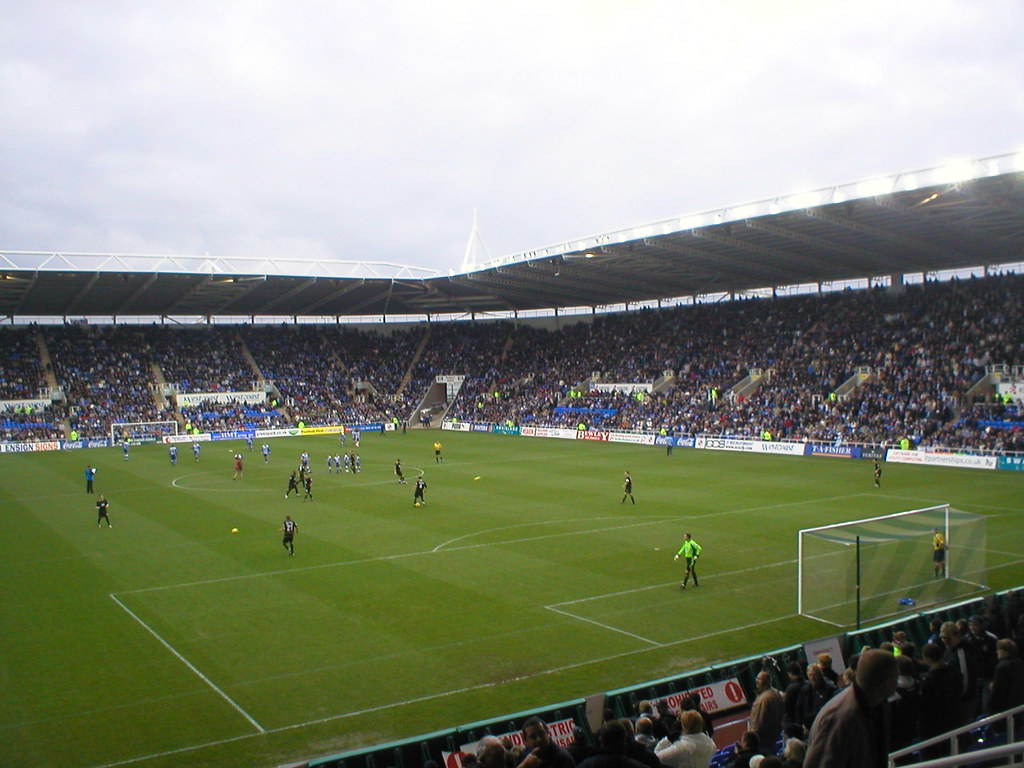 Away fans have been placed in either and both sides of the South Stand, 2004

The ground guilty of possibly the worst police/ steward handling outside a ground ever seen. On my last visit, given that we had not even been allowed to arrive until about 2.30, most of our fans just wanted to go straight in the ground. They had plastic cordons like the ones at roadworks, three steward ‘checkpoints,’ and only letting a couple through at a time. Only thing is, there was no logic to when they let people through, so there were numerous crushes going on all over the place. Every other ground in the country can manage to let away fans in with no hassle, Reading seemed to go out of their way to just annoy everybody and make it as miserable an experience as possible!
Another more humourous anecdote from that last visit! I was with a big group of mates on the coach, most of whom had never been to Reading so didn’t really know how far it was. While we were still on the road, we saw no signposts for Reading but saw one fr Southampton. One of the lads cracked, he jumped up banging on the window yelling “Look! There’s a sign for Southampton! Southampton’s on the coast, we’ll run out of country soon, Reading must be around here somewhere!” 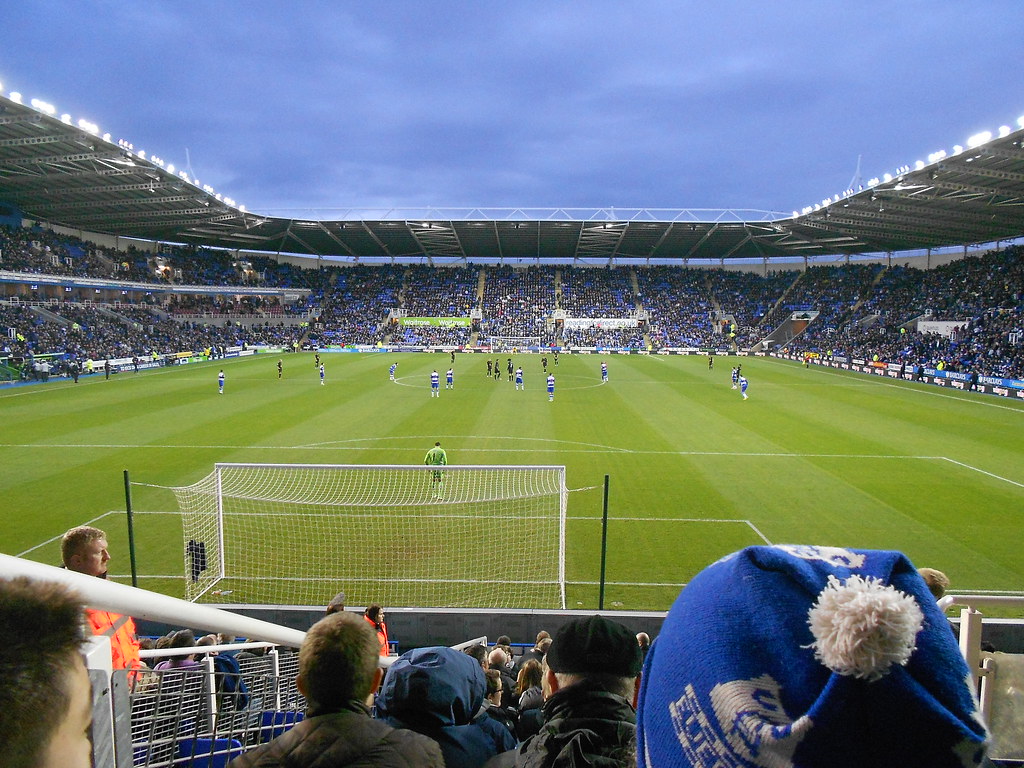 Looking towards the North Stand, 2012

I hate it, alright? It takes forever and a day to get to, there is nothing there once you get there, the police and stewards do their best to make things even worse, and it’s about as bad as modern football gets.
Madejski Stadium Photos
Posted by Unknown at 07:48