Drove and parked at the ground. Not very well signposted once you leave the motorway though. Not bad on the train, since it was only £4.80 from Ormskirk. Got off at Rock Ferry and its about a 15 minute walk. Best to check the walking route first though, as you get no hint of the ground at all until you're right on top of it. You do pass 3-4 pubs on your walk down though which I suppose helps! 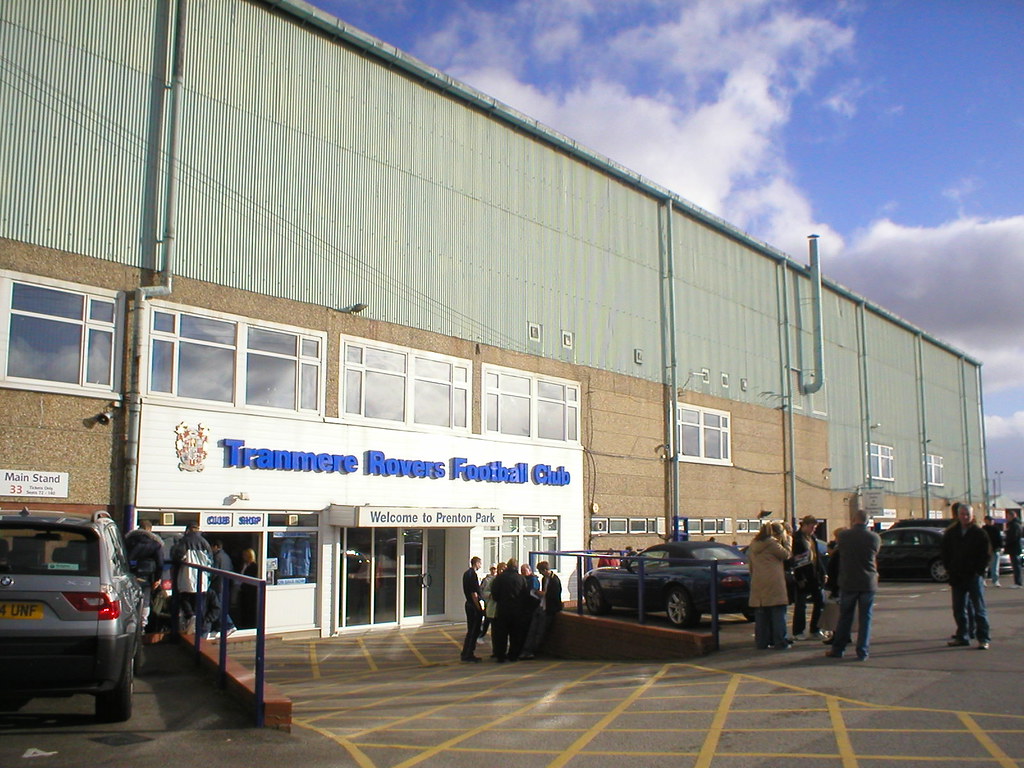 One of very few grounds that do chips! And they were good as well! Had a pie on my second visit, which was alright, and a fair size too which isnt bad when you're paying £2.50 for the thing! Other than that, went to the Mersey Clipper pub across the street from the main entrance, which had both sets of fans mixing and was decent. The Prenton Park behind the Cowshed is usually the away pub, and as mentioned, you pass a couple more on the walk from Rock Ferry. 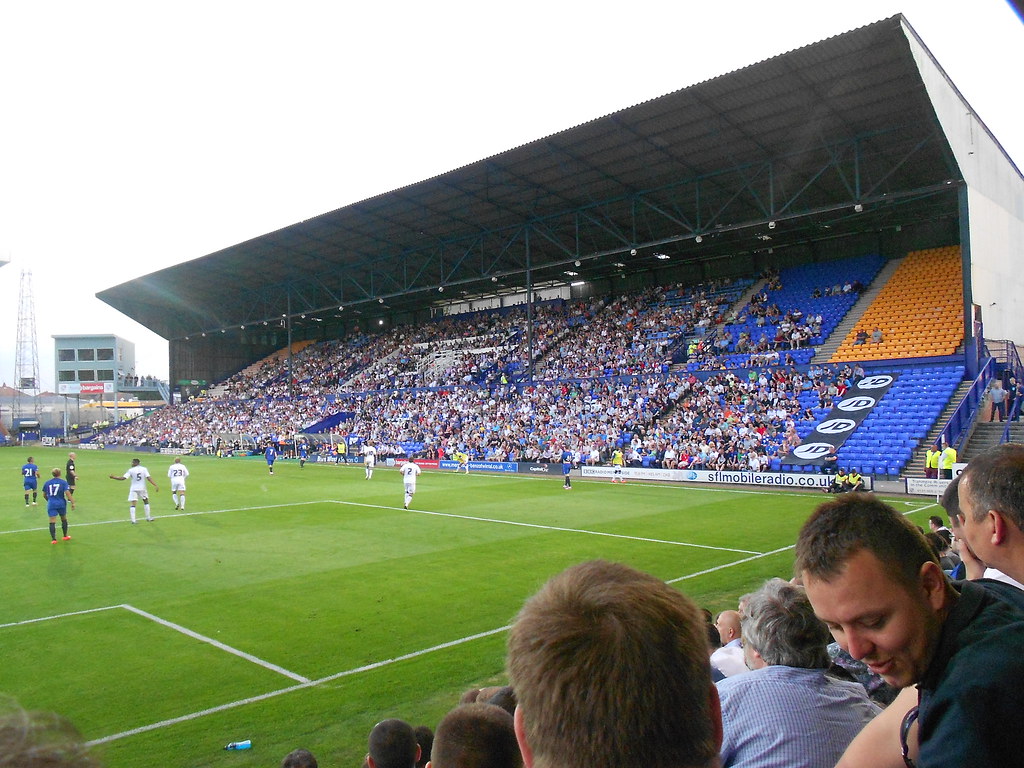 The Kop is huge and dwarfs the rest of the ground. It’s not a bad ground though, not a bad view in the place, the Main Stand is pretty impressive, the shape of the Cowshed is unique, but in the main, the ground is far too big so it suffers slightly. 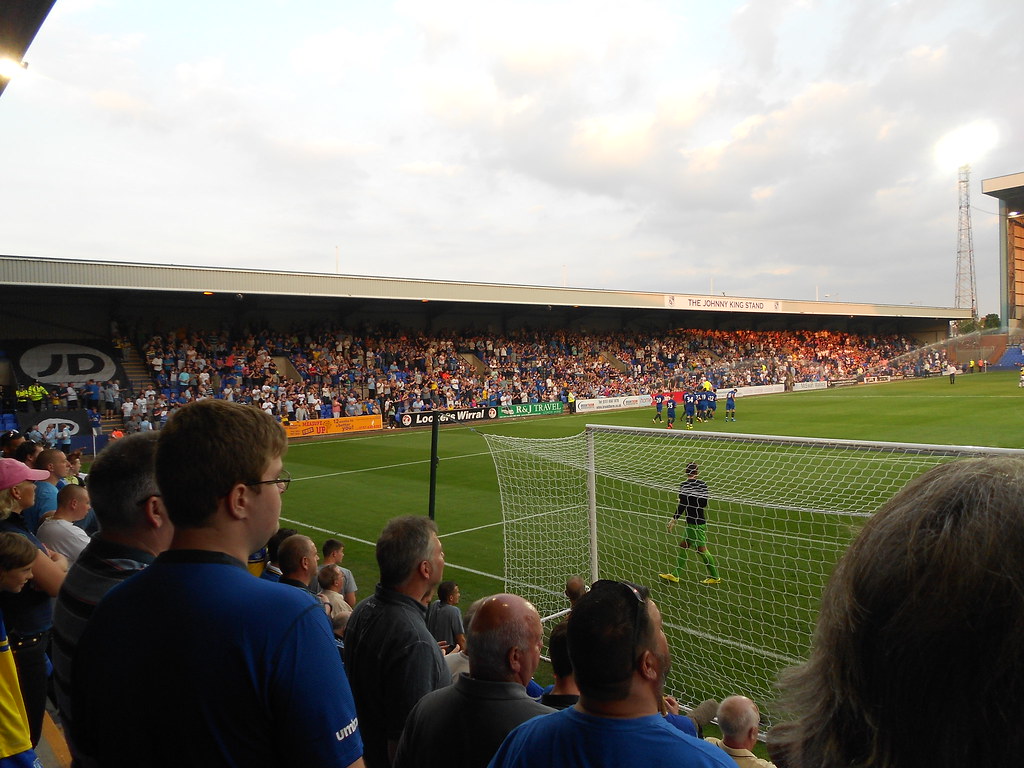 As above, the ground is just a bit big for your average Tranmere home attendance, there was around 10,000 empty seats when I went, and the atmosphere suffers. Though there were a few behind me at the back of the Kop who kept the noise going pretty constantly. 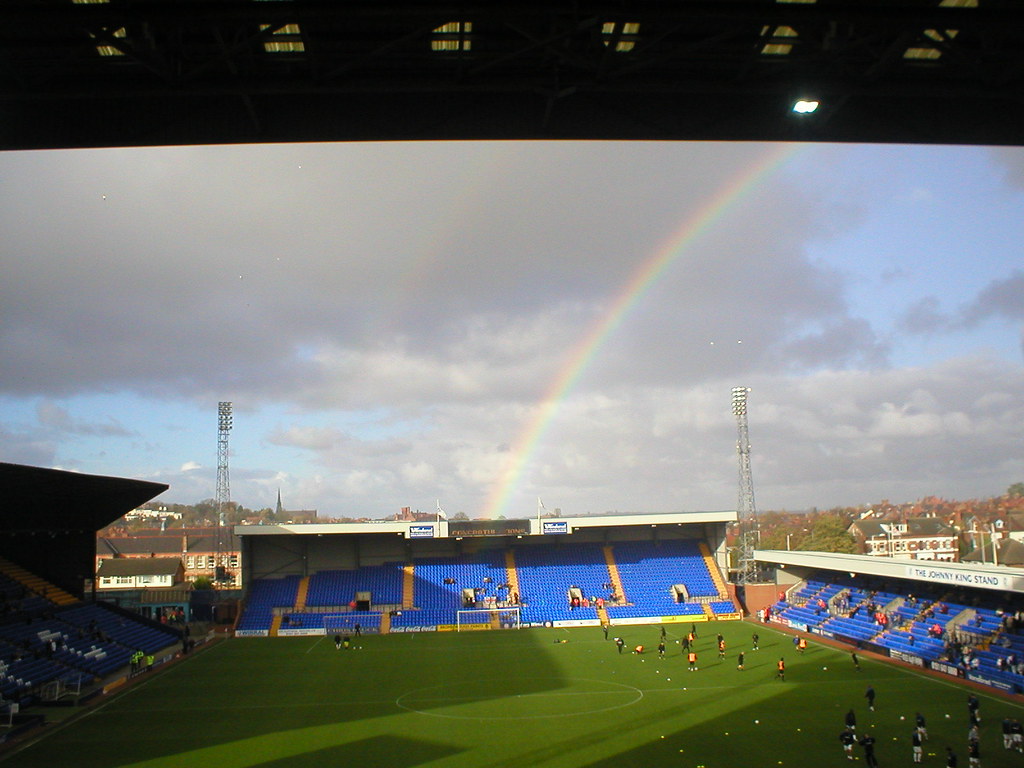 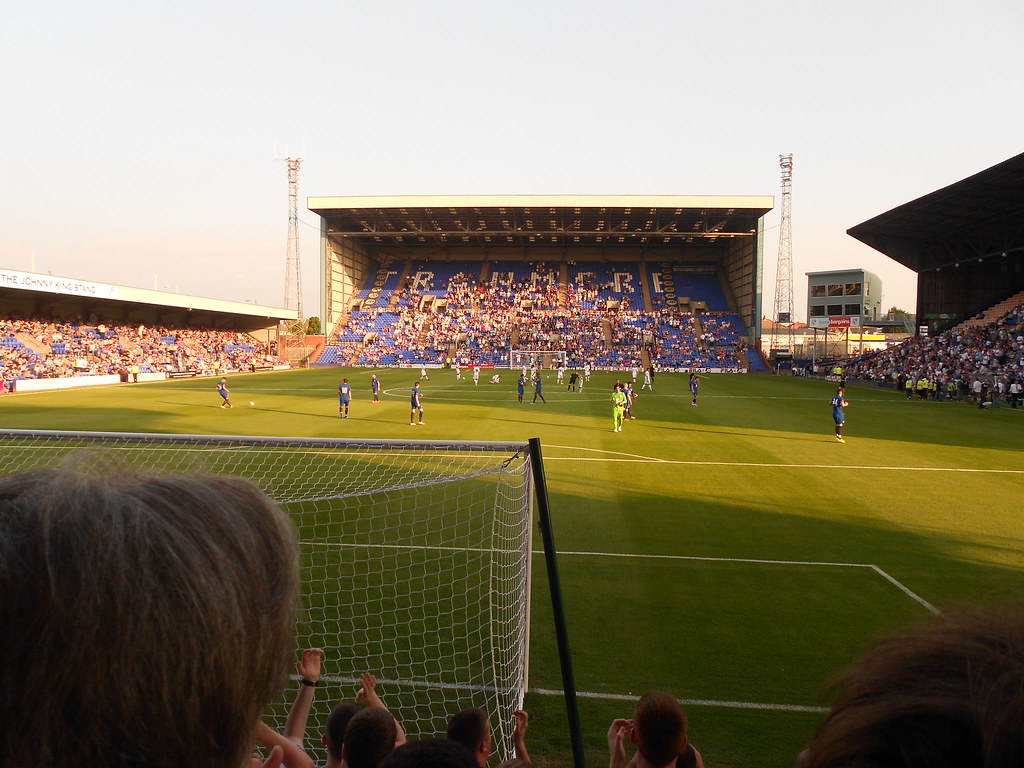 Decent ground all over really, just a little bit too big for Tranmere.
Prenton Park Photos
Posted by Unknown at 08:22