An absolute nightmare. Followed the SatNav which took on the M60, through the middle of Stockport town centre, then on horrible windy pitch black A roads for about 30 miles. A journey that was supposed to take an hour and a half, took me 3 hours. Going home, I headed for the M1, went to Leeds and went home on the M62. Supposedly a long way round, took me under 2 hours. Parking was excellent, considering there was a big crowd, and I arrived less than 20 minutes before kick off. Pay and display car park about 5 minutes walk from the ground, and wasn’t bad getting out either 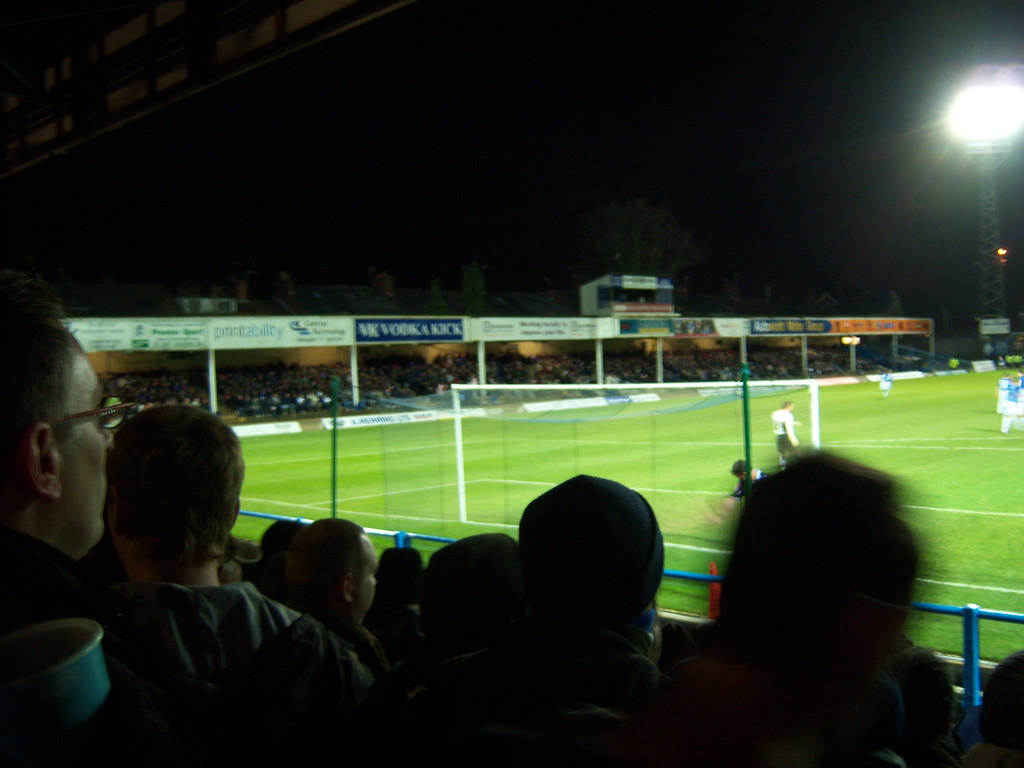 I was late, so only had time to visit the club shop really. 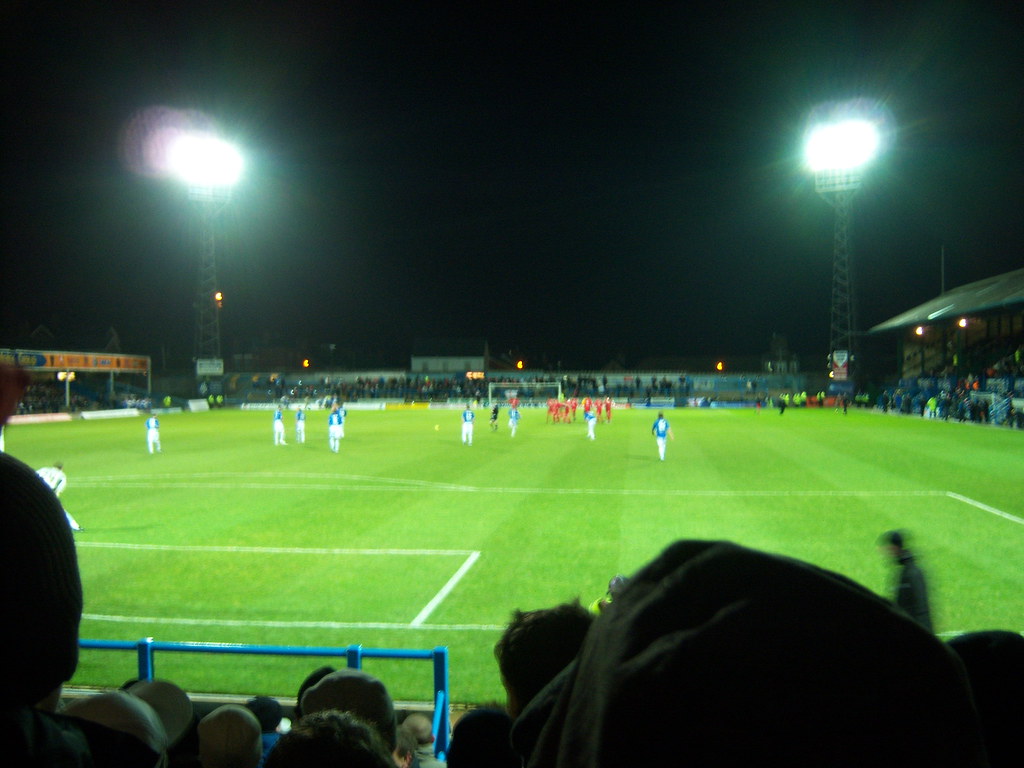 I liked it a lot, has a good balance to it. Raised seated main stand, converted terrace on the other, uncovered terrace for away fans, massive covered terrace for the home fans. Unbelievable how many people were on that Kop, and how I managed to get a perfect view being so small! 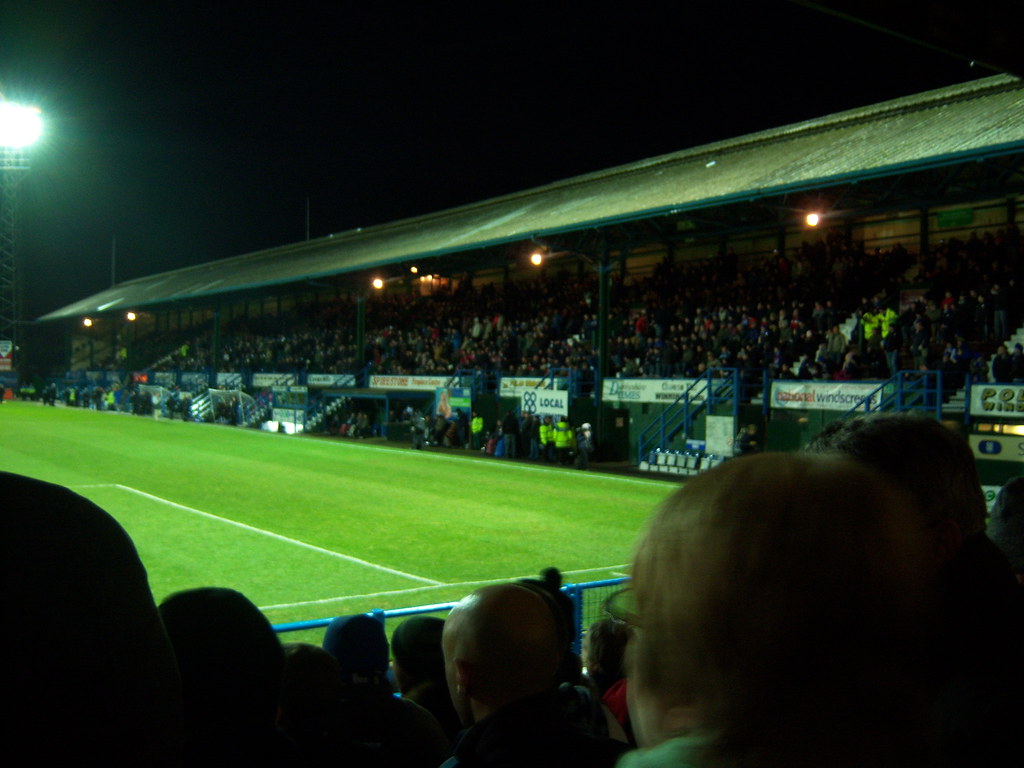 Poor first half, but picked up a lot in the second after Droylsden equalised. Mainly against the manager, but it was very loud when it got going. Couldn’t hear the Droylsden fans for obvious reasons, being behind the opposite goal and they were uncovered.

This game was a strange one with a lot of needle. It only cost a quid to get in, because it was a replayed FA Cup tie after the first game had been abandoned due to fog with Droylsden leading 1-0. This one was 1-1 with about 12 minutes left, and Droylsden were wasting time, kept going down and kicking the ball out etc. On this occasion, Chesterfield threw the ball to Jack Lester, the Droylsden captain ran over and starting shouting in his face to give it back to the keeper, so Lester lobbed him to score! Lovely bit of all hell breaking loose, Droylsden trying to fight everyone, their manager threatening to pull his players off the pitch, and ultimately, the ref bottled it and ‘let’ Droylsden walk in an equaliser. The story had a bit of a karmic ending though, as this marathon tie kept going! With Chesterfield leading in the replay, the game was called off for a floodlight failure, and Droylsden eventually won the third replay…only to be kicked out of the competition for fielding an ineligible player, so after all that, it was Chesterfield who went through to the 3rd round…and got promptly thrashed by Ipswich!

I liked it, would definitely go again. (If they hadn’t moved!)
Saltergate/ Proact Stadium Photos
Posted by Unknown at 04:55