Been by train and by car. By train, the station backs onto the back of the ground! By car, easy to find. Only real difficulty was the fact that the two Crewe junctions, the one I came in on, you can’t go North on the M6 from, so I had to go home a different way. Signposted though, and no problems. Was advised of a service road opposite a load of car showrooms for free called Weston Road. Perfection. Free, well lit, and no more than a 5-10 minute walk to the ground. 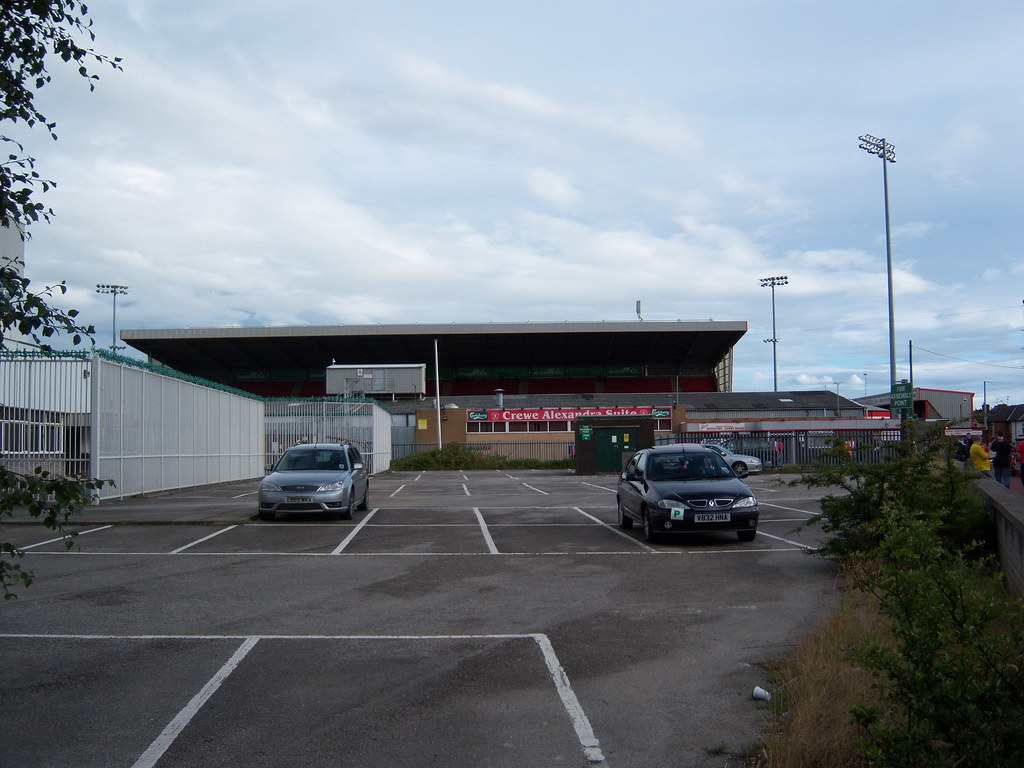 Didn’t look around so much this time, as I was short of money! Last time I went though for a friendly a few years ago, we were in an away pub called the Barrel, which was decent. The main street near the station has plenty on there, and there were a couple of chippies on Gresty Road. All you need really! 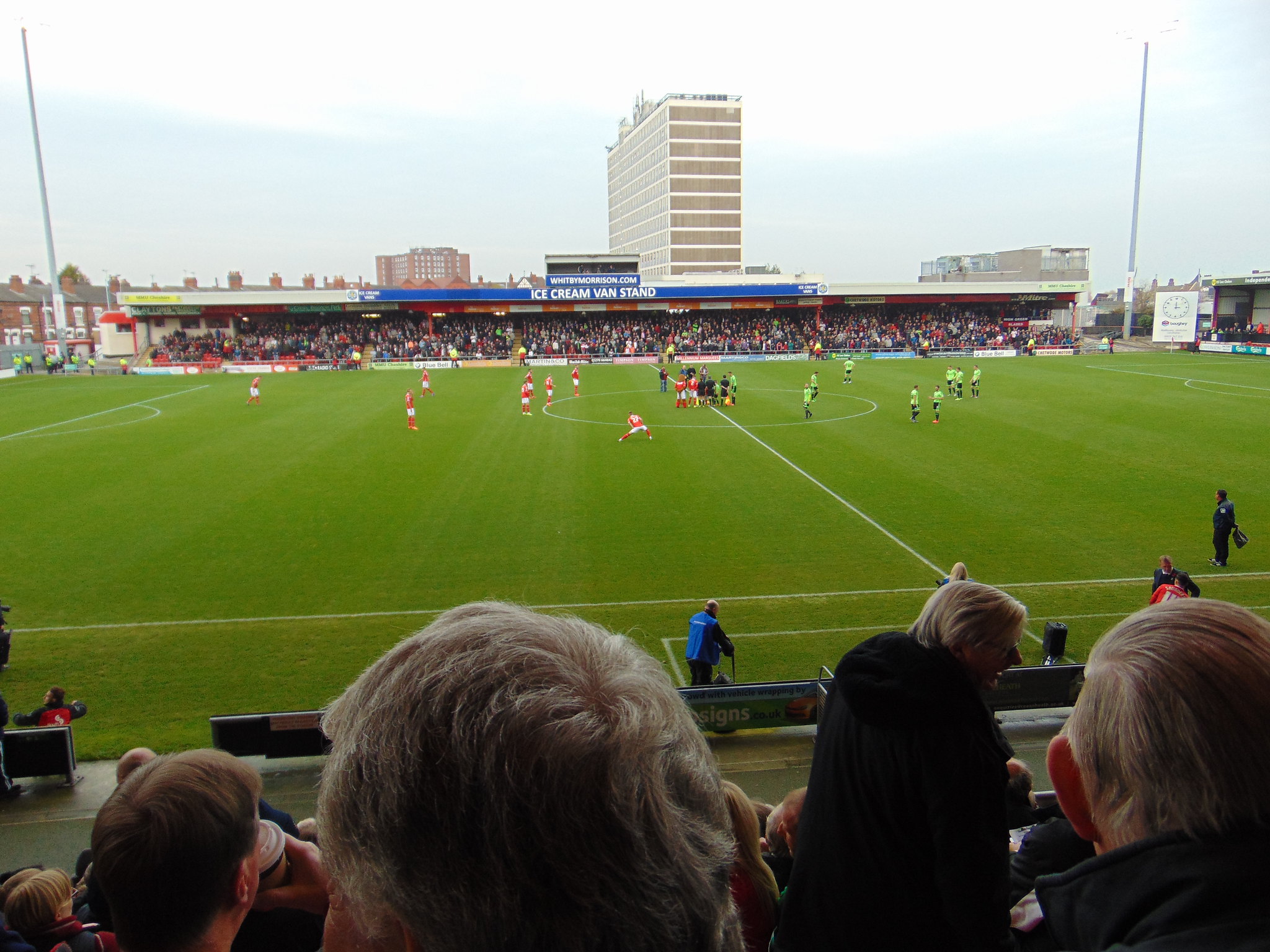 Always quite liked the ground, with the exception of that massive stand that looks horribly out of place. The rest is just standard stuff for a club Crewe’s size. Cosy, generally decent views (the away end has a few pillars, but having sat in there, they are quite well spaced out and the view is still decent) The Gresty Road End is only quite small (I was on the back row…row H!) but acoustically, it was excellent, and with perfect views, no faults with it really…except having to pay £1.50 for a cup of Coke! 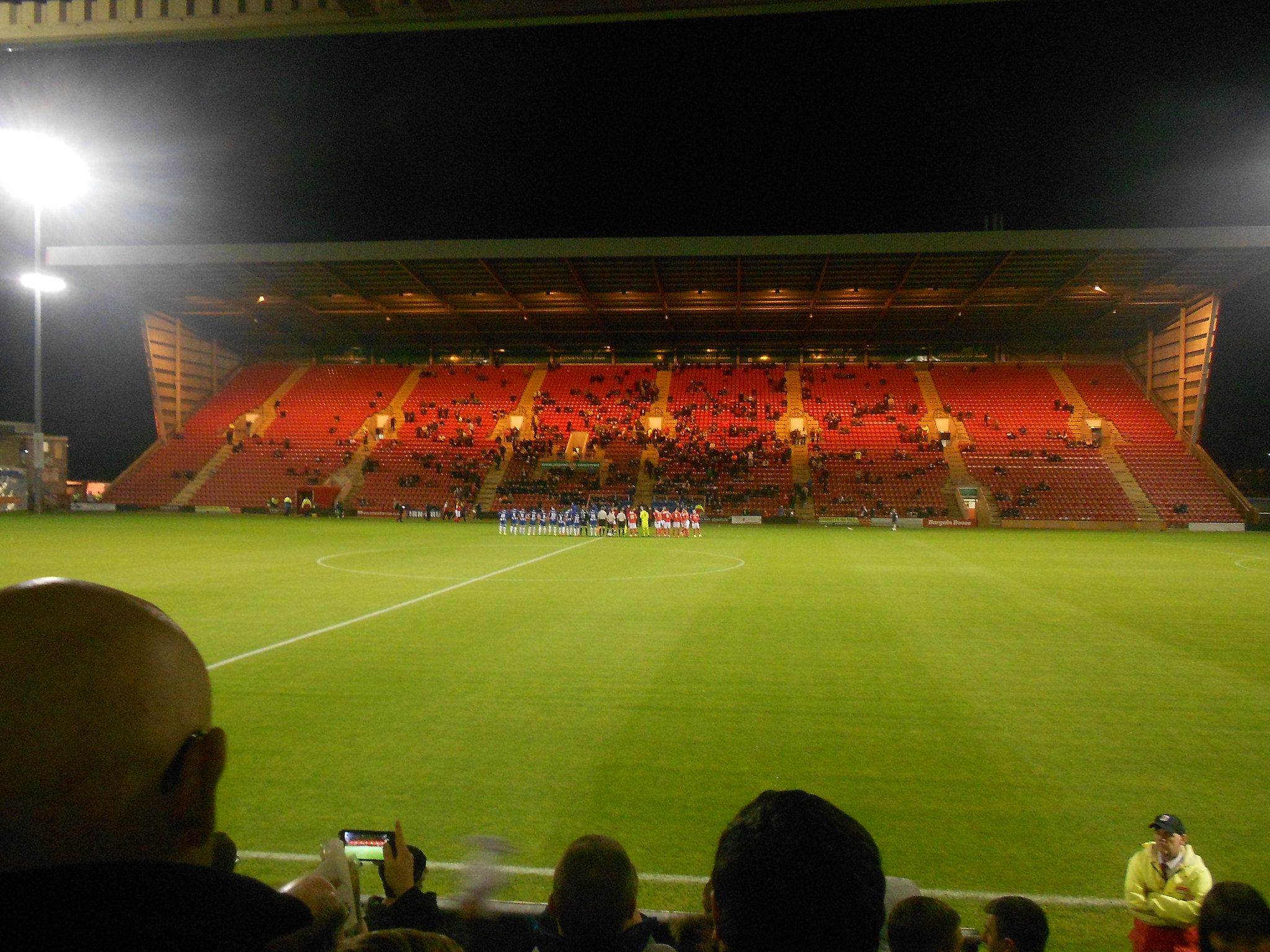 The oversized Main Stand vs Wigan, 2015

Most of the ground was quiet, but the stand I was in was excellent. Barely stopped all game, varied songs, and spent the entire game on my feet. Great stuff, really enjoyed it. Barnsley fans were very poor though. Its been okay on all of my visits really. 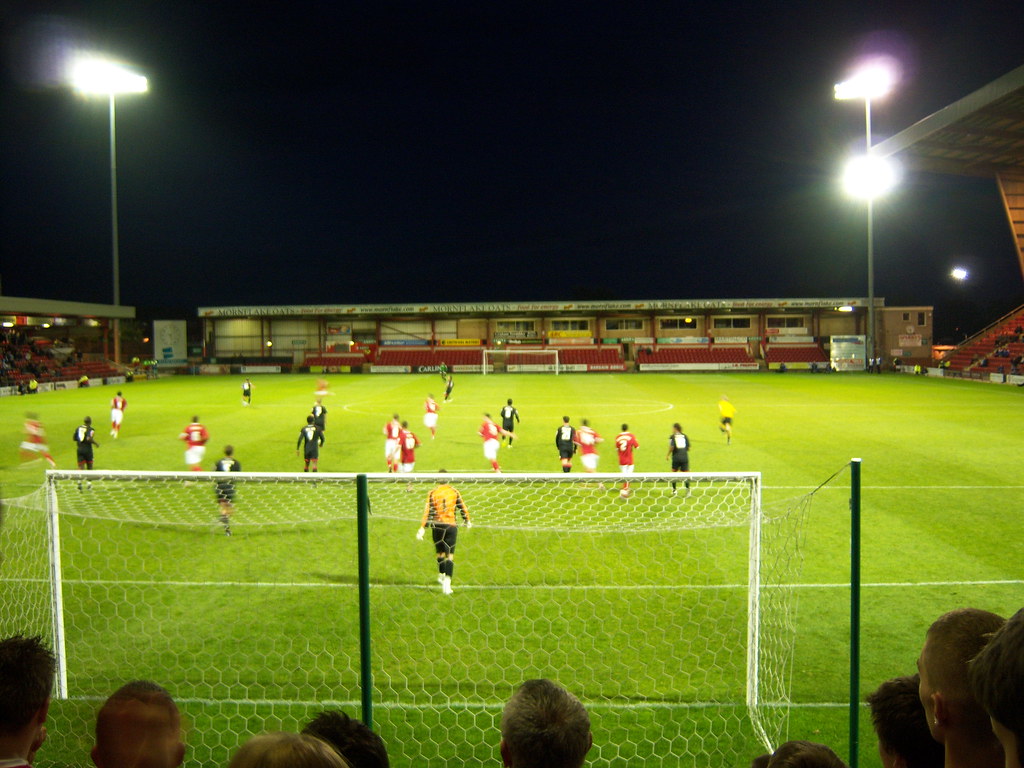 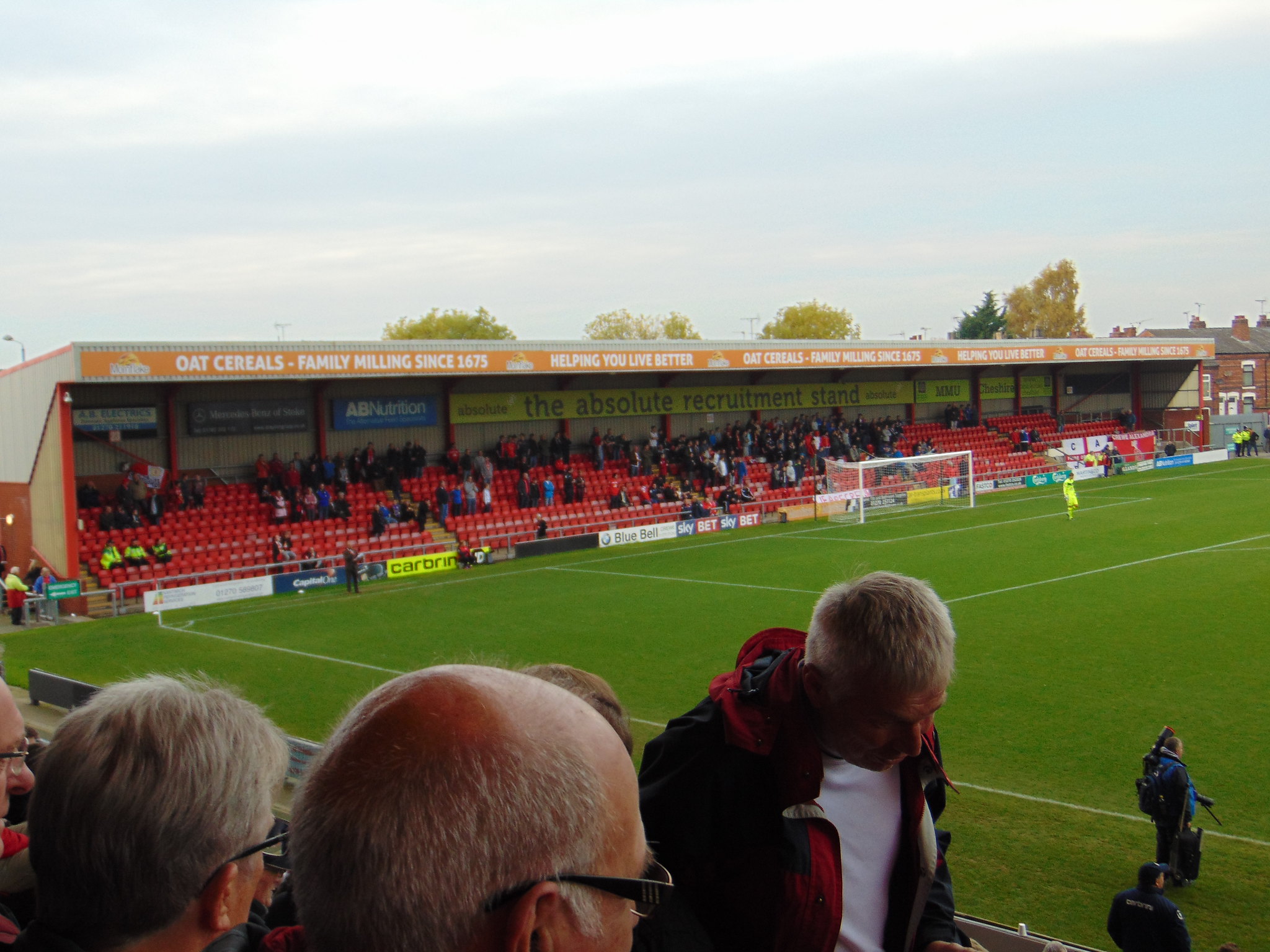 Great little ground for its size, similar to Rochdale in that despite being small, it still has a good atmosphere and generally good facilities. Easy access too, I enjoyed it a lot.
Gresty Road Photos
Posted by Unknown at 15:02