Got on the coach…took bloody forever! I never realised before how wide this country is! The coach driver also missed the turning at the ground and was a brave man to attempt the bizarre turn in the road he managed to! Drove on my second visit, and its a nice straightforward drive. Despite the ground being surrounded so completely with side streets, there are no residents only areas, and parking, along with getting away afterwards, is absolutely no problem. 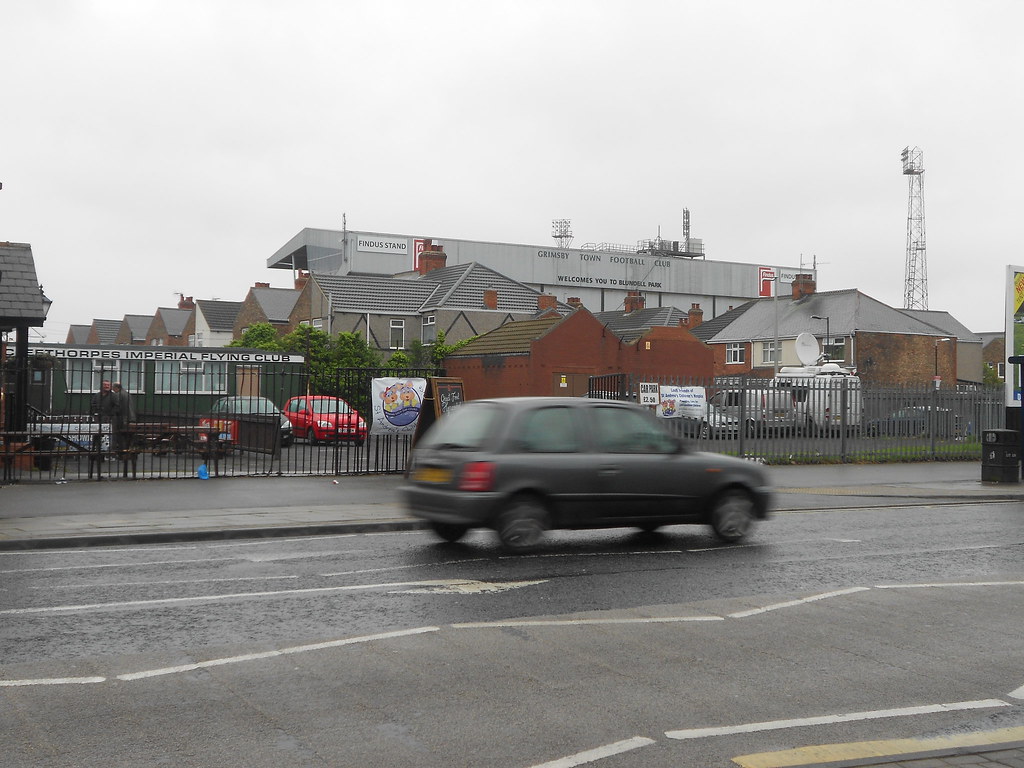 The Findus Stand towers above the houses surrounding the ground, against Gateshead 2014

Couple of chippies and pubs and a McDonalds around. I made the mistake of waiting until I got inside the ground and ended up with the most vile hot dog I think I’ve ever tasted…and given most hot dogs are vile…went to a chippy on my second visit. With so many pubs around the ground, you cant fail really. 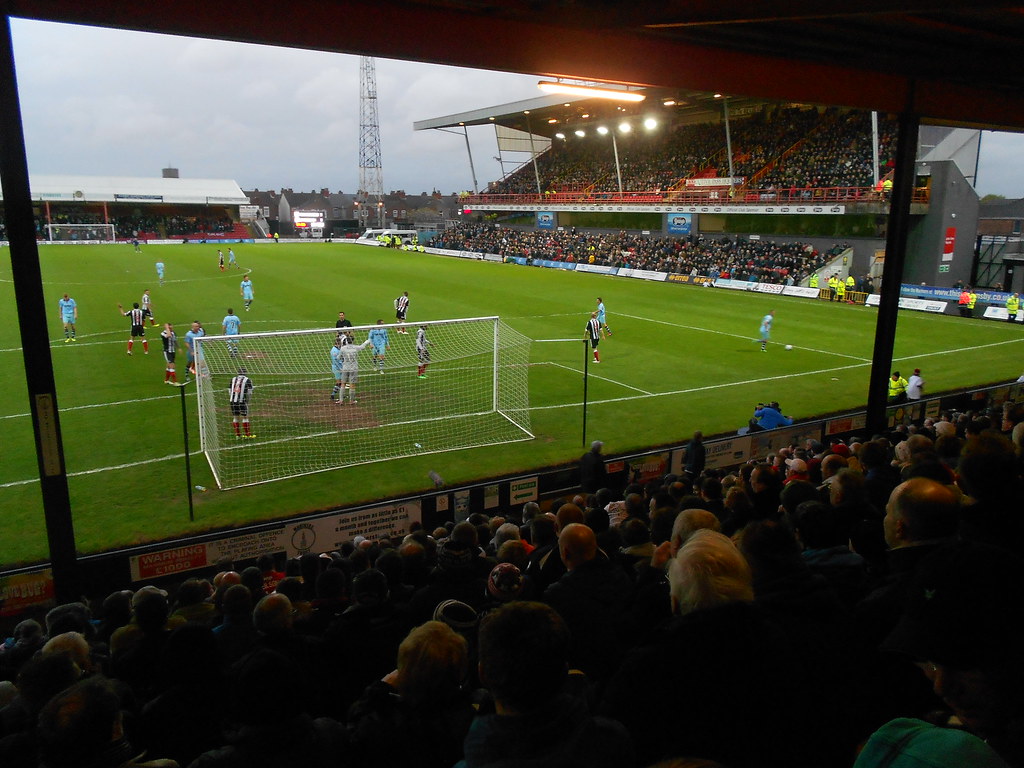 The towering Findus Stand from the Pontoon End against Gateshead, 2014

Away end is very basic, lots of pillars but it was unreserved seating that night and only about 100 of us so had no problems there! The ground itself isnt bad, despite its age and problems. There are pillars on all four sides, just the Findus Lower has an unrestricted view, but the ground has a decent feel to it. The black and white stripes pattern on the seats in the Pontoon is good, while although the Findus Stand is much bigger than the other 3 sides, it still fits somehow. 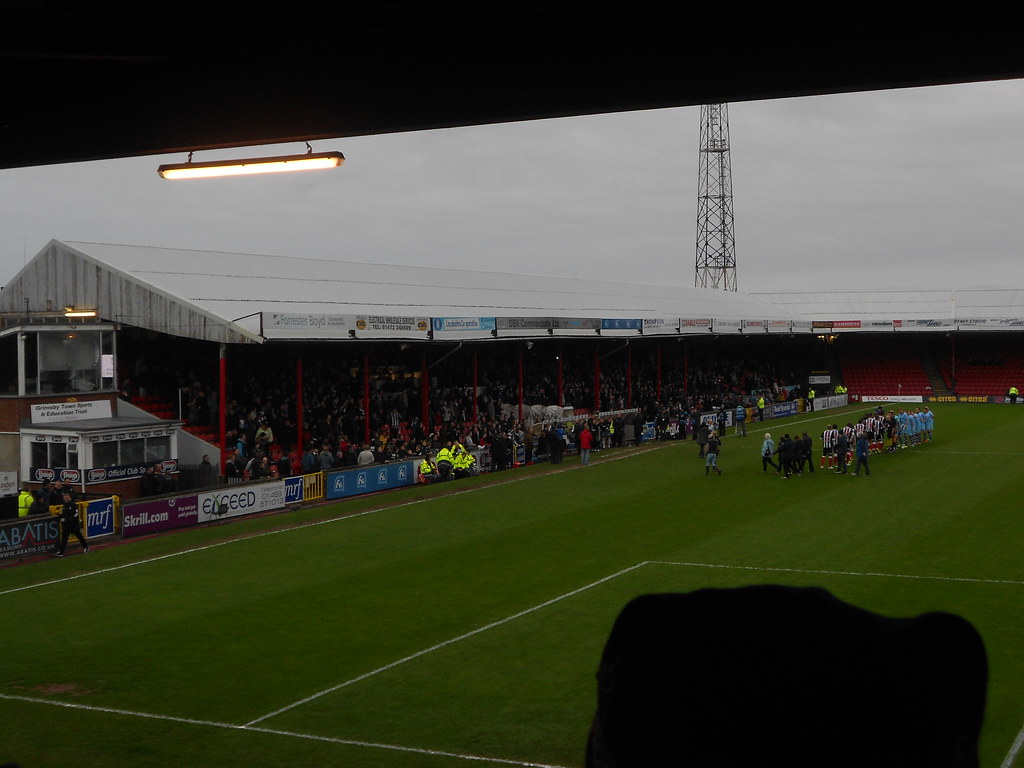 The teams line up in front of the Main Stand against Gateshead, 2014 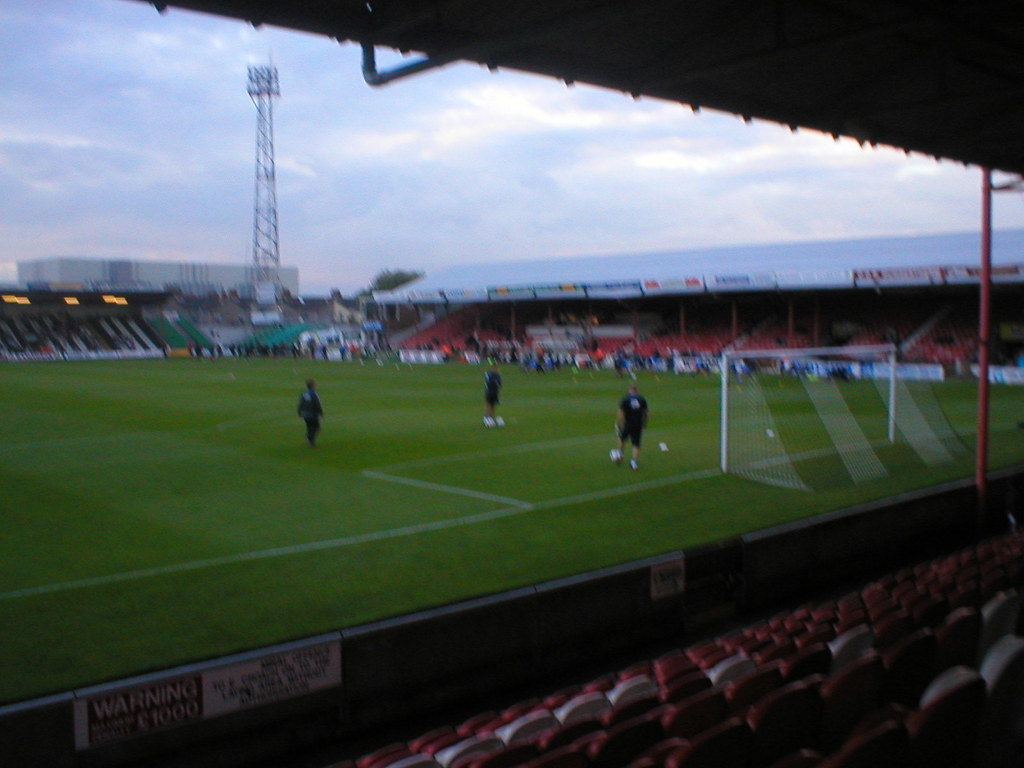 View from the away end for a Cup game with Wigan, 2004

I recognise that my review of Grimsby isn’t the most complimentary…but I think I really needed a revisit, as it was my first away game and I wasn’t sure what to expect. It was a pretty bad day all around, and I think I judged it unfairly not knowing what to expect. I’ve been to far worse places since, but my opinion of Blundell Park was still always low because of that first visit. So Grimsby fans, don’t take it to heart! Having now given it the benefit of a revisit, I quite enjoyed it there. 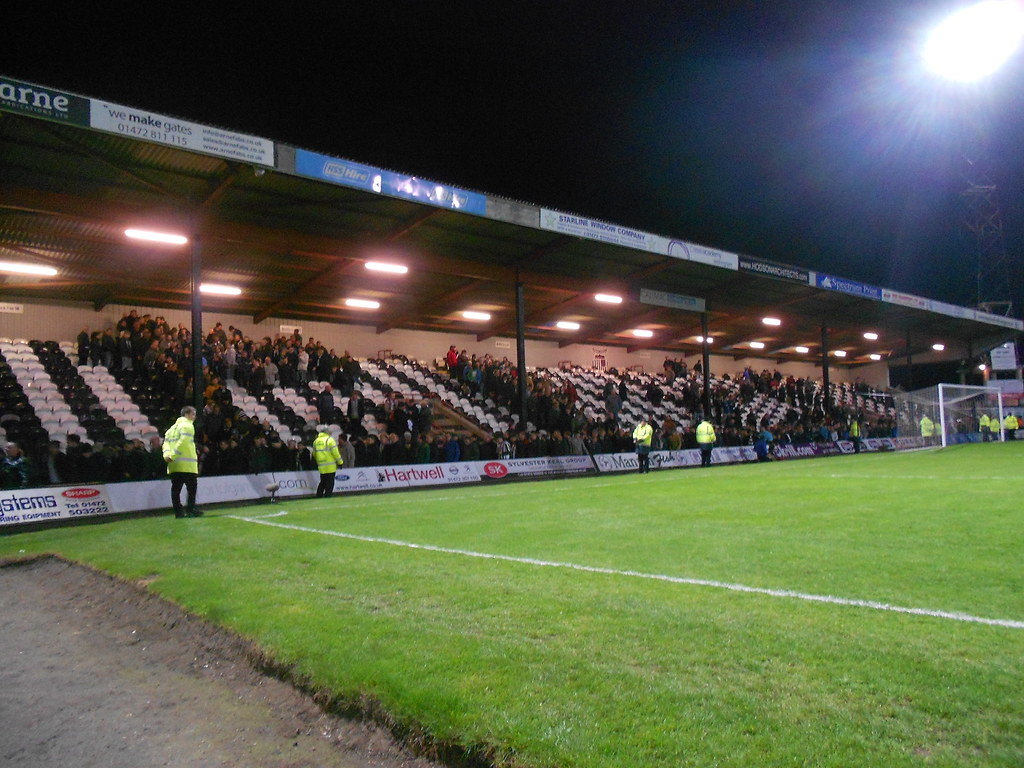 The Pontoon End at full time against Gateshead, 2014

Given the benefit of a revisit and 10 years away day experience, not a bad ground at all for its size, and location wise its as good a ground as you’ll get so far from town.
Blundell Park Photos
Posted by Unknown at 04:29