Straightforward, M6 to Stoke then A50 all the way to Derby. I took the advice of one fan who recommended street parking on Brighton Road. It’s a fair walk down to the ground from there, about 15-20 minutes at least, but given that you will only spend longer than that queuing on the same road after the game, well worth it. 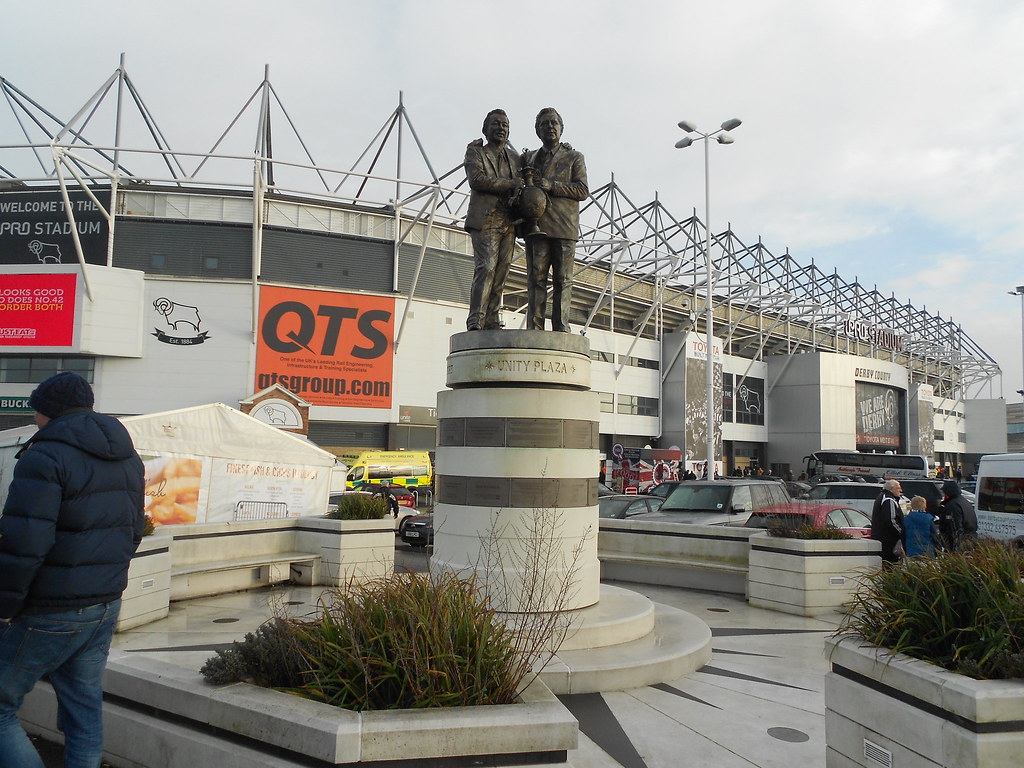 Brian Clough and Peter Taylor statue outside the ground, 2015

There’s a pub called the Navigation on London Road as you head towards the ground, and it’s definitely best to stop here as once you pass it, nothing but the obligatory retail park, then car showrooms and gasworks near the ground, so not so much. Inside the ground however, the club do a very good ‘Drinks 2 Go’ stand, which serves drinks very fast and reduces queue. 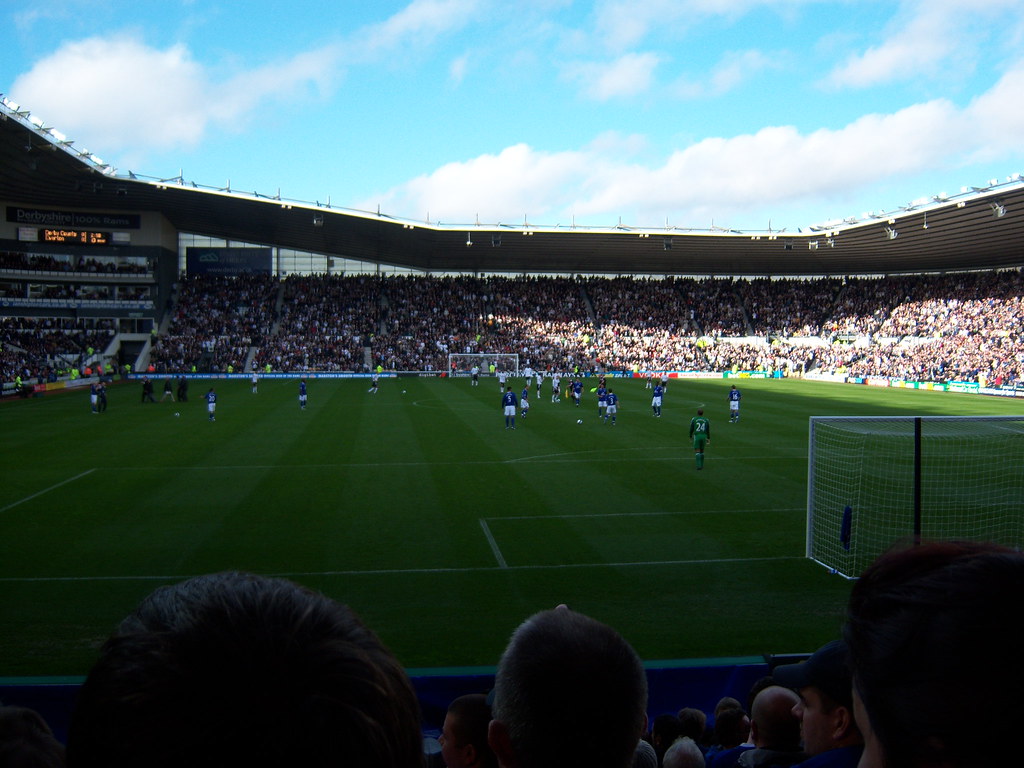 Looking towards the North Stand, 2007

As a result of that drinks system highlighted above, the concourses don’t get too packed, which is always a plus. The ground is no different to any of these other new grounds, but in terms of planning and facilities, probably only Man City is better. The stands are quite steep too, so even low down, the view is pretty good. 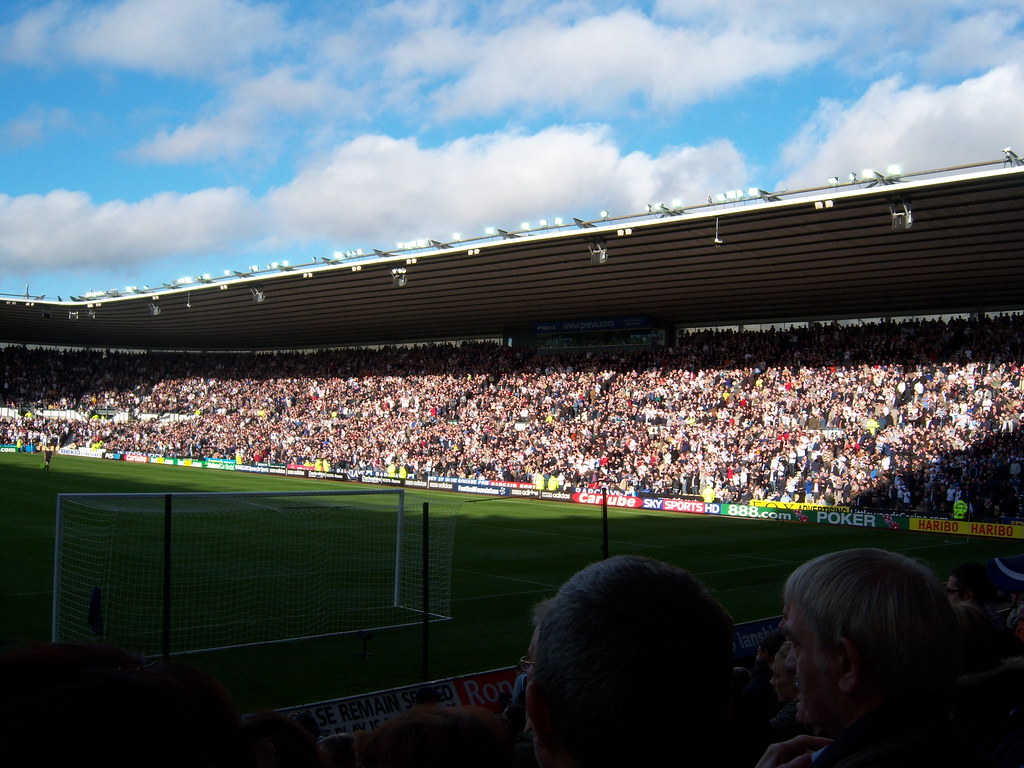 Hit and miss. Great when it got going, but mostly not that good. Banter got a bit cutting once we were 2-0 up! The away fans new position in the corner is fantastic for making some noise. 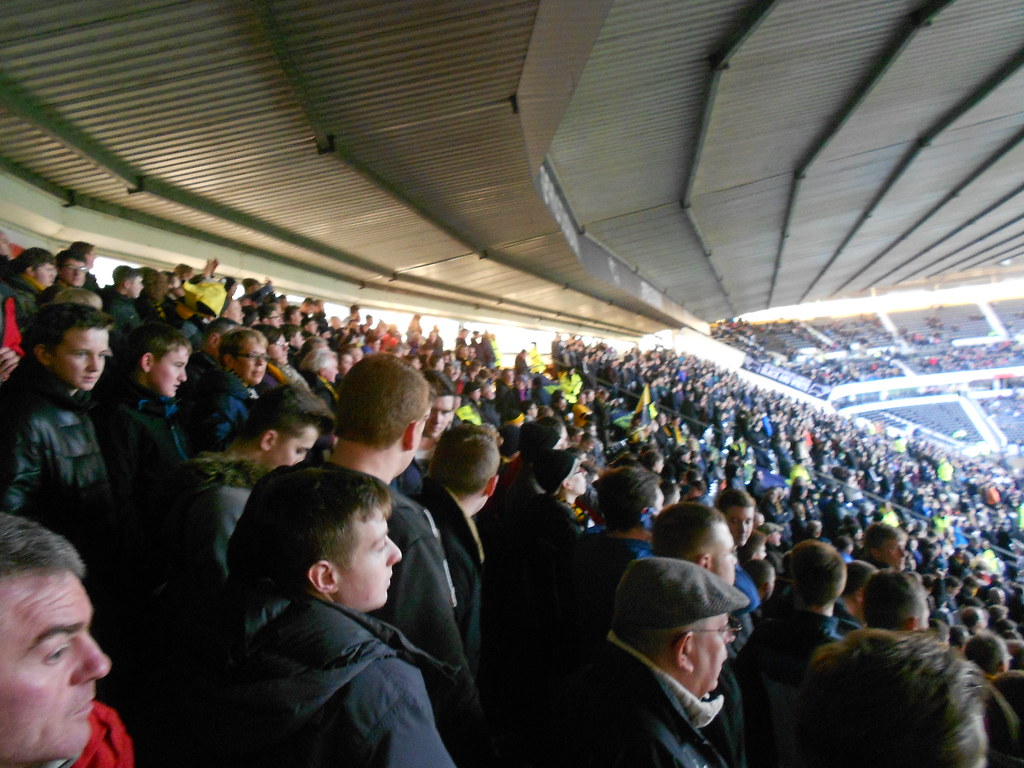 Looking across the South Stand, 2015 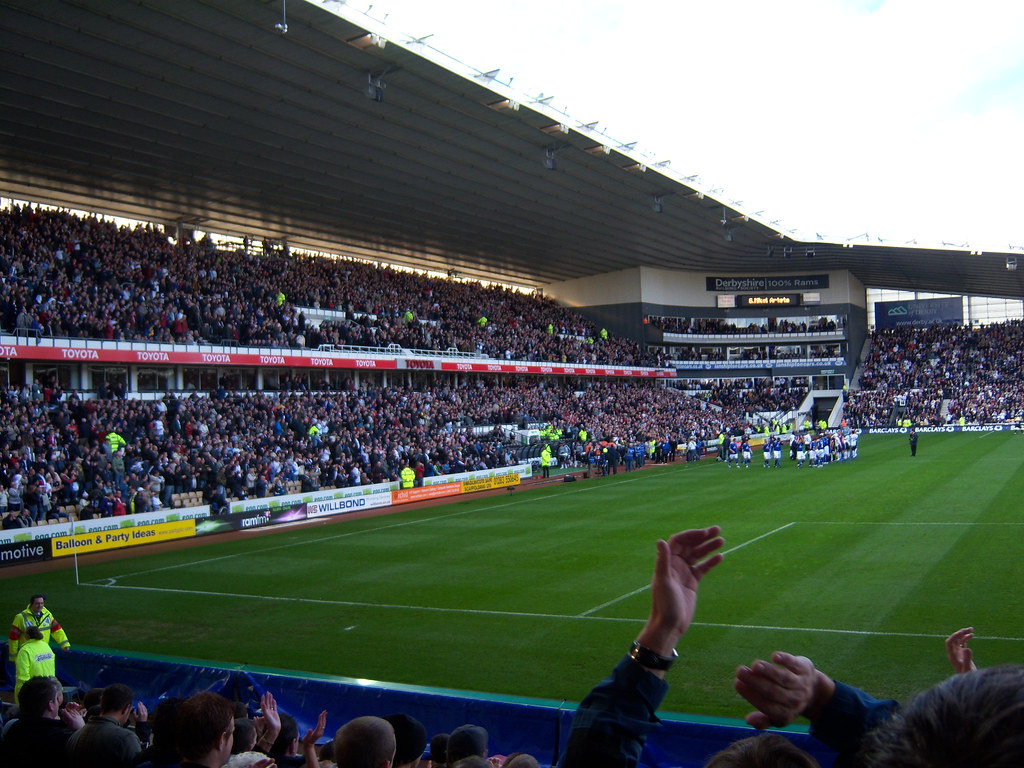 The facilities are some of the best around, but it doesn’t take away from the fact it's just another dull standard ground in the middle of nowhere.
Pride Park Photos
Posted by Unknown at 14:05