Burscough is in the privileged position of having two train stations, so as far as little Lancashire villages in the middle of nowhere go, it’s pretty good transport-wise! I always drive, as it’s not that far from me and parking isn’t bad, either street parking or on the leisure centre next to the ground. 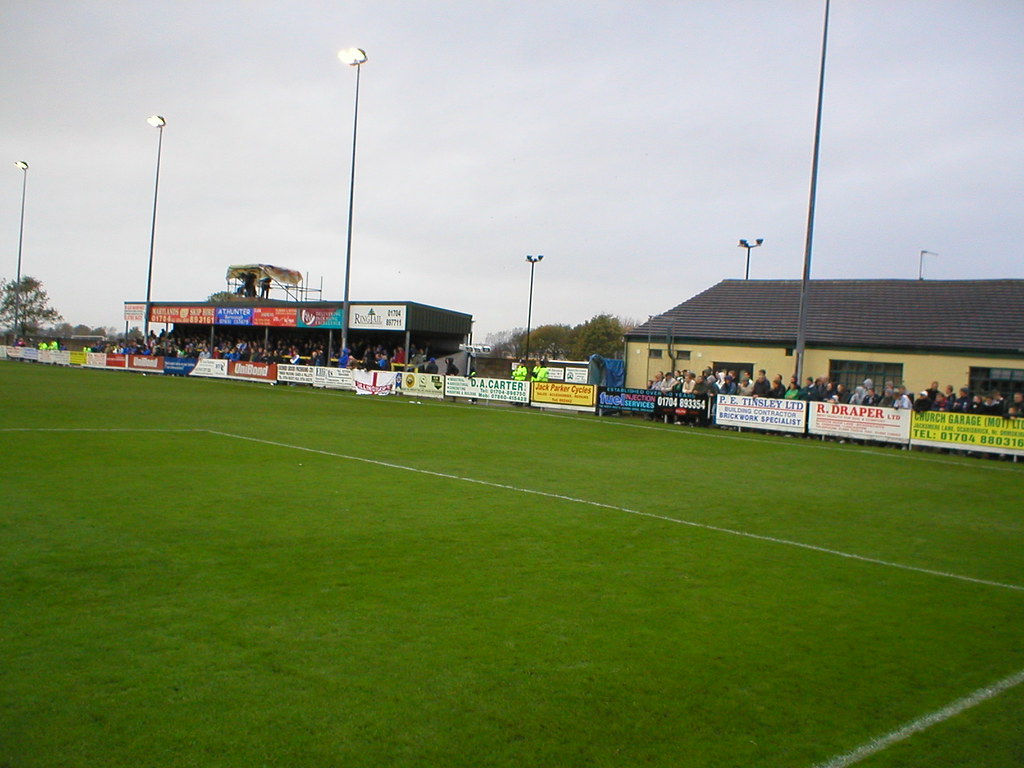 Gillingham fans in the Barons Side, 2005

The ground is just off the high street in Burscough, so a couple of decent pubs, chippies and takeaways to be had. Inside the ground isn’t bad either, though it’s a bit of a squeeze. 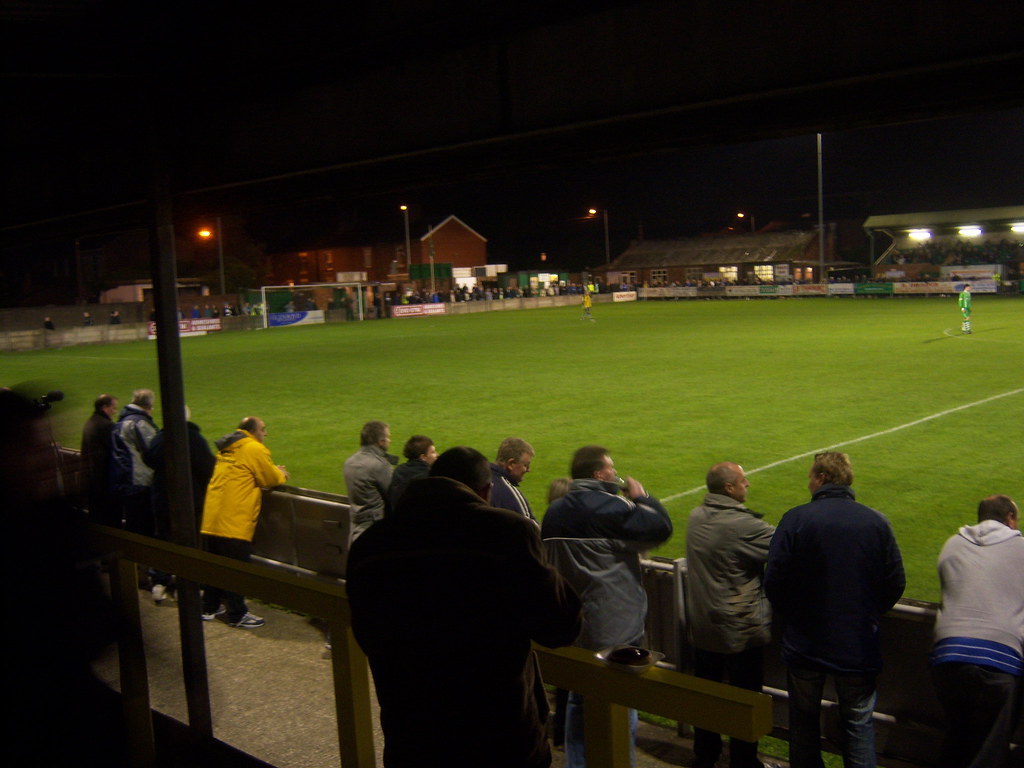 The Mart Lane End against Halifax, 2010

When I first went, the majority of the ground was just uncovered standing, mainly without steps. It has been developed slightly since with the addition of some little temporary style step areas in some of the uncovered bits, to at least give some height. There are two little covered terraces too and the covered main stand. With uncertainty over Burscough’s future at the ground though, the temp stands were gone on my last visit, as Burscough groundshared with Skelmersdale for League fixtures. There is of course the Barons, the clubhouse on one side of the ground. 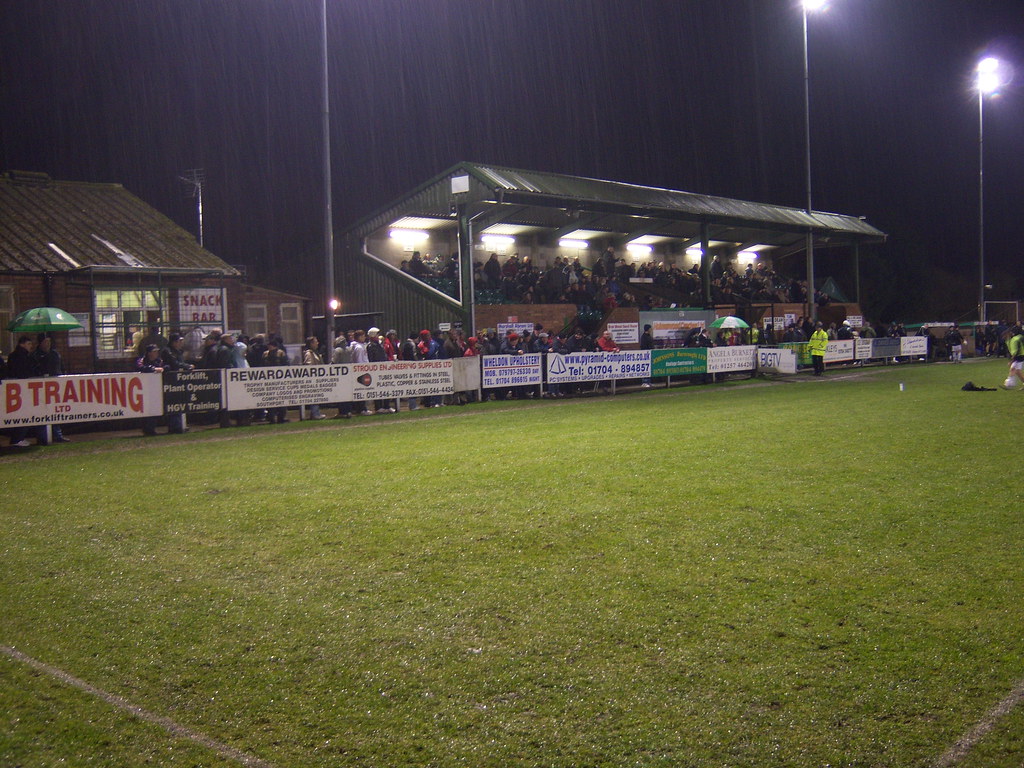 The Main Stand against Fleetwood, 2009

As its mostly uncovered and usually not all that full, not the best. Though there are a group who try their best, usually swapping ends from the covered Crabtree Lane End, to the Mart Lane End goal. 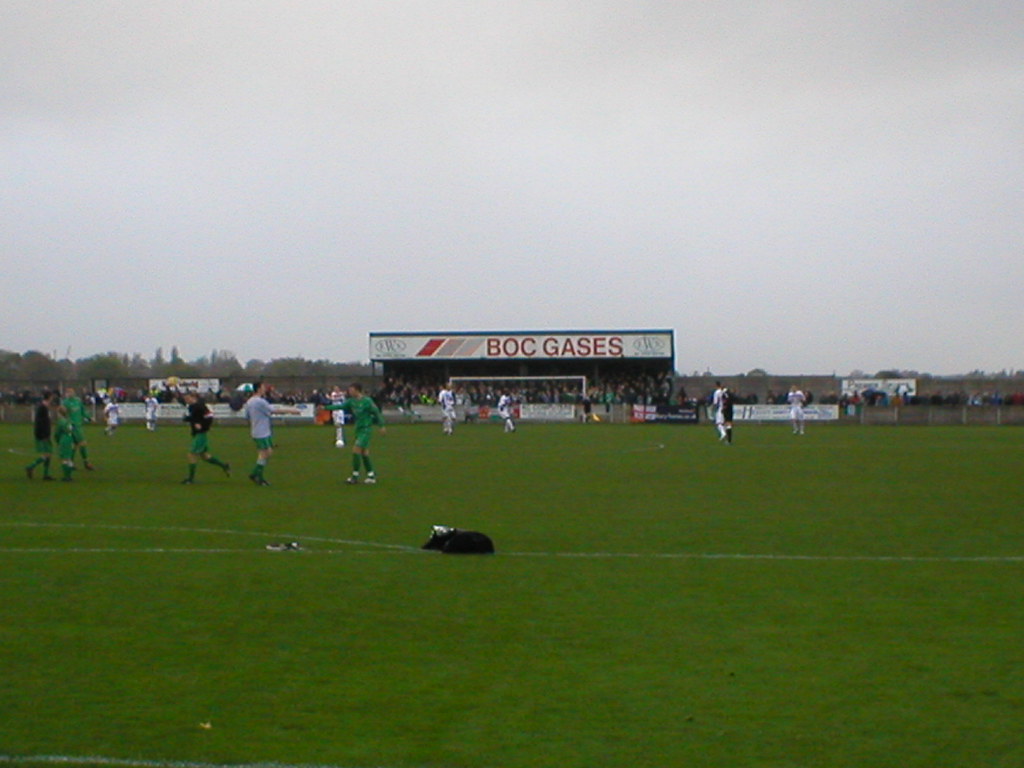 The Crabtree Lane End against Gillingham, 2005

The FA Cup game was a good laugh as it fell on Bonfire night. Halfway through the second half, some kids started setting fireworks off behind the Crabtree Lane End, prompting every copper in the ground to scatter out of the back gate to catch the perpetrators! 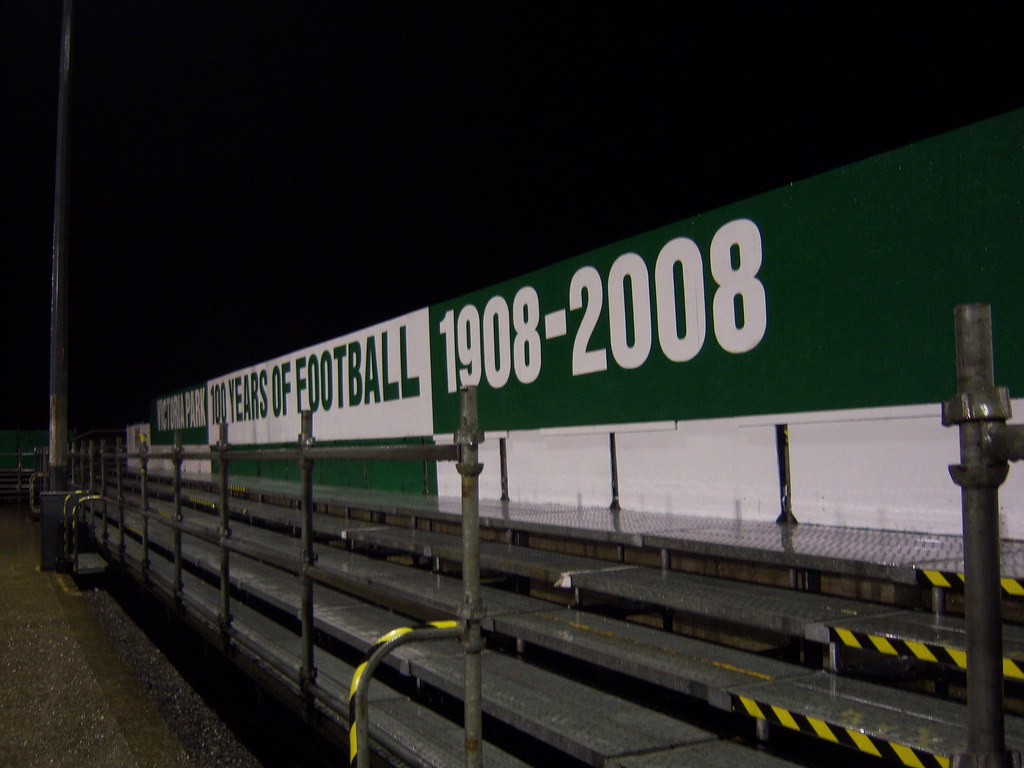 The temporary terracing put in place to commemorate Burscough's 100 years at Victoria Park, 2009

Fine for their level.
Victoria Park Photos
Posted by Unknown at 08:20