Drove on all visits, parked in a little car park off Broadway every time with no problem. That's been done away with now, but there is actually quite a bit of free street parking on the industrial estates around here too. It’s a fair walk to the ground, but the time spent walking you’d only spend sat in traffic on Trafford Road anyway! 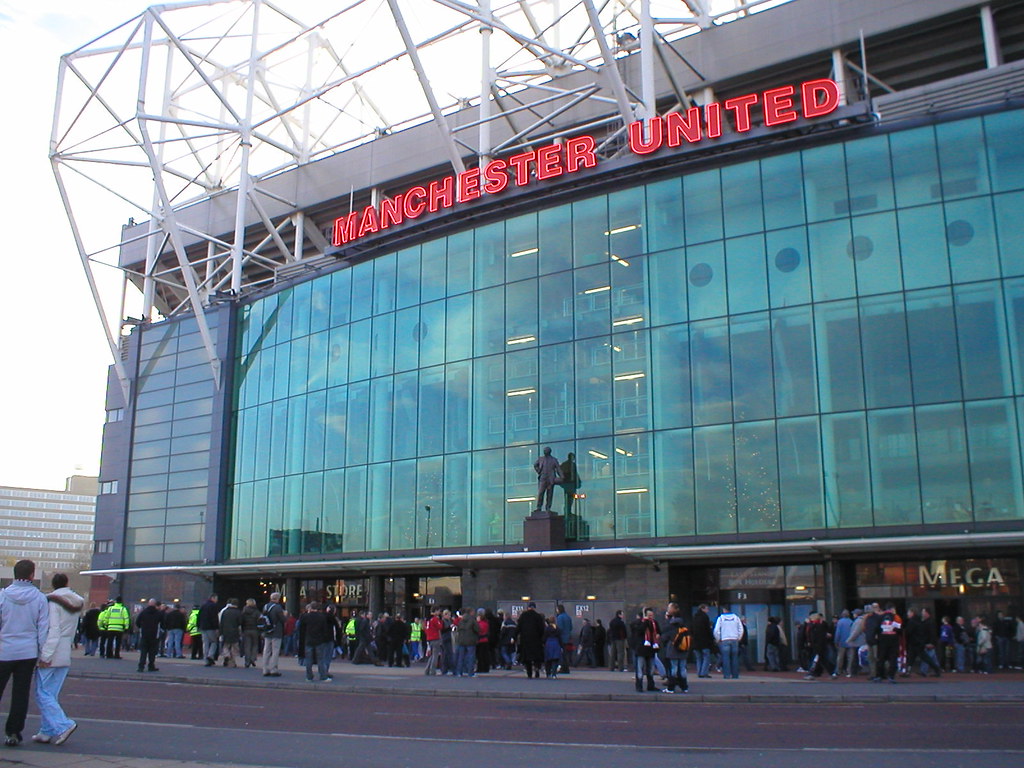 Pubs are an absolute no go, home fans only everywhere near the ground and you just won’t get in. If you head to the top of Matt Busby Way, there are loads of chippies, off licenses etc. so you can still get a drink. Lots of places on Salford Quays as well. 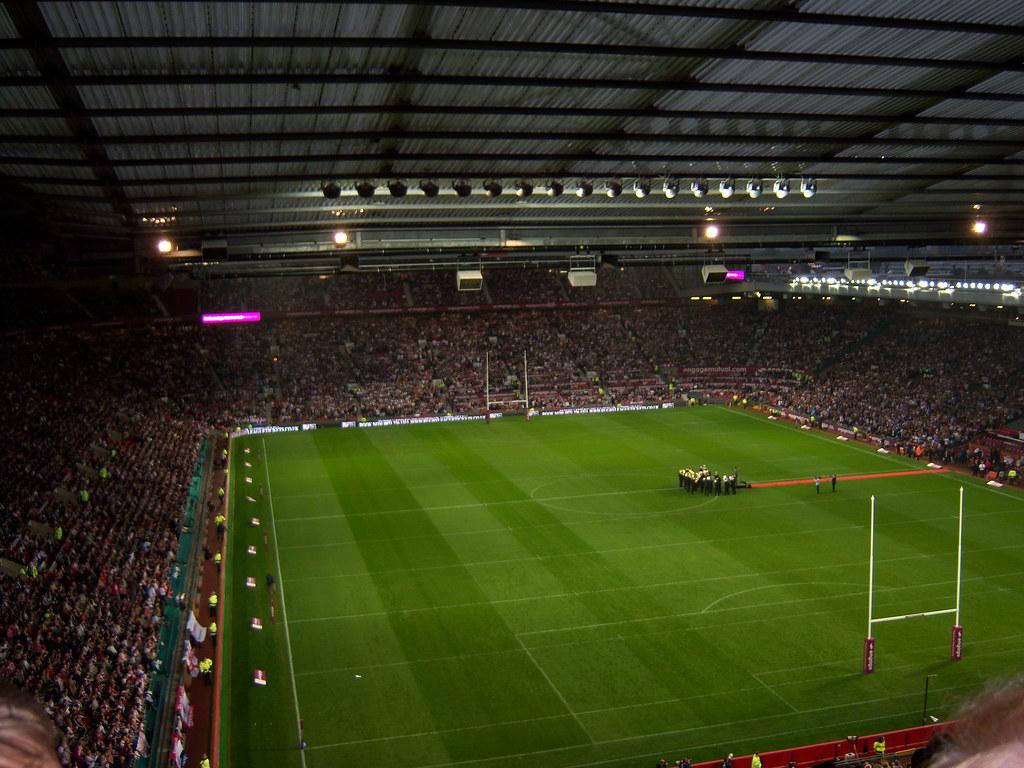 You just can’t walk up those steps into the Old Trafford away end, and not have it take your breath away. Its size is still amazing every time I go. Shame it doesn’t extend to the seats, horrible lack of legroom and very cramped all over the away end. 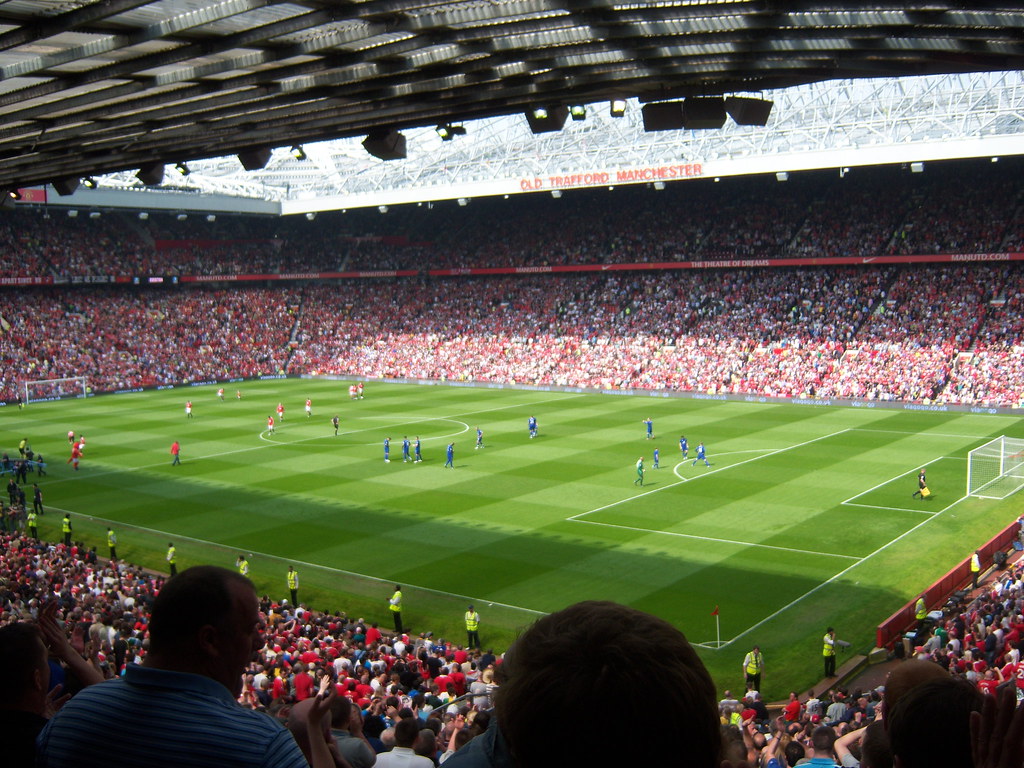 As you would expect…dire. Nothing until they’re ahead, and even then it's just anti scouse songs. They also have our old friends from the GMP goading us, doing nothing to protect us, throwing us out for shouting/ standing/ swearing etc. and generally having a jolly good time picking on us, so as you can tell, they help the atmosphere enormously… 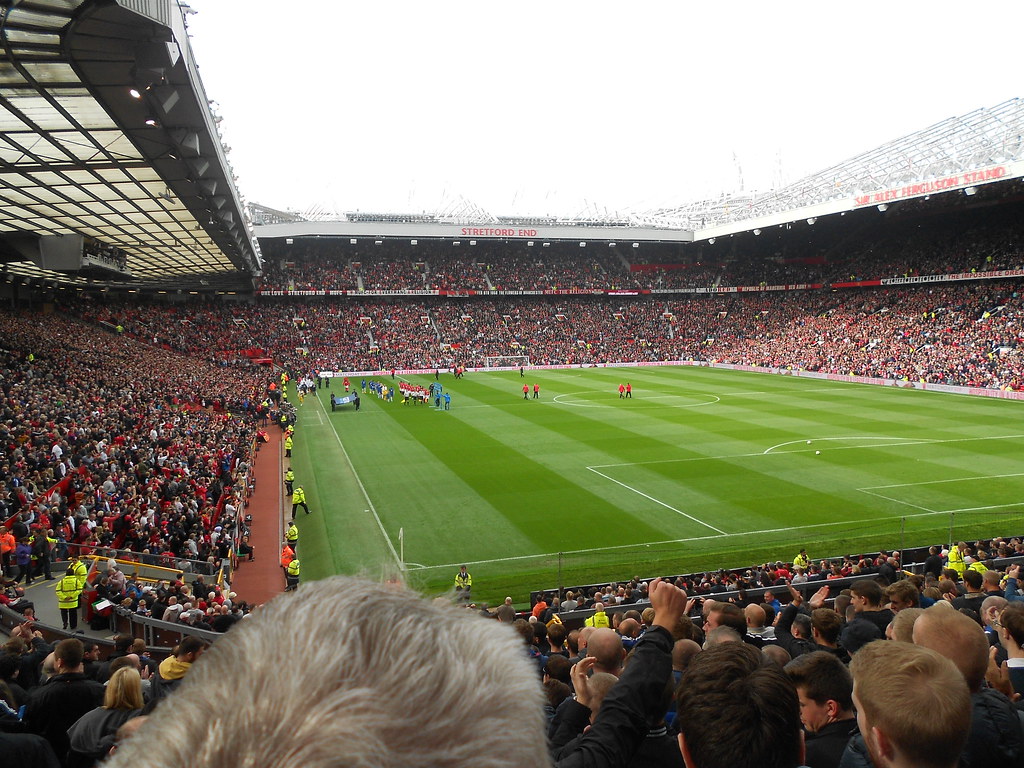 Looking towards the Stretford End, 2014 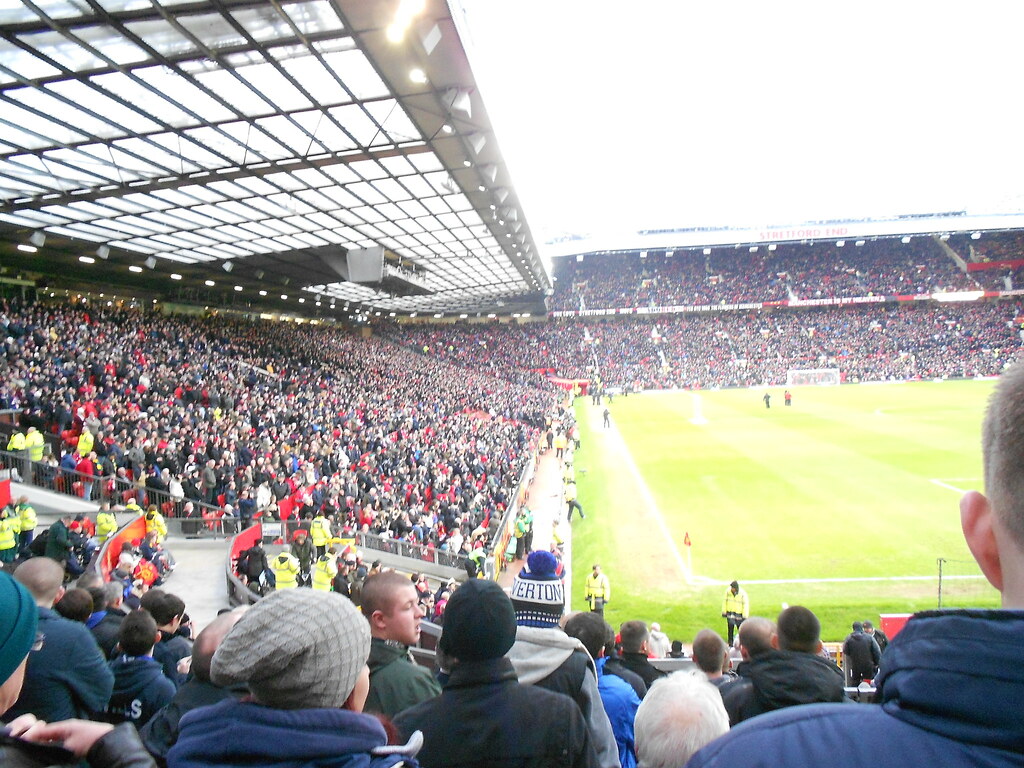 It’s a pretty unwelcoming place for anybody in possession of a scouse accent, but the ground itself can’t help but impress.
Old Trafford Photos
Posted by Unknown at 08:26