It’s very hidden! I’d been working in Chorley for around 18 months, and despite driving past the ground so many times, I’d never ever known it was there. As a result, when I turned up for this game, I was late and missed the kick off because when I finally found the ground, I was at the wrong end of the ground and they only have one set of turnstiles open! Parking is no problem given the size of the crowds Chorley get, I turned up at 2.55 and still got parked right next to it on the main road.

Like most clubs at this level, there is the social club in one corner of the ground for drinks. They also have a pretty decent snack bar with a pretty wide selection of hot food. Never sampled any as I’d ate before I came out, but the soup in particular looked very tempting. 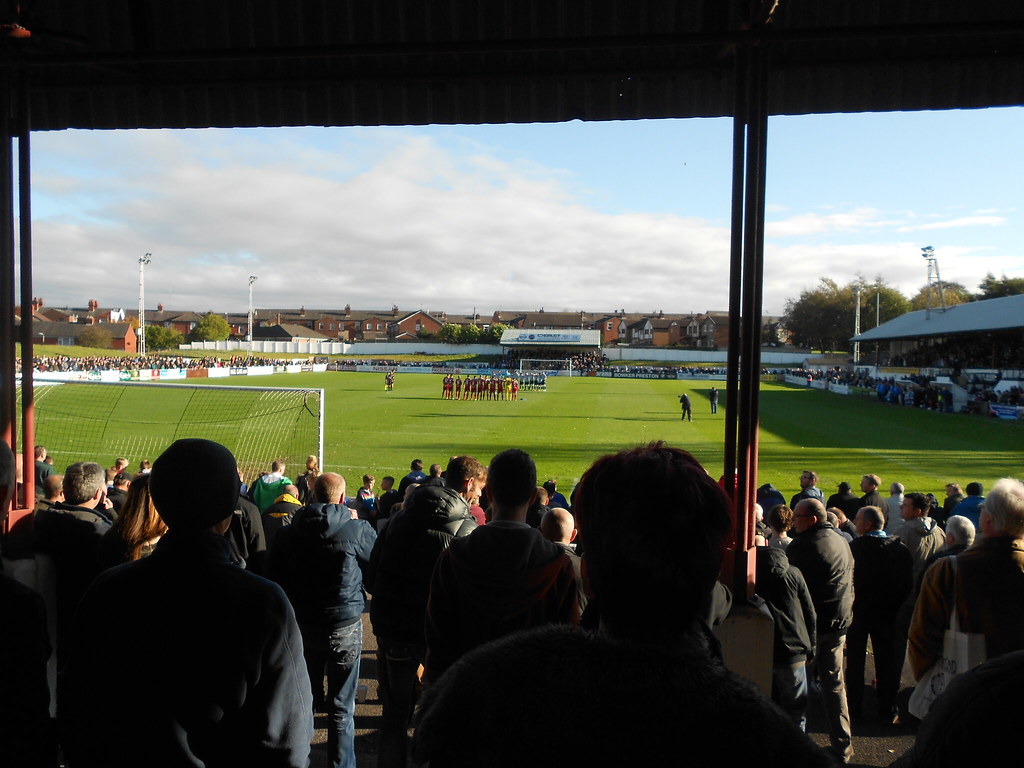 Rare segregation in place for the Halifax FA Cup game, 2014

It’s old, but a fair size for it’s level. One big fair sized covered terrace at one end, a smaller covered one behind the other, the seated Main Stand, and an old school grass verge type terrace along one side. 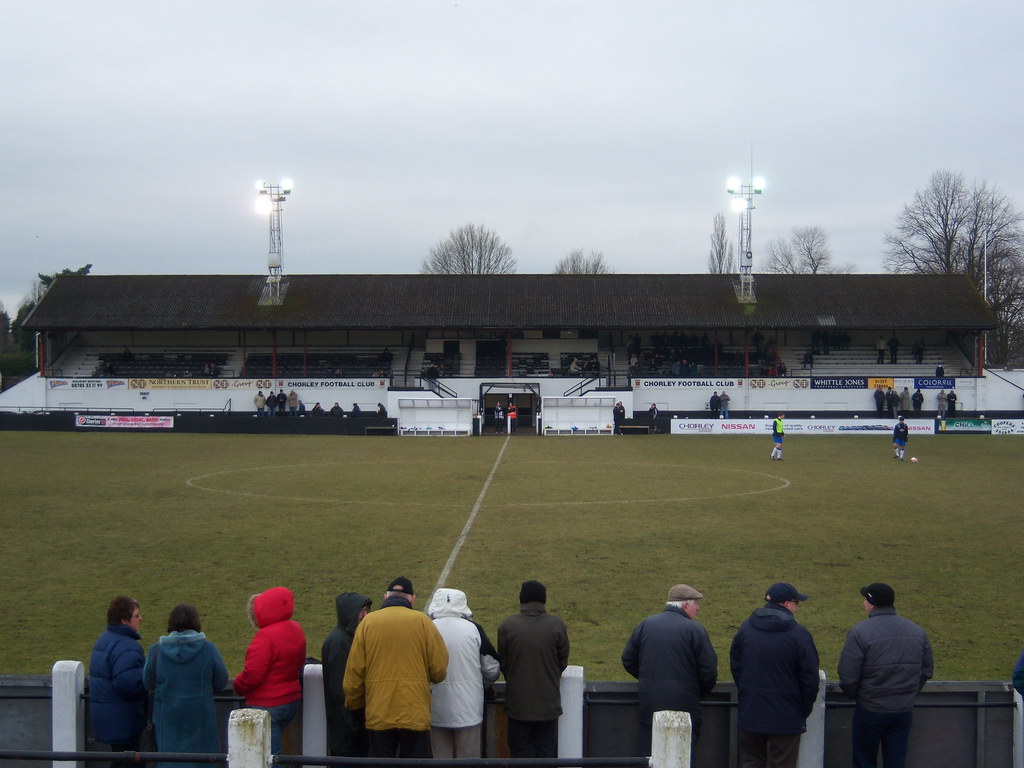 The Main Stand against Leigh, 2010

The atmosphere in a ground that big with only 200 odd inside isn’t going to be brilliant. There was a bit of singing from the Leigh fans when they were well ahead, but most of the noise came from lone Chorley fans yelling at their team! Given the performance, I can’t blame them! 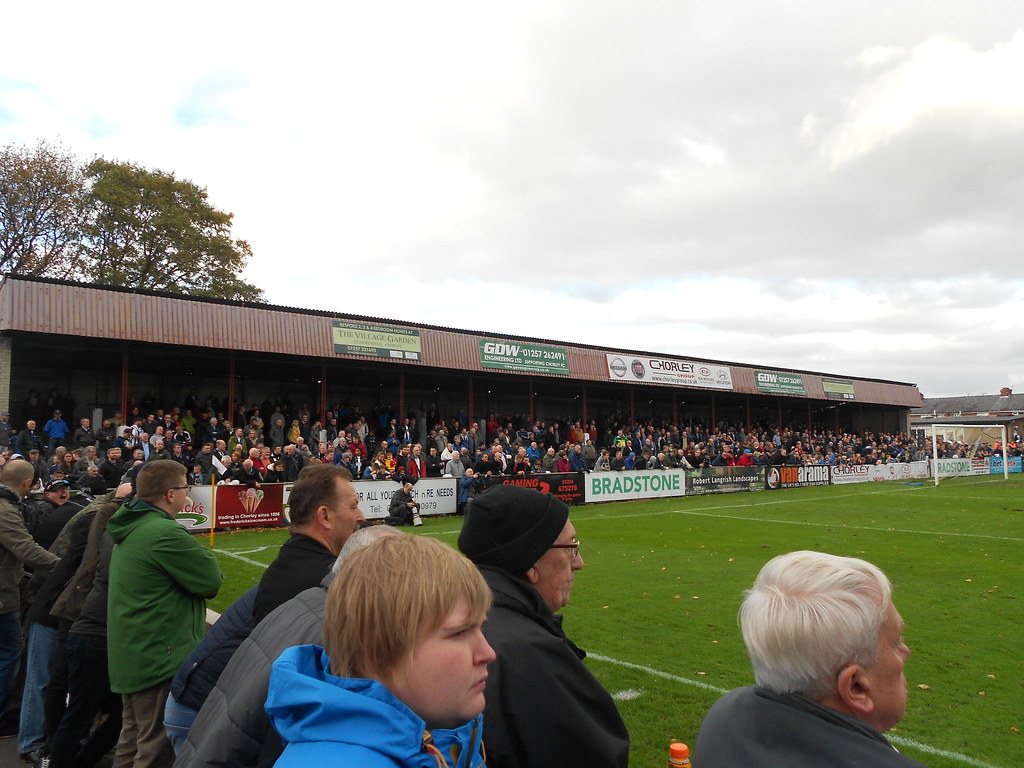 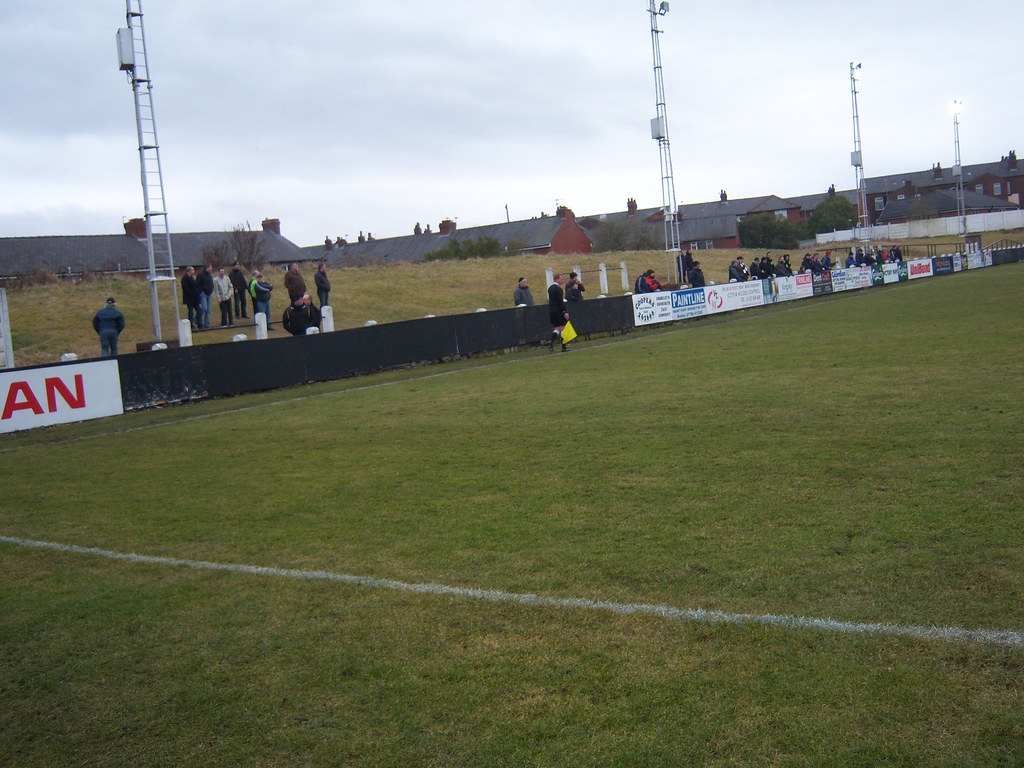 Enjoyable and relaxed enough. From ground geek perspective too, enough to keep me interested!
Victory Park Photos
Posted by Unknown at 07:32