Drove every time and parked at the Metro station. Not bad, but a real pain getting out after. Last time went though, asked for some alternatives and was recommended parking on an industrial estate on Wayferer Road. Much better. Cut all the traffic getting away from town, and just a short walk down the river from the ground. 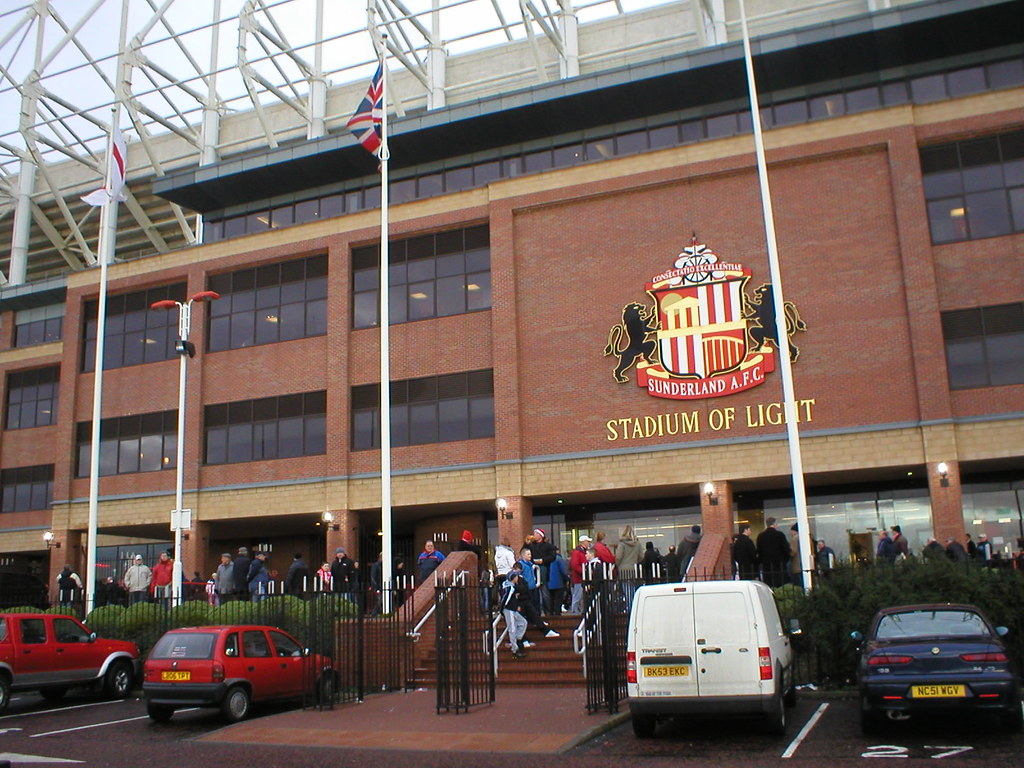 There’s a retail park around the corner, but bar that and a couple o burger vans, there is very little near the ground, and most of the pubs nearby tend to be home fans only or absolutely heaving. 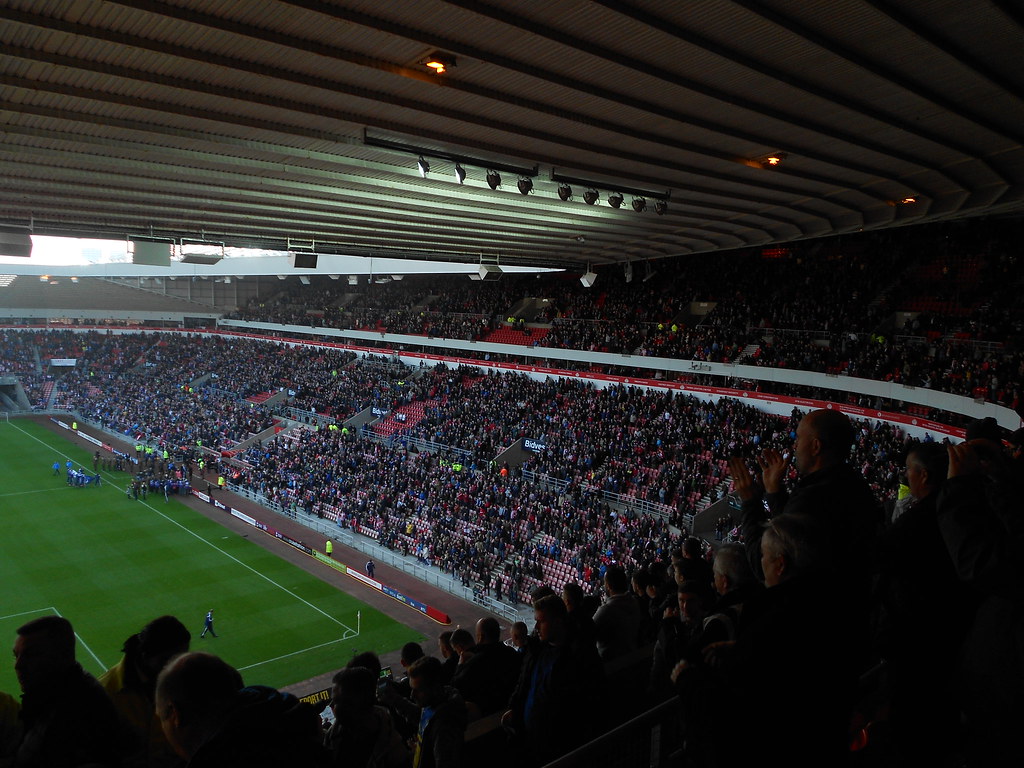 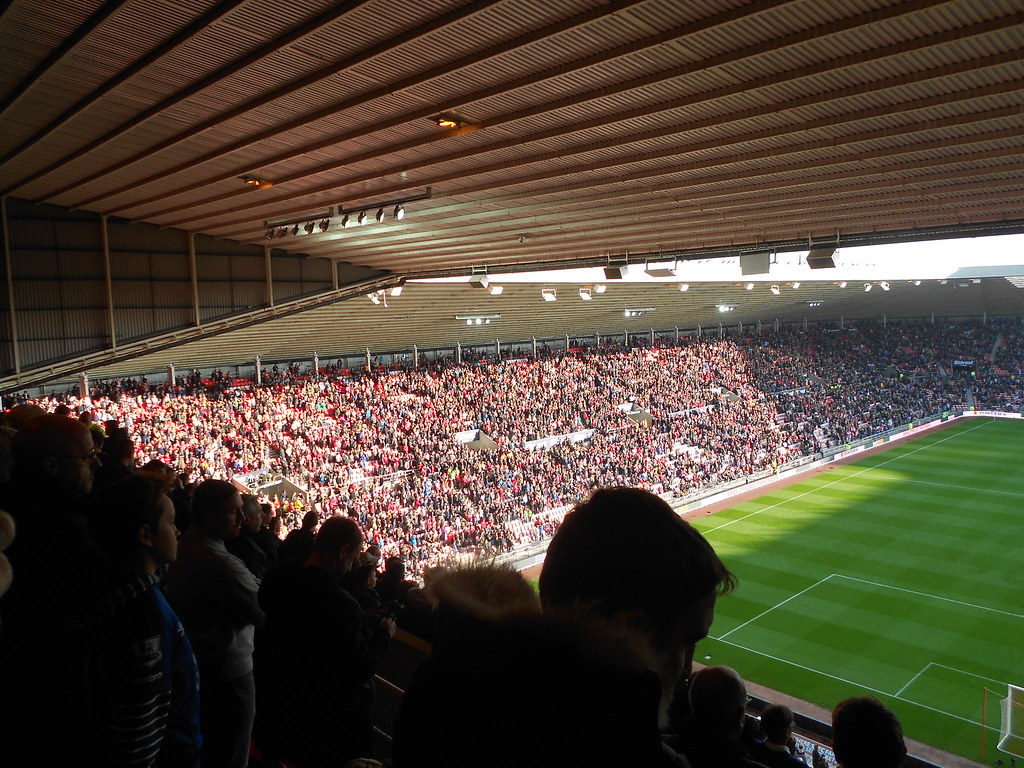 Hasn’t been that good for the majority of my visits. Had some good laughs in 2009 though when both the Sunderland and Everton fans were singing anti-Newcastle songs together! And the music when the teams come out is boss as well, Ride of the Valkyries and Ready to Go, though they shockingly had done away with Ready to Go on my last visit! 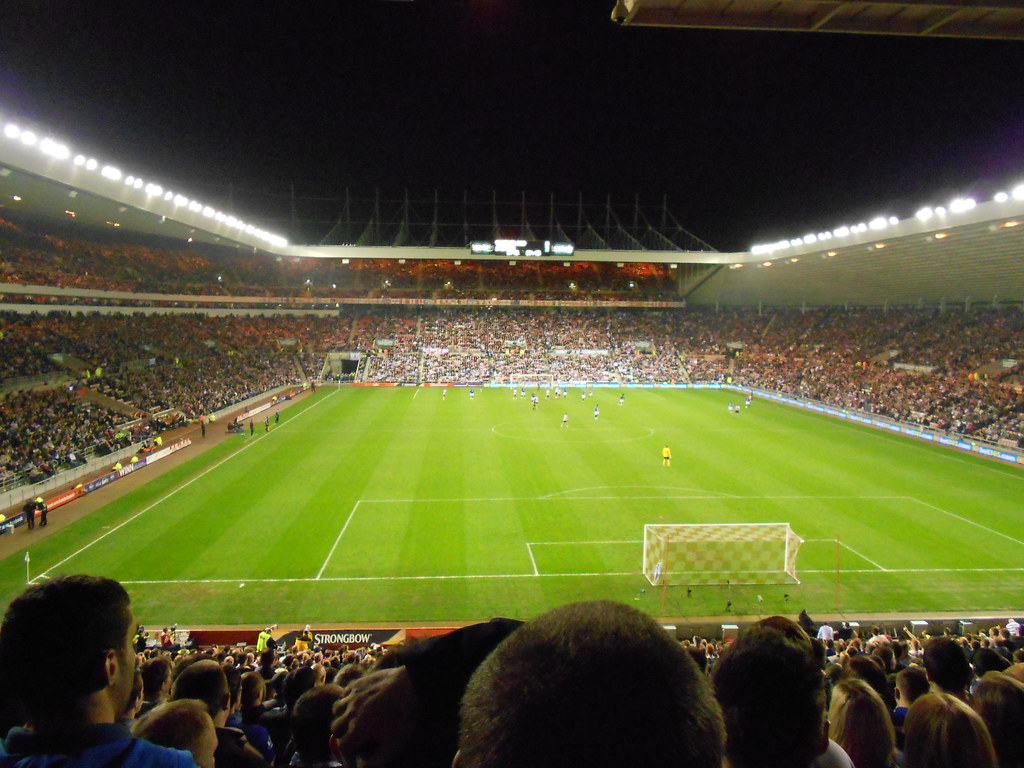 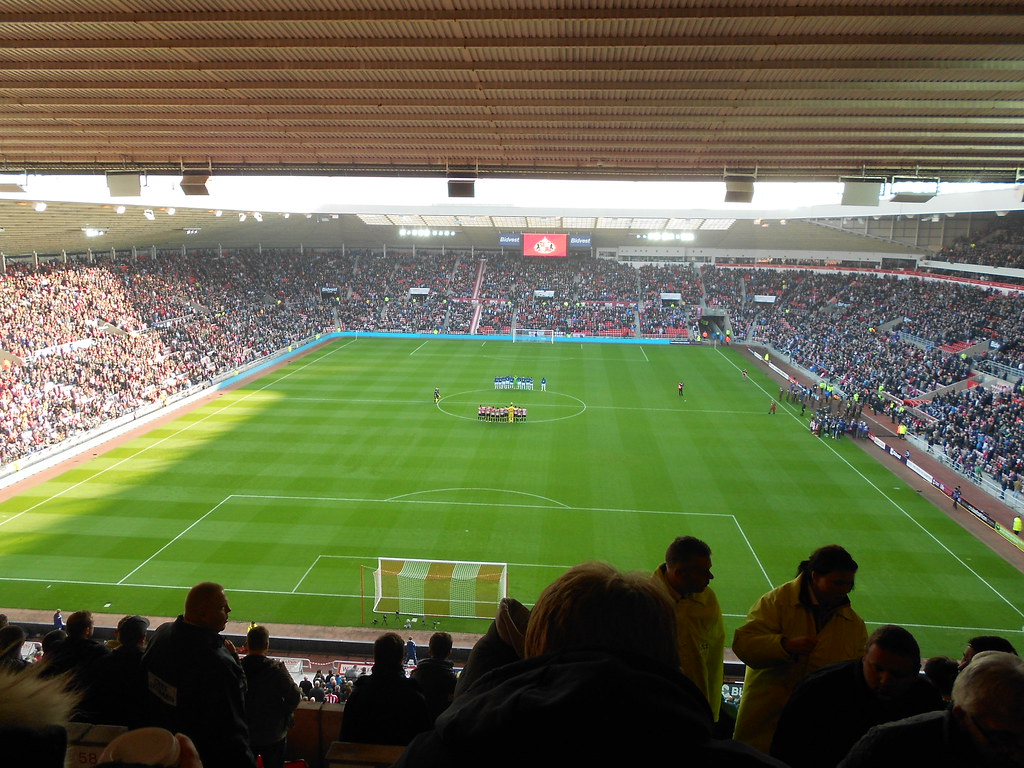 Looking towards the South Stand, 2014

Not a lot to say to be honest, it’s a bit boring really, and not a lot to do while you’re there.
Stadium of Light Photos
Posted by Unknown at 08:28