Getting there is no problem, the ground is signposted all the way from the East Lancs. Parking is a different story however, as its pretty much all street parking. There seems to be a lot available on the other side of Knowsley Road, but still well worth getting there a bit early if you can. 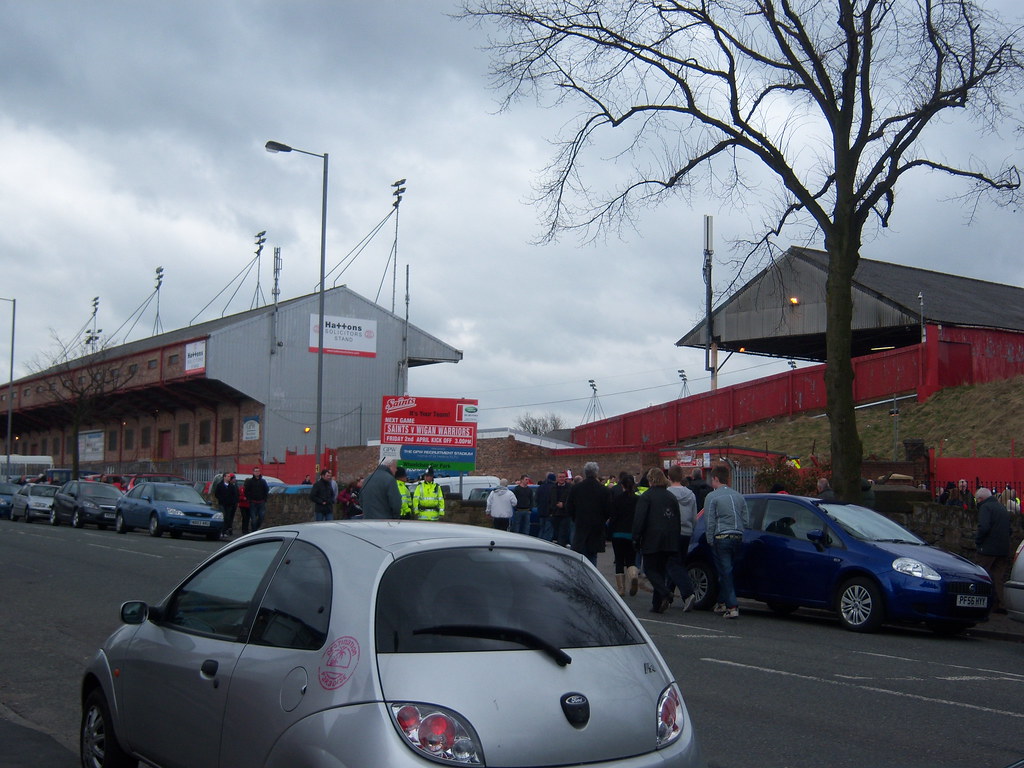 The main pub for fans seems to be the Black Bull, which is just across the road from behind the Dunriding Lane End. Both sets of fans were mixing pretty freely, and it’s a fair size with space outside too if the weather’s good. 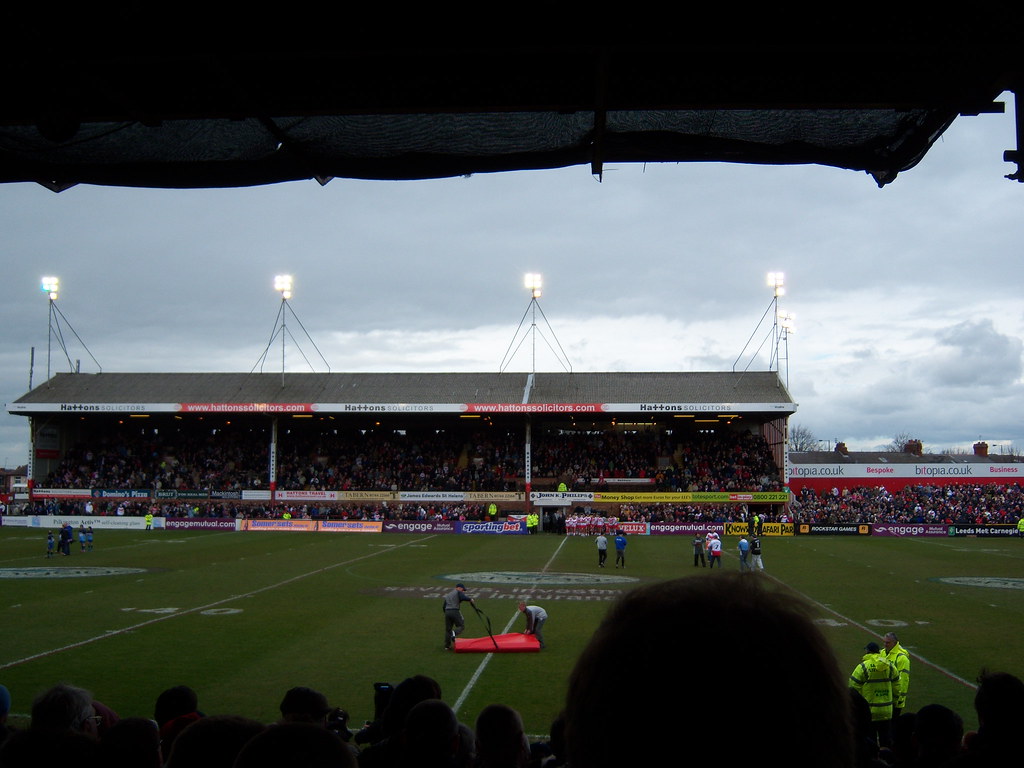 2010 was Saints’ last at Knowsley Road, and it was showing it’s age after 120 years. Standing areas on three sides of the ground, only the upper part of the Main Stand has seats. The Dunriding Lane is a big open terrace, while the Eddington End (used mostly by away fans) and Popular Terrace are large covered standing areas. As a result, the views aren’t the greatest if you’re as short as I am, but the atmosphere can be fantastic. 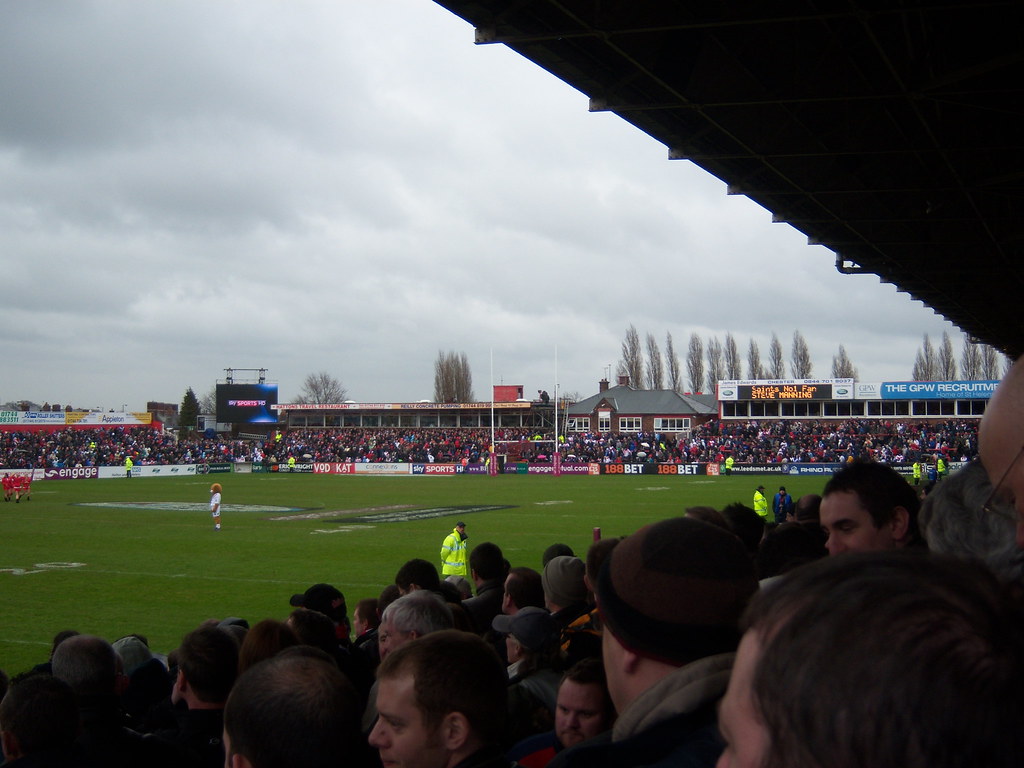 As above, the atmosphere is excellent, most of the noise seeming to come from the Popular Terrace with it’s low roof. It was the Good Friday Derby when I first went, so of course, Wigan had plenty of fans there too and made some decent noise considering their team were taking a bit of a battering on the pitch. The exact reverse was true two years later, as it was the Wigan fans making all the noise in the last ever Good Friday Derby on the ground in 2010. 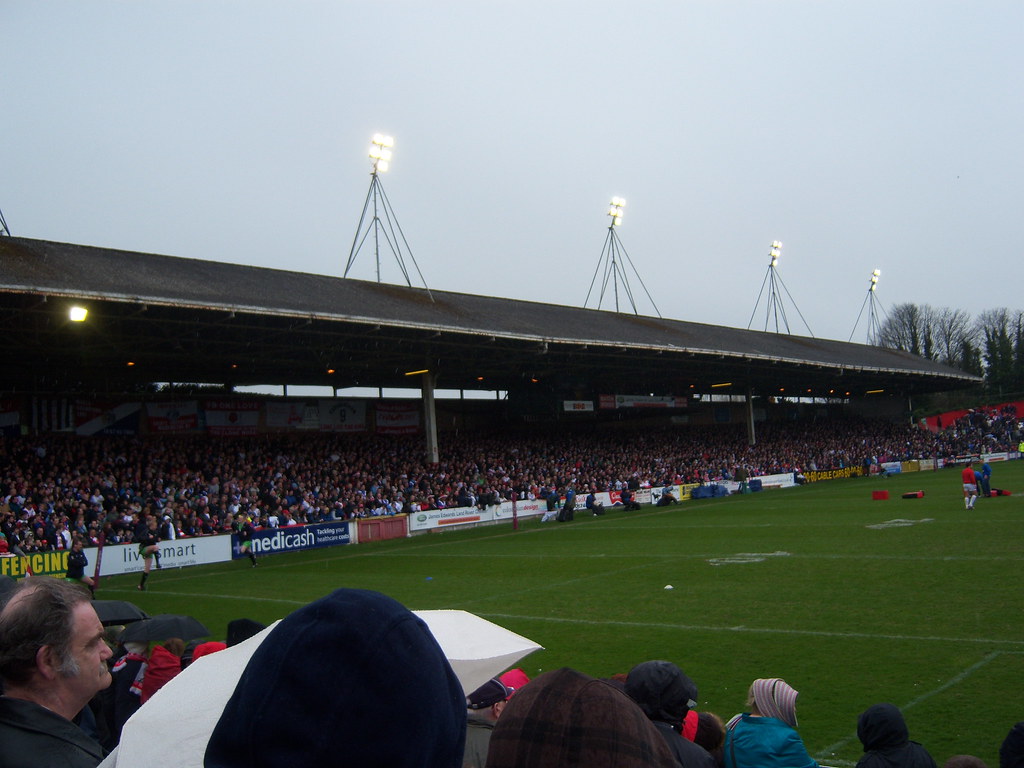 Loved the banter when the Wigan fans had a drum to sing along with. The Saints fans response was to sing ‘Saints fans don’t need a drum!’ 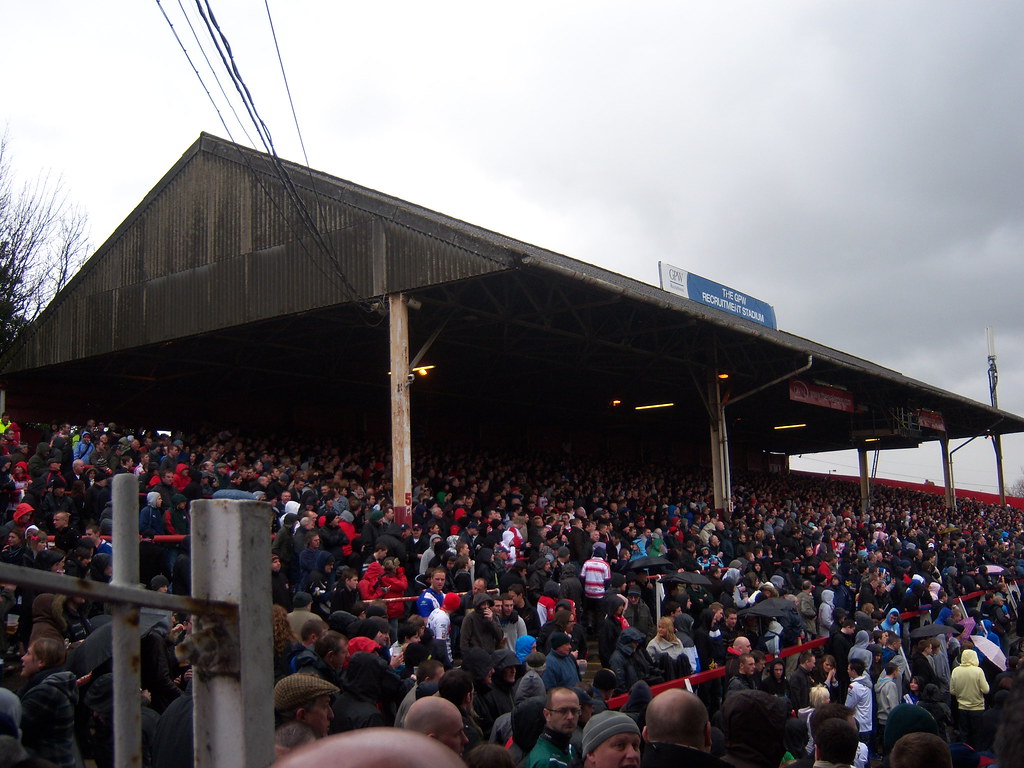 Wigan fans in the Eddington End for the last time, 2010