Got the coach twice, train the rest. We’ll tend to get off before the game at Upton Park Station, but rather than queue up there after, will walk to Plaistow, which is about 10-15 minutes away. 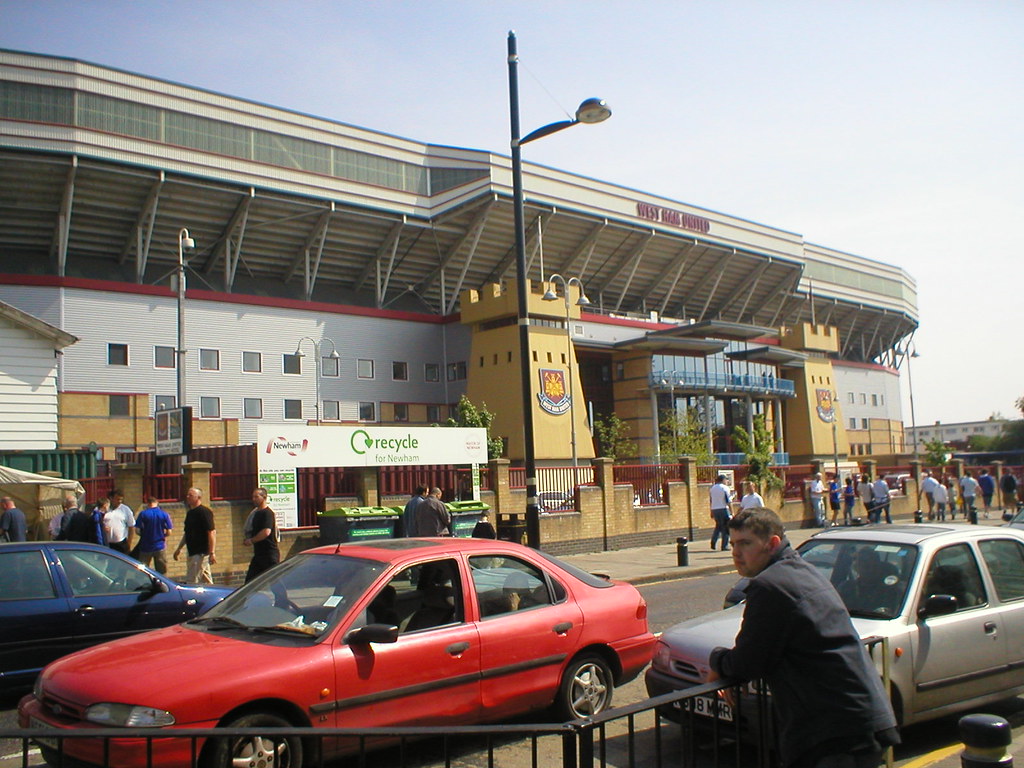 Loads of stuff on Barking Road, decent little chippy on the corner (even if they didn’t have forks, so eating beans was a bit difficult!) and the only pub that really welcome away fans is the Central. It’s a fair sized pub at least, so its usually still easy enough to get served. There is a very good spicy chicken shop opposite Upton Park Station now too. 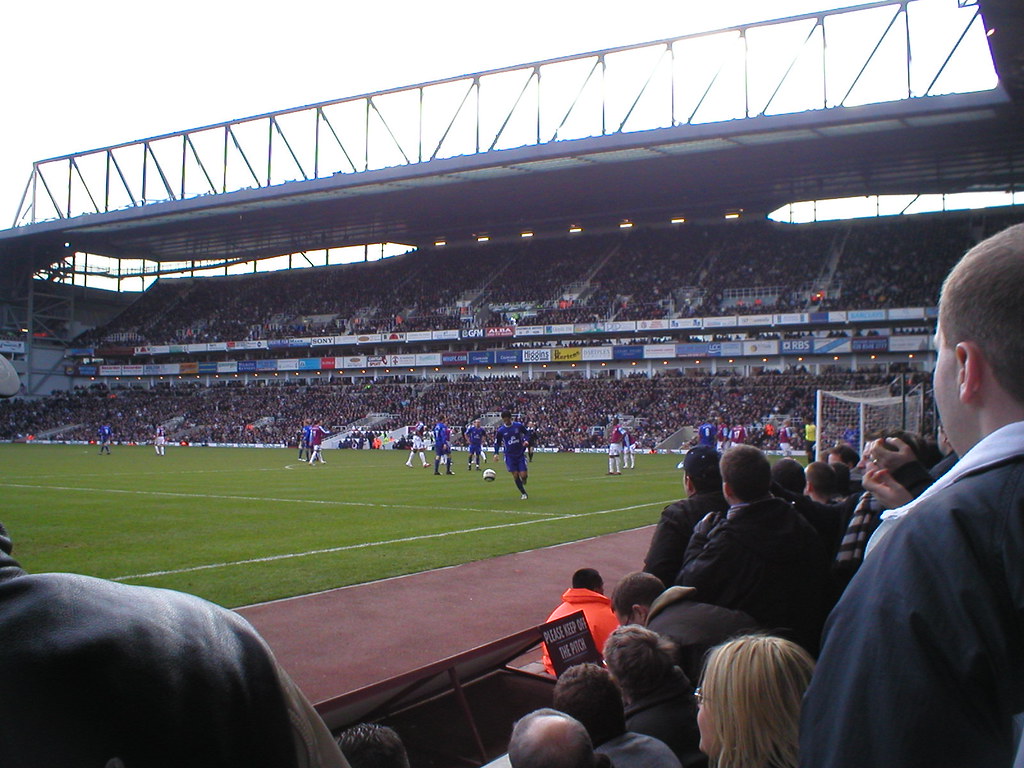 Looking at the Dr Martens Stand, 2006

An utter dump! Tiny and poky, front rows below pitch level, far too tight a squeeze…but for some reason, I still always enjoy going there! 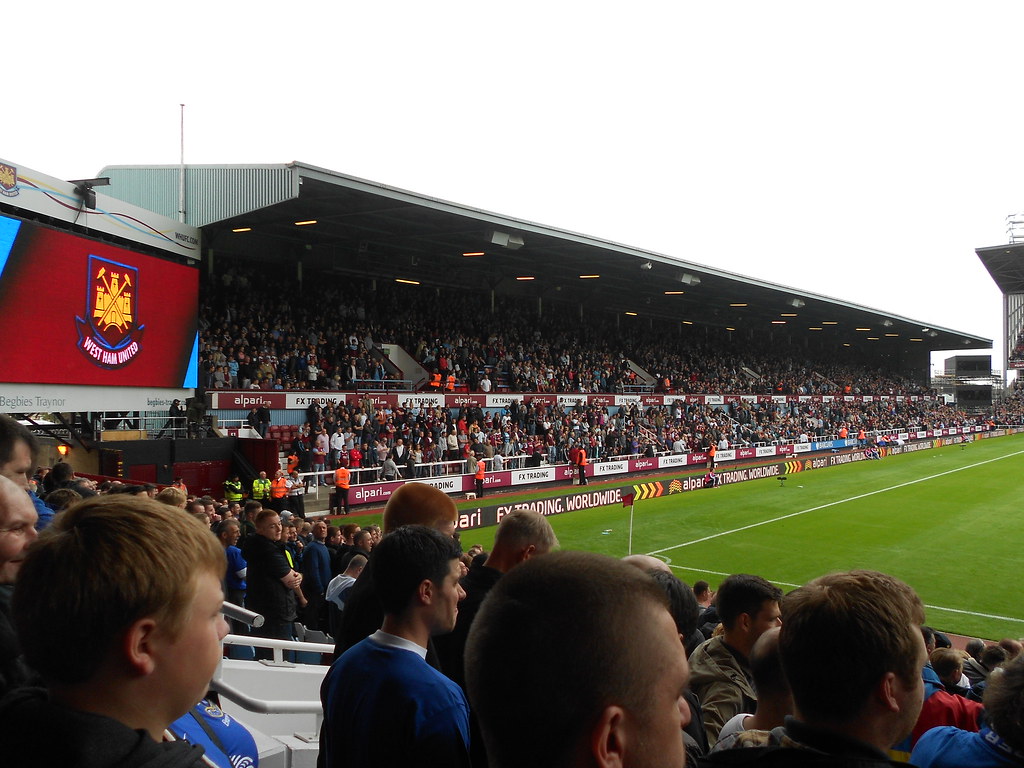 Very overrated, but the banter’s always a laugh with the East Stand. On one visit, we picked out a fella in a flat cap and kept singing ‘Del Boy what's the  score’ at him! I’m a fan of most club anthems too, but there is something about Bubbles that isn’t right…I like it when they sing it during the game, but it feels very false when they sing it before the players come out, partly because they’re singing along with a recording (which I hate) and partly because the words to the song are being flashed on the hoardings while it’s on…it feels very manufactured, which is a shame, because it’s a decent anthem when they sing it spontaneously. 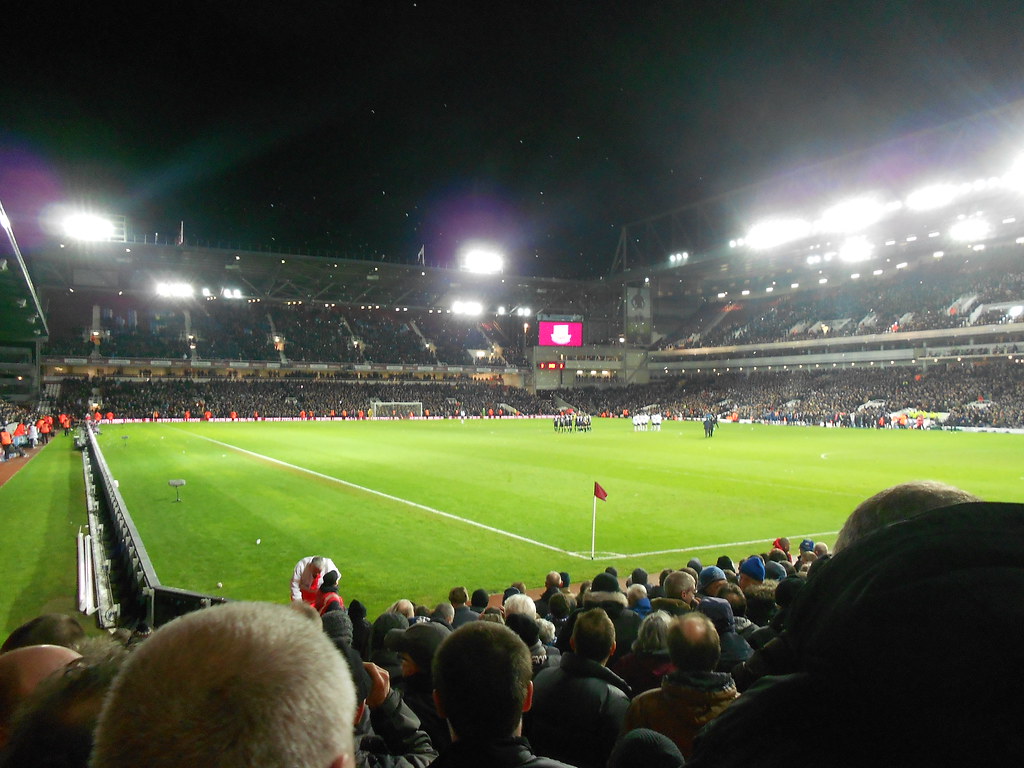 An epic penalty shootout in the snow in front of the Bobby Moore Stand, 2015 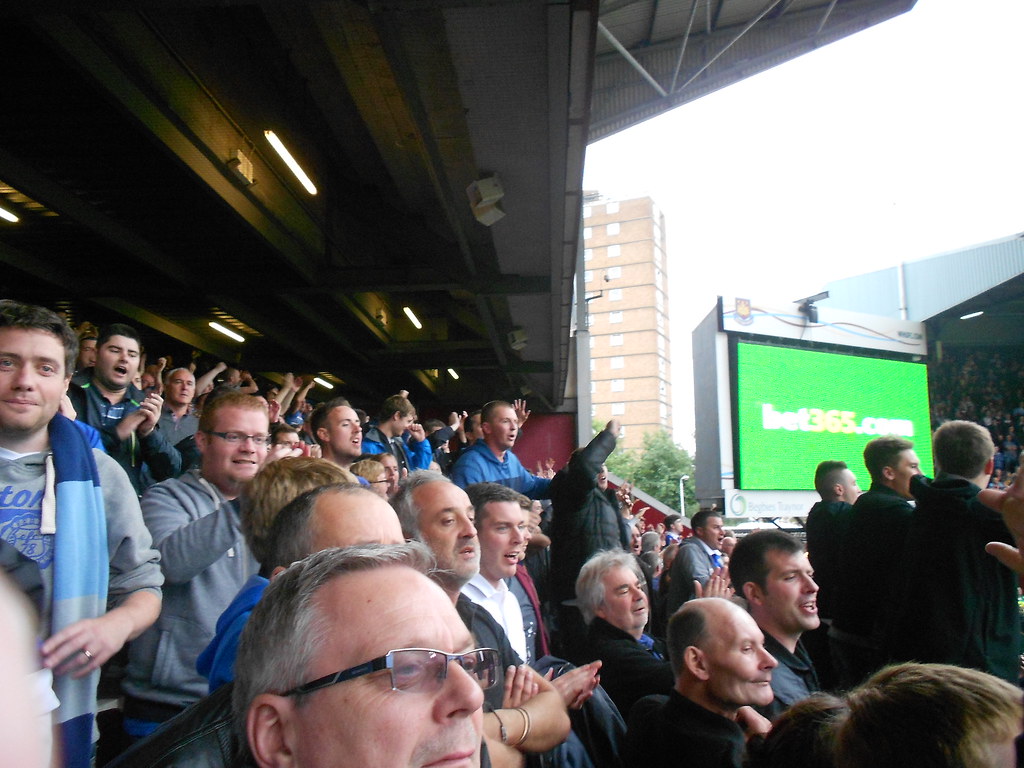 It’s one of those select few grounds left…a proper football ground, an absolute dump but in a good way.
Boleyn Ground Photos
Posted by Unknown at 07:05