Drove up with a couple of mates. Lucky I had the SatNav, because I’d never have found the place. Hidden away with no signposts whatsoever. Parked up behind the turnstiles. Even with a bigger than normal crowd on, we found a space easily. The crowd was even bigger second time, but still wasnt a problem parking up nearby. 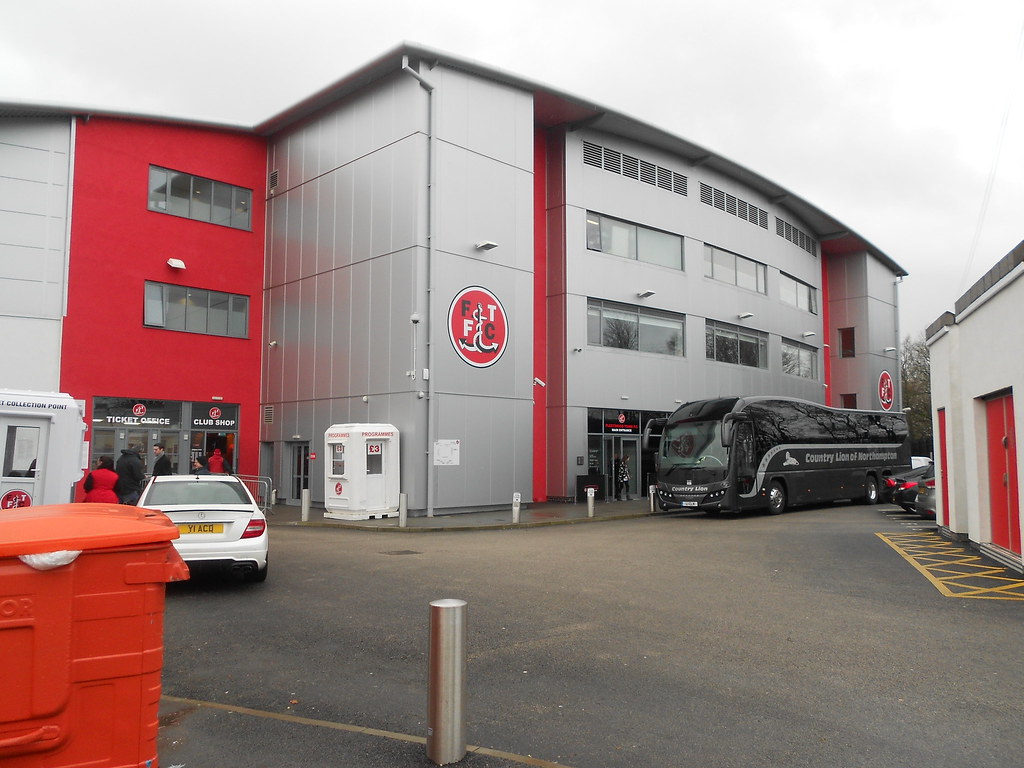 Not much, but the new bar under the Memorial Stand is something else. Puts other clubs at this level and higher to shame. 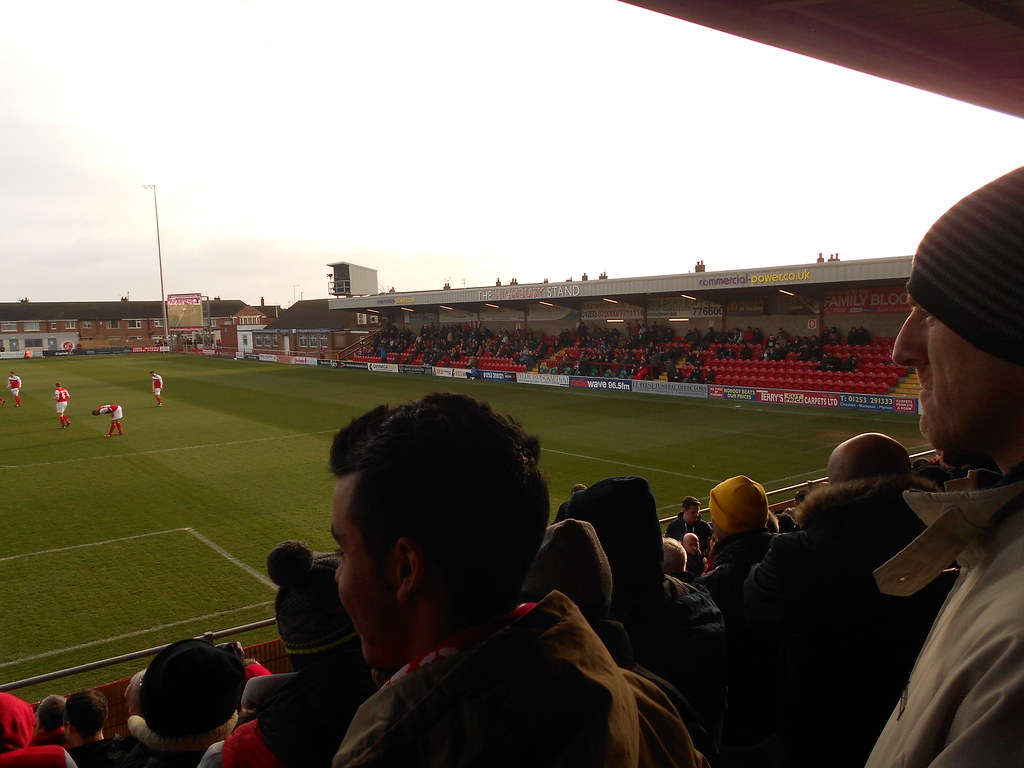 The Highbury Stand against Northampton, 2014

Has had a lot of work done in recent years, and it’s worth it. An excellent little ground that is better than some lower league grounds. Two covered terraces behind the goals, the new Highbury Stand which is half seated and half standing, and now the Park Avenue side has been redeveloped, the ground is complete. There was no segregation at the Leiston game, though in the time honoured tradition of switching ends at half time at non league grounds, the Leiston fans mainly gathered behind the goal they attacked in the second half, and the facilities behind both goals were fairly similar. During the Yeovil game, with Fleetwood a Conference club by this stage, segregation was in place, with Yeovil having half terrace, half seating. Once they were a League club, the end swapping was no longer allowed. 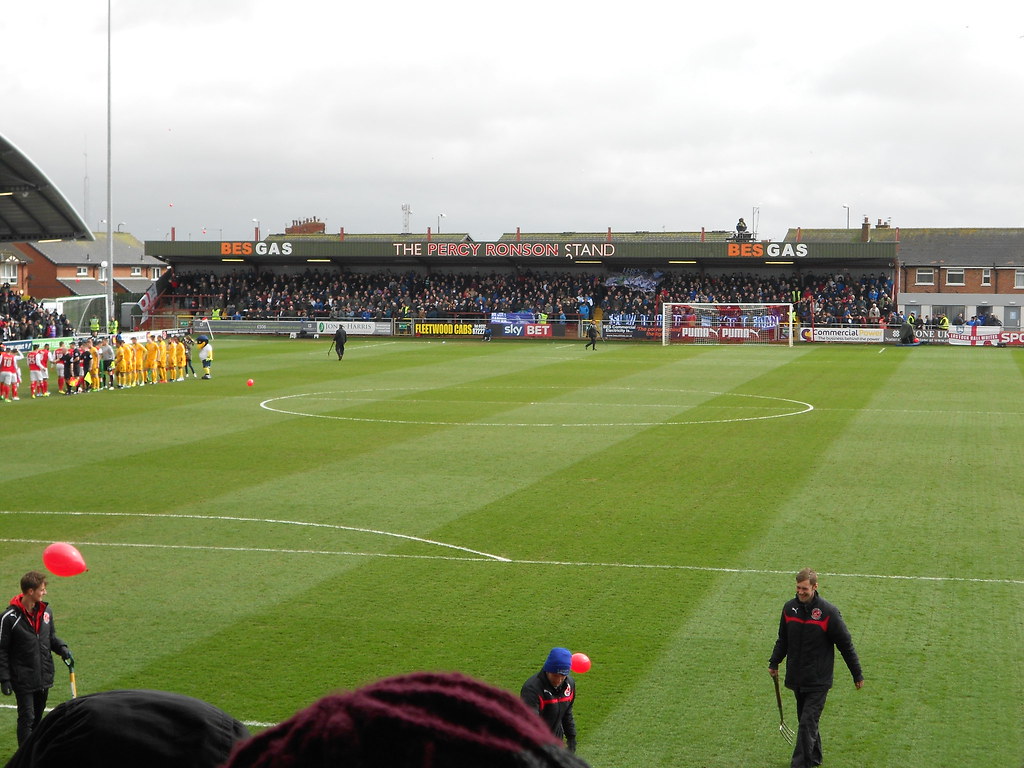 Both big games for the club, and the atmosphere was excellent. With the ground mostly covered, it was really good too. Both sets of fans really up for it, and made a hell of a noise, second half especially. The new stand has really improved things too. 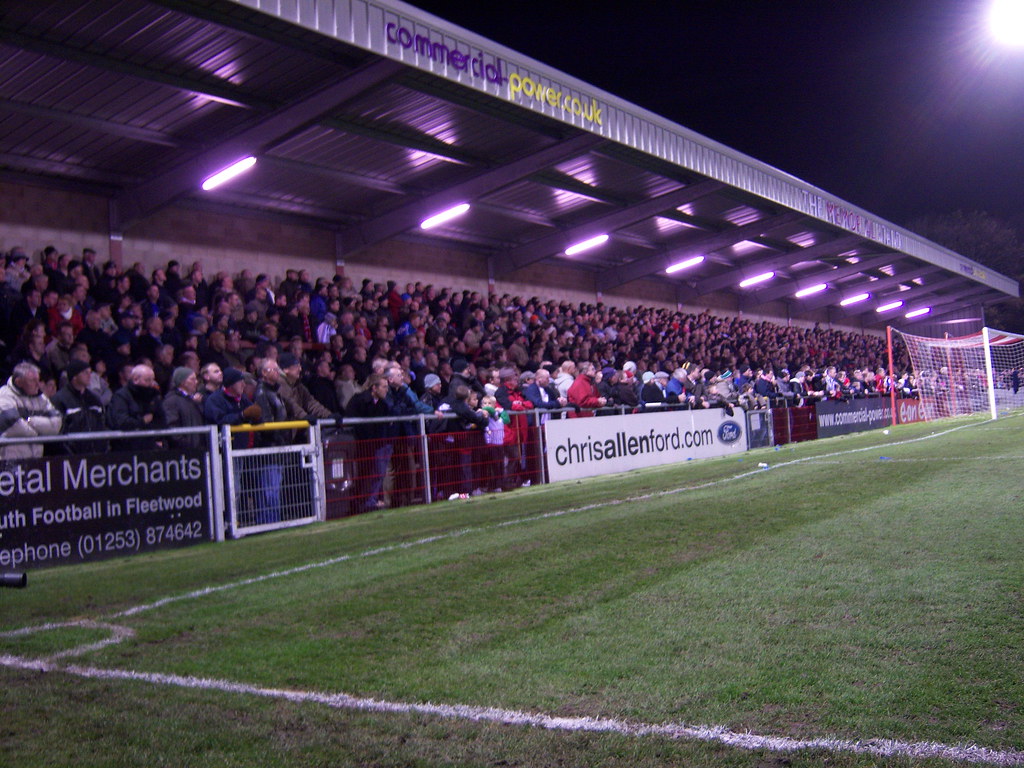 The Memorial Stand during an FA Cup win over Leiston, 2008

Some kids moving from the terrace to the stand thought I was a steward in my yellow jacket, and started coming up with excuses for not paying the £1 to transfer! 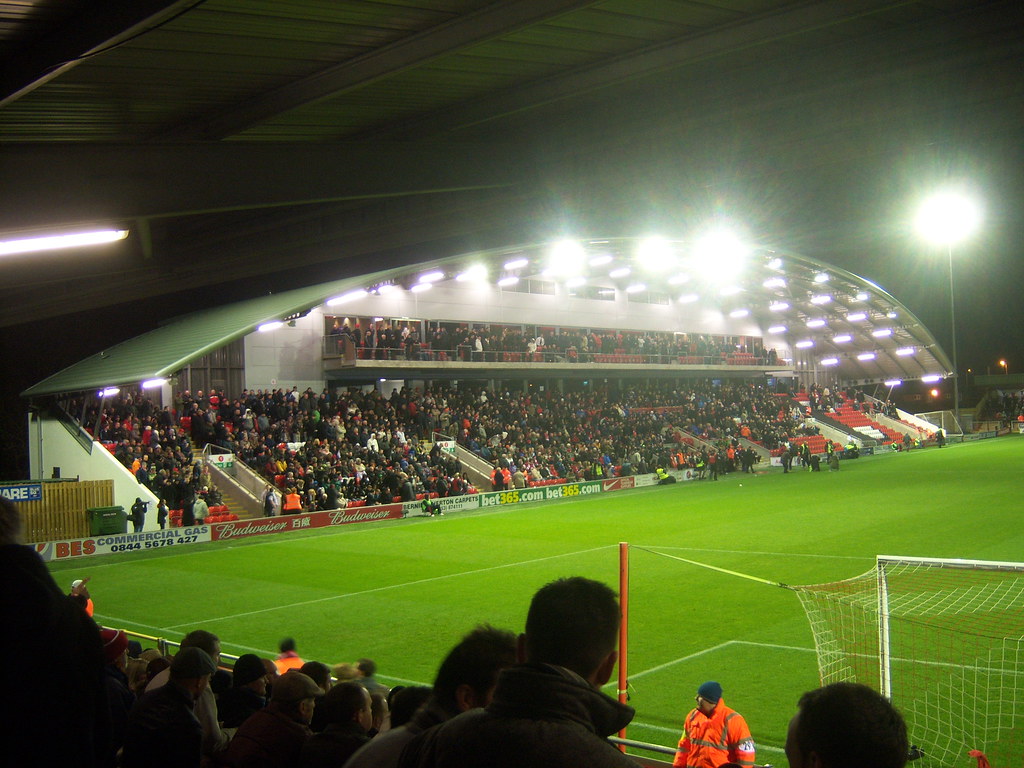 The Parkside Stand in an FA Cup game against Yeovil, 2011

Bloody good little ground for Conference North level, and now Fleetwood are a League side, the ground certainly isnt out of place.
Highbury Stadium Photos
Posted by Unknown at 04:52