A nightmare…I’ve been before on a non matchday so I know it’s not always that bad…unfortunately on Good Friday and being so close to Blackpool and the Lakes, it took an absolute eternity, to the point that I missed kick off! I’d been given a pretty good tip for parking too, but getting there so late, I wanted to get as close as possible. Even 5 minutes into the game, one of the biggest crowds of the season, I still managed to get a decent space on the street so can’t argue with that! Wasn’t bad for getting out either, just the inevitable queue back to the motorway through Lancaster which I expected.

Christie Park on a non matchday from the Car Wash Terrace, 2009

No time to look around outside unfortunately. Didn’t even have time to get my badge so had to scour eBay for one! Inside, the North Terrace has a catering bar at either end of the stand, which I can’t argue with…the best cheeseburger I’ve ever had in a football ground! I know that isn’t saying an awful lot as most are barely edible, but it was very nice! 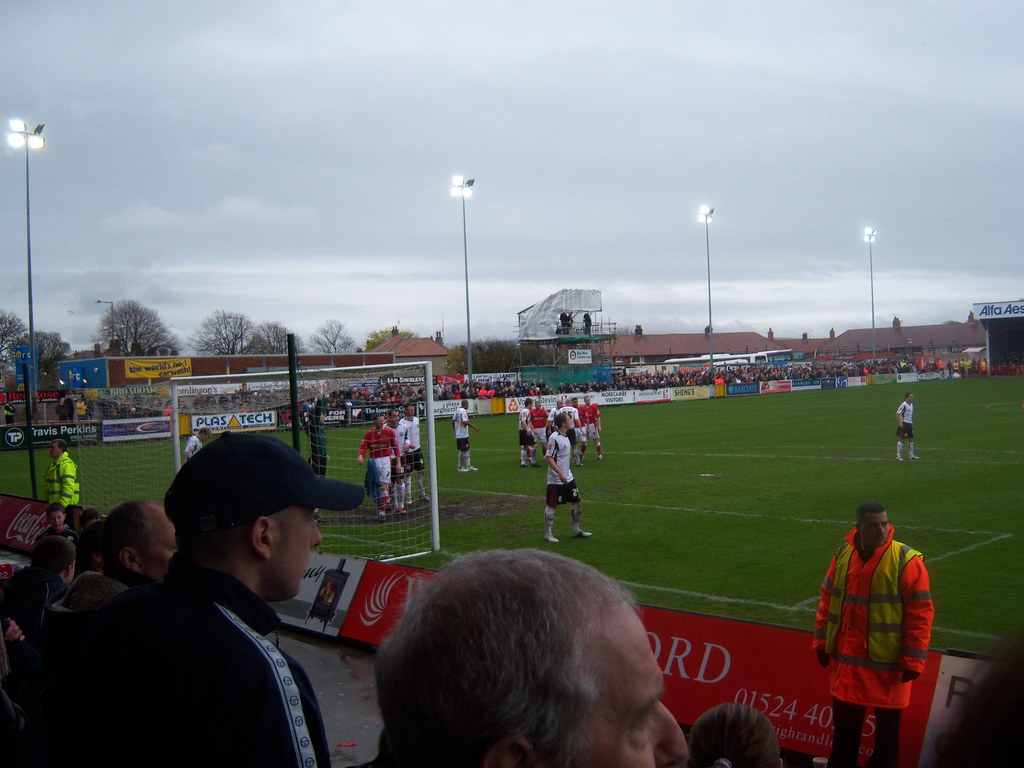 The Car Wash Terrace, full of away fans on this day

Still has a very none league feel, with the Car Wash Terrace and Umbro Stand being quite small. It does the job though, the terrace in the North Stand was nice and steep, so even low down the view was excellent, as well as a decent little bar. 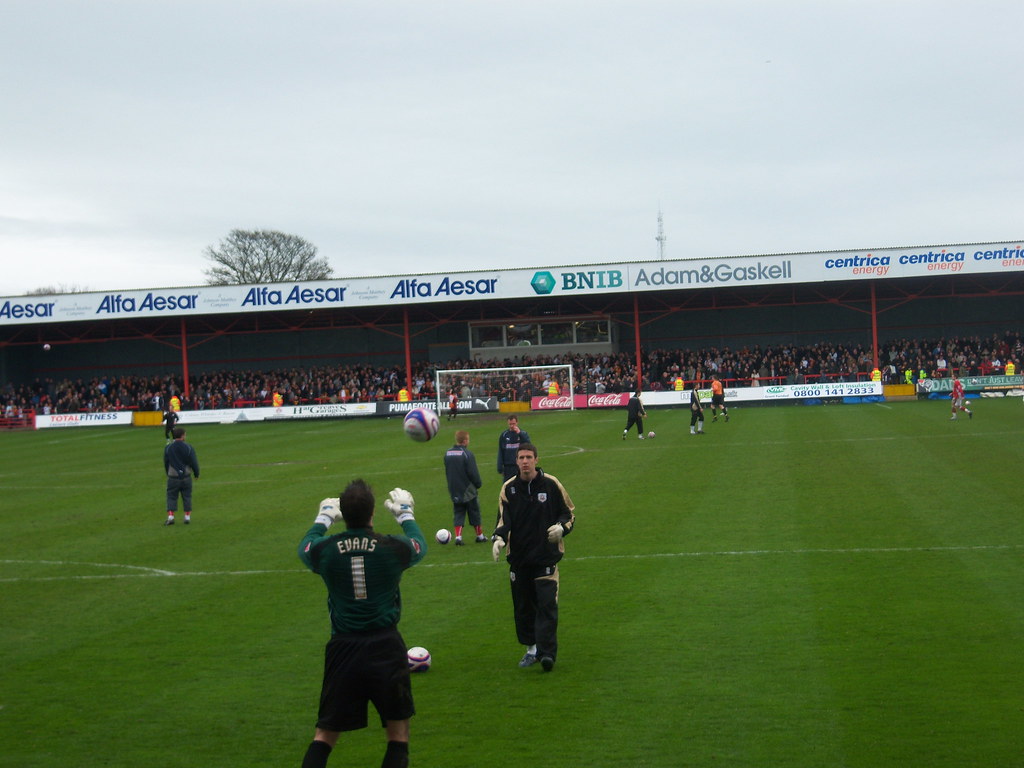 Very good from the Morecambe fans in the North Stand, non stop pretty much all the way through, even when Bradford were leading. Bradford were quiet until they scored, very loud once they had, then shut up once Morecambe equalised. 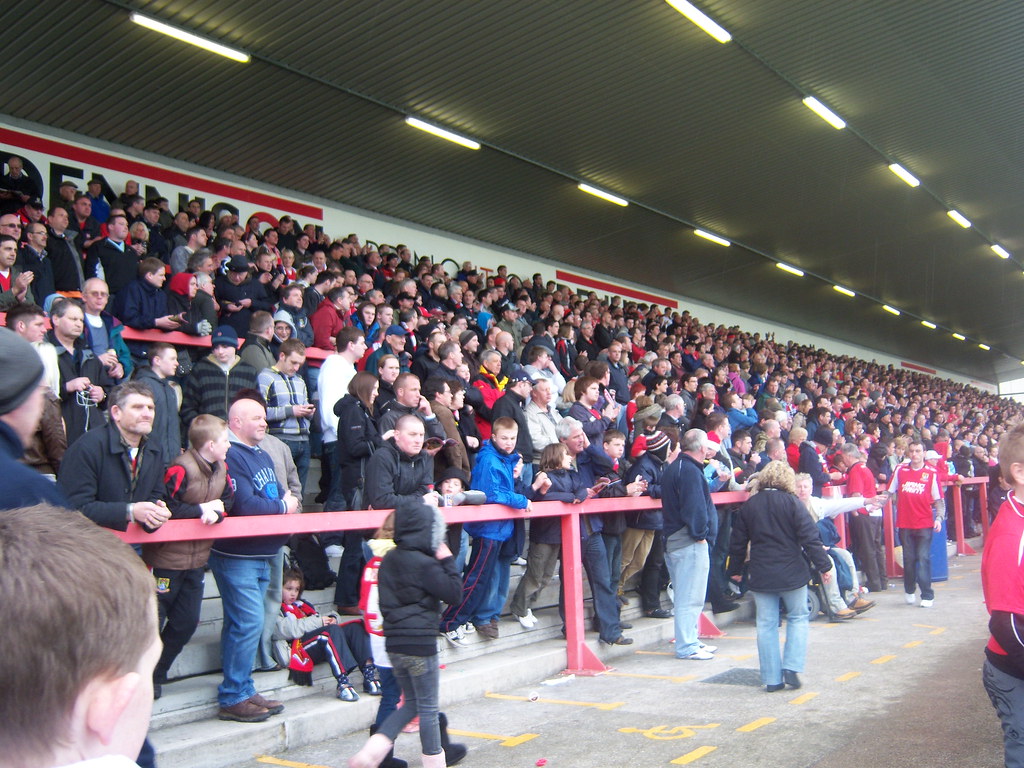 Morecambe fans in the North Stand 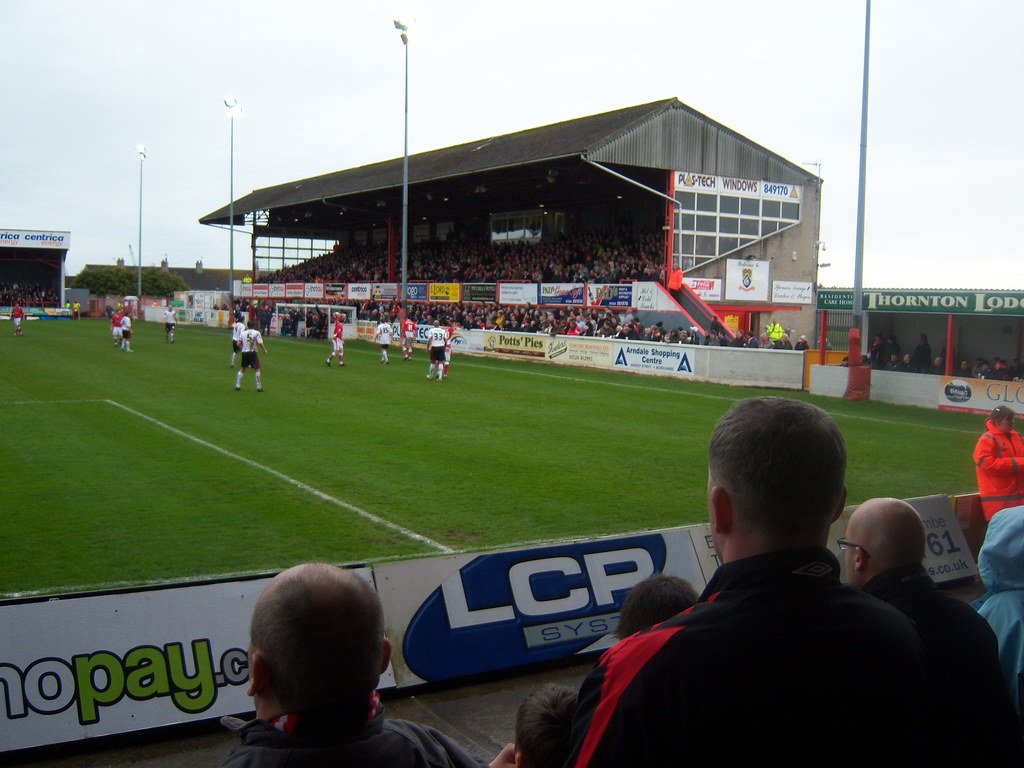 Decent little ground at League Two level. Good atmosphere, good home terrace, and something not many other grounds I’ve been to have, good food!
Christie Park/ Globe Arena Photos
Posted by Unknown at 05:03