The road layout has changed slightly since I was last there! In hindsight should have stayed on M55 a junction longer, so as long as you do that its easy, can’t miss it. Pay and display literally 10 seconds from the ground. Just be aware that they charge more during ‘holiday season!’ Might have been August when I went, but it was nothing like holiday season! 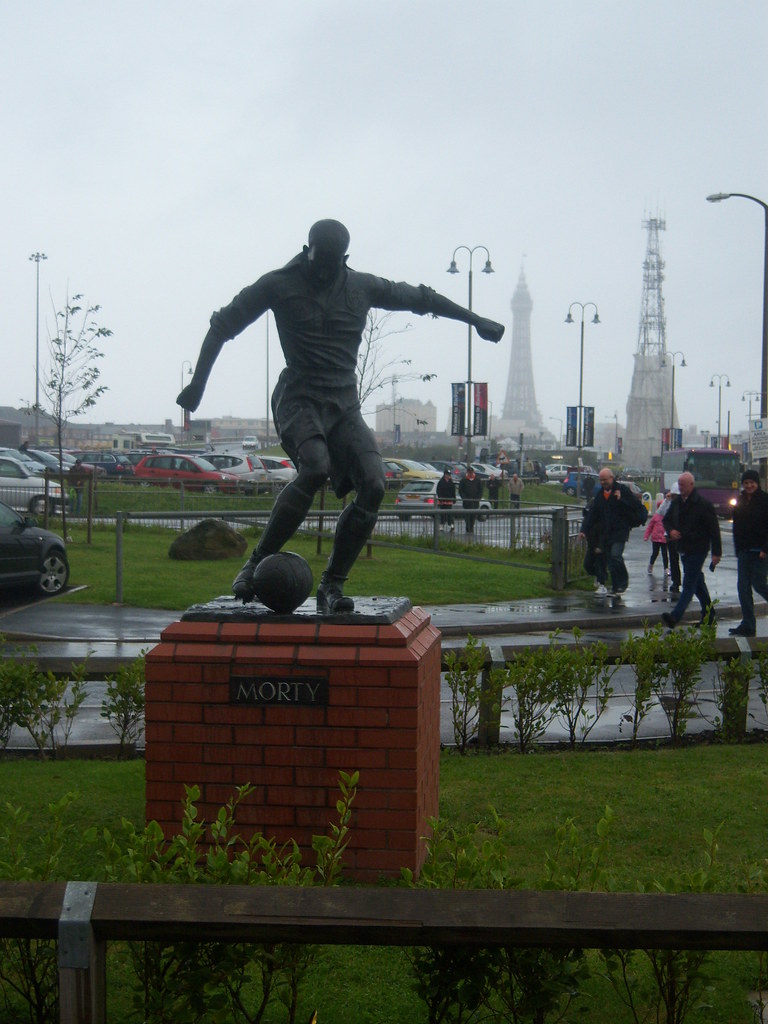 Stan Mortensen statue outside the ground, with the Blackpool Tower in the background, 2009

If you cant find anything in Blackpool, you’re blind! Good pub called the Happy Jock just away from the ground towards the front. 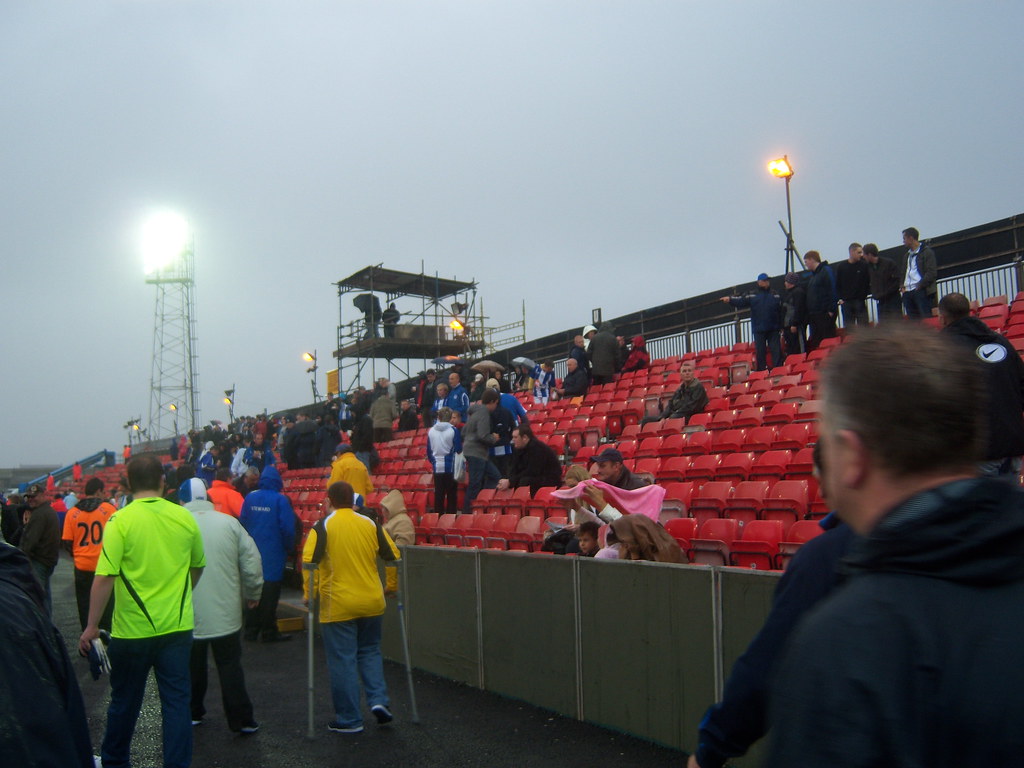 The old uncovered temporary East Stand for away fans! 2009

It will be a smart little ground when it’s finished…as it is, away fans currently have to endure a shaky uncovered temporary stand, which is just lovely on horrible rainy nights like my first visit. Thankfully it has now been replaced with another temporary stand, but that one at least has a roof. The South Stand, which was still unfinished on my first visit, is now finished and opened in March 2010. 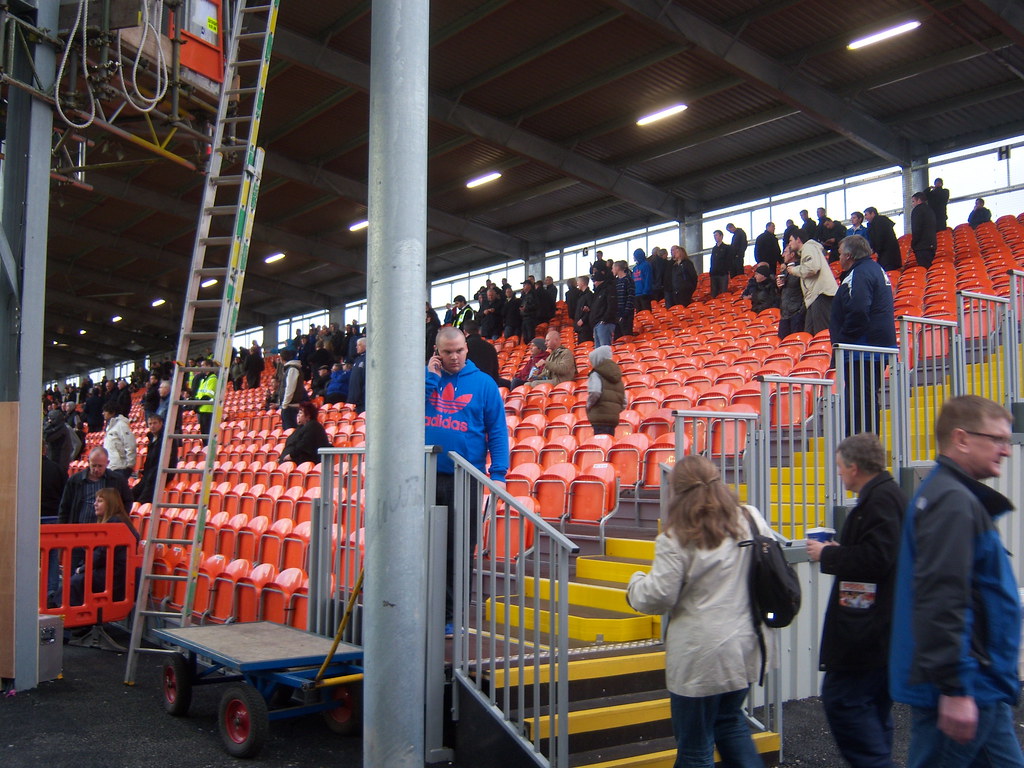 The new and improved covered, but still temporary away end! 2010

Can’t argue with Blackpool fans, they made plenty of noise all the way through. Probably the only time Ive ever heard a drum too that actually helped the atmosphere rather than drowning it out. Wigan fans were poor, the performance didn’t exactly help, but any noise we did make early on was nothing in that uncovered side. A big improvement on my second visit understandably given the roof over the away end and the improved performance. 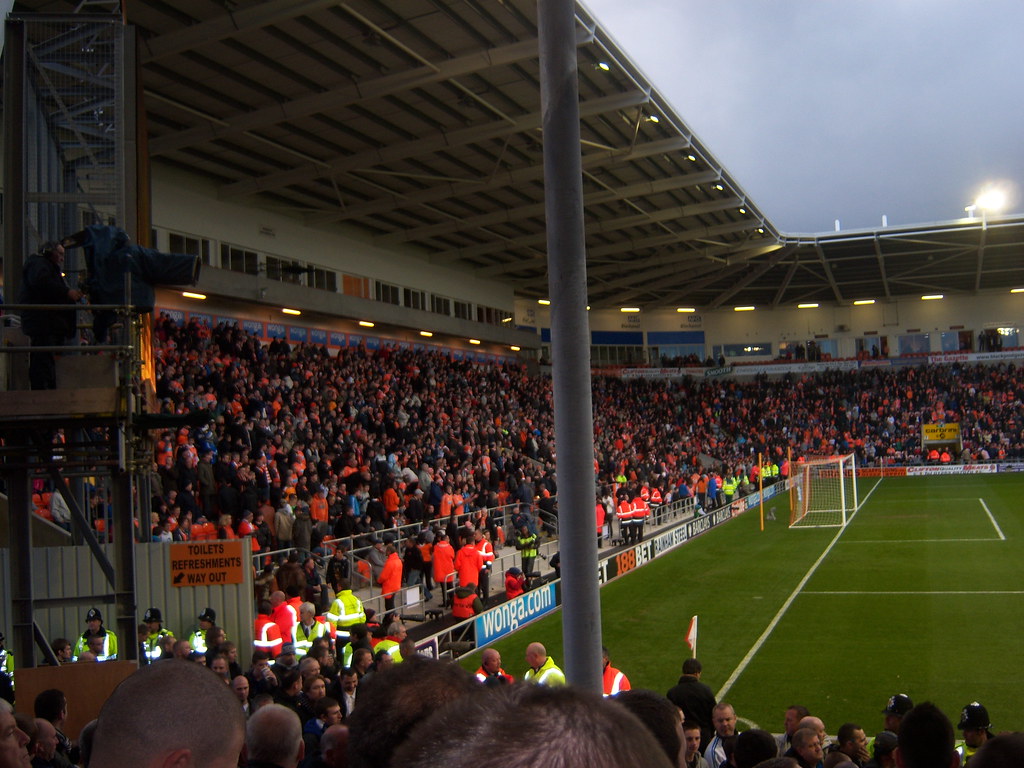 On completion of the Armfield Stand in March 2010, smaller away followings were accomodated in the corner of the North Stand, while bigger followings stayed in the temporary East Stand. With Blackpool now promoted to the Premier League, the old temporary East Stand has been replaced with…a temporary East Stand! It is a big improvement on the old one though, and does have a roof now, and away fans now have around 2,000 tickets, taking up half of this stand. 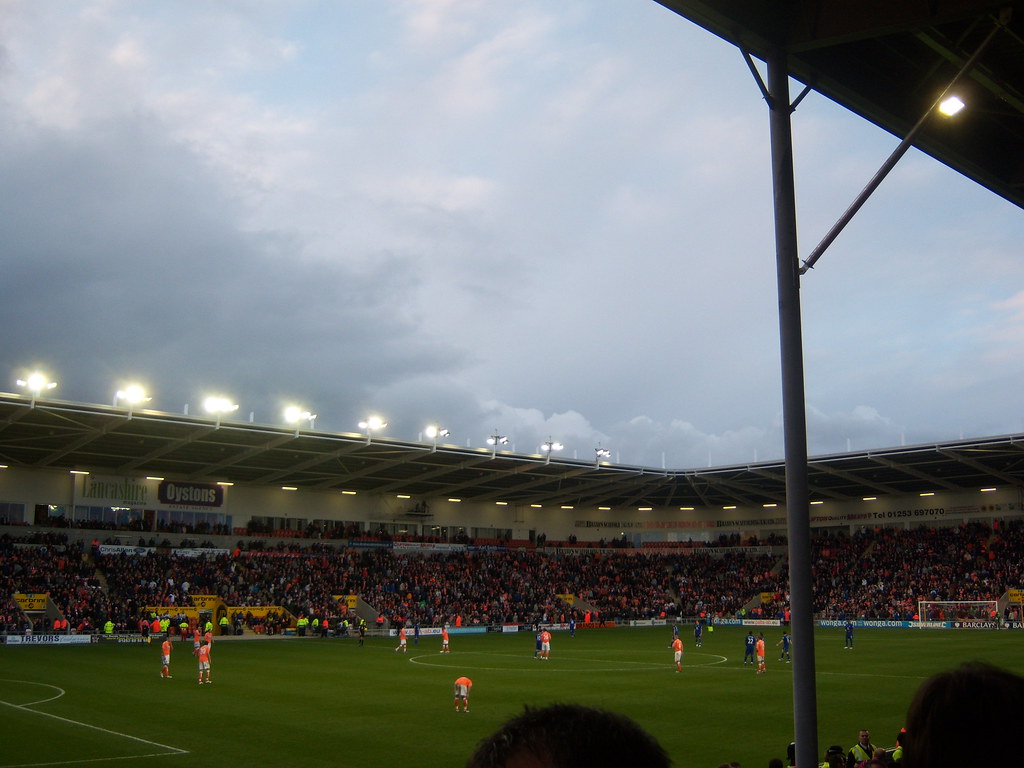 The Matthews and North Stands, 2010

Until that away end is changed, it will always be still a bit of a hole for visiting fans. Promotion has improved it, but it still spoils an otherwise top away day!
Bloomfield Road Photos
Posted by Unknown at 07:21