By public transport, Leigh is not the easiest town in the world to get to…mainly because it has no train station! Meaning your best option is a train to Wigan, bus from there to Leigh, then taxi from the bus station! Driving though, it’s great. The new ground is just off the East Lancs Road, not far from the M6, and there is ample free parking available at the ground, where the stewards are even very efficient at getting rid of all the cars afterwards. 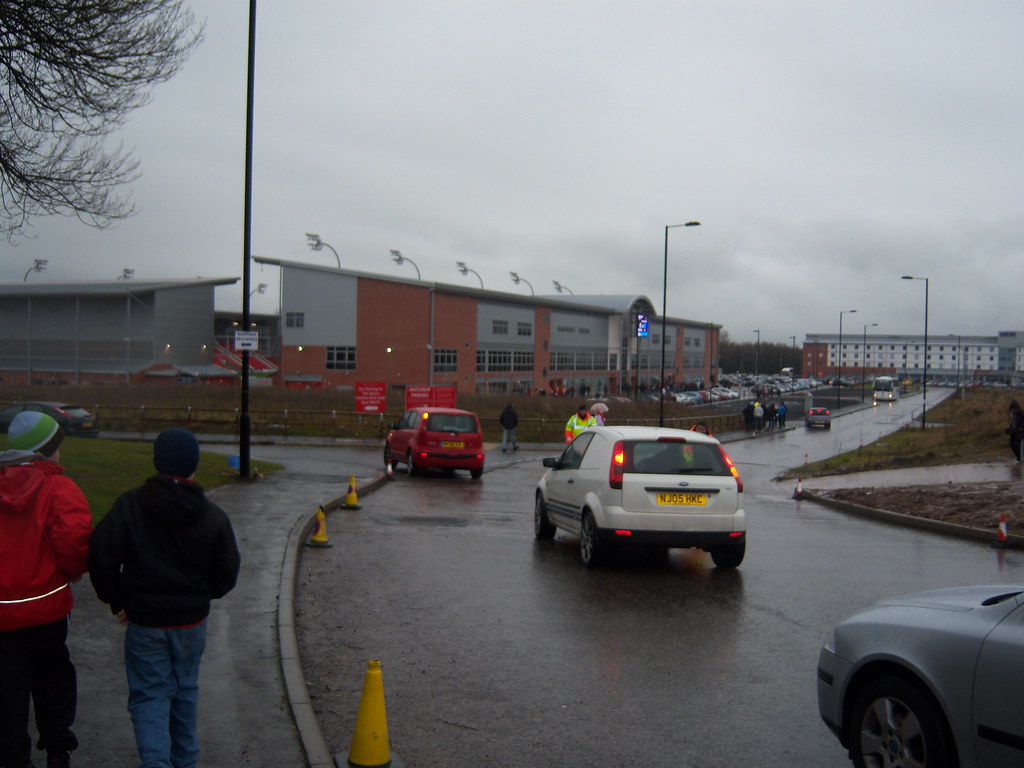 The ground is so close to the old Hilton Park site, a lot of the same old pubs are still popular. The Railway, and the Harvester on Atherleigh Way are always fine on a matchday, and on site at the ground is the Legends Bar. 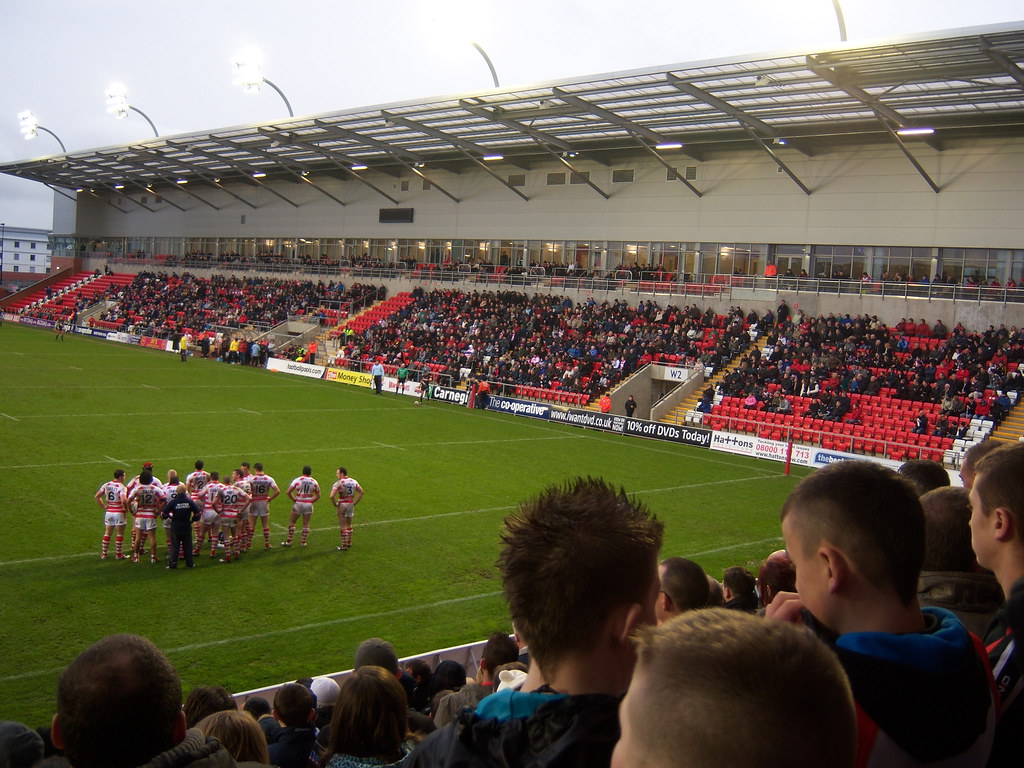 As you would expect from a new ground, and Leigh’s attendances mean that there is no real crush under the stand for food and drink at half time. There are also TVs inside the ground with Sky Sports on, which is always a plus. On the outside, the ground is all seated on three sides, with the large terraced North Stand behind the posts at one end. 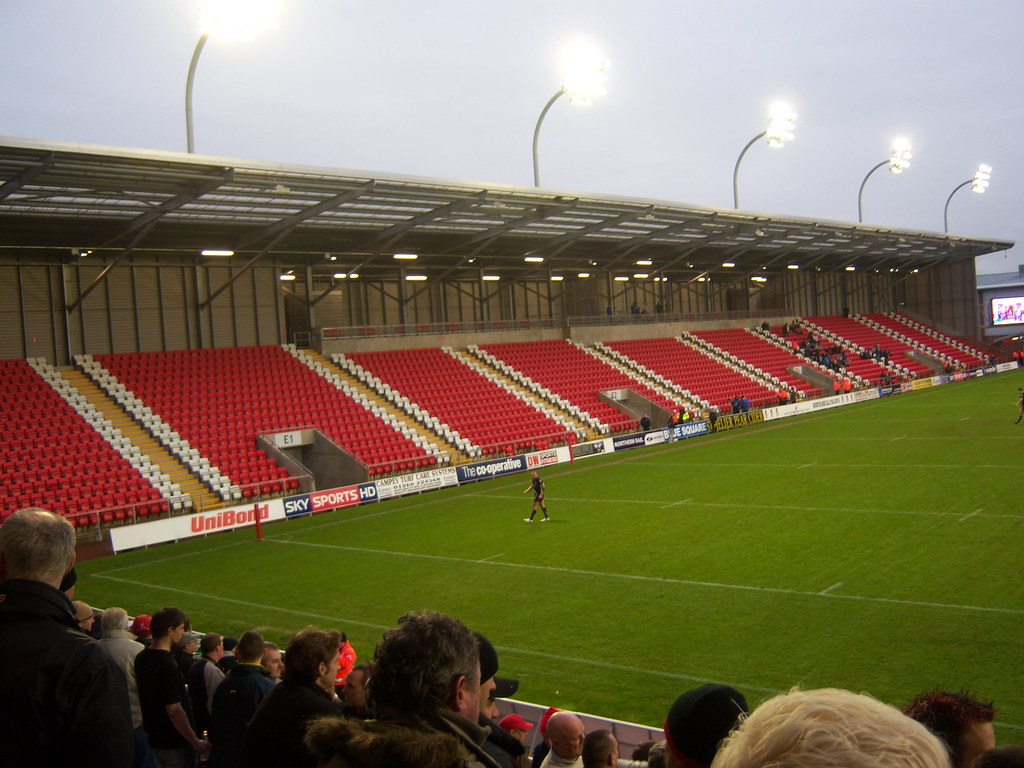 Not bad considering the ground is so empty. The obvious anti-Wigan feeling made for an excellent atmosphere at what was supposed to be a friendly match, while even for a Northern Rail Cup game with just 1,600 or so in attendance and two stands shut, the atmosphere and banter between the two sets of fans was always lively. 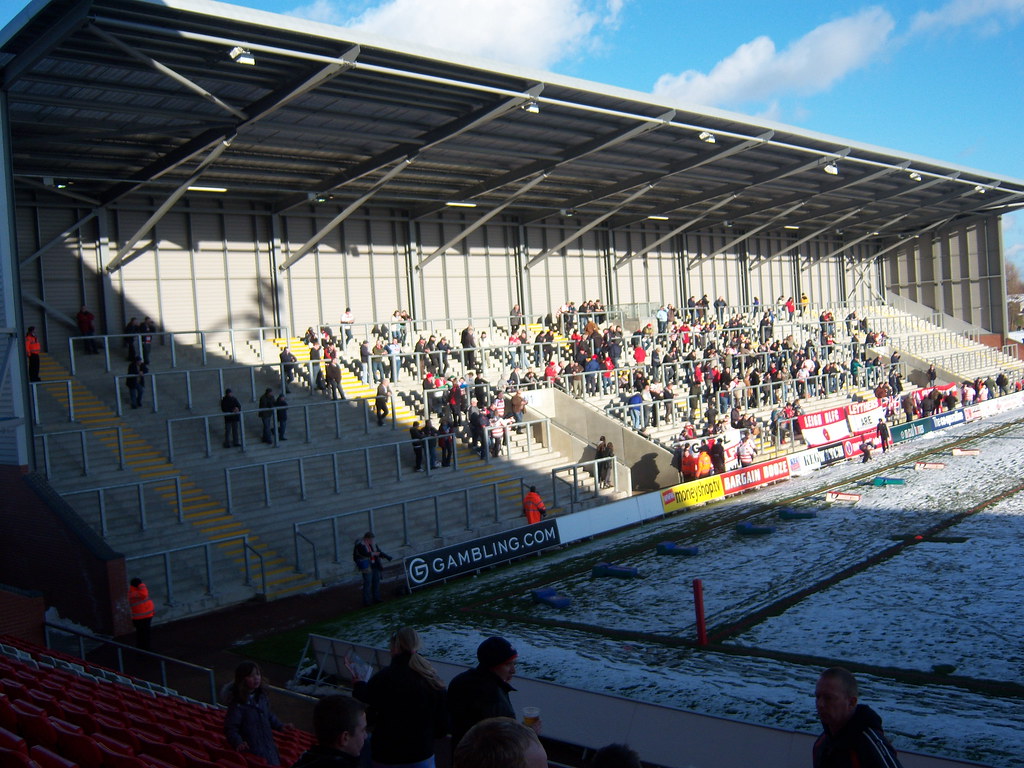 The North Terrace for a Northern Rail Cup game, 2010 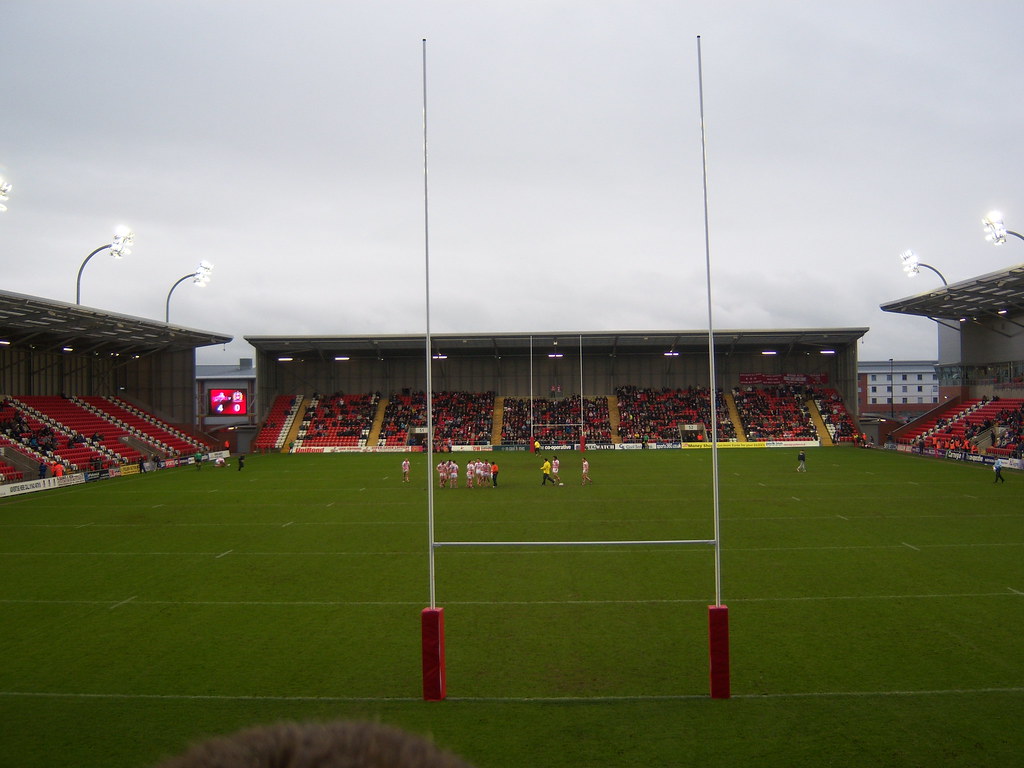 A massive improvement on Hilton Park in every sense really. Always sad to see an old ground like that go, but Leigh are an infinitely better off club with greater future prospects at the LSV.
Leigh Sports Village Photos
Posted by Unknown at 07:27