Stayed in the city the night before, and we were bussed to the ground. We went down earlier in the day to have a look around though, right across the street from the station, great. 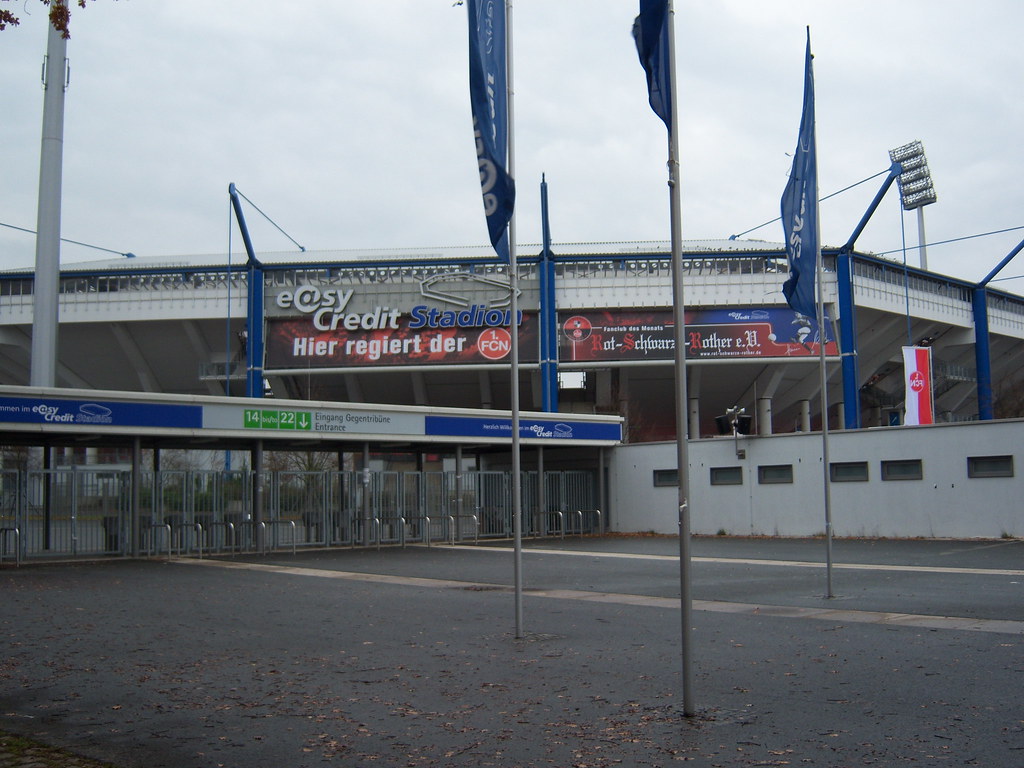 The ground itself, not much, there was one boss little bar down a little country road that was packed with both sets of fans. We spent most of the time beforehand in town. The site of the rallies is just down the road from the ground, well worth looking at, really eerie place.
As far as food and drink went, Nurembergers! All day every day! The local special sausages, Germany is famous for sausages and not without good reason, because these things were beauties! You could get them anywhere in town, drowned in German mustard, absolute sausage heaven! And of course, the Germans are also famous for their beer… 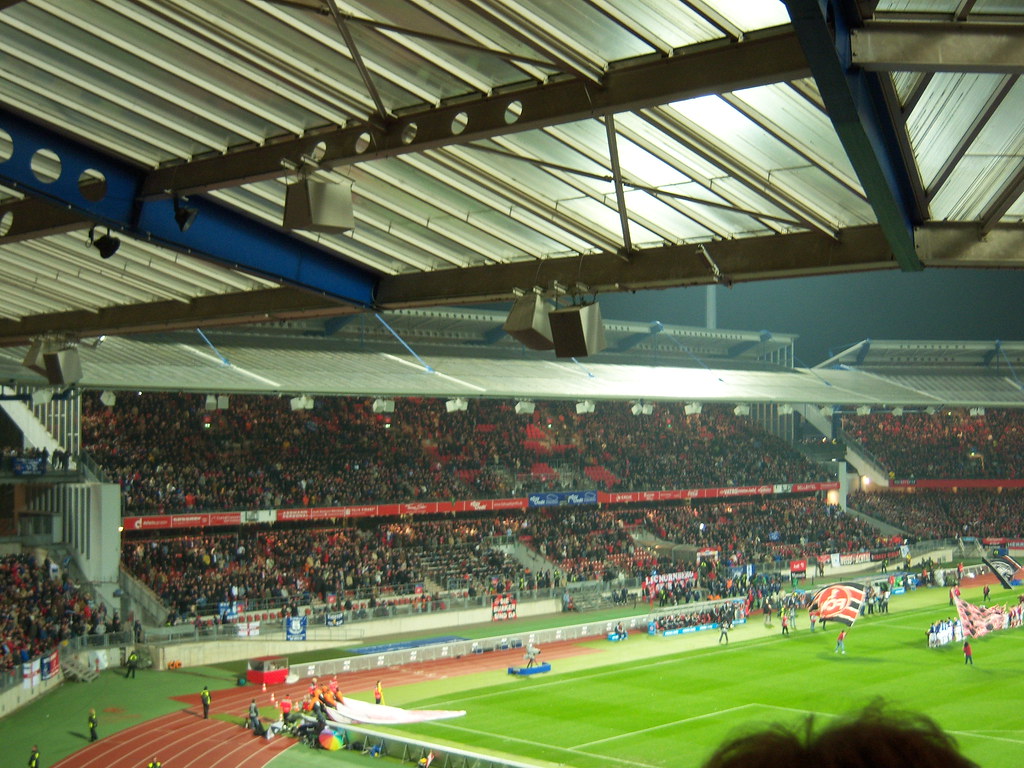 Awesome. The Germans seem to do most things better than we do. Height between rows was great, and the lower tiers were raised, rather than sitting below pitch level. No obligatory no mans land, just a fence keeping us apart, huge outdoor concourse area, great food and reasonably priced (3 Nurembergers on a roll…mmm…) and they got around the beer rule by selling us ridiculously weak beer that we were allowed to take to the seats! Germans are great. 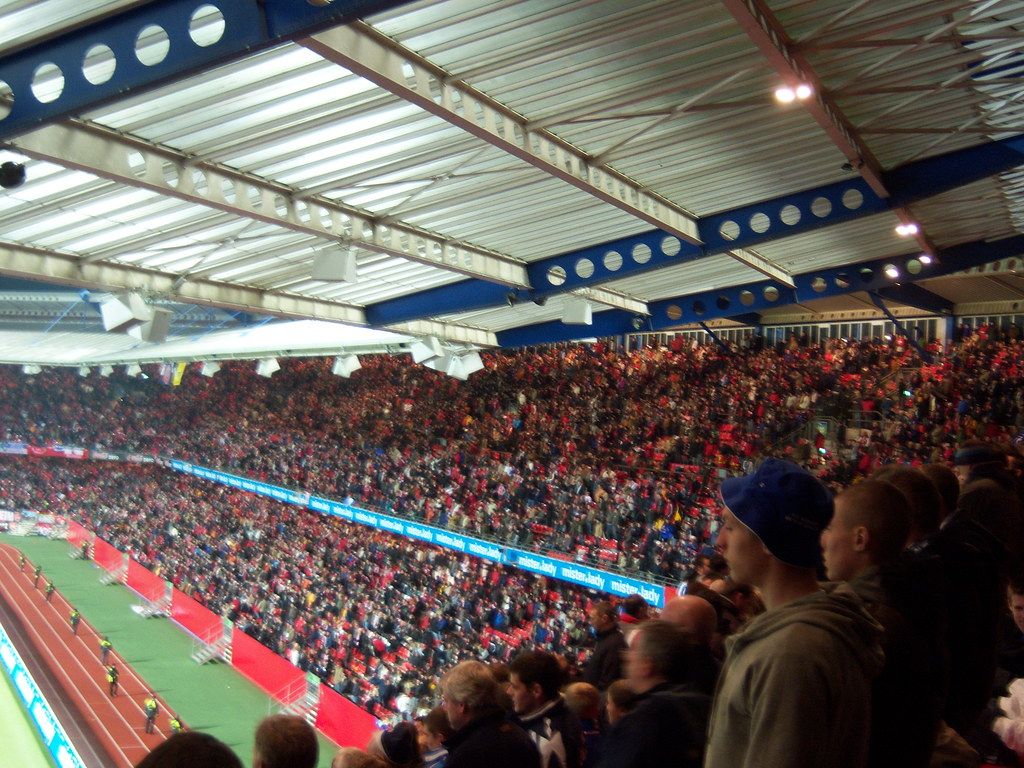 Awesome. Best ever. Nuremberg were loud and intimidating, and their ultras never let up for a second all night. When we scored the second goal, a lot of the fans nearest to us left. The ultras still never stopped singing, they were brilliant.
As for ourselves, it was a bit on and off all night. Atmosphere after we scored, and in the town, especially in the Shamrock on Wednesday night was among the best Iv’e ever been in the middle of. 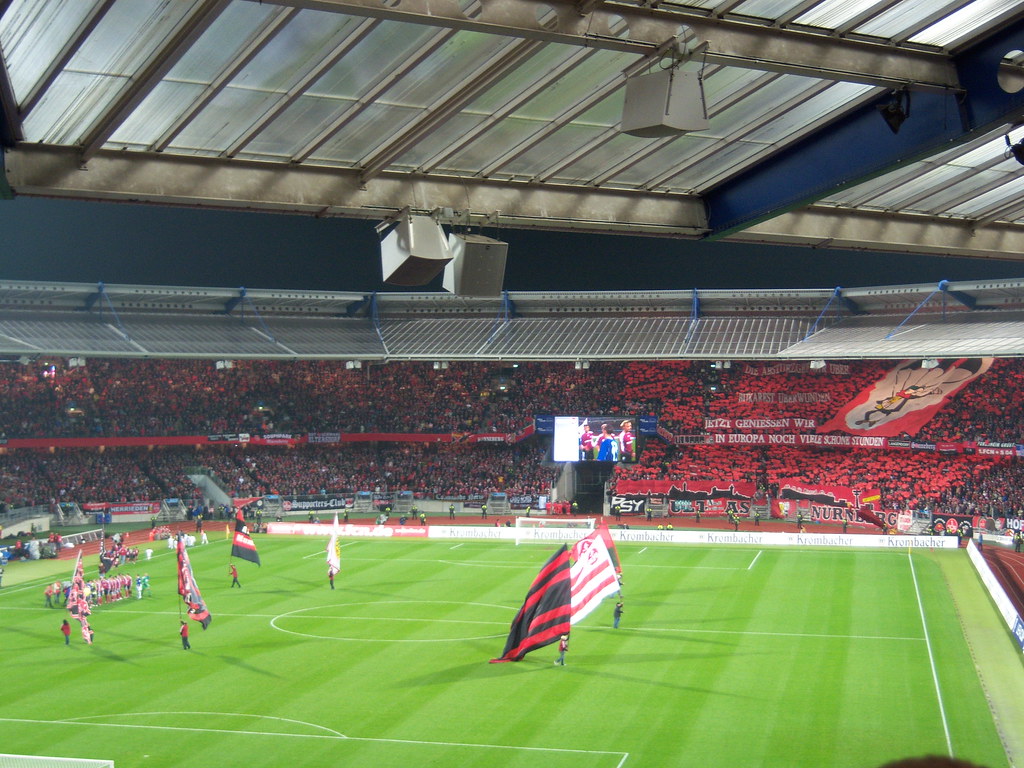 Nuremberg's ultras put on a show in the Nord Kurve

Far too many stories from Nuremberg to put on here, it was one of the best away trips ever, everything about it was stunning. The most memorable moment of the trip though had to be around 5ish the night of the game, all the fans were out in town drinking, while all the locals were all just finishing work and going about their business. Loads were loving it though and joining in with us and having a laugh! Best of the lot, some old German woman who downed a full bottle of beer to the fantastically improvised “Swallow swallow swallow, Everton is the team to swallow! And there’s nobody better than Nana Arteta, she’s the best little German we know!” 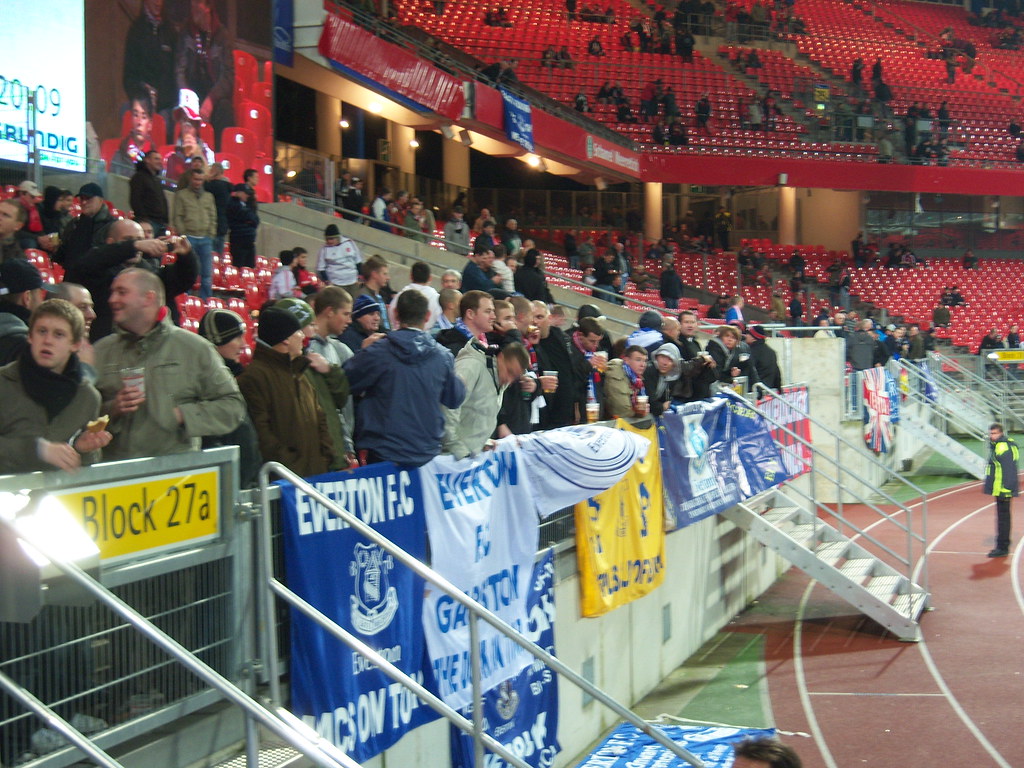 Blues fans in the Sud Kurve

Great ground, absolutely brilliant experience, stunning food and the best atmosphere ever. Fair to say it was a good night!
Frankenstadion Photos
Posted by Unknown at 14:33