Drove on every visit…takes forever, and parking at the brewery opposite is great…until it comes to getting out after the game, then you can grow old waiting. They’ve now knocked that down though, so we’ve used a pay car park right near where you come off the bridge near the Metro Arena, infinitely better for getting away afterwards, even if it is a walk. 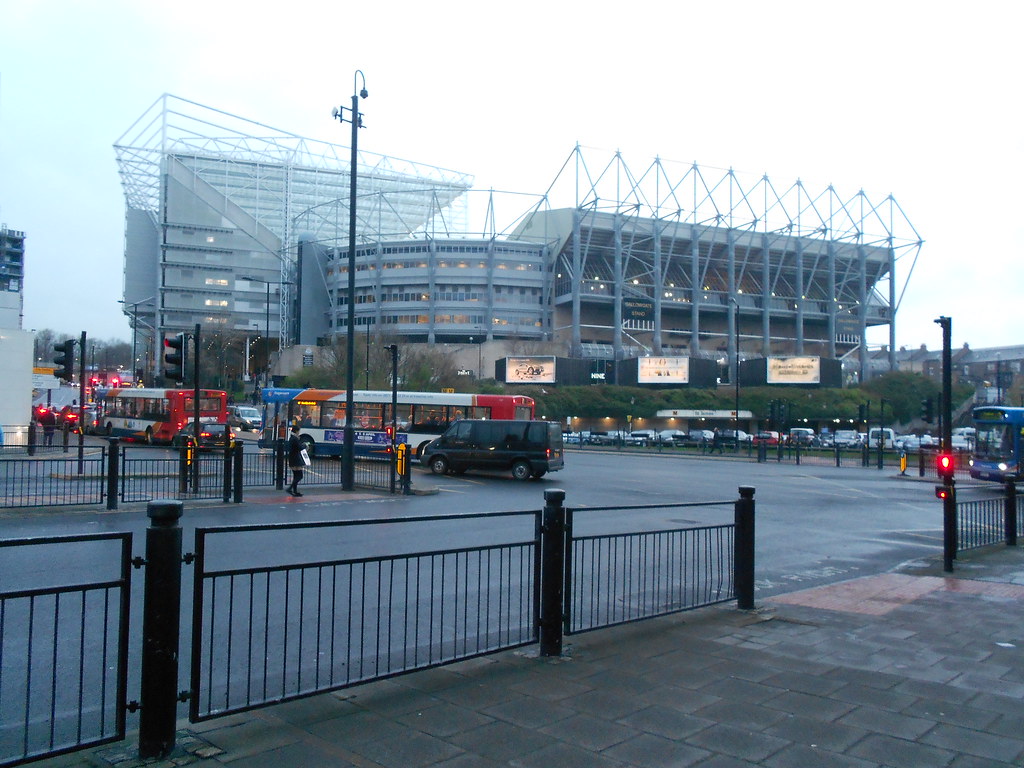 Immediately around the ground, not much really. Couple of pubs, but they never seem all that welcoming for us. Probably because Newcastle are so close to the city centre, the away fans naturally just spread out, rather than all ending up in the same places. 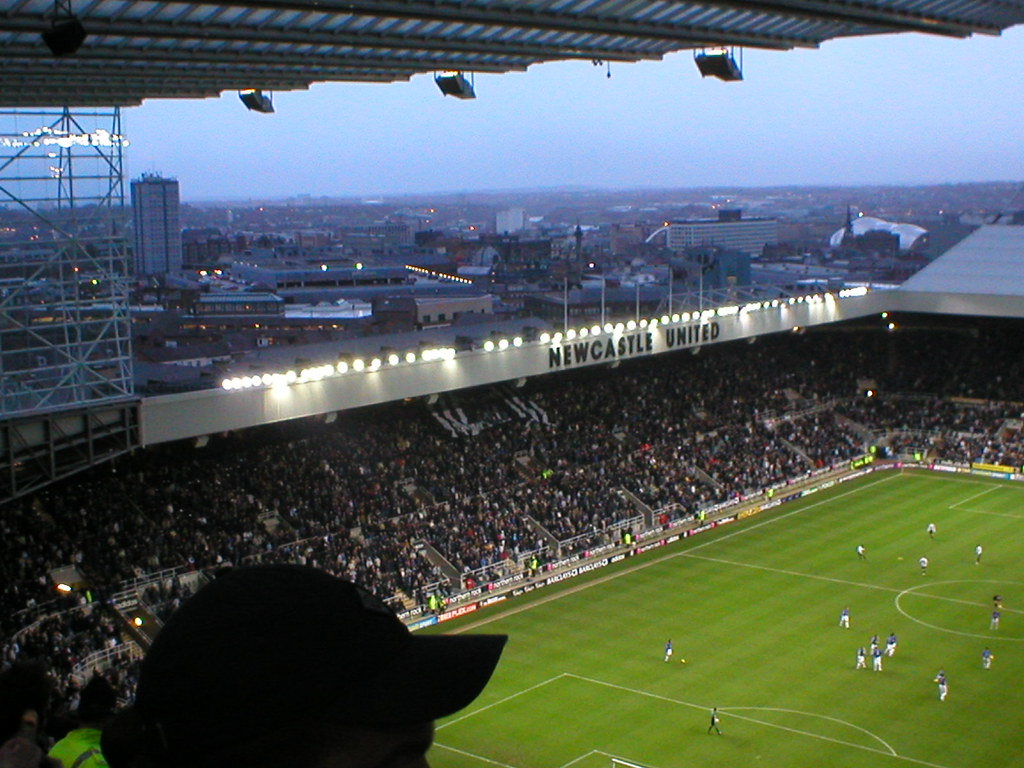 Take an oxygen tank…you’re on level 7 up in the Gods, and you will need recovery time when you get to the top! Under the stand is spacy and they have TVs etc. but the view from the seats takes the mick. It’s like watching a game of Subbuteo. 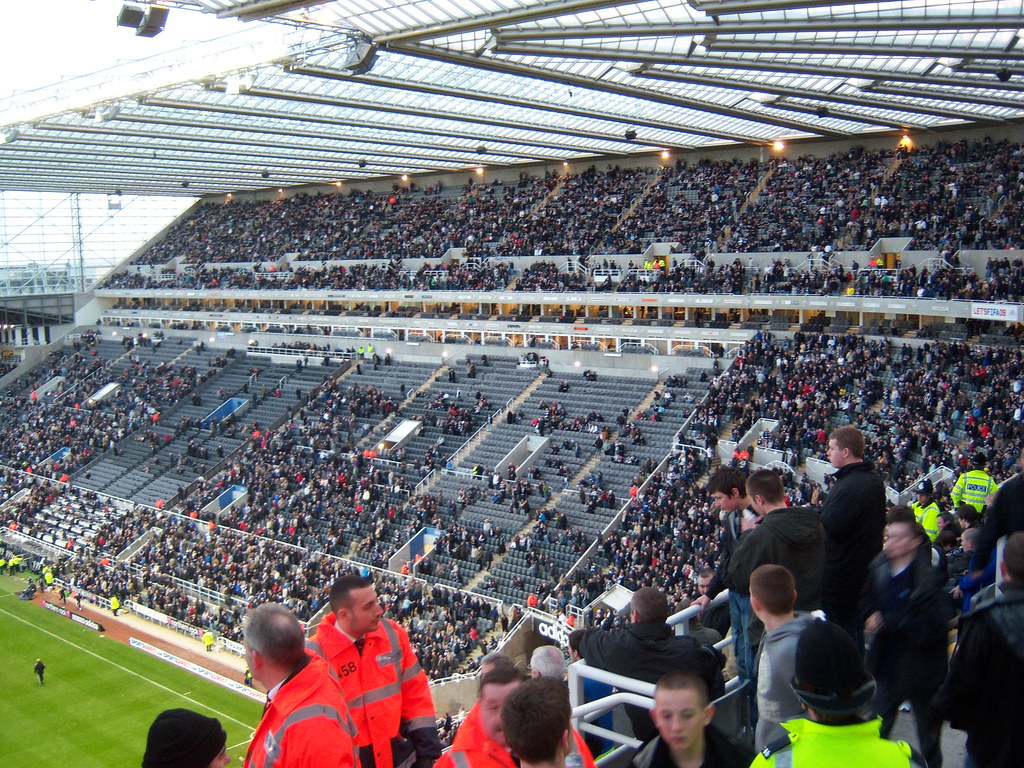 Rubbish…couple of scallies on the other side of the divide shouting abuse and that’s it. Generally one of our worse showings of every season too for some reason. 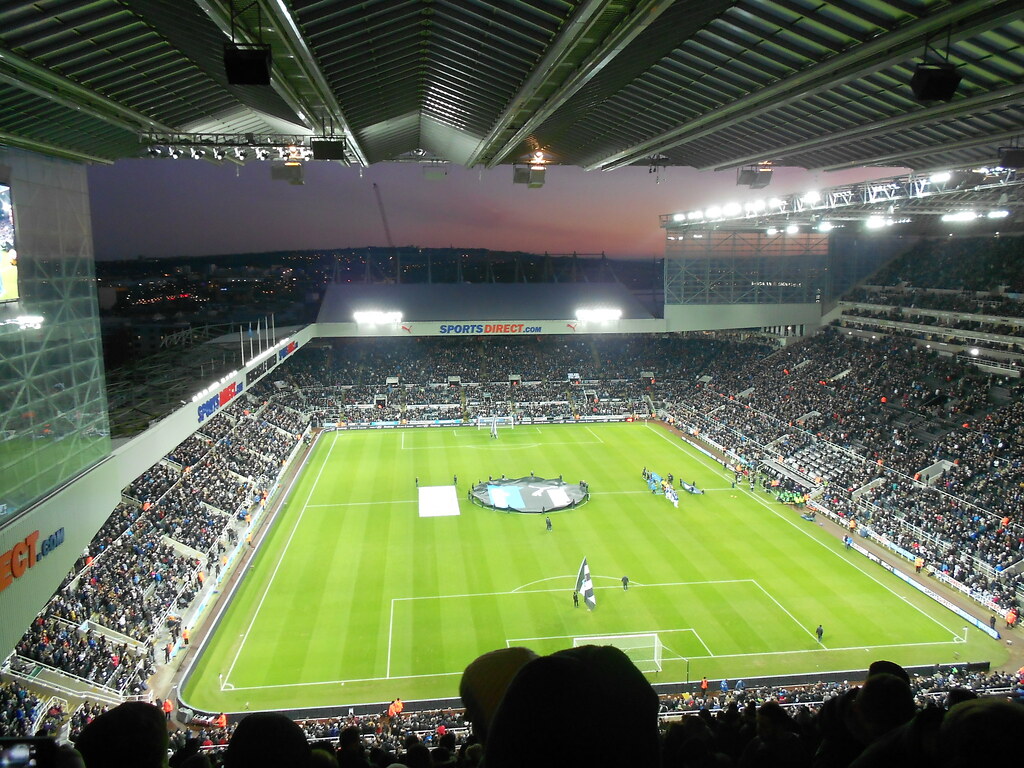 View from the visitors section of the Leazes End, 2014

The Local Hero is probably my favourite 'walk out music' at any ground bar Goodison. Absolutely brilliant tune, and just works so well.

I hate going there!
St James Park Photos
Posted by Unknown at 06:26