It’s a long way, but it’s not complicated, whichever route you go. We went down the M62/A1 route on the way there, and it’s impossible to get lost. Went on the A14/M6 on the way back, and while there is often more traffic that way, it’s a lot faster. Big car park at the ground, but we parked at a pub for free on Oundle Road, which was much better for getting away after the game. 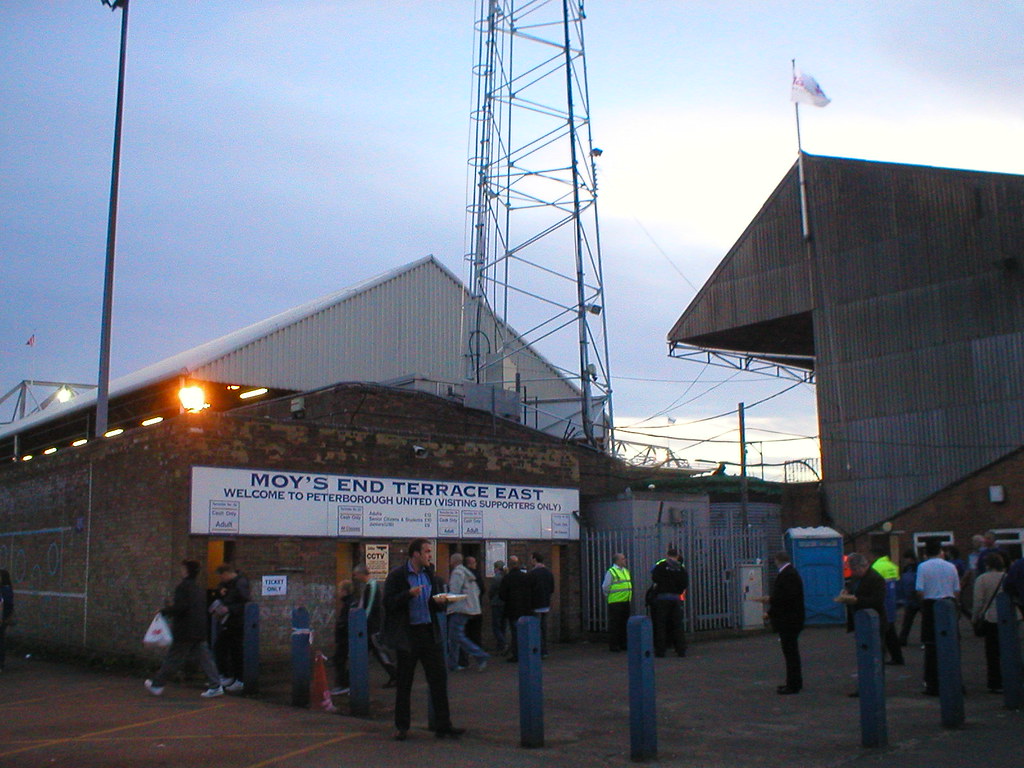 Exterior of the Moy's End turnstiles

Everything you need from an away day! Loads of pubs, loads of takeaways and chippies, even a big Monkey Island-esque costume shop on London Road! 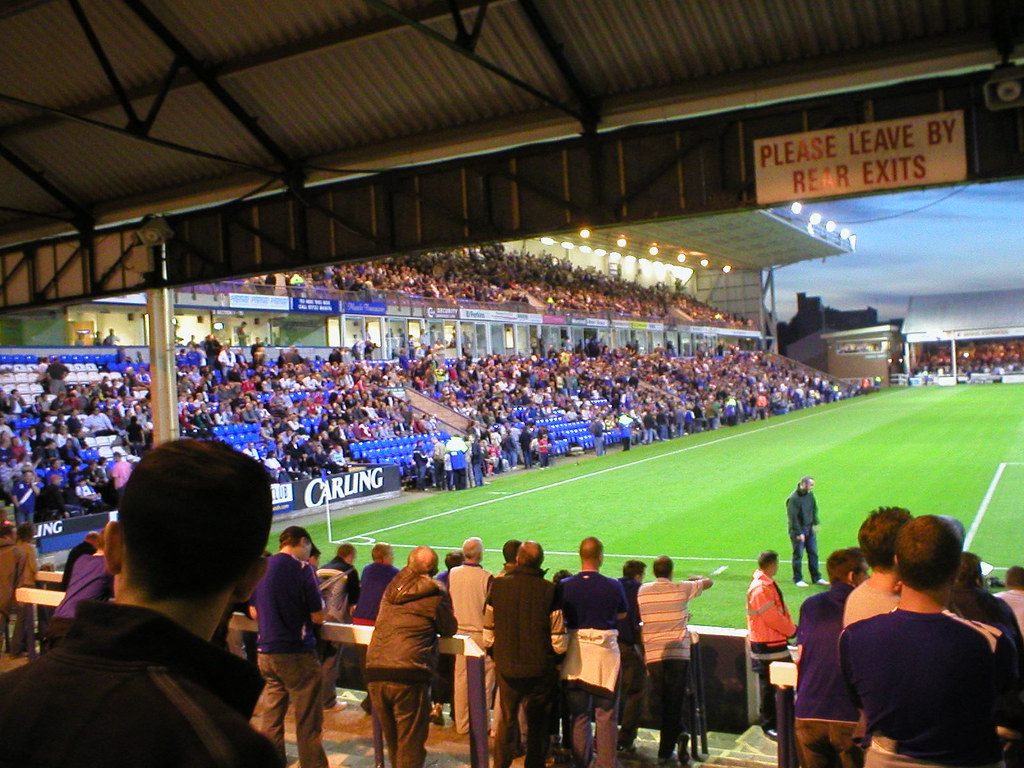 Brilliant to look at from the inside. Huge covered terrace behind each goal, the small Main Stand, and the big new South Stand. Thought it was interesting that the front row of the South Stand was on the pitch, they all ran on when they equalised! Away end was everything you expect. Big roomy terrace, but not so good down below. Not enough toilets (and they were pretty grim as well!) and only one food outlet thing for the lot of us. The queue at half time reached the length of the stand! Unfortunately the away terrace has now been demolished to be replaced with an all seater stand. 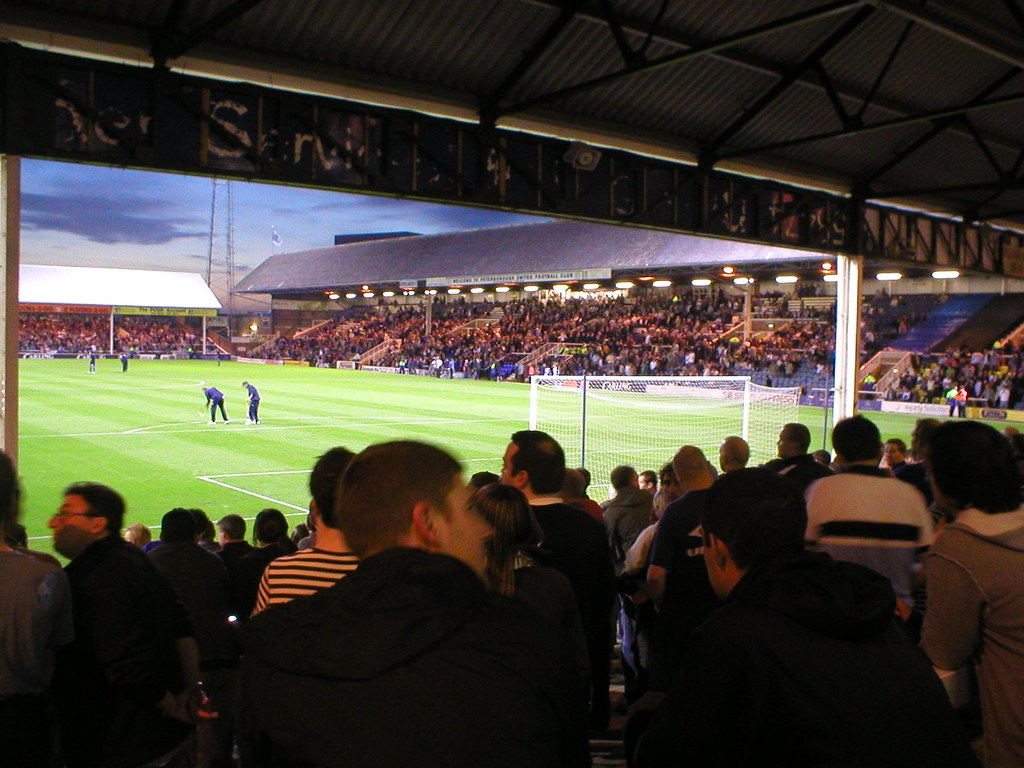 Poor first half, which kind of reflected how exciting the match was. Once they equalised early in the second though, both sets of fans picked up, as did the game, and overall, it was pretty loud at times. Acoustically, one of the best ends I’ve been in, I doubt I’ll hear a louder ‘the referees a ******’ all my life! 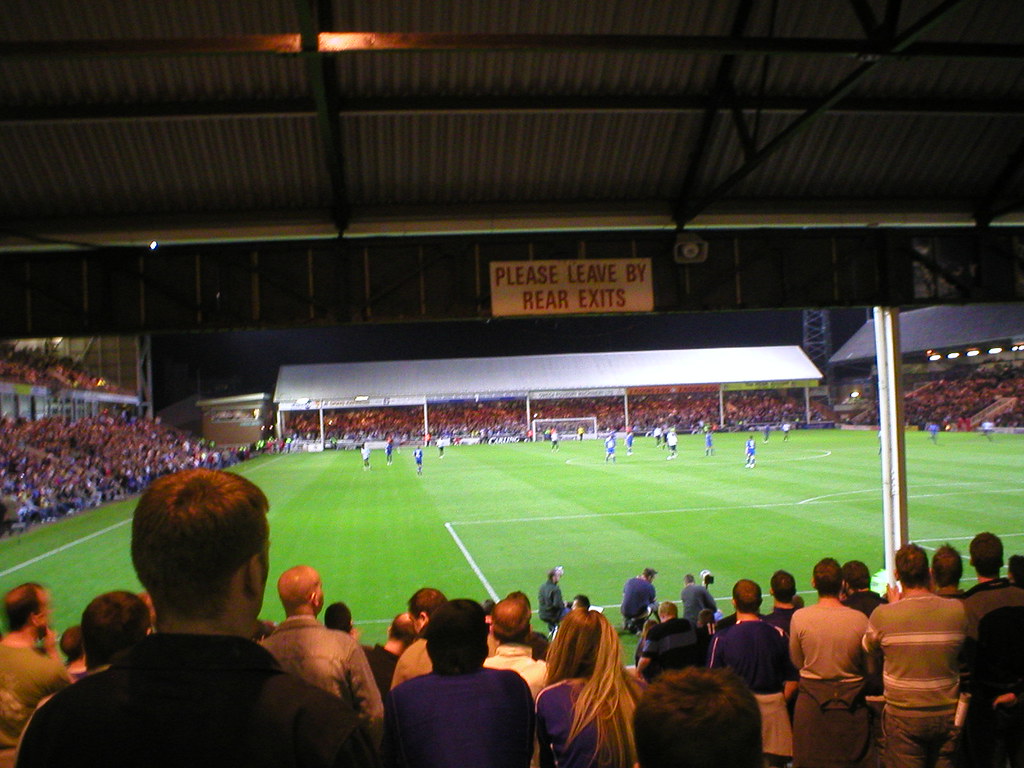 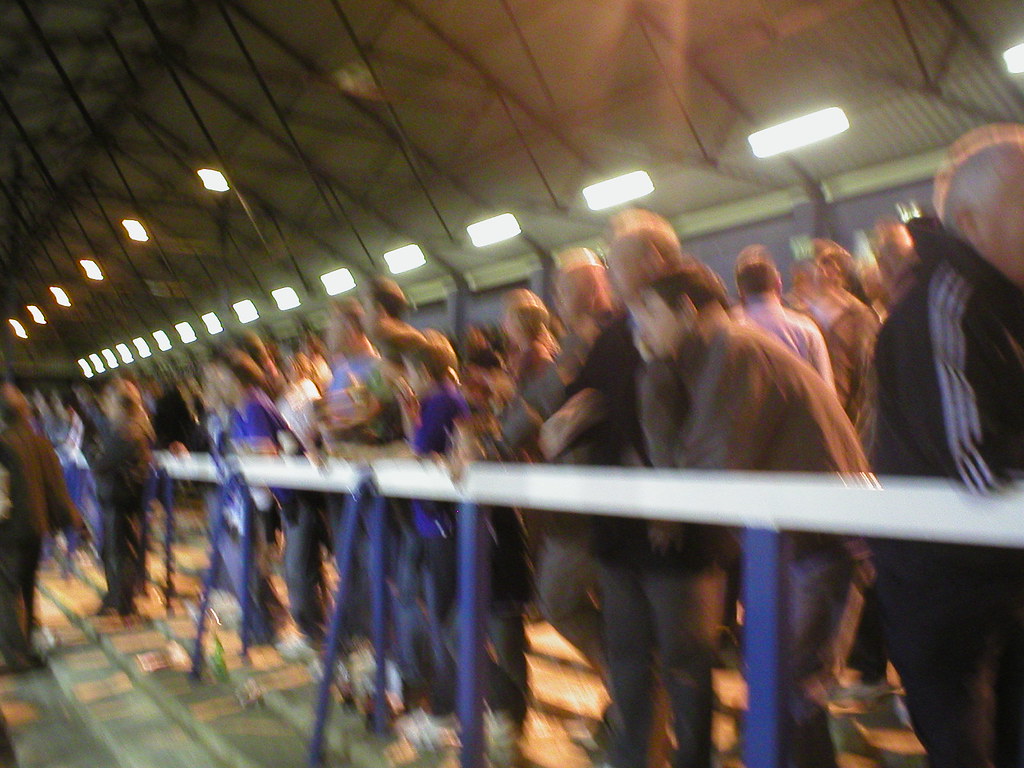 Everton fans in the Moy's End

I loved it. You get so bored of all these grounds that look the same, it was a really refreshing change, everything you need within walking distance, and a pretty relaxed atmosphere outside the ground.
London Road Photos
Posted by Unknown at 08:26