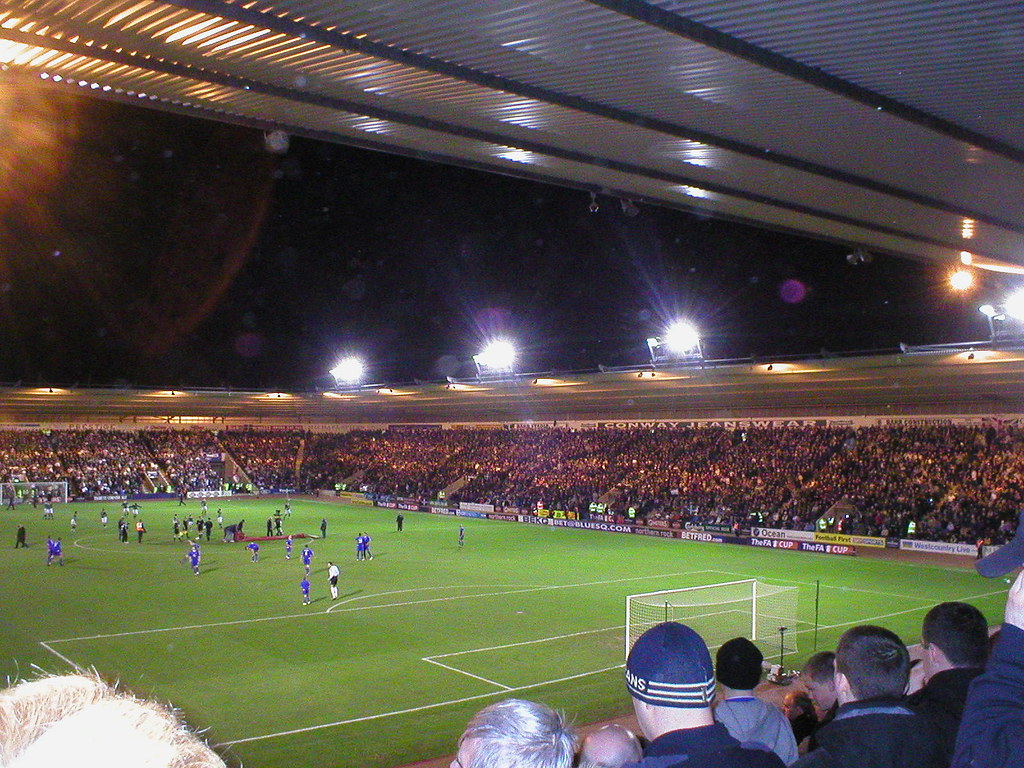 Drove all the way…it’s a looooong way! Straightforward though, and there is a big car park right next to the ground and it was free! 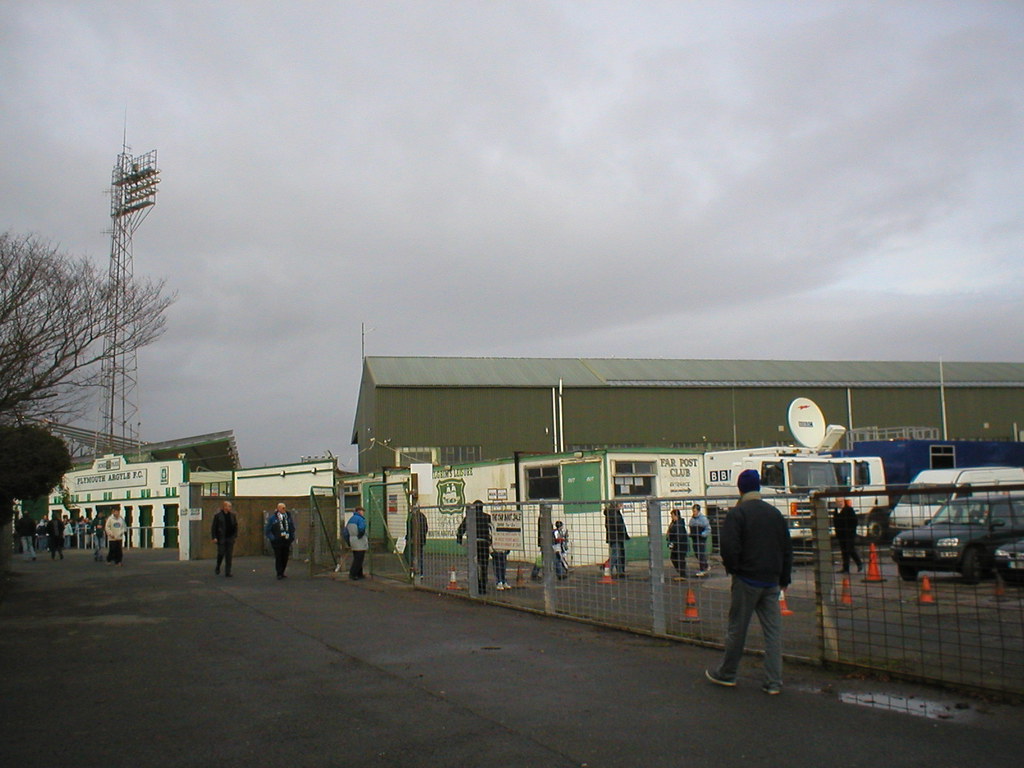 Approaching the ground from the park

Retail park across the road from the ground, but the city centre isn’t that far away so we ended up heading there. Oh, and they sell Ginster’s stuff inside the ground, what’s not to like? 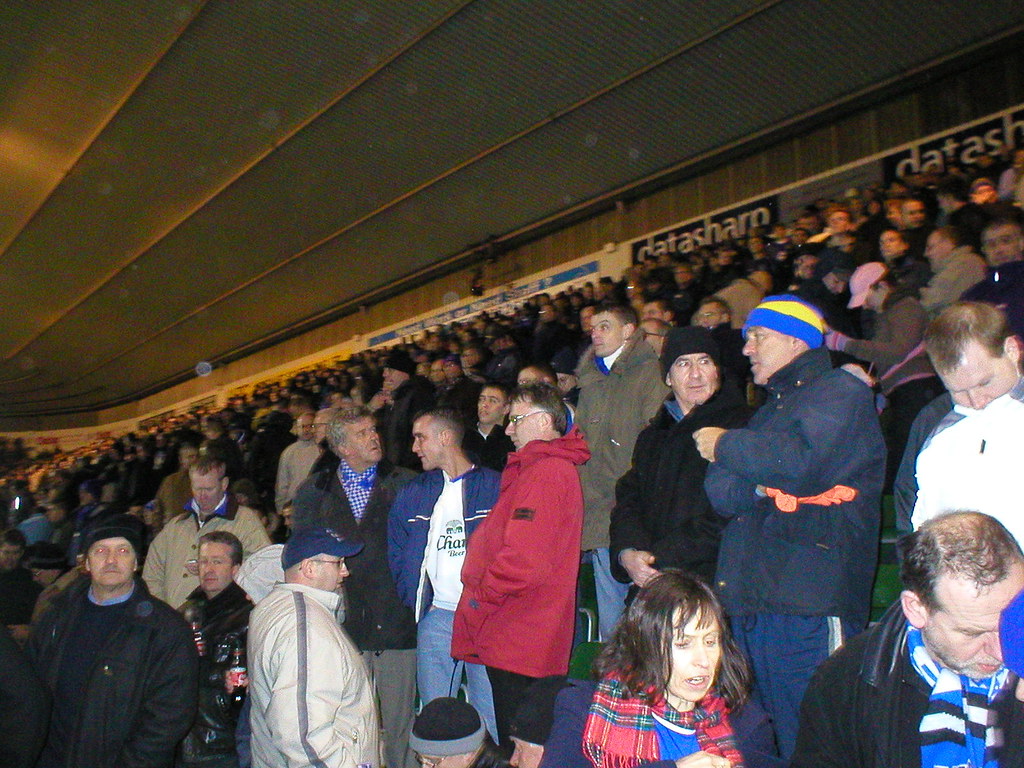 Away fans in the Barn Park End

It’s a bit tight underneath the stand, but the ground has been mostly modernised on three sides, leaving only the old Mayflower Enclosure behind. That was still terraced when I went, but has since been seated. 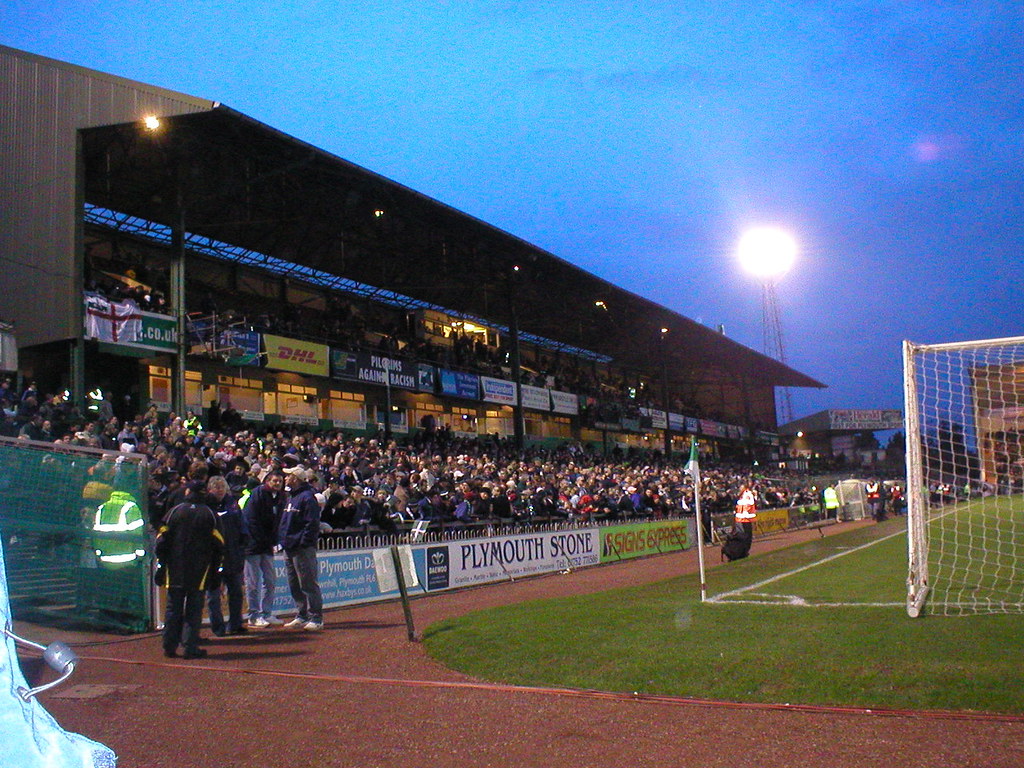 Brilliant when I went, but then it was a big FA Cup game, evening kick off and I just can’t imagine it’s that good all the time! The stewards were a pain though, kicking off at us for standing up and throwing people out. At one point, Plymouth fans started singing at us “2-0 and you still don’t sing,” to which a lad behind me responded “How the hell are we supposed to sing when we’re not allowed to stand up?” 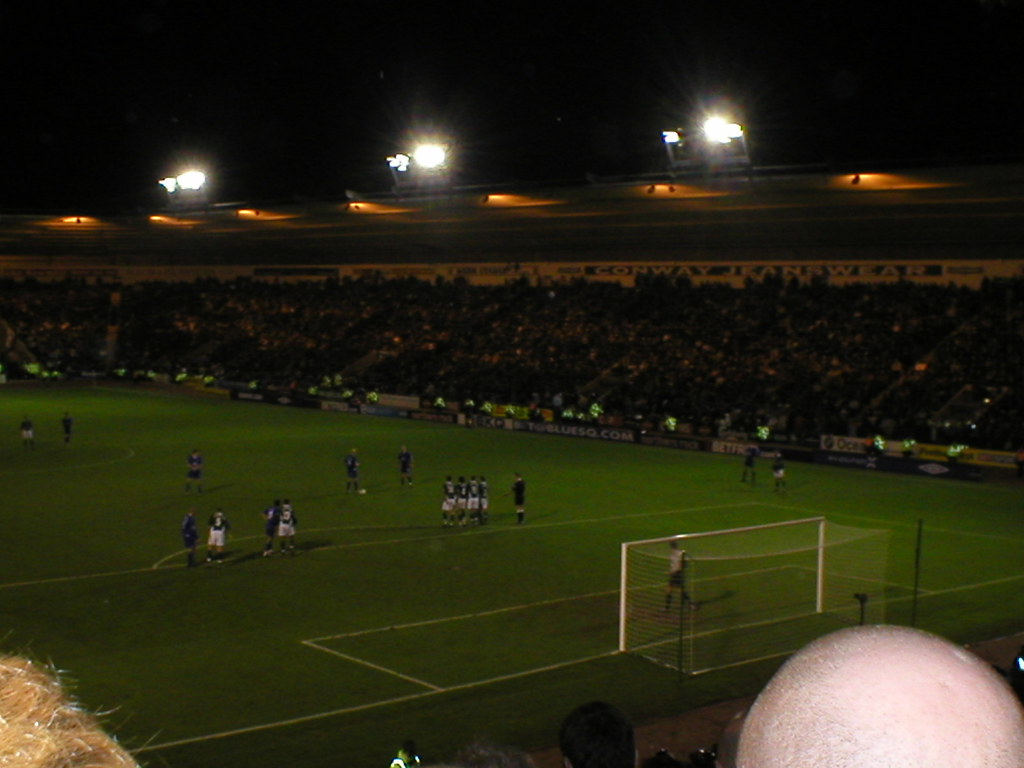 It all got very funny when we scored our 3rd goal late on, we scored and celebrated as usual, and all the little scallies in the Mayflower Enclosure started trying to scale the fence to get at us! Hilarious bit of wannabee hooliganism! 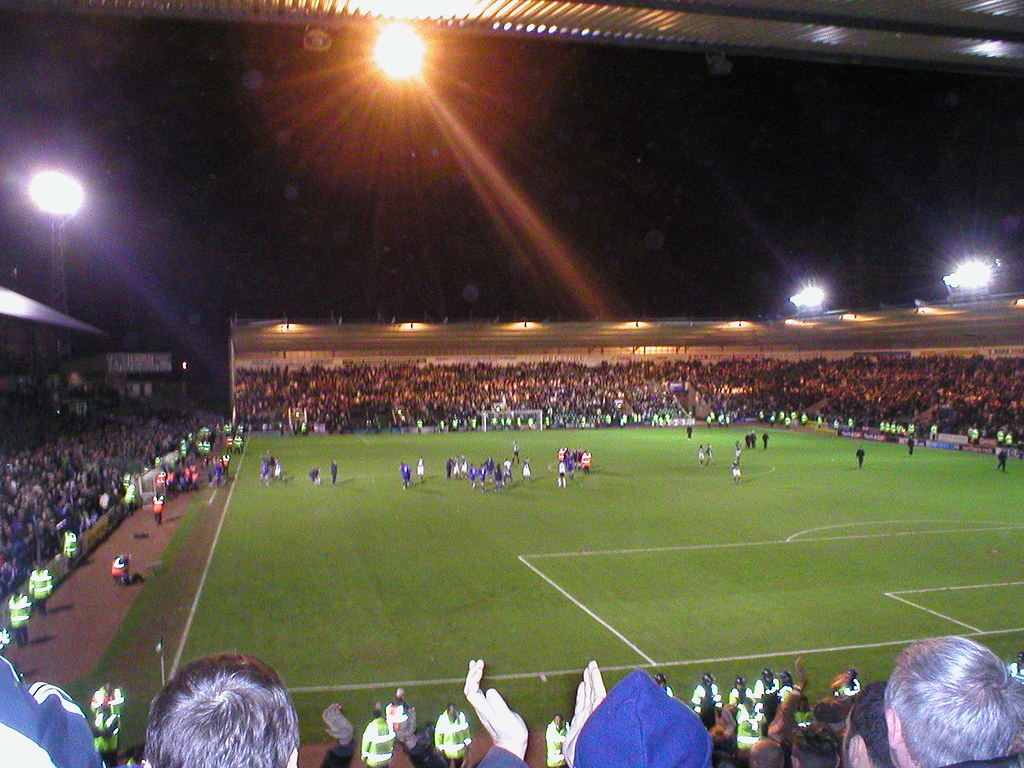 The Devonport End at full time

It’s a good day out and being surrounded by a massive park, it’s one of the more picturesque grounds around.
Home Park Photos
Posted by Unknown at 08:24