Drove every time here. parking was never a problem until this pre season! Always just parked on the street, twice behind the away end. But they’ve put double yellow lines there now so I’m screwed! For the play-off game, I got there very late and there was a far bigger crowd than most will see at Spotland, but still managed to find a space. Turn left at the crossroads by the Cemetery pub, then left again into a little housing estate and there is plenty of room there. 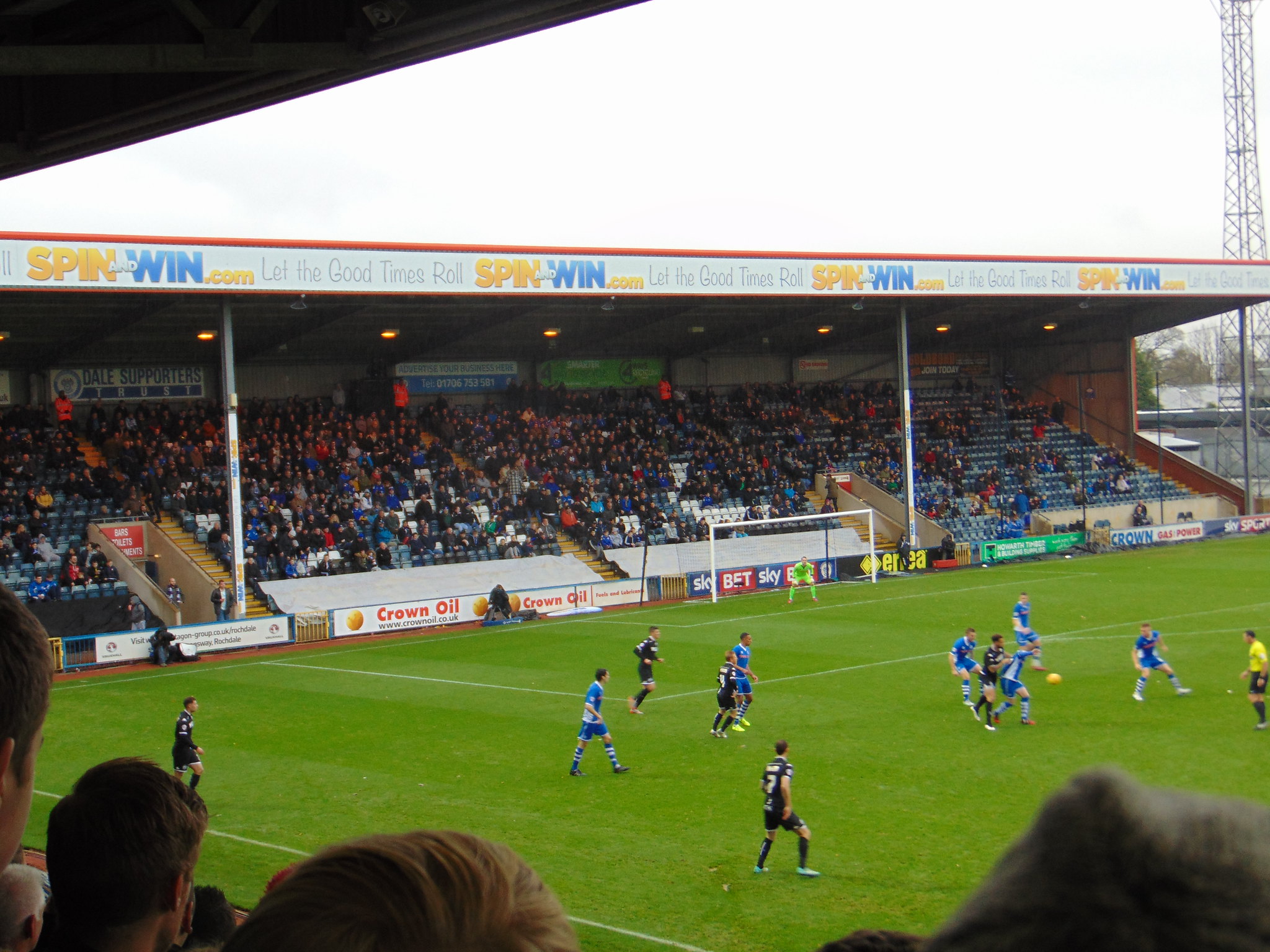 View of the Pearl Street End against Wigan, 2015

The Wilbutts Lane chippy is infamous for it’s gravy! And with good reason, right behind the away end, it just has to be worth a visit! Other than that, the local Rochdale delicacy is pie and peas!
Couple of pubs nearby, the above mentioned Cemetery is a little walk from the ground but is the designated ‘away’ pub. There is another one on Wilbutts Lane just next to the away end to though, and two bars on the premises at the ground, so plenty to choose from. 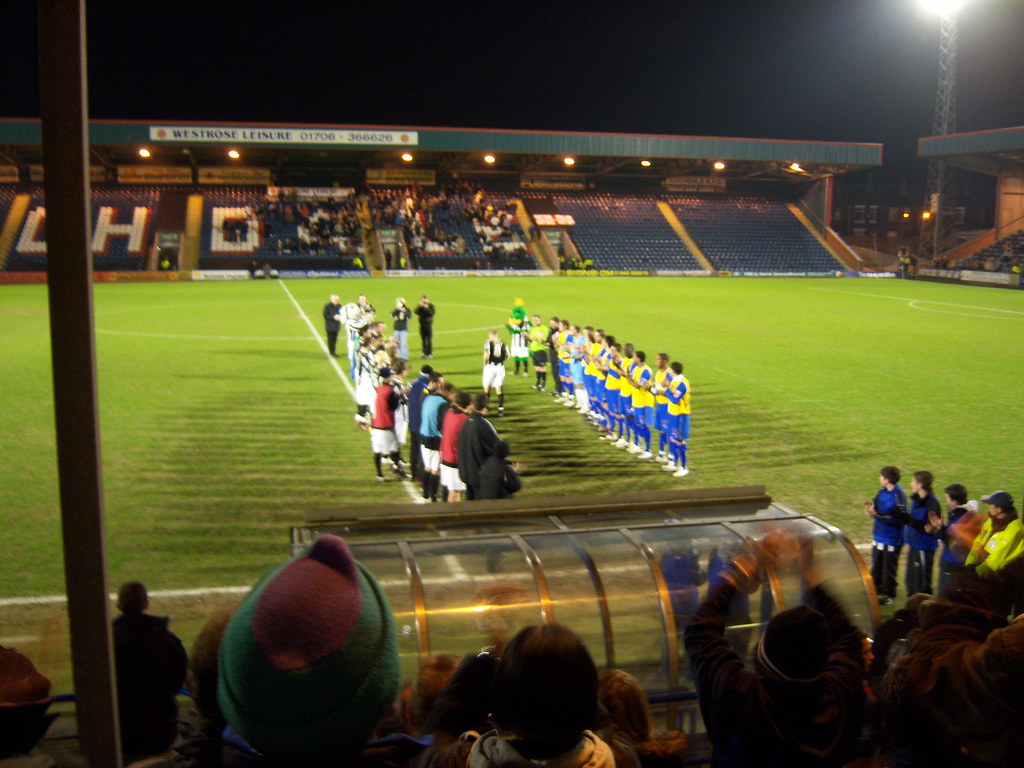 A guard of honour for Gary Jones on his 300th Dale appearance against Hereford, 2008

Dale was the first ground other than Everton and Wigan where I have now sat on all 4 sides. I’ve even been in the tunnel, players entrance, kit room, press room and press box so it’s fair to say I know Spotland well! It is quite basic, but does a job for a club Dale’s size. Good size terrace at one end and 3 all seated stands. It is probably the only ground in the country where the away fans get by far the best stand in the ground! The Wilbutts Lane Stand runs the full length of the pitch, is pretty steep and is the only stand in the ground without any pillars!

View from the away end, pre season 2009 against Everton

All four stands have outstanding acoustics as well, so even when there is a regular small crowd on, the atmosphere is pretty good. When its full and the team has just won a play off semi final on penalties to reach Wembley for the first time in the club’s history, all after being 2 goals behind…well, it’s fair to say it’s pretty good then as well! 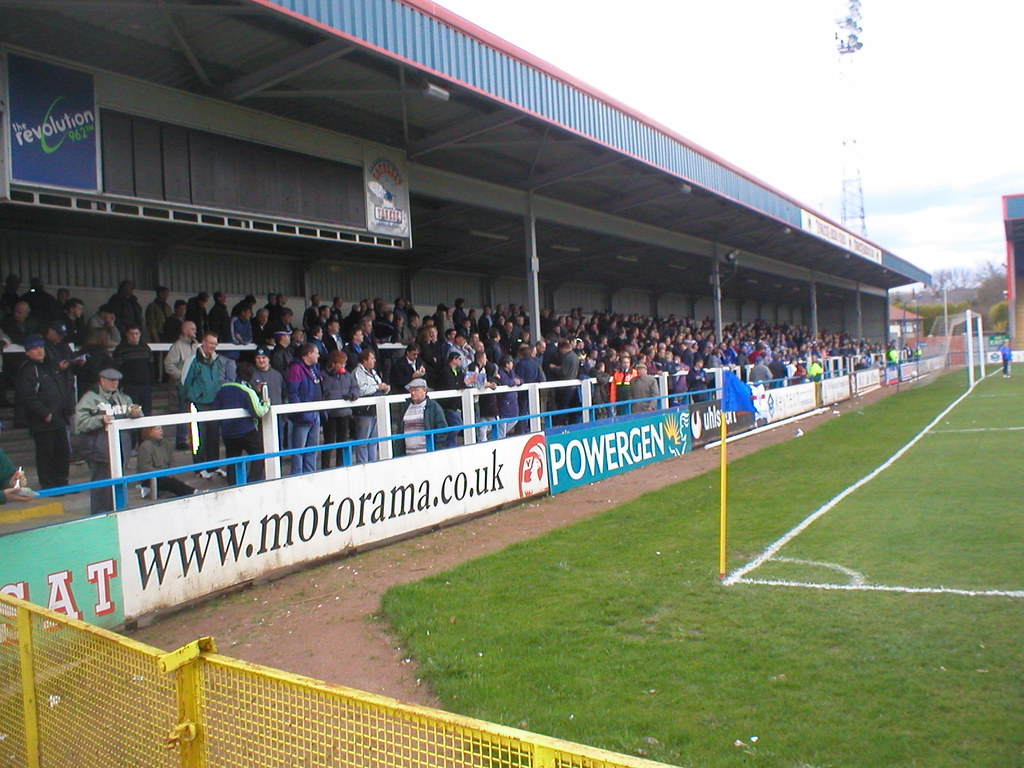 Rochdale are quite unique of all the clubs I’ve been to that they actually play music other than the latest chart stuff! Always guaranteed some decent music, some rock, some old school stuff, they were playing Slade and ELO on my first visit which was very different! 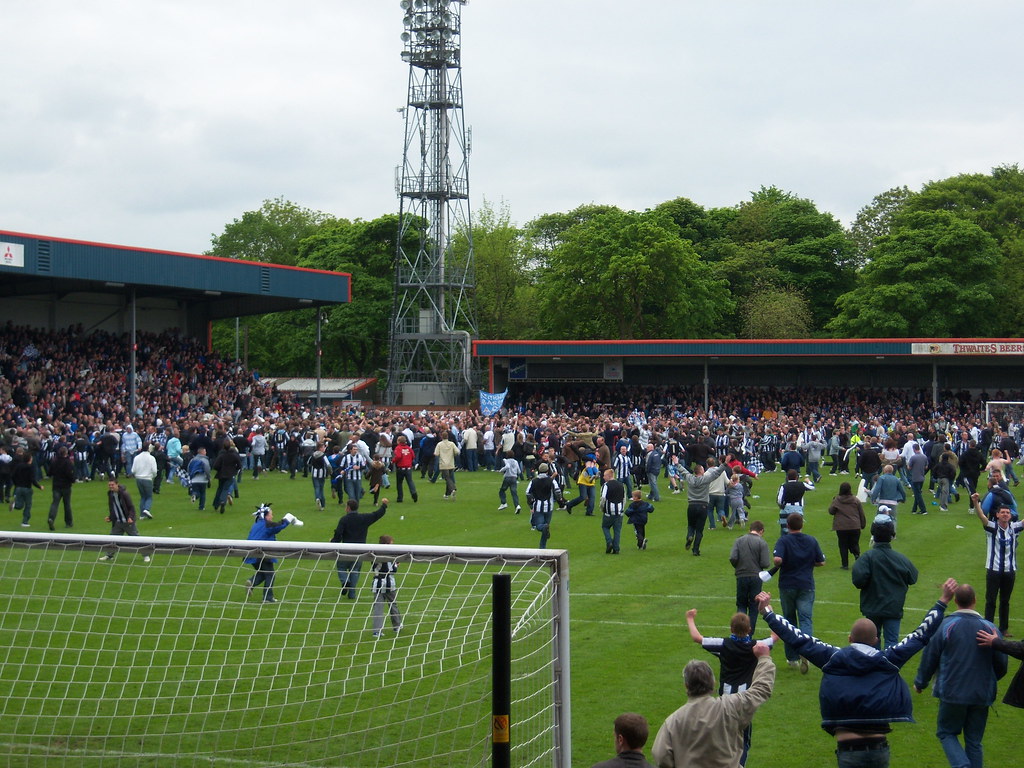 Pitch invasion following a penalty shootout win over Darlington in the play offs, 2008

One of my favourite neutral grounds, obviously since I’ve been back 4 times! Everything about the place is just a pleasure, good food, good fans, good atmosphere and totally relaxing day out
Spotland Photos
Posted by Unknown at 04:25