Driving isn’t a problem, if you’re coming from the Liverpool side of the Mersey, it’s right near the Birkenhead Tunnel, so not a bad drive. With the size of the crowds too, street parking is easily available, or at the Lairds Sports Club opposite the ground on St Peters Road. 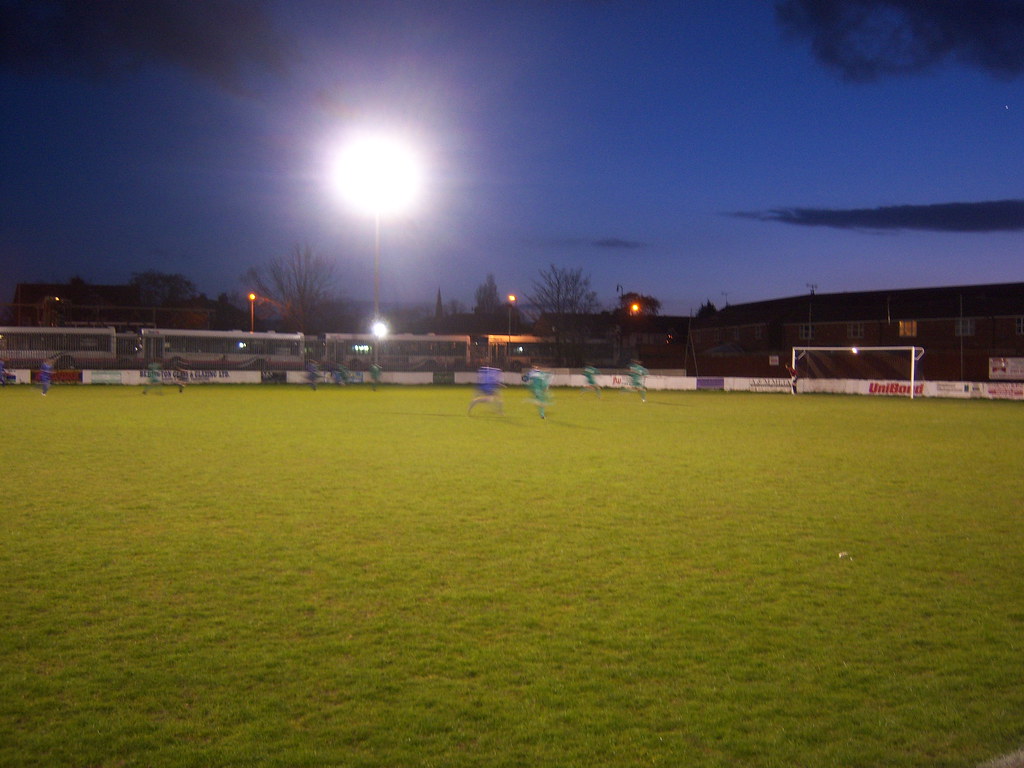 Under the floodlights against Kidsgrove

There is a big pub just where you turn off New Chester Road called the Abbotsford. Failing that, there is the social club at the ground, as well as the refreshment bar inside. 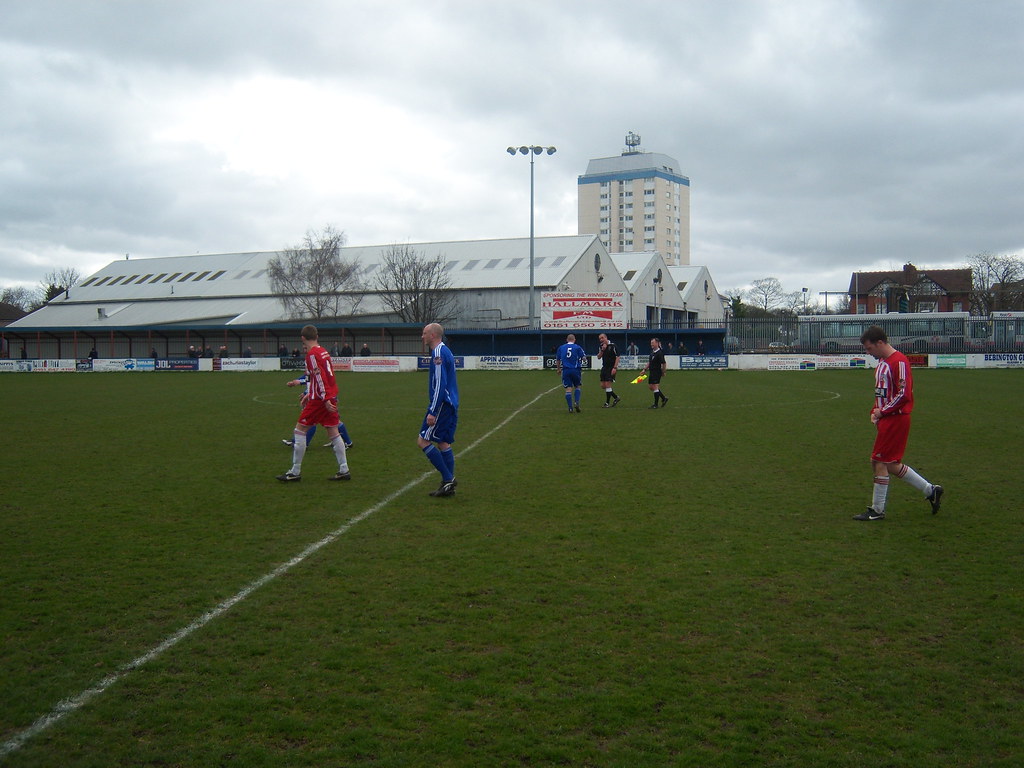 Looking at the bus depot side

The club were demoted from the UniBond Premier in 2009 due to the standard of their ground, despite installing a new seated area and covered standing area along one side to meet league regulations. There is also a seated stand along the main side with the changing rooms, dugouts etc., while the two ends are uncovered. 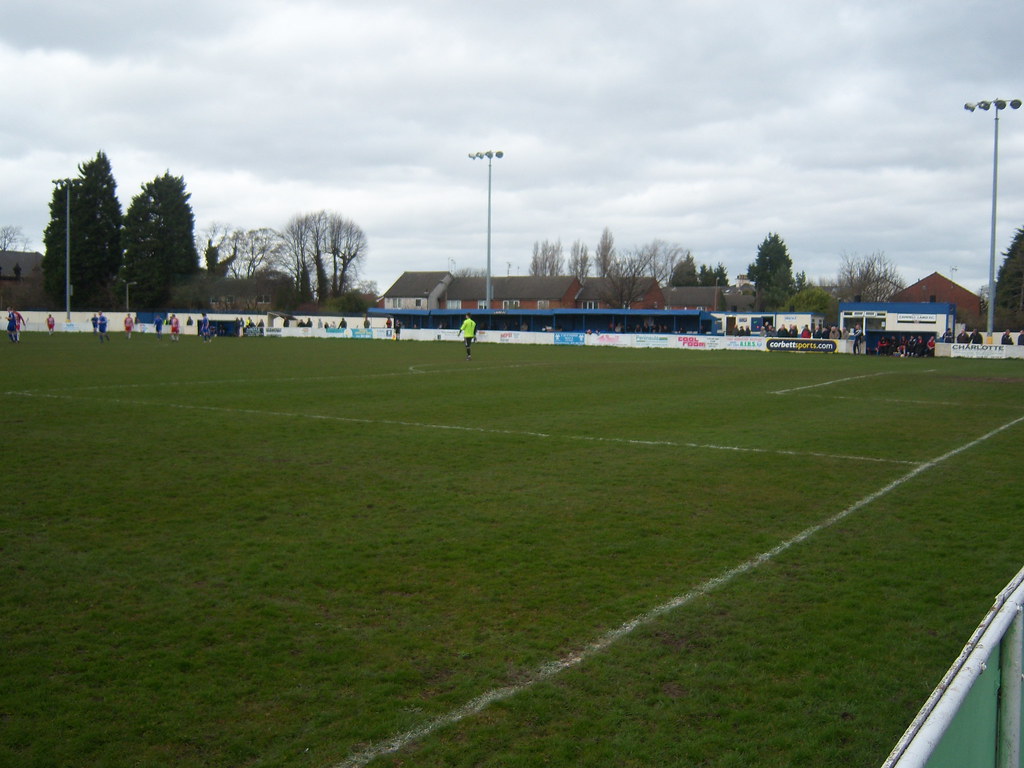 Lairds don’t get the biggest crowds, usually averaging somewhere between 60-100 people, so with that in mind, the atmosphere isn’t going to be stunning really! The small intimate crowd though does allow for some good banter between the crowd and the players and officials. 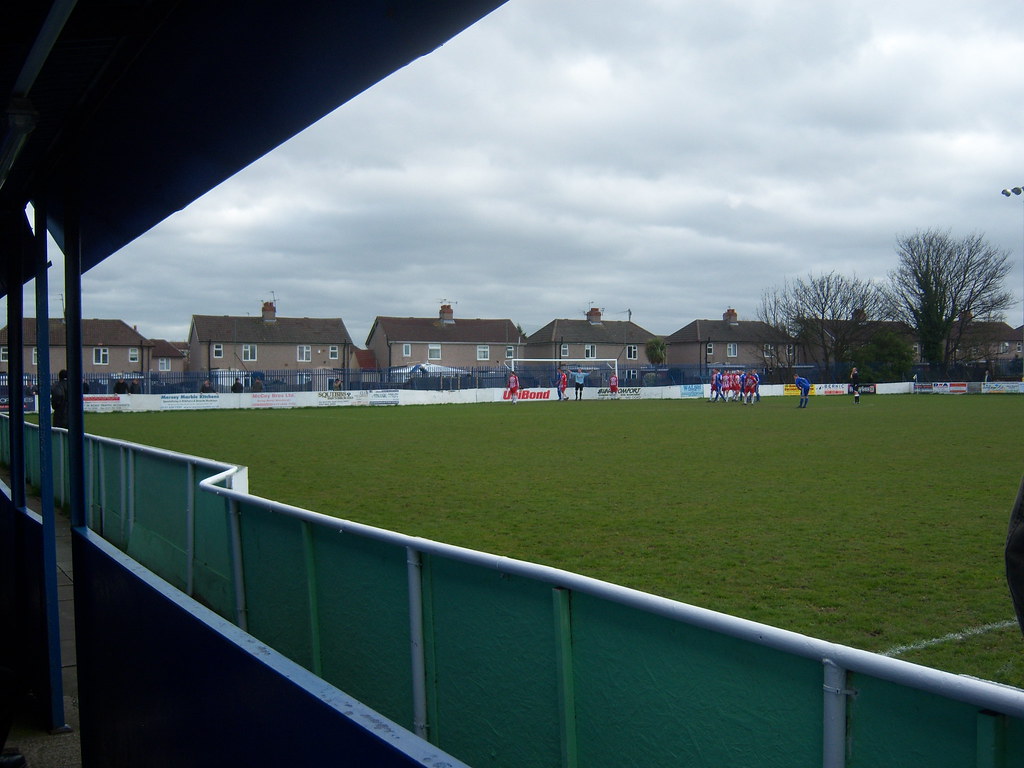 One of the two uncovered ends

Not the greatest facilities in the world, but a cracking welcoming little club.
Kirklands Photos
Posted by Unknown at 07:38