On each of my visits to the Emirates, I have travelled by train and used Finsbury Park station. It’s obviously a little bit of a longer walk than the very conveniently placed Arsenal Station just outside the old Highbury, but the queues are unbelievable, and it’s worth the extra 10 minutes walk! Finsbury Park is also on the Victoria Line, so coming from Euston, there are no changes either, so Finsbury Park is well worth it! Its also handy if you're driving the majority of the way, as there is good parking at Cockfosters at the end of the Piccadilly Line, so again, easier access to Finsbury Park.

Ground exterior, crossing the bridge approaching the away end, 2010

Speaking of Finsbury Park, the other advantage here is that there is a decent away fan friendly pub right outside it called the Twelve Pins. There is a decent little chippy opposite too. Nearer to the ground, right opposite the away entrance, is the Drayton Arms, which is always absolutely rammed with away fans, inside and out. Best to stock up on your food and drink outside, as inside it all gets a little pricy! And it’s hardly traditional football food either! Veg pie, bockwurst, pizza, whatever happened to mystery meat pie and Bovril? 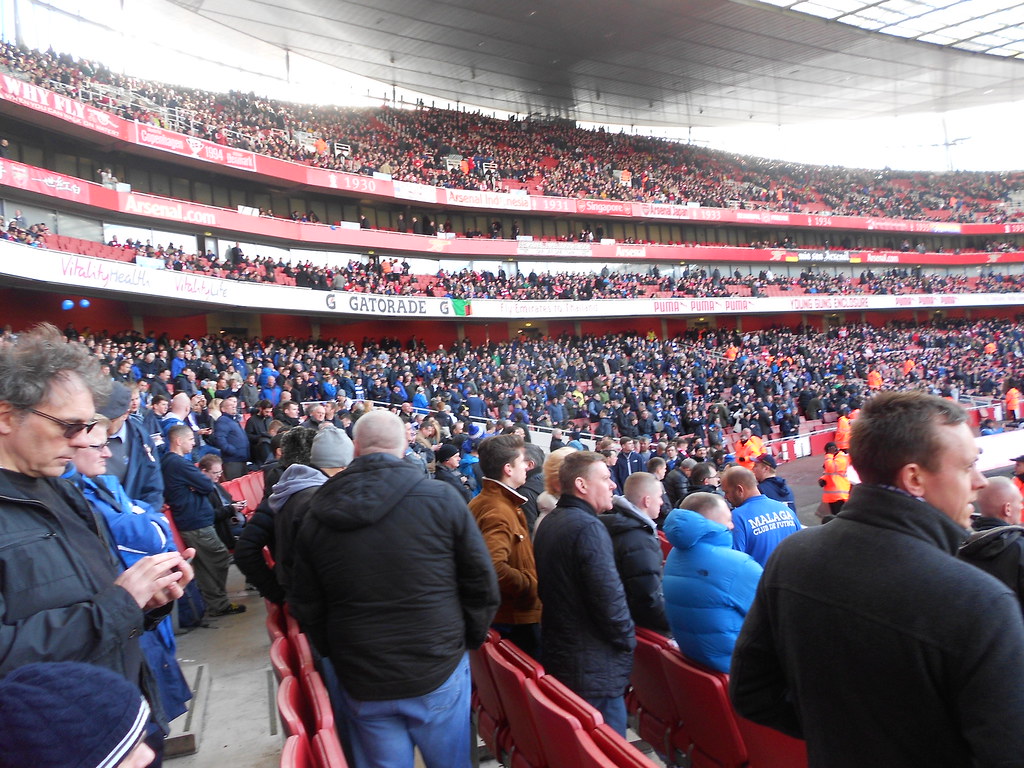 As far as new grounds go, you can’t beat the organisation below the stands at the Emirates! Plenty of bars, plenty of toilets, no queues, no claustrophobia, ace! Same goes for the seats, yes they of the infamous padded variety! As luxurious as it sounds they are (not literally) a pain in the backside! Every time you have to stand up to let someone past, it’s clear that the seats are too big to just stand up and lift! Meaning either a bizarre lean forward, or a sore rear by the end of the day from the number of times you have hit yourself with your own seat!
No doubting the grandeur of the ground, and the sheer size of it is always impressive. Strange though, with the two middle tiers being so small, it always feels a little bit smaller than it is (if that makes sense!) 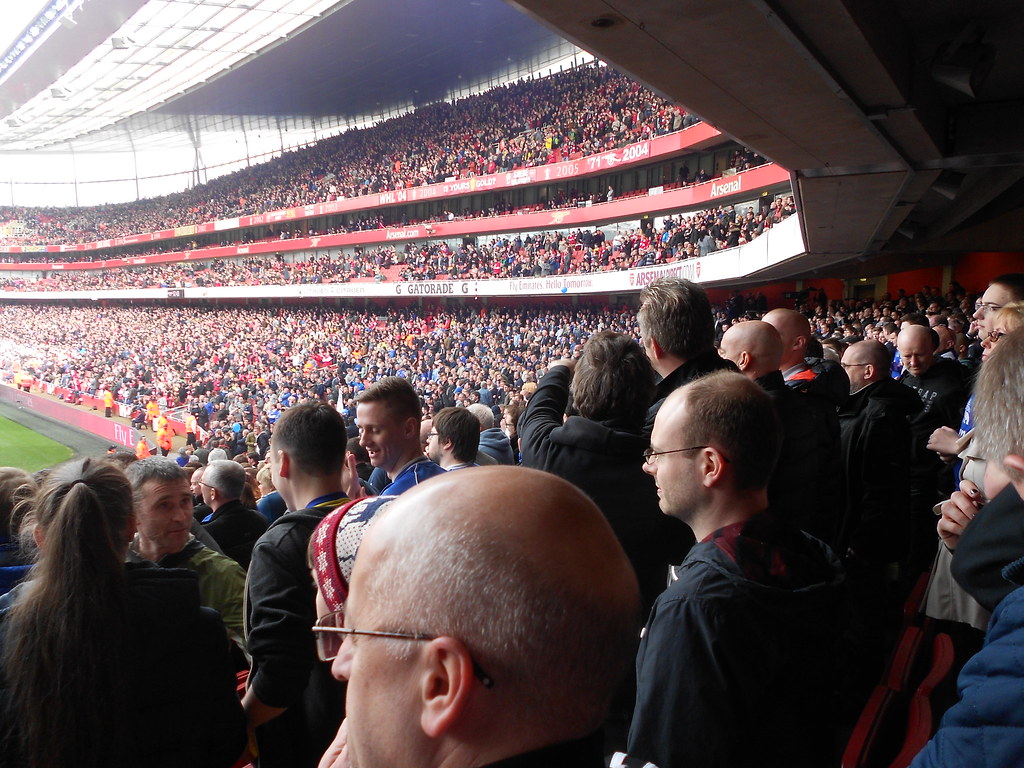 It’s Arsenal…Highbury wasn’t referred to as the Library for nothing, and increasing the numbers still hasnt helped. Generally still really poor from the home fans, until they’re beating you, then a few scalls next to the away end will enjoy a good gloat. That’s something that doesn’t help the atmosphere either, the police and stewards are as over the top as they were at Highbury, picking on away fans for singing or shouting across the divide, yet the home fans can do it all they like. This usual double standards seen even more in 2008, when Arsenal fans threw coins into the away end first after we took a first half lead, then again once they were beating us later on, yet the stewards did nothing about and decided to pick fights with our fans who took exception to having coins thrown at them! 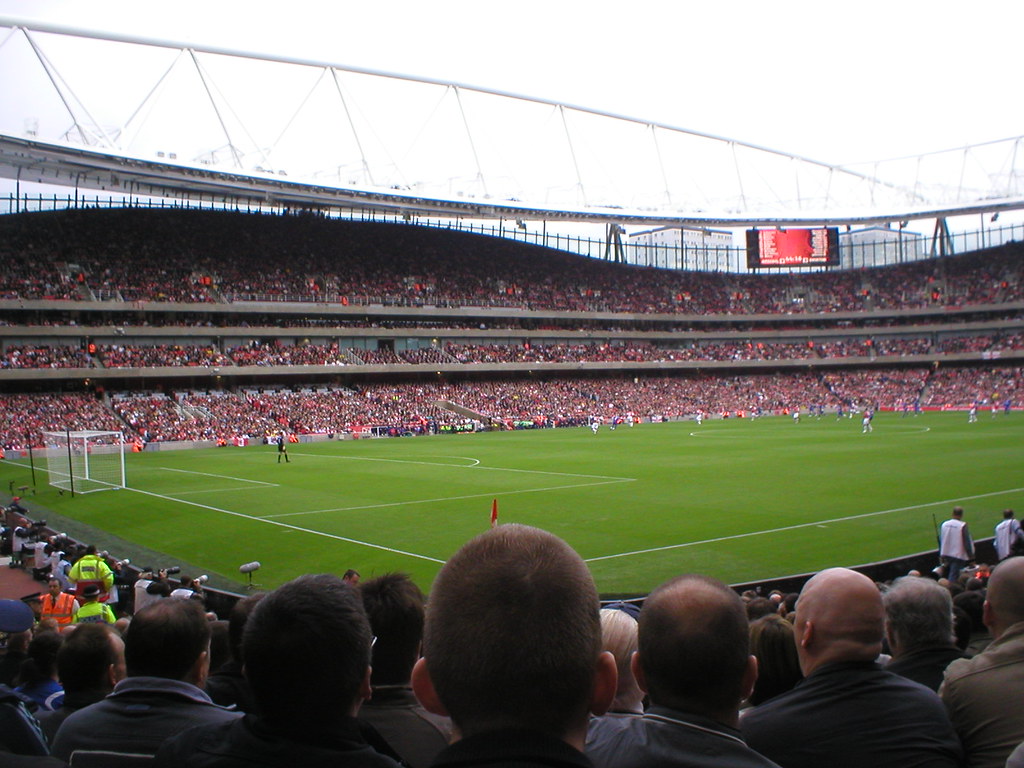 The West Stand on Everton's first visit to the Emirates, 2006 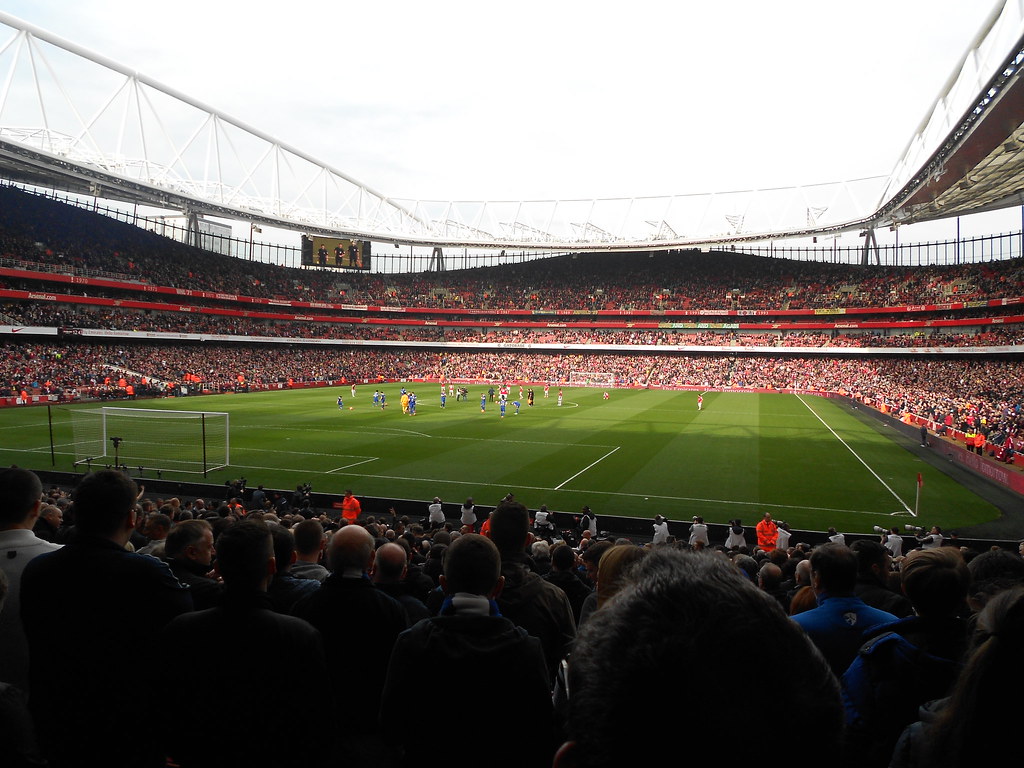 Looking towards the North Stand, 2014

It’s modern football as we know it. No atmosphere, bizarre food, expensive prices. It’s only a stone’s throw from Highbury, but it couldn’t be further away in reality.
Highbury/ Emirates Stadium Photos
Posted by Unknown at 08:32