Was given some good directions, but the ground is signposted much better than Belle Vue was! Loads of parking to be had near the ground, as it is in the  middle of a massive industrial estate. It’s a fiver to park at the ground, but you can park for less only 5-10 minutes walk down the main road, and you will also be queuing less than you will be if you park at the ground. 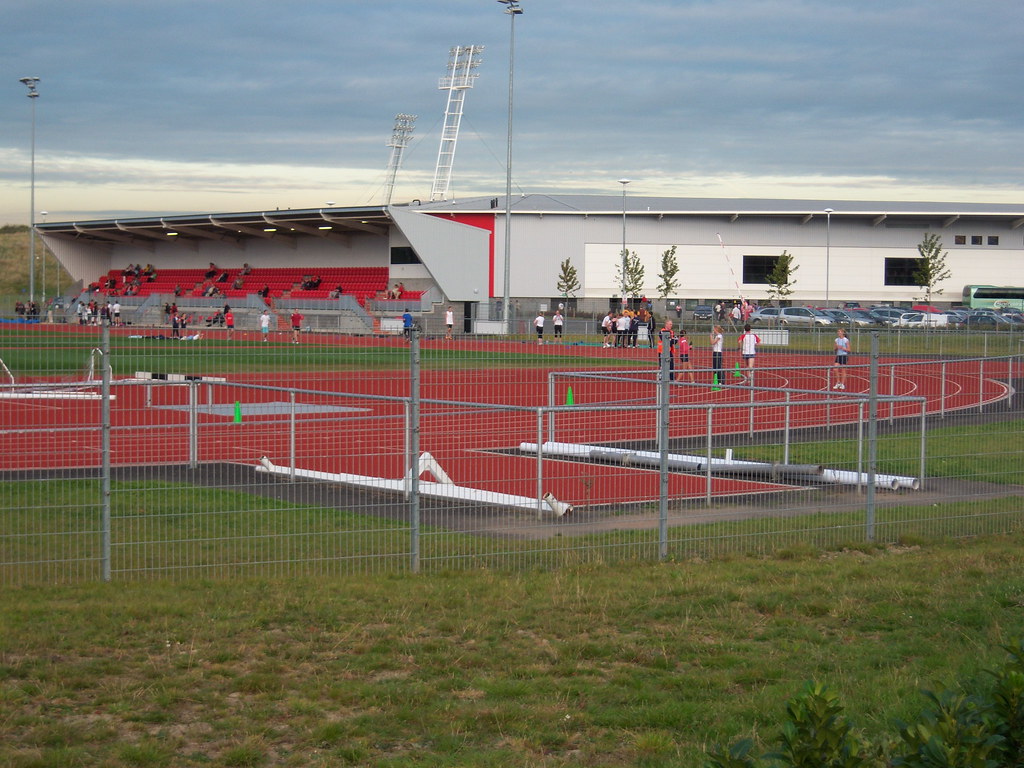 I was warned in advance that Donny can be a bit slow at ticket sales, so I didn’t really have much time to look around once I’d got my ticket. The ground does have a bar on site though 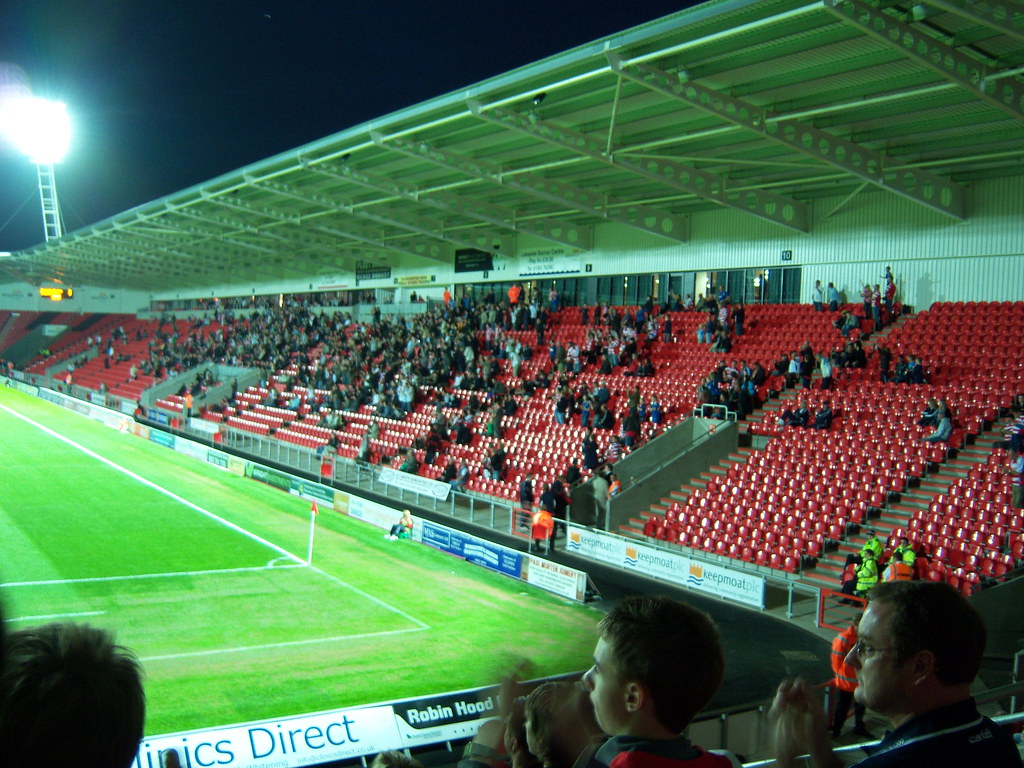 The East Stand celebrates a goal

The concourse area was better than most places! Big and roomy, bars to put your drink on, and away from the kiosks so there was no unnecessary congestion! In the seats, the ground is a bit dull and samey. All four stands are of equal height and design (except for the obligatory press and hospitality facilities in the Main Stand) 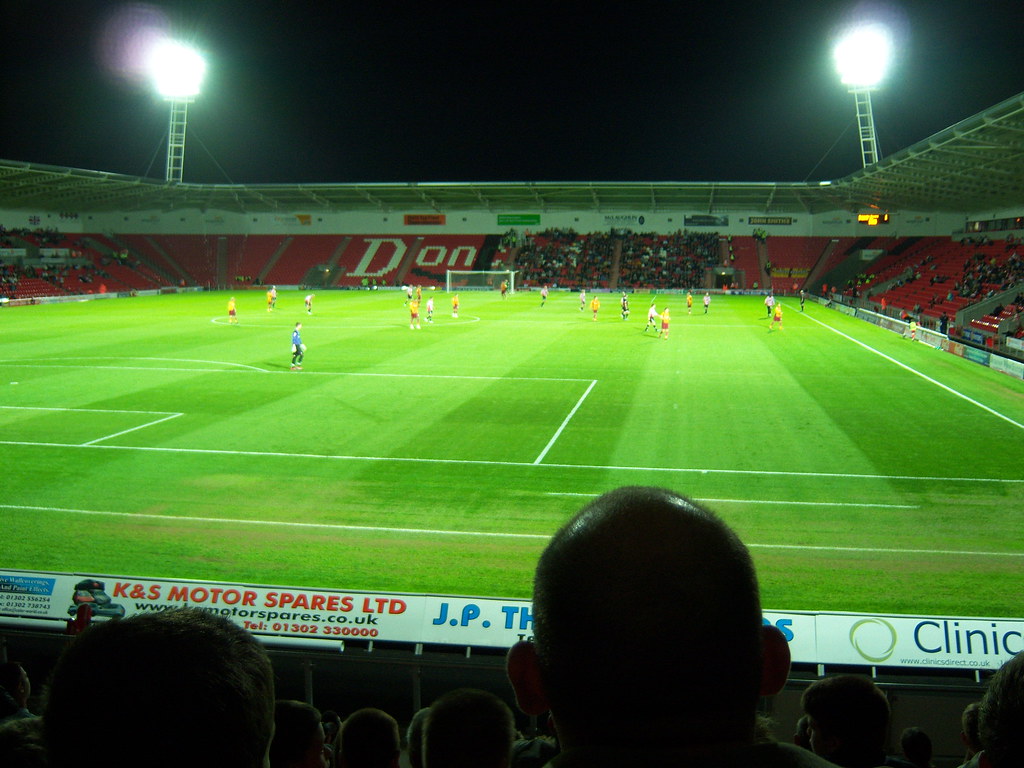 Bradford fans in the North Stand

A bit quiet in the first half, which was sort of to be expected given the size of the crowd and the competition the game was in and so on, but it picked up second half. Clearly I was in Donny’s noisy stand, as opposed to be in the flasks and blanket stand at Belle Vue! The Bradford fans were good as well, considering their team took a hell of a trouncing! 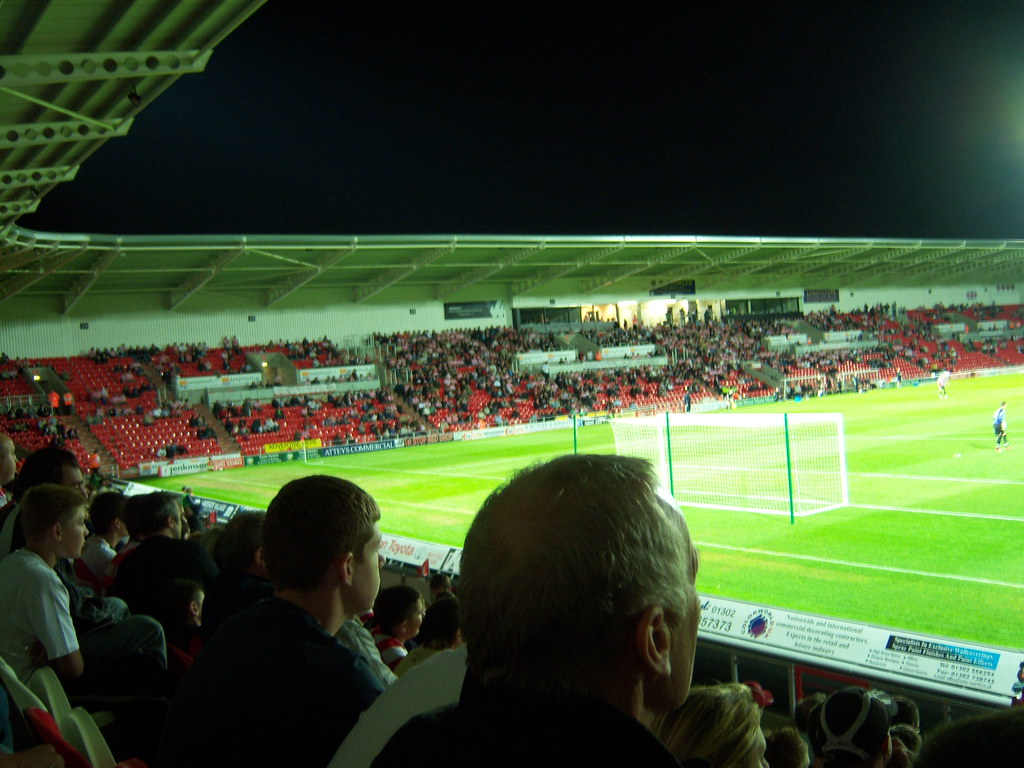 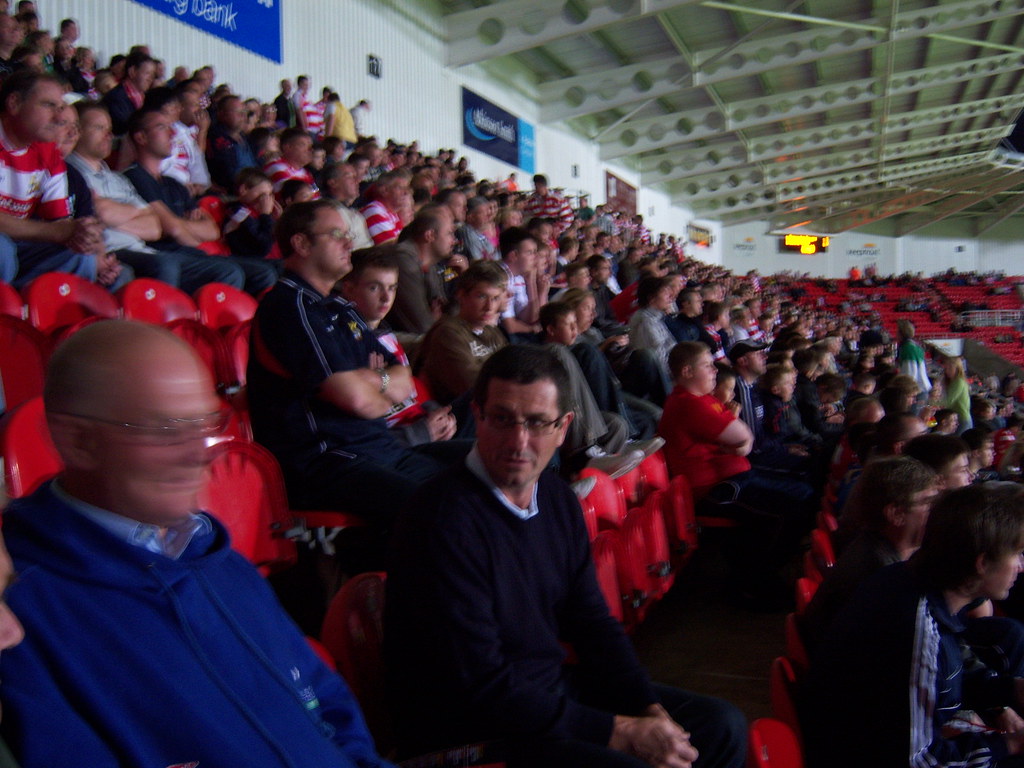 Doncaster fans in the South Stand