After getting the coach to Ninian Park, and the train to the Millennium Stadium, I made my 3rd visit to a different Cardiff ground by a 3rd mode of transport and drove! I had some filming to do and had to get there early so the car seemed the best alternative. Straightforward, and if you use the M50 on the way there, you don’t have to pay the toll charge on the Severn Bridge! Hadn’t really looked into parking as much as I usually do, so wasn’t sure where to go. Got to the ground, drove about another 100 yards past it, and found free street parking. Lovely stuff. Parked at Canton Rugby Club about a 10 minute walk from the ground second time, and they have a bar and TV there that lets in away fans so that was decent, and even though you pay, you get a voucher off money at the bar so not bad at all. 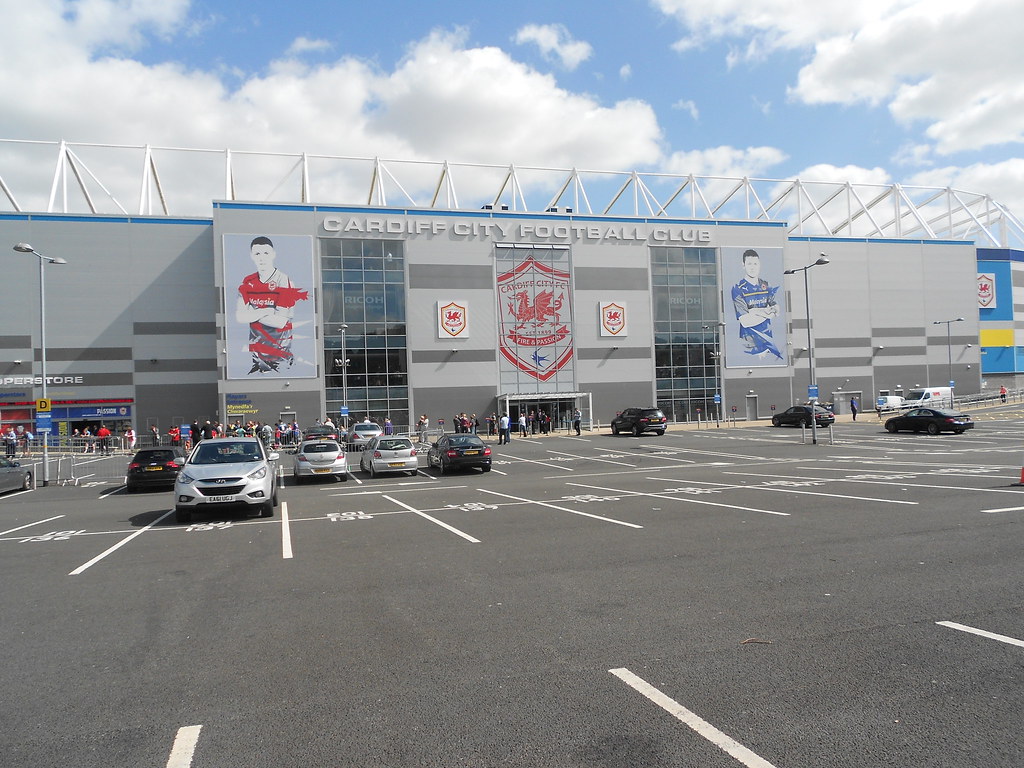 Across the street from Ninian Park, so identical. 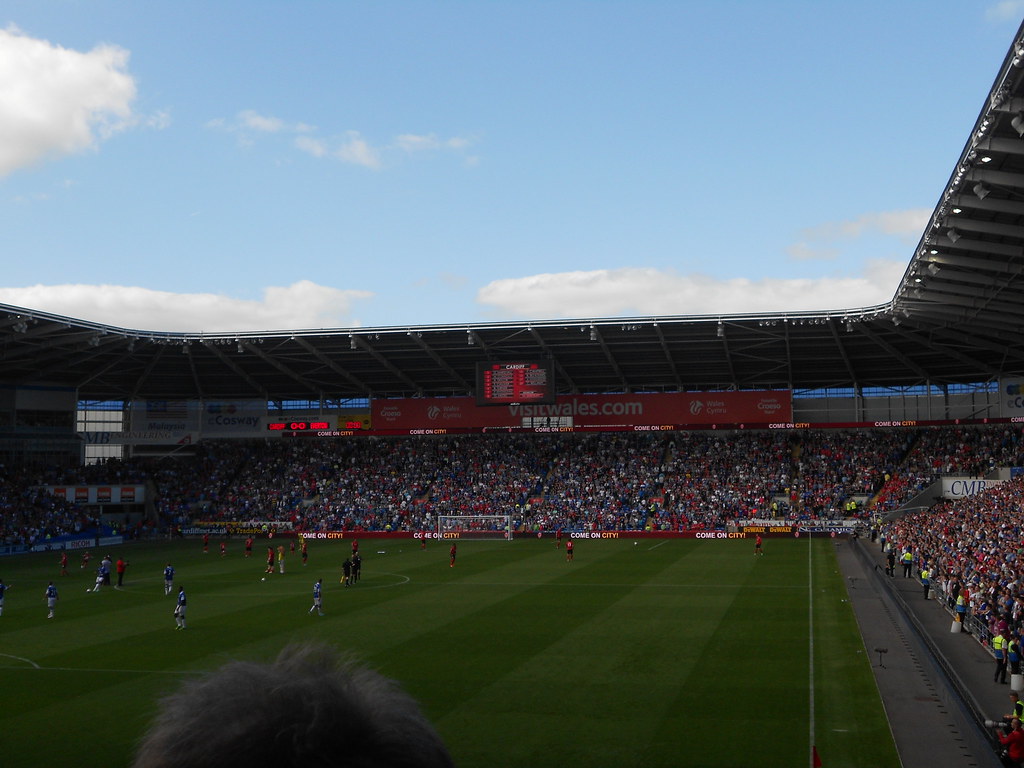 A bit of an improvement in terms of facilities on Ninian, that’s for sure! Gone are the old netting fence separating the fans, the low roof, the terraces, for a nice shiny new ground…its just not the same, especially as there were only 2,000 more on than when I went to Ninian Park. Whereas that meant an almost full Ninian Park, it meant nearly 10,000 empty seats here. Full house on my second visit however, what a surprise… 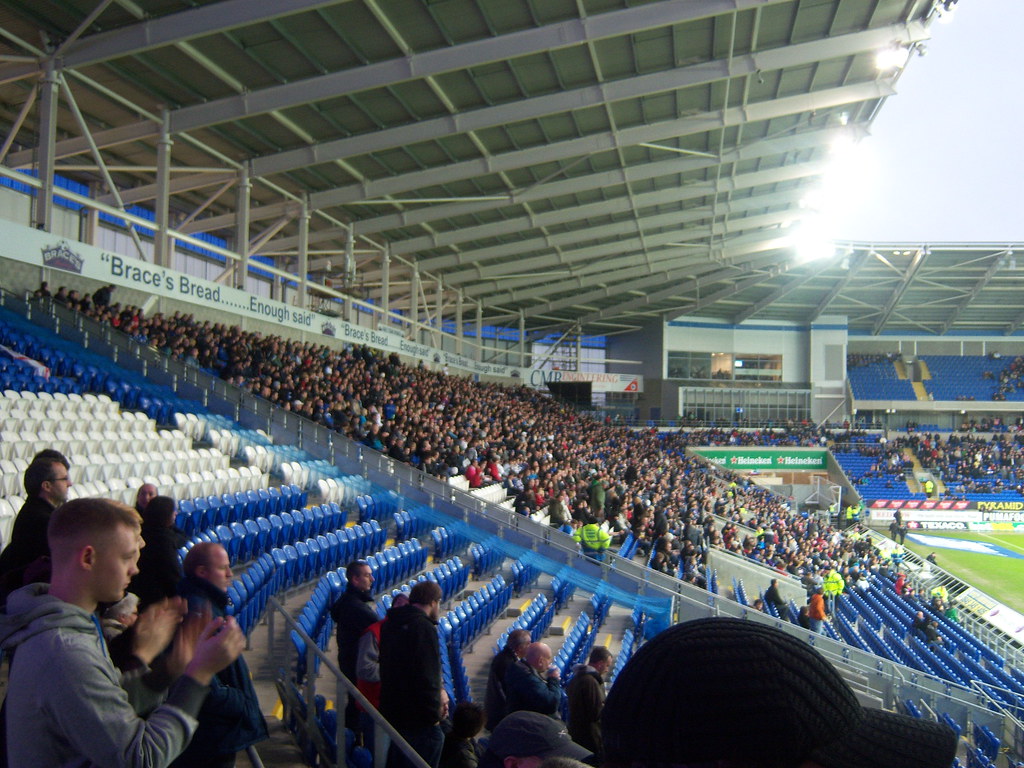 As above, it was very empty so not that good. Fortunately, most of the more vocal fans seemed to be next to the away end, so there was at least plenty of banter! The singing of Men of Harlech before kick off sends a shiver down your spine as well. Second visit was abysmal for a full ground and a team just promoted. They couldnt even do Men of Harlech properly second time, so that really disappointed me. 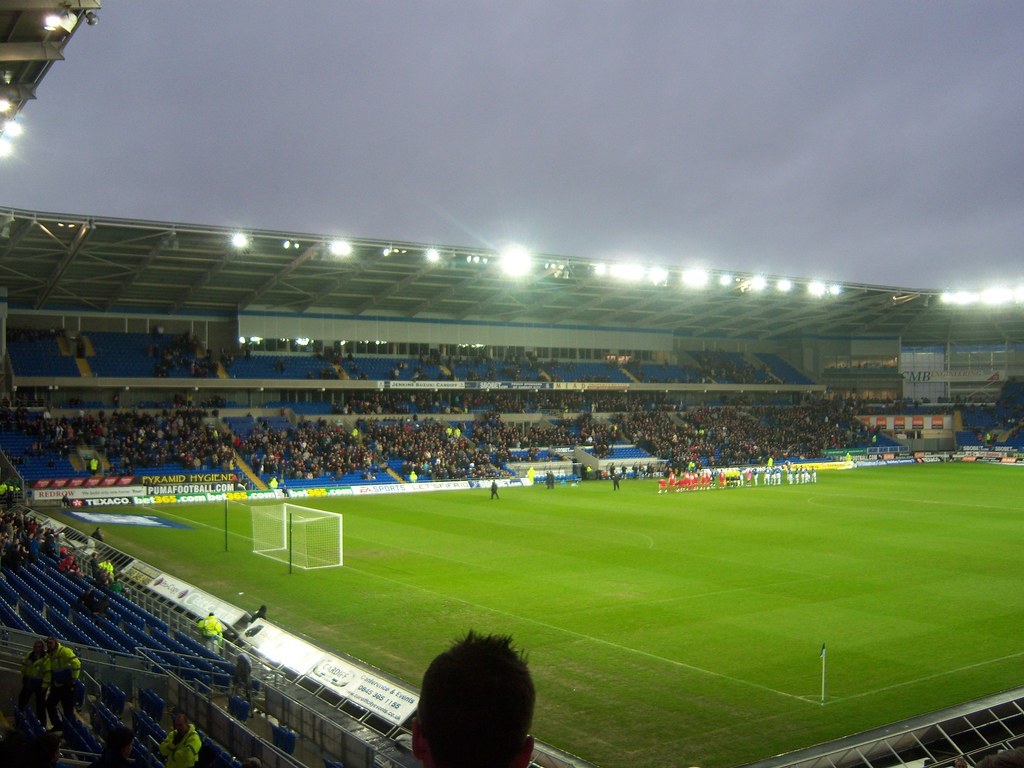 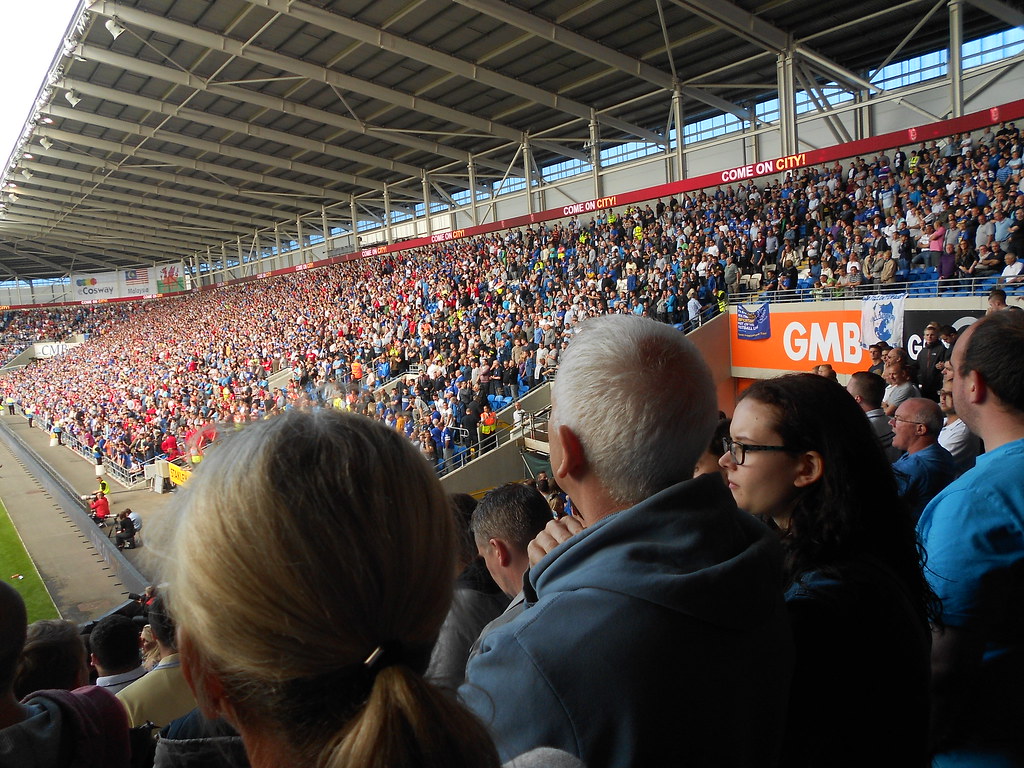 I love the city, its miles away but I always enjoy going there. Sadly I’m old fashioned and miss Ninian Park like mad. Was especially sad looking at it from outside the ground, and seeing that the Grange End where I had one of the best football days of my life, is now just a pile of junk. Arguably, it was before as well, but it was a special pile of junk! By the time I went the second time, it was a fancy housing estate…sad.
Ninian Park/ Cardiff City Stadium Photos
Posted by Unknown at 07:25