Easy, all motorways and A roads, and signposted the second you reach Wrexham. There is parking for £3 at the university, about 30 seconds walk from the away end. Dead easy getting out as well, so about as perfect as it gets! 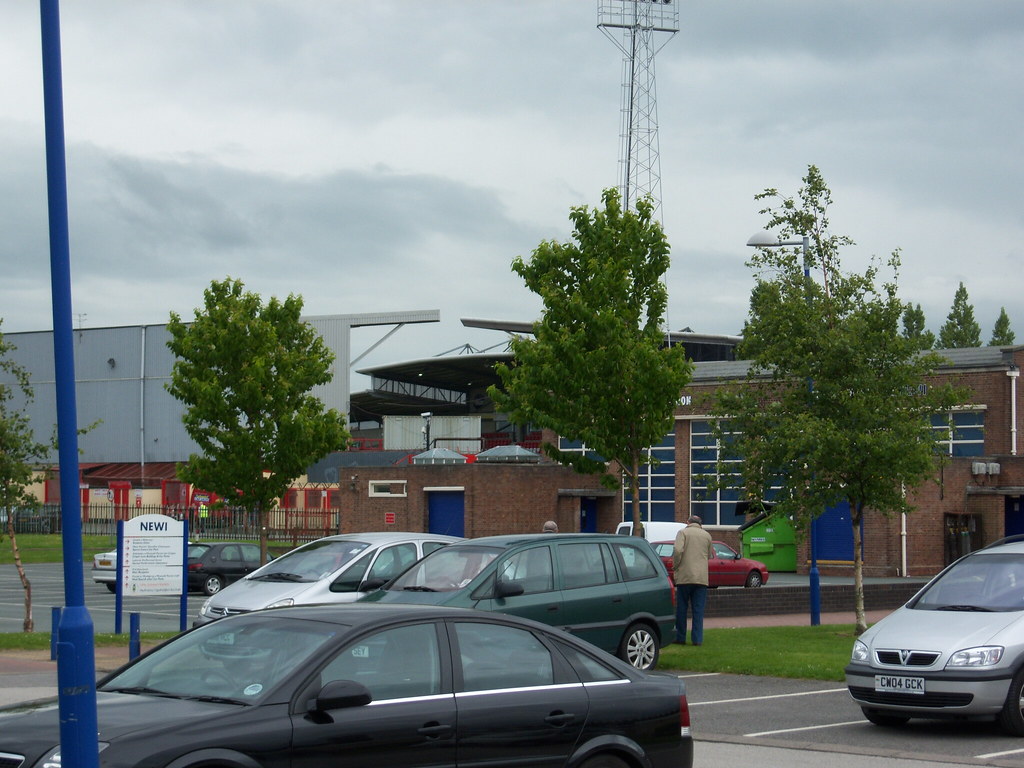 The town centre isn’t that far, and there is the obligatory retail park nearby. Immediately outside the ground (actually on the corner of the ground!) is a good little pub called the Turf, and a couple of burger and chip vans. 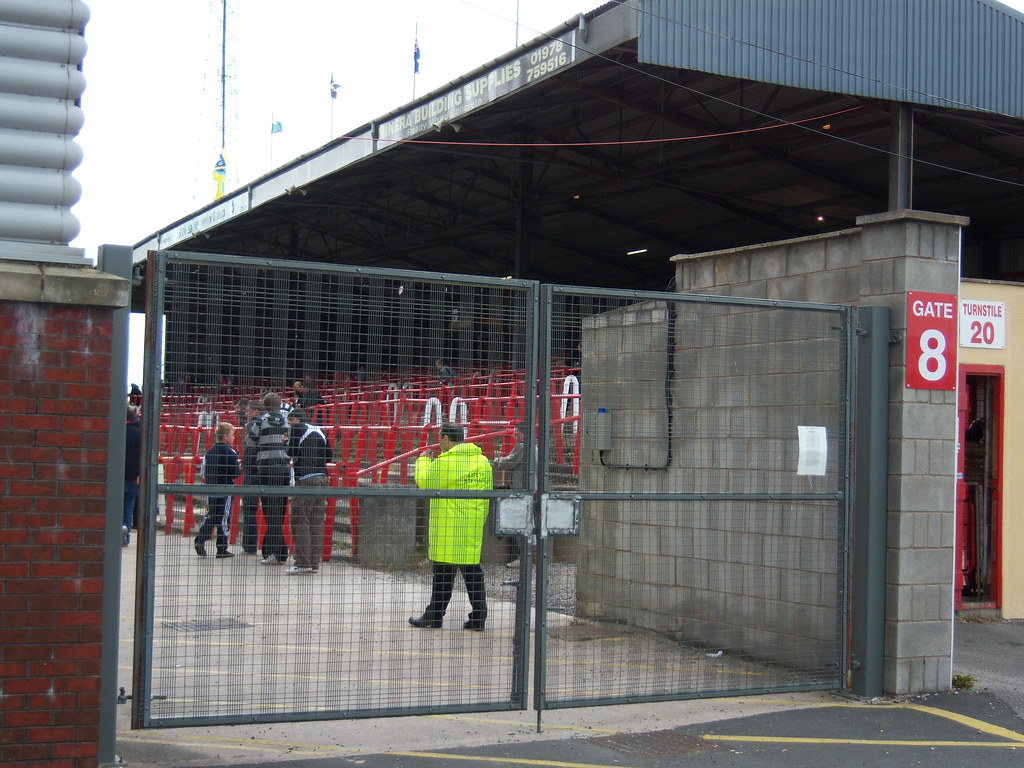 Looking through the fence at the Kop

Pretty smart ground, still capable of hosting international football as shown by my visit! The Mold Road Stand is brand new and has flawless facilities, the Eric Roberts and Yale Stands are older and have a few pillars, and the old Kop Terrace is still one of the biggest remaining terraces in British football. Loads of character. Sadly the Kop is no longer in use. 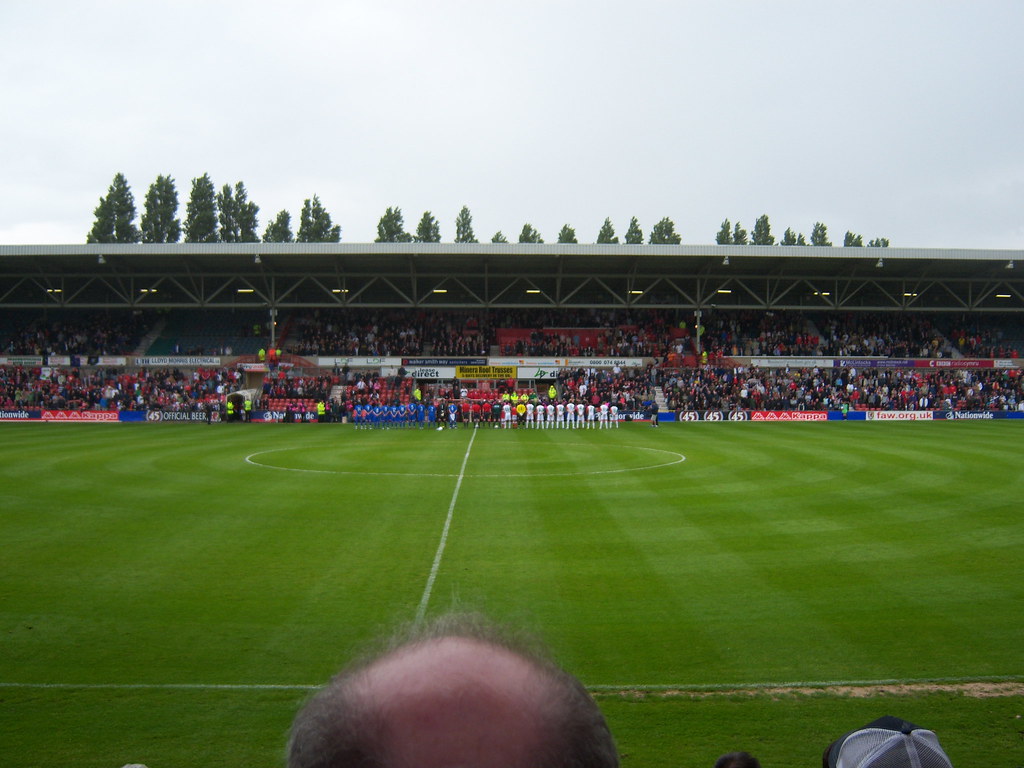 National anthems in front of the Yale Stand

Can’t really judge Wrexham on the atmosphere for an international. 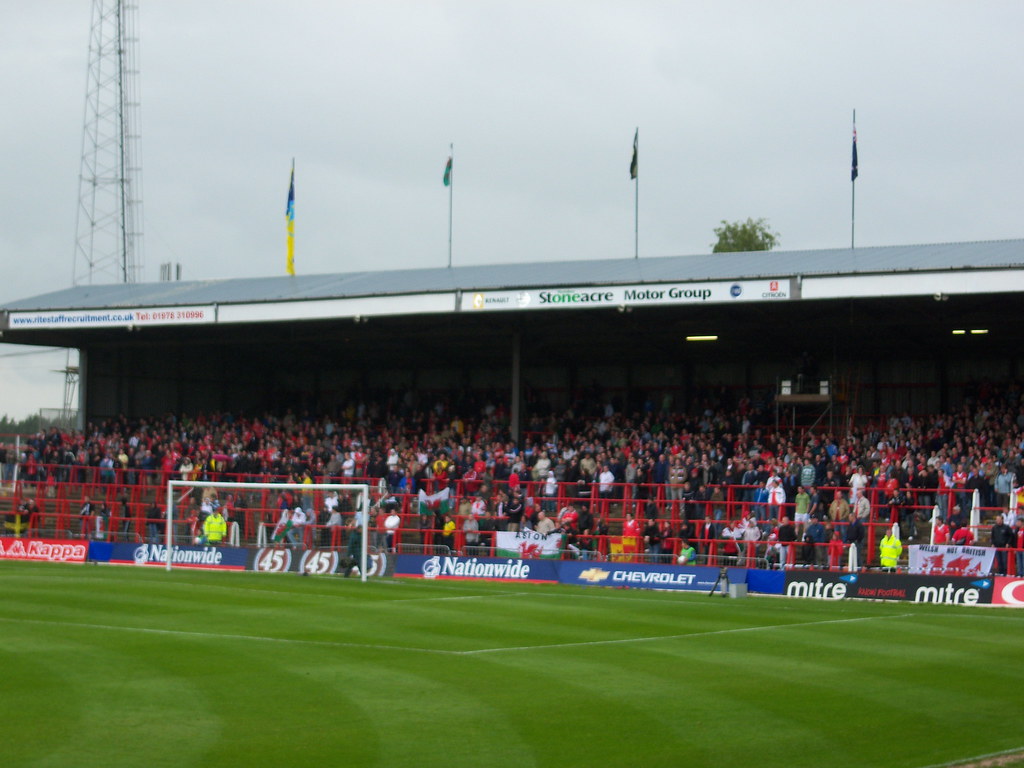 In the first 30 seconds of the game, there was a group of New Zealand fans dressed as kiwis in our stand singing. They were causing no trouble whatsoever and none of the fans were bothered by them, but the police moved in and frogmarched them around the perimeter of the pitch to where the rest of their fans were in the Yale Stand opposite. While they were being marched around, New Zealand took an early lead! 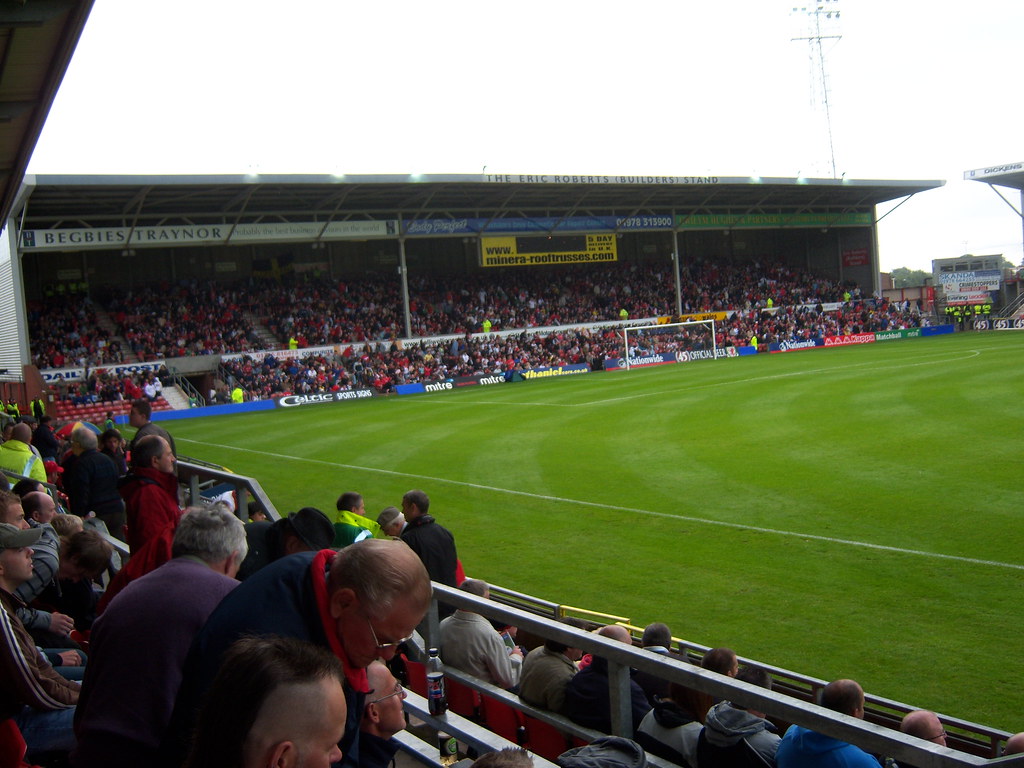 Enjoyable ground to visit, nothing that really makes it stand out, but enjoyable anyway.
Racecourse Ground Photos
Posted by Unknown at 13:31