As I’d had an eye operation just 2 weeks or so before my first visit and couldn’t drive at night, I was forced to get the train here. Wasn’t too bad from Wigan, with a change at Manchester for Oldham Werneth (or alternatively, Oldham Mumps is a similar distance from the ground, although I believe both are no longer there as Oldham now has a Metrolink from manchester). Bit of a trek to the ground, and not the best of signposting, but there were enough people around who seemed to know where they were going, and if you just follow signs for the hospital, you will eventually find signs for the ground. Drove on my second visit and parked at the ground. Think it can be a big nightmare getting out, but I just got lucky with where I was parked, and the fact we were awful enough to concede a last minute equaliser so most of the Oldham fans were happy to stay in a little bit longer while we couldnt wait to get away… 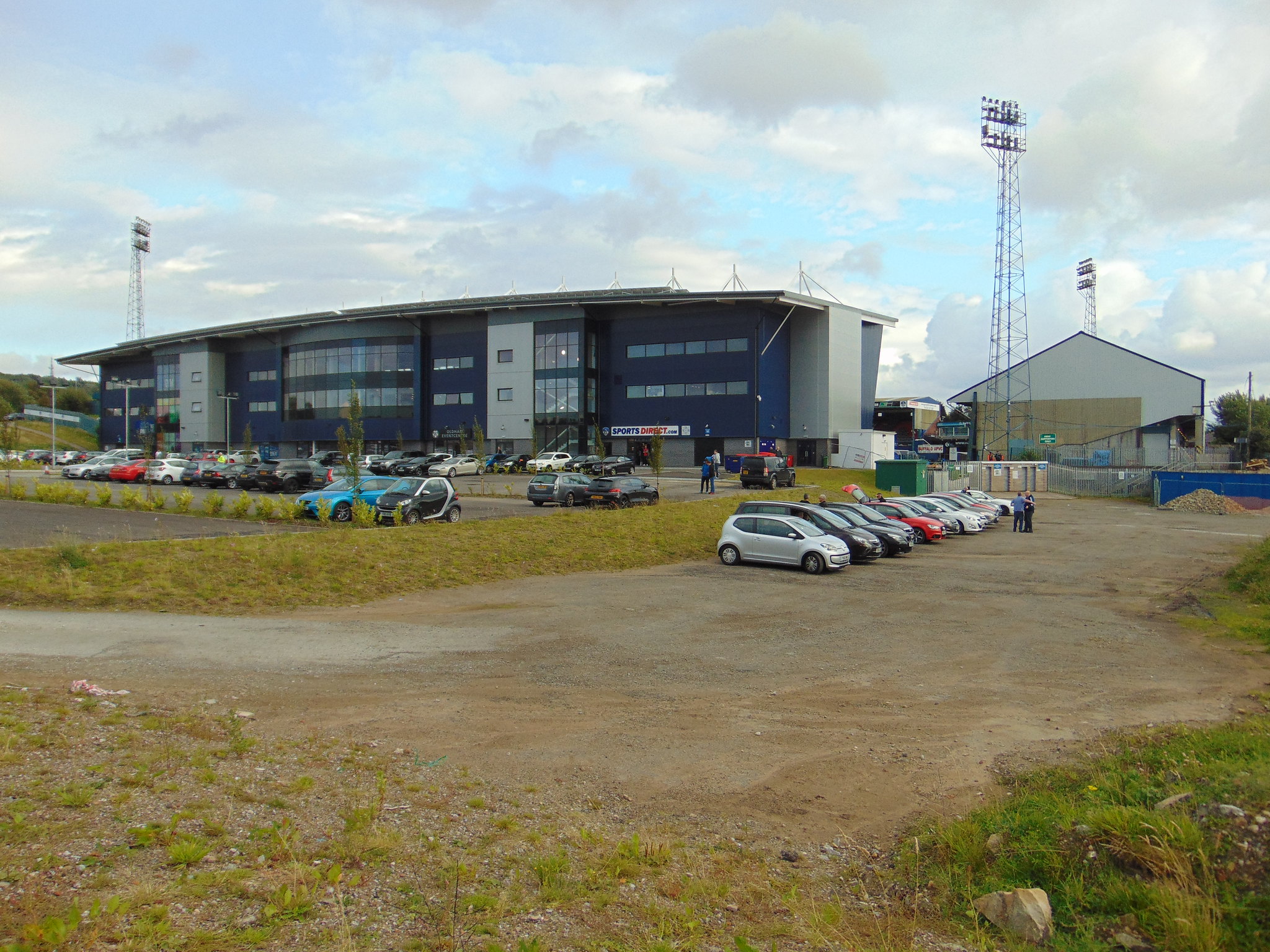 There are a ton of takeaway shops on that walk from the station, but nearer the ground, very little unless you head out to Rochdale Road or the retail park near the motorway. There is a pub on site at the Chaddy End, but that’s it really. The food inside is good though, Oldham are pretty famous for their pies, and as Ive now found out, with good reason. Steak and pepper…oh my… 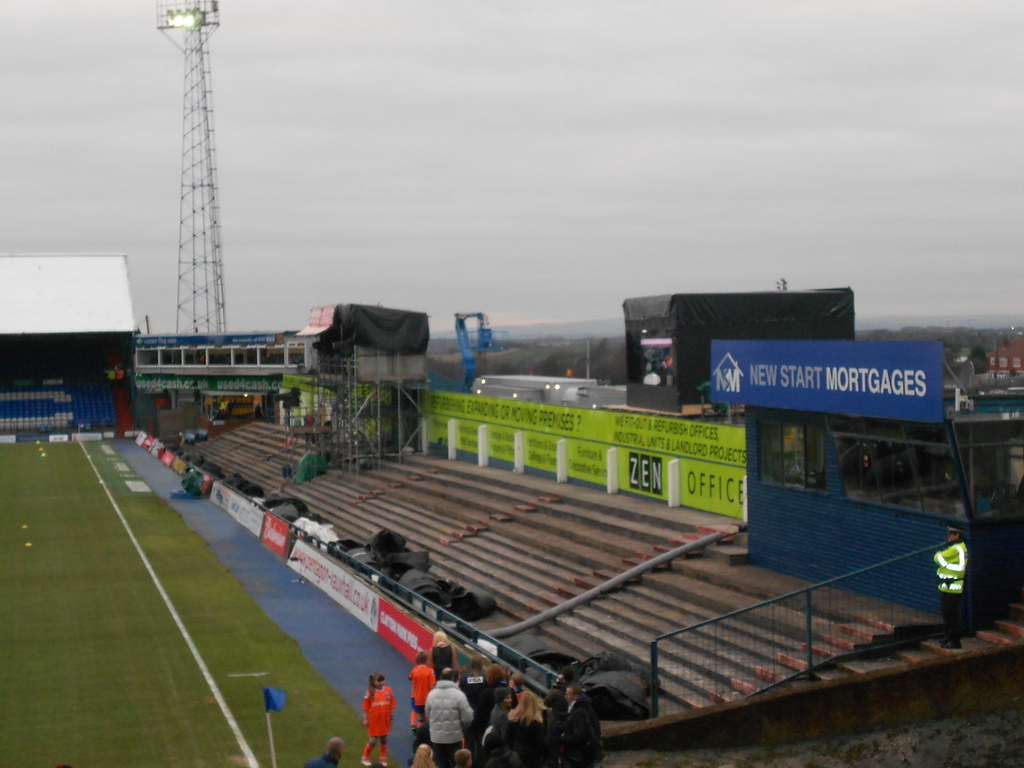 All that was left of the Broadway Stand in 2013

This is a bit pointless, as the stand I was in first time has now been demolished! Which is a shame, because it was a good little stand! I was on the back row of the lower paddock section so the view was absolutely perfect, right on top of the action, the only downside being that it was uncovered, but it fortunately didn’t rain on this day! Also worth mentioning one little rarity it had in the food area…radiators! Much welcome on a day as cold as that! The rest of the ground has a good enough balance to it, with the new Rochdale Road End behind one goal, the older but atmospheric Chaddy End, and the old style Main Stand. Having now also sat in the away end, I know its the best stand in the ground. Good views, good acoustics, and despite the food area being quite exposed, its roomy which I suppose makes up for it. By the time I went a third time, the Chaddy End is now the away end. Still decent for atmosphere, but nowhere near as good as the views or facilities in the Rochdale Road End. 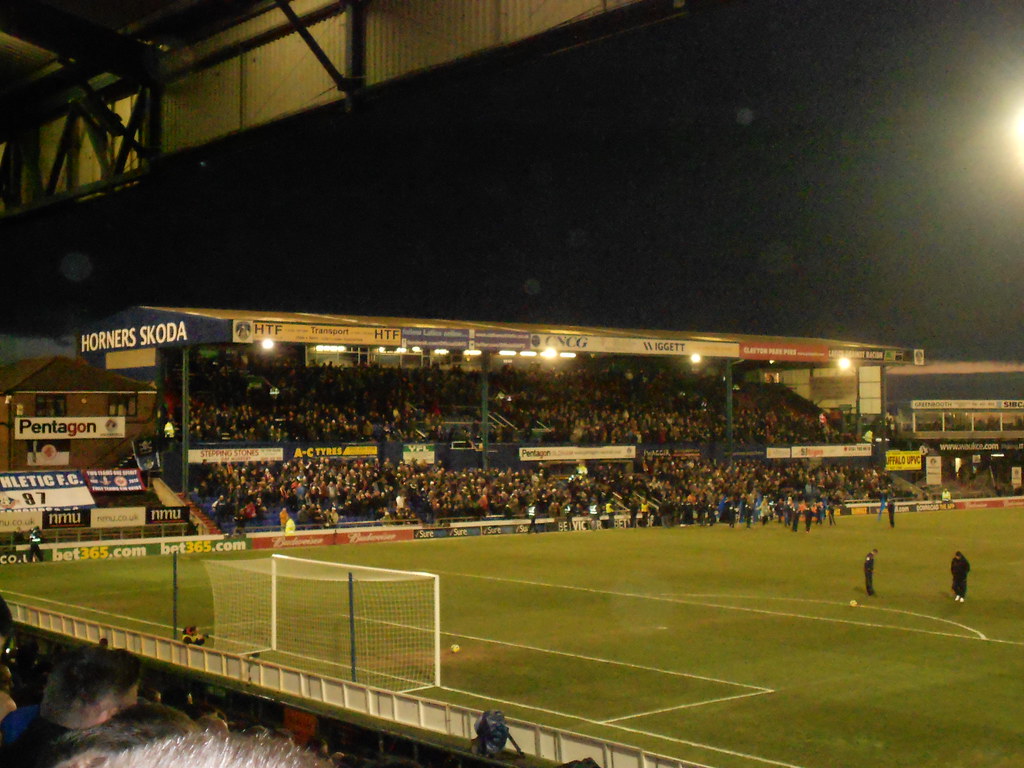 I was quite close to the Chaddy End, where all the atmosphere seemed to come from. It was quite impressive for a stand that size. Oldham’s slow ‘Oh When the Blues’ song is brilliant in full flow. From the other end, the Brighton fans were quiet first half, but woke up and made some noise when their team did! For the Everton game, the noise from us in the first 10 minutes or so was unbelievably good, the acoustics in that away end are absolutely stunning. 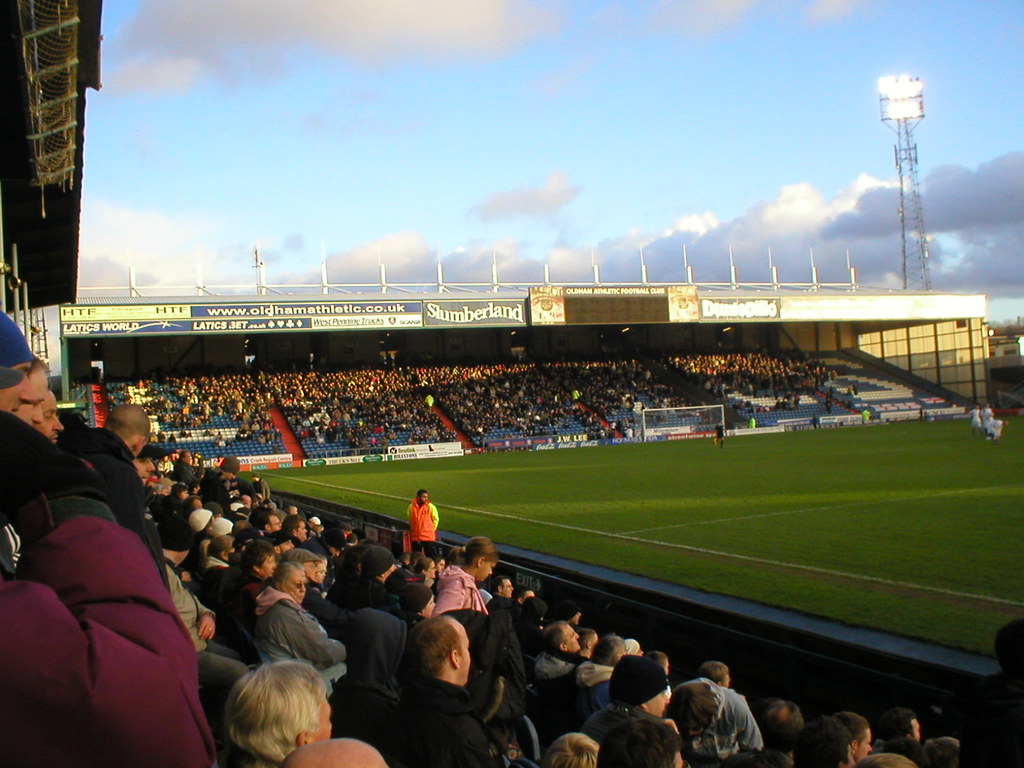 My first visit had a much larger than average crowd, as Oldham reduced the prices for this and another home game to just £2 to celebrate the club being taken over.
One other thing that made this game strangely memorable was the bloke sat near me who spent the entire game berating poor Craig Rocastle! Even when he did something right, he had a go, leading to another bloke sticking up for Rocastle and shouting back every time this first bloke had a go! 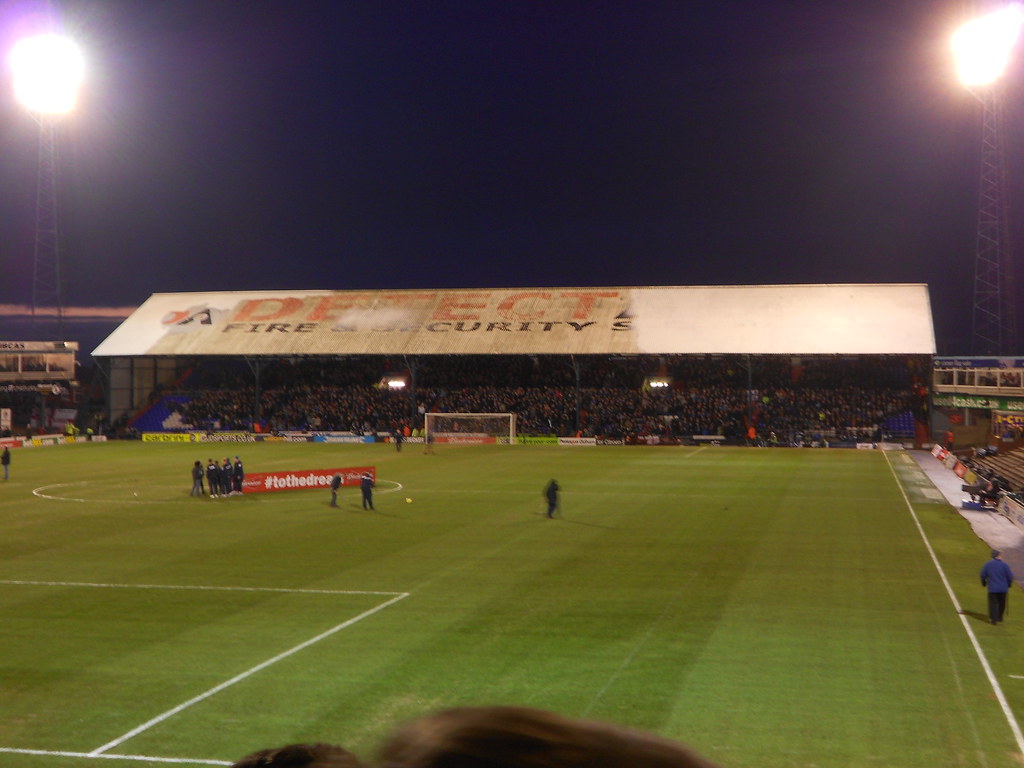