It’s signposted all the way from the motorway so not a problem. Considering it's all street parking too, parking isn’t bad, though traffic can be bad getting away after. We parked for free at a pub called Taps around the corner which was free and not too bad for getting out. 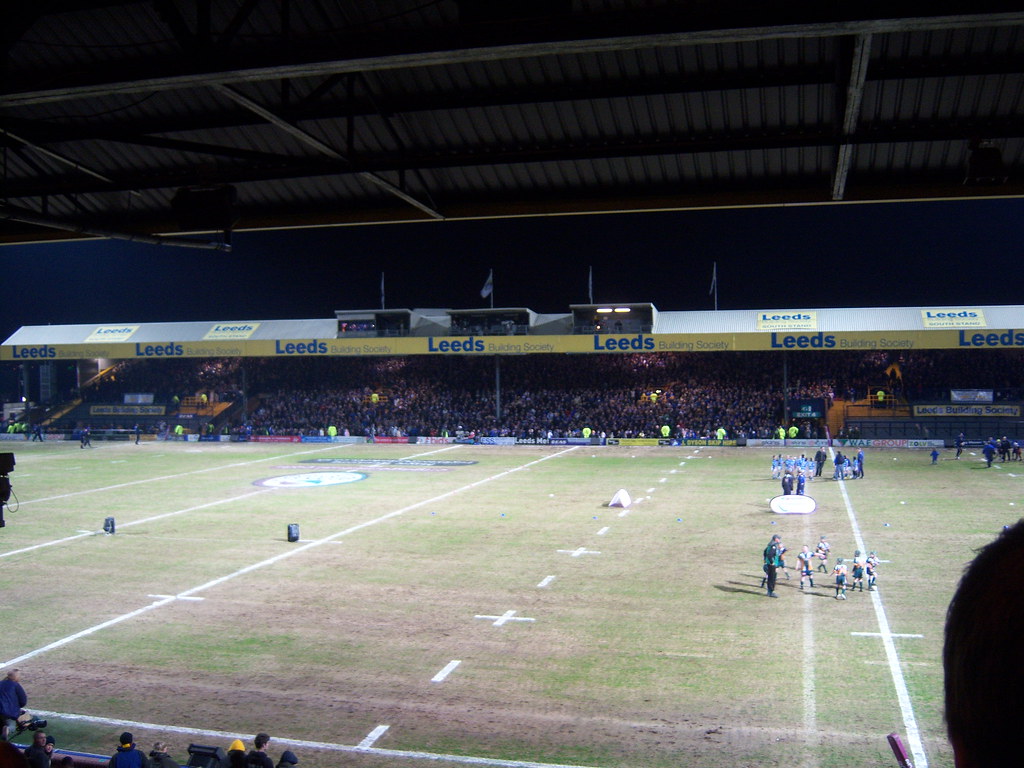 There is a main street full of takeaways and KFC etc. just down the road from the ground, or alternatively inside, there are plenty of food and drink outlets, and a couple of bars in the Main Stand too, so very easy to come by! 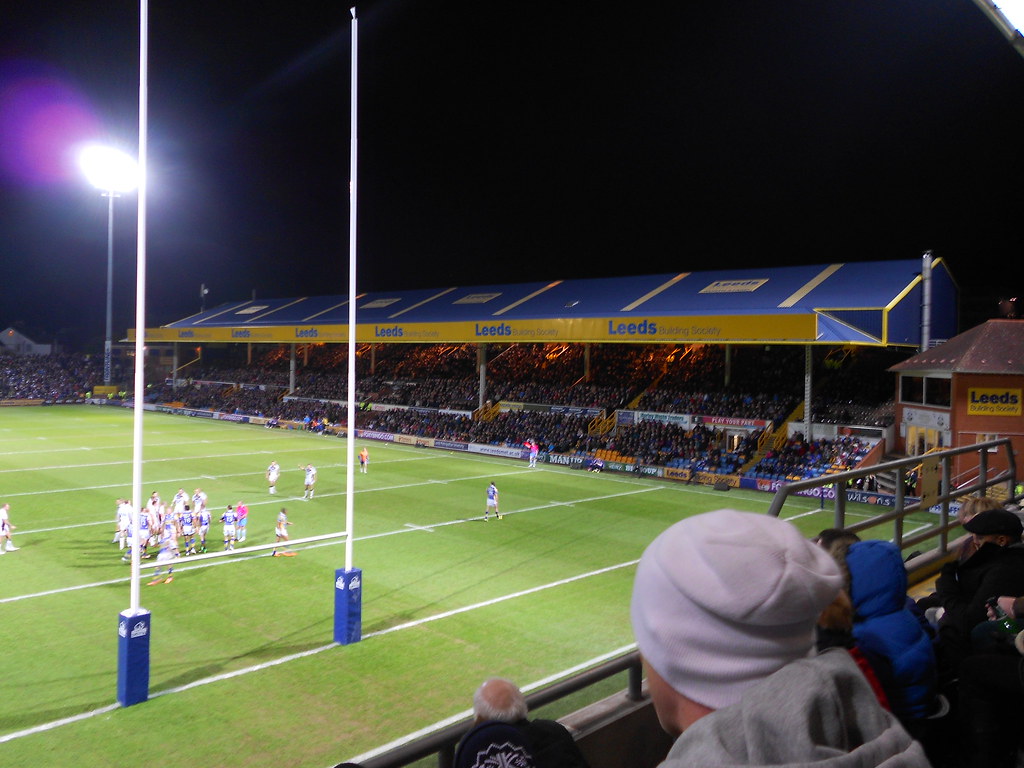 Like Knowsley Road, it’s showing it’s age a lot these days, though the old South Stand is due to be redeveloped soon. As a result, the view isn’t the greatest from some areas (in particular where I sat which had two pillars blocking most of one end of the pitch!) The uncovered West Terrace obviously provides good views with no pillars, while the newer Carnegie Stand behind the other posts also has good views, with a terrace at the bottom, and seating in the upper. The old South Stand is a big covered terrace, which has had to have it’s capacity reduced, hence it’s upcoming redevelopment. 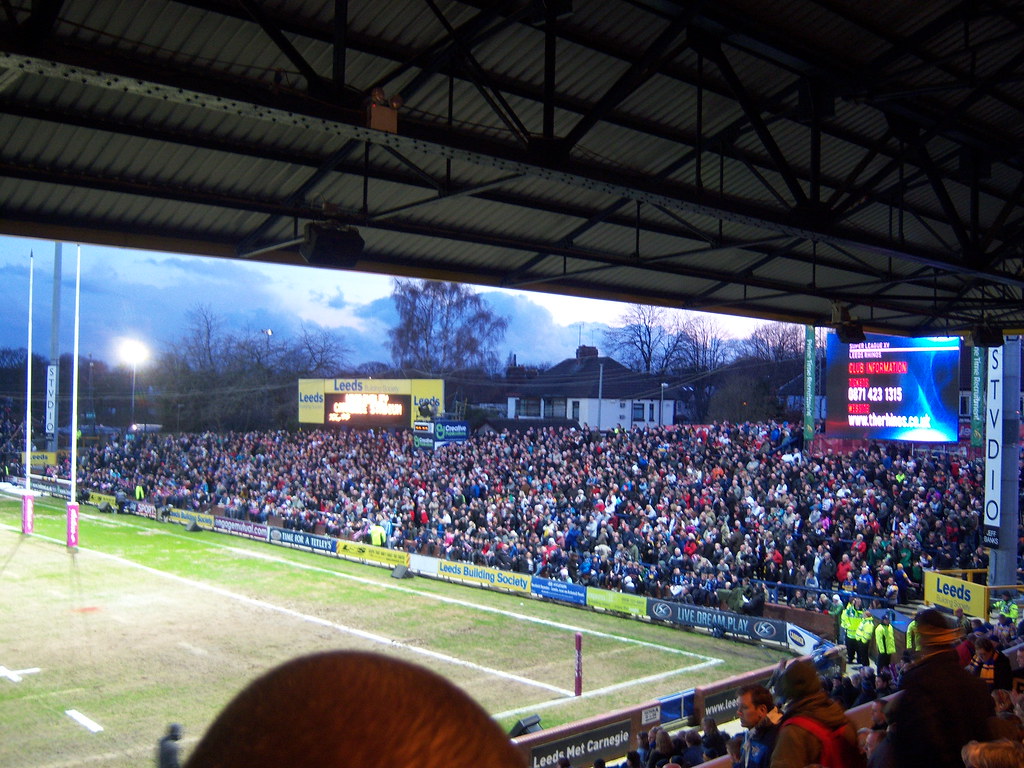 Bradford fans pack the West Terrace for an Easter Derby, 2010

Wasn’t the greatest for a lot of the game, though kind of understandable given Leeds’ run of defeats before the game, their performance, and the fact that Bradford led from the 2nd minute to the 77th, but it could be pretty good when it got going, especially towards the end when Leeds staged a bit of a fightback from 20-6 down! 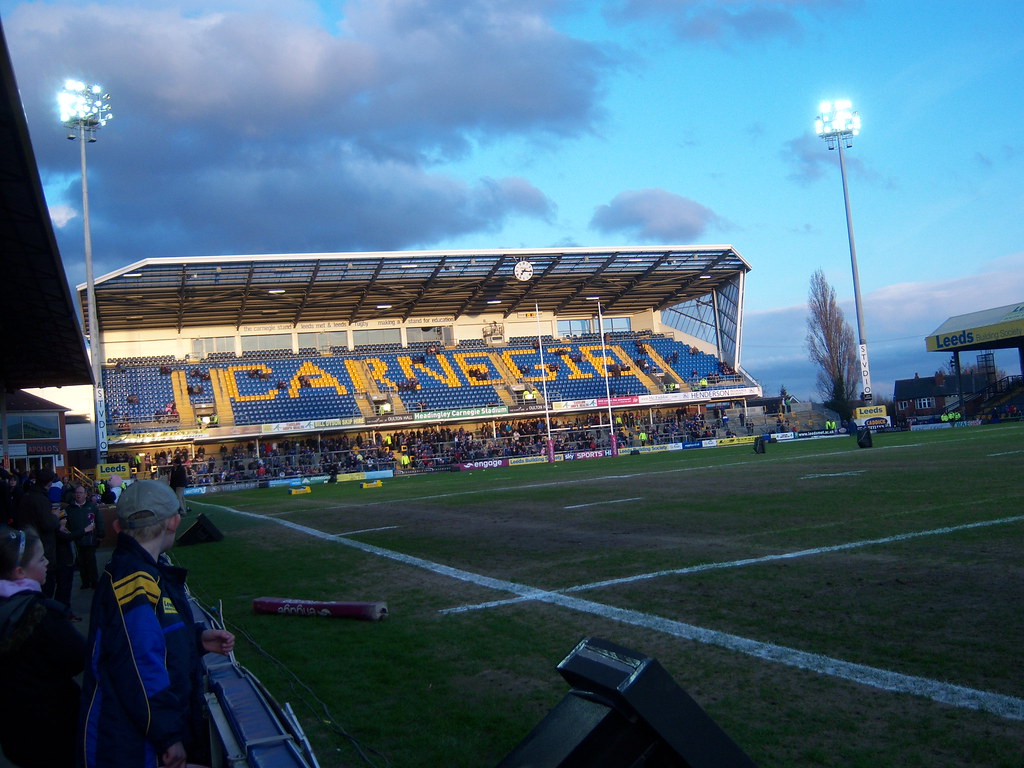 The ground backs onto the Headingley cricket ground, and shares the same turnstiles, and bars in the Main Stand.

Again, like Knowsley Road, a bit of a dump that’s had it’s day, but sport still needs a few old school venues like this one, and it was a good night.
Headingley Photos
Posted by Unknown at 07:36