Ooooh this is fun…12.45 kick off, we were due to get the coach at 5am…only it left early and went without us! Dash back home, print out directions, steal my mum’s car (well, it had air conditioning and electric windows!) and drive like demons! Then of course as I hadn’t checked the guide, I didn’t have a clue where to park so we ended up in some random long say car park miles away from the ground! Getting lost in the woods before and after the game just added to the fun!
Drove every other time, parked at the County Hall, though its not the greatest with it being £6 and having an irate Father Christmas lookalike stewarding the place and dumping cones in front of everyones cars!

Went by coach most recently as the club were doing a free one. Absolute nightmare. Six hours each way, and thanks to no escort out, the coach park takes forever to get out and back past the ground. It took us an hour and a half just to get out of Norwich...not what you want for such a long trip already. 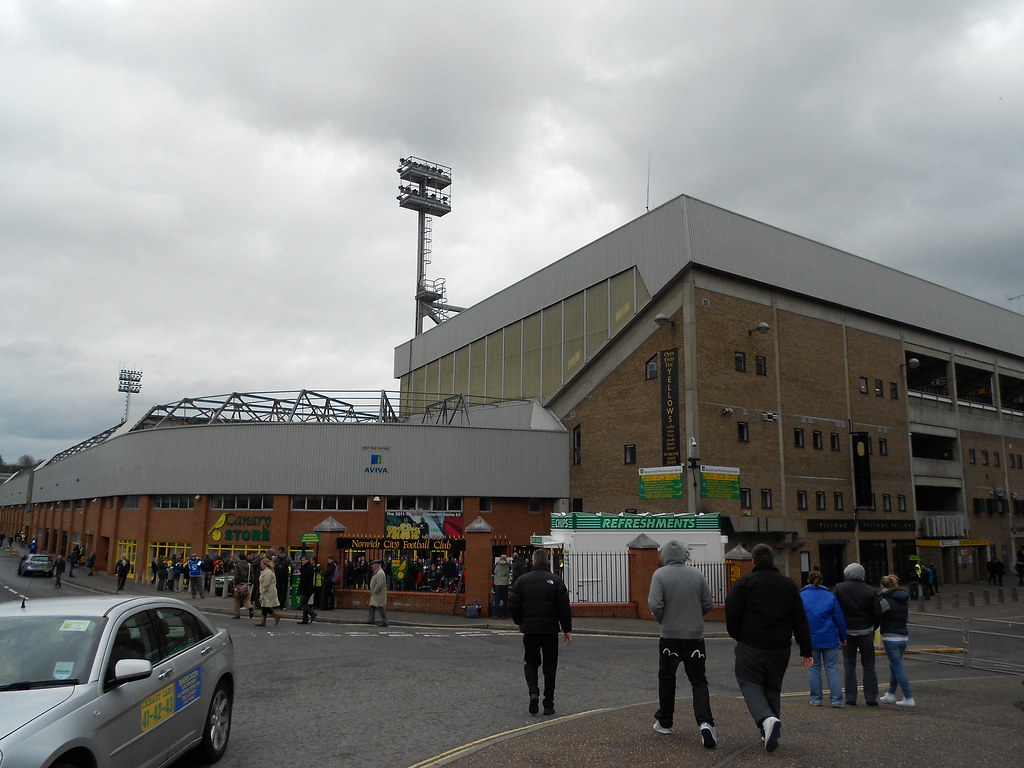 The city centre is only about 10 minutes away so take your pick. The Compleat Angler is probably the best away pub in the League, full of Everton fans, massive, ace location right next to the river…just they charged £1.95 for an orange and soda the cheeky twunts! Inside, I don’t have a clue, as we were late getting in first time so they stopped serving us food and drink, resulting in a near riot! Second time, it was ridiculously cramped, meaning I couldnt even get near the bars, so pretty poor for such a new stand. 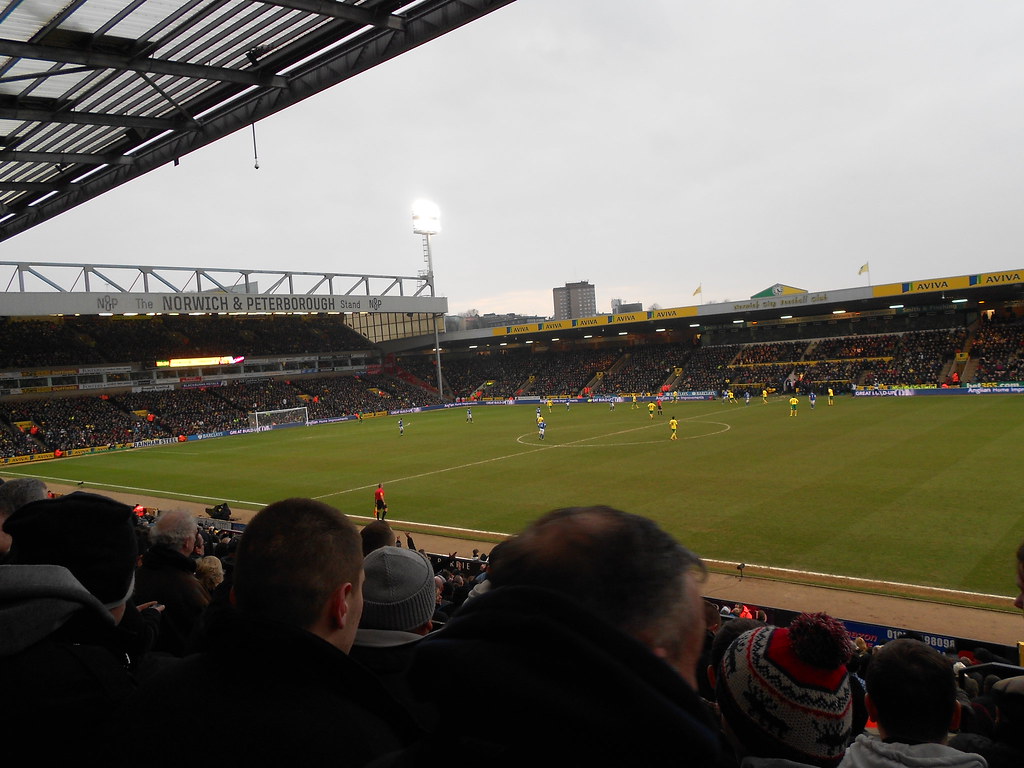 The Jarrold Stand was not long opened when we went first time, so seats were great. So long as you’re not right in the corner so you’re not constantly craning your neck to see sideways! The food area in the ground is too small as well for a fairly new stand. The ground looks a lot smaller than it is, with the City Stand opposite the away end being so small. Decent little balanced ground though. 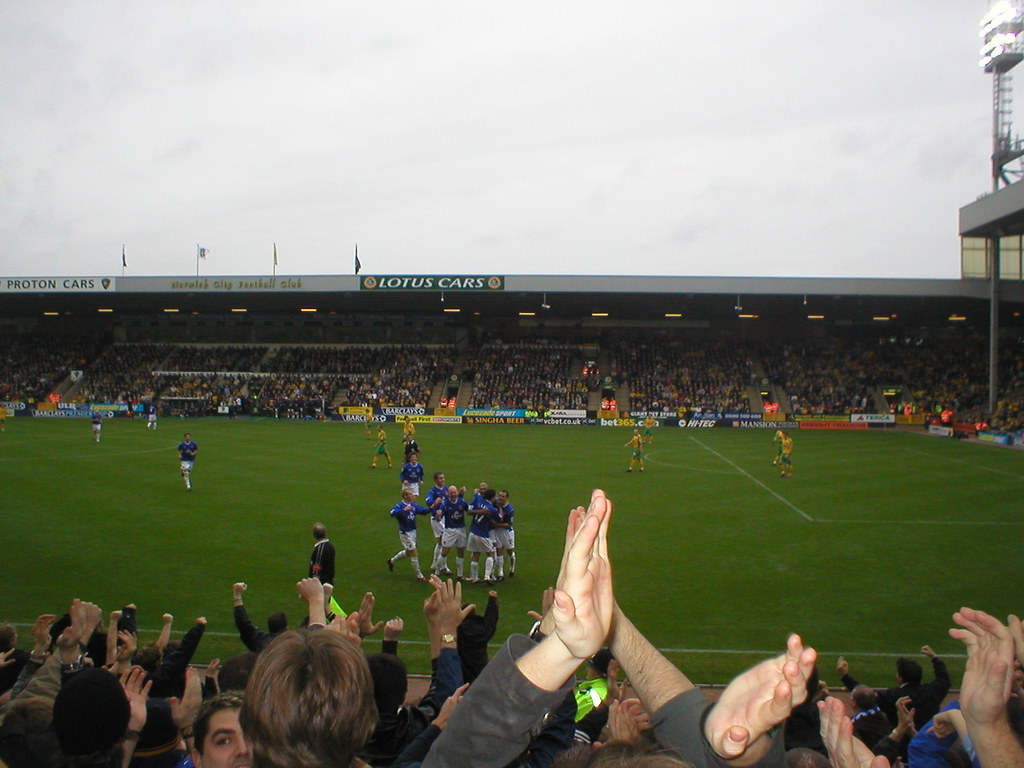 Celebrating one of 3 goals in a memorable win in 2004

It was a really end to end kind of game when we first went, and Norwich were still looking for their first league win so the atmosphere was all over the place! Rocking early on, then we went 2-0 up so we were rocking while they shut up, they got it back and were pushing us again, we got a late winner to go 2nd in the league so the atmosphere was a bit of a classic to be fair!
The stewards were an absolute pain about standing from the first minute, and that never helps the atmosphere anywhere. They werent too bad on my last visit, so maybe they've mellowed. 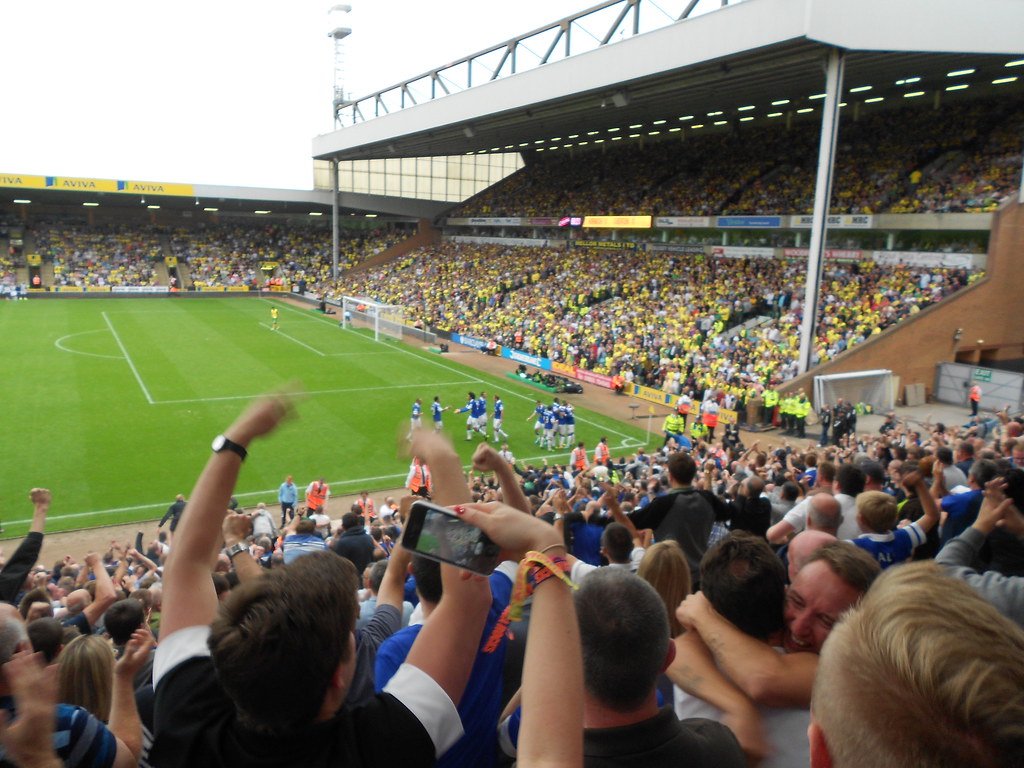 This was the first ground I went to where I heard music after the goals! I hate music after goals, it is as bad as it gets. We were 2-0 up and cruising at half time, then in the first minute of the 2nd half, they got one back. Cue the whole away end putting their heads in their hands…then slowly lifting te back up, looking at each other confused and saying ‘what the hell is this?!?’ as Samba Di Janeiro belts out and all the Norwich fans in the Barclay End are dancing at us…its even worse when you’re 1-0 up with 6 minutes left and lose… 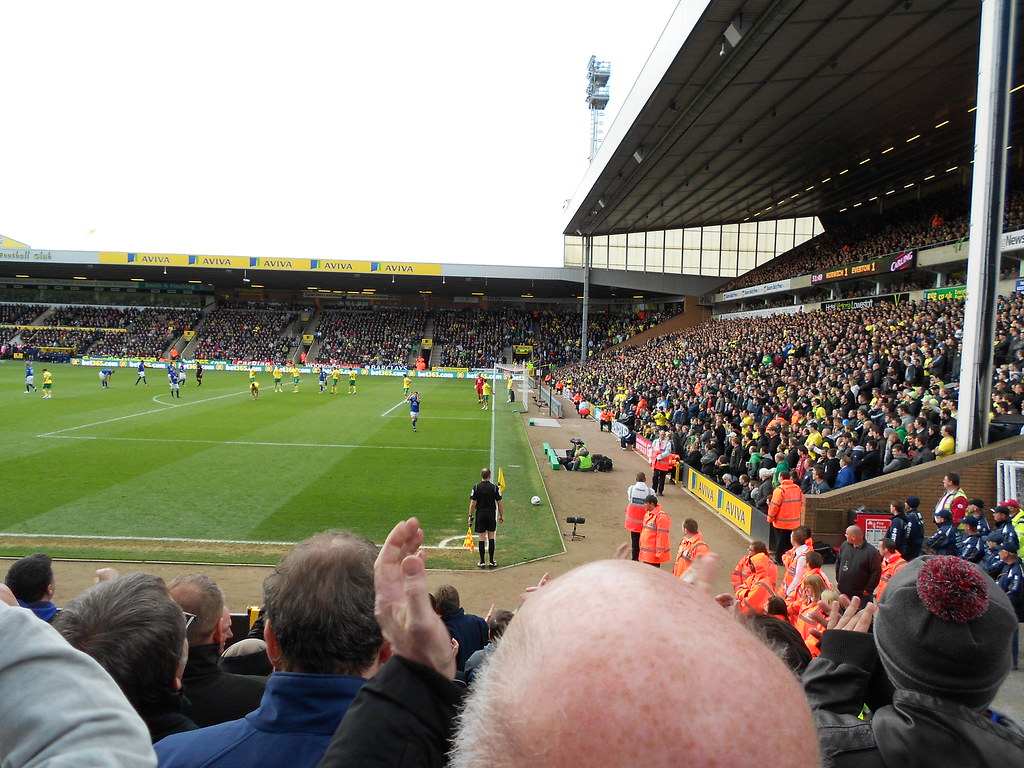 The Jarrold Stand extends beyond the touchline...a terrible neck craning view in 2012

Decent ground and away day, the worst thing about it is the distance to be honest. And the police and stewards of course, who your obligatory small town lot enjoying the opportunity to bully a couple of thousand Prem fans, rather than the usual couple of hundred from Crewe!
Carrow Road Photos
Posted by Unknown at 05:18