I had a tip from a Wolves fan, and it turned out to be a pretty good one! Leave the M6 at Junction 12, follow Stafford Road all the way towards town, turn left at a roundabout with the Island pub next to it, and lo and behold, free matchday parking at a park and ride! Only about a 10 minute walk to the ground from there, and traffic not so bad afterwards. Spot on! 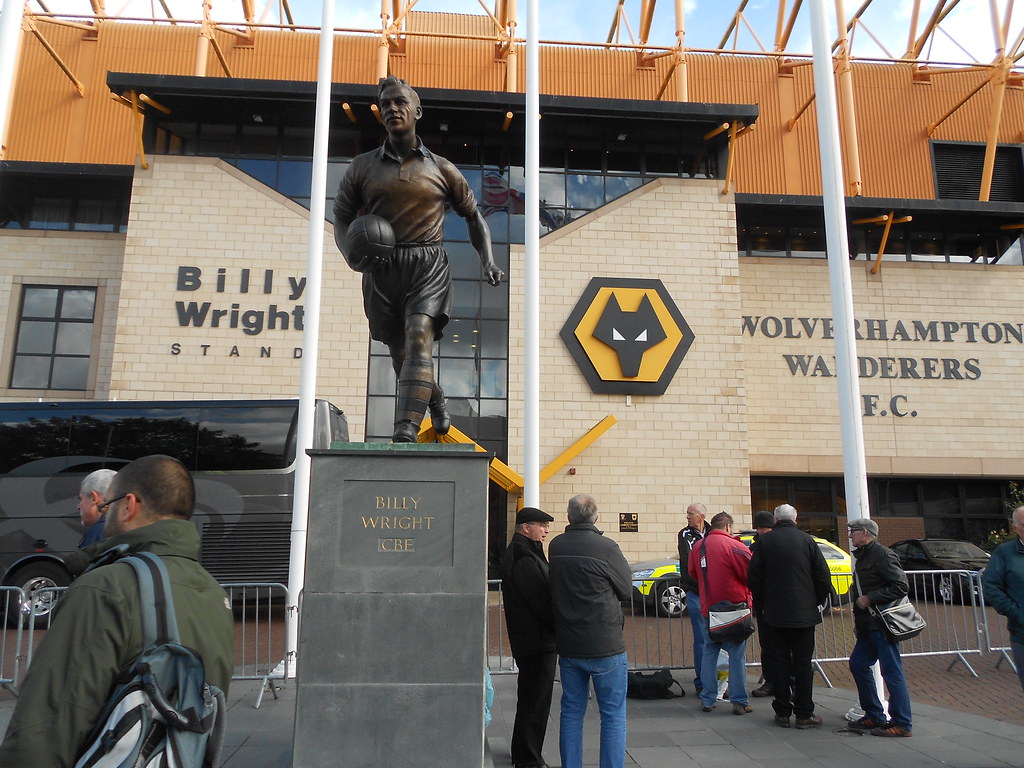 Billy Wright statue outside the stand named after him, 2014

You can’t really go without here. Decent selection inside the ground with burgers, hot dogs, pies, the usual, and outside, curries everywhere you look! As far as getting a drink goes, I’d always heard Wolves can be a bit of a moody away, but a pub a little way away from the Stan Cullis Stand opposite the Asda called the Goal Post was heaving with Blues mixing with home fans with absolutely no bother. They served curries too and put on what looked like a free barbecue buffet which had sadly all been gobbled up by the time we got there! 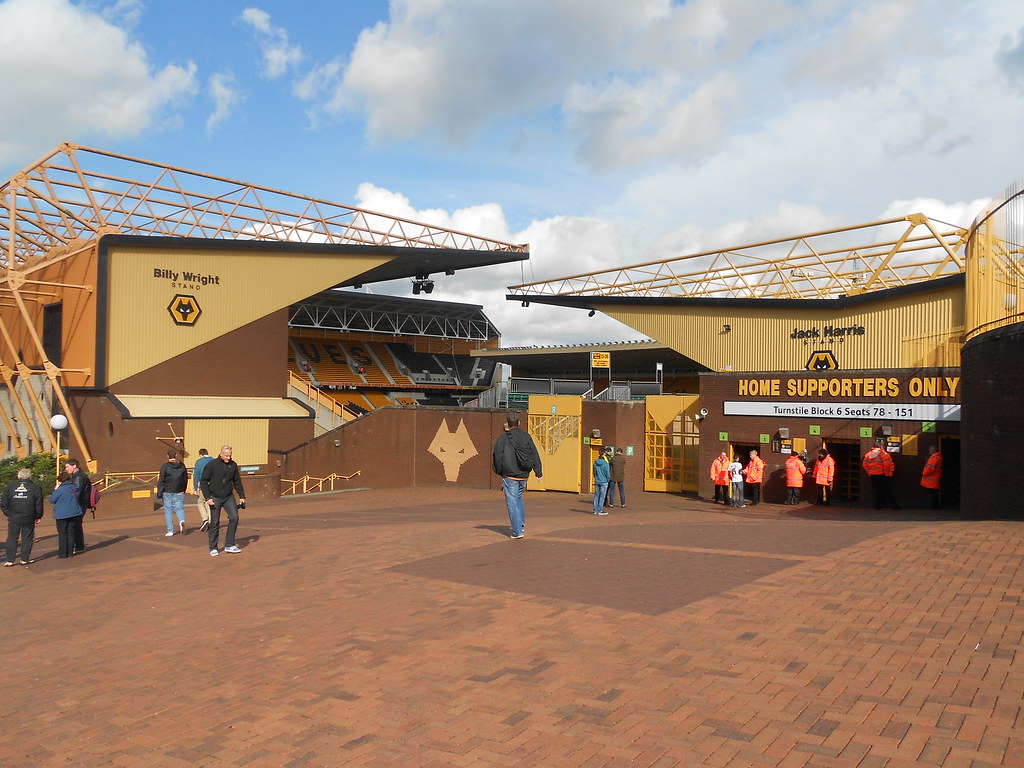 Given that the Steve Bull Stand is the oldest in the ground, I was very surprised just how good it was! Away fans who take the full allocation as we did take the whole of the lower tier of the stand, and despite it not having many rows and us being in row B, it was really steep so even that low down, the view was pretty good! The ground looks quite steep all around, and is built in a valley, so while it feels quite big and imposing once you’re inside, it looks and feels quite small on the outside. 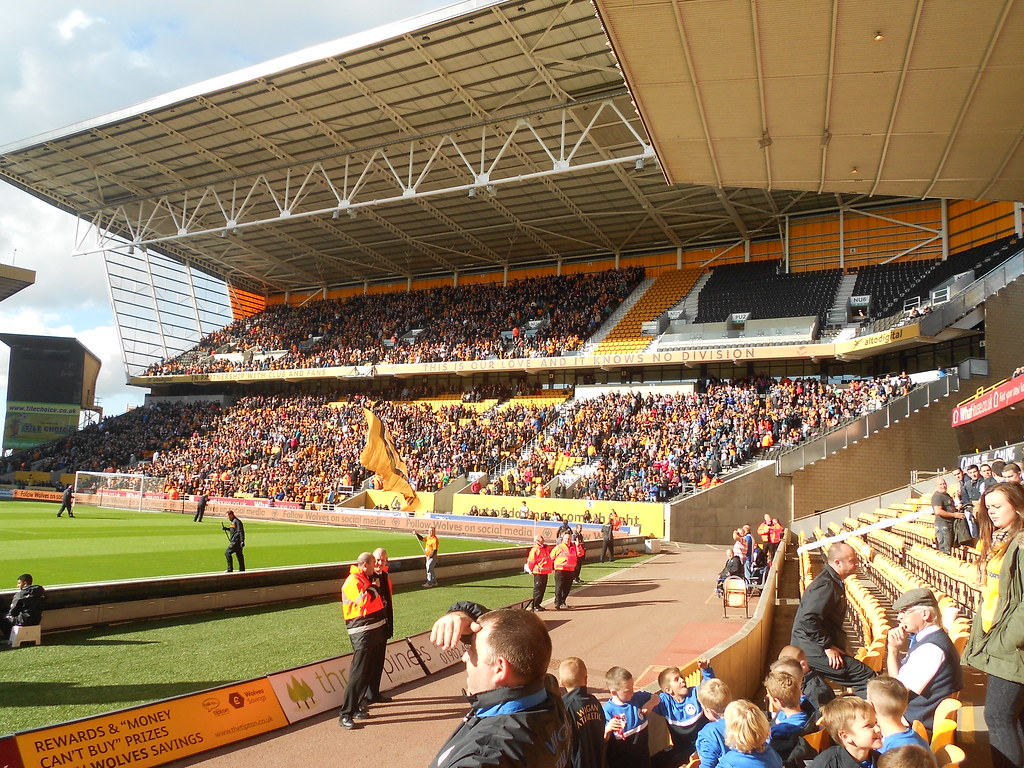 It wasn’t bad. Wolves fans were pretty quiet until they started getting on the refs back, which in turn lifted them a bit to get behind their team more. Away fans struggle to get anything going, as we’re so far spread out. Maybe thats why they put us in the side? 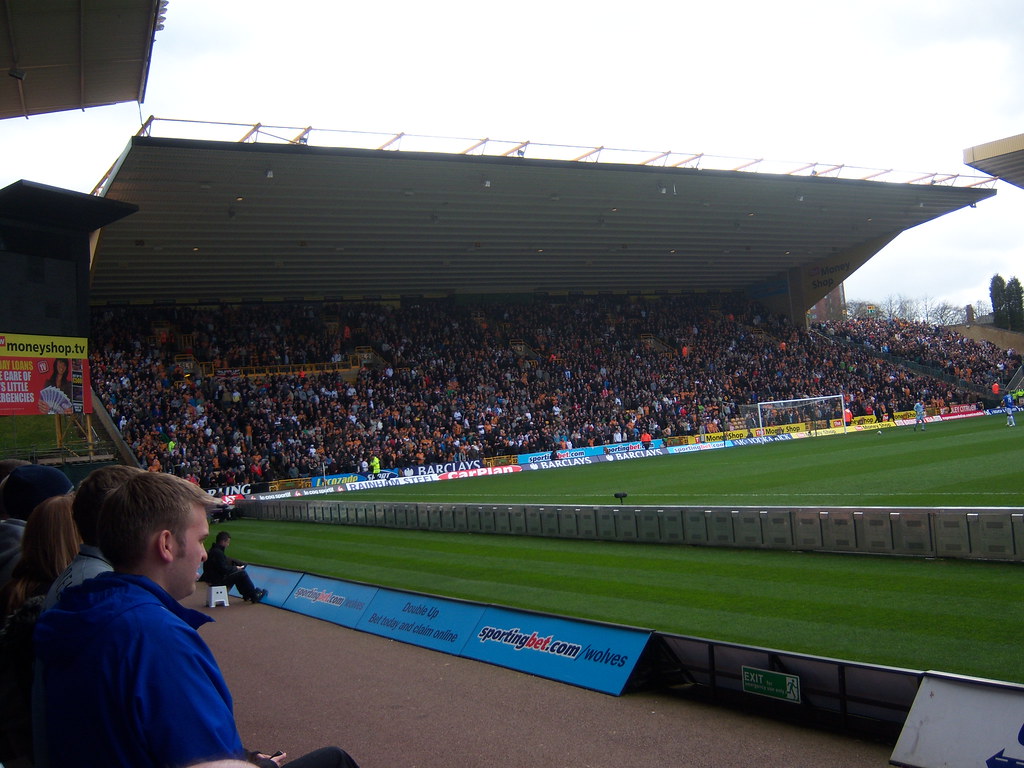 Very good, I really enjoyed it. One of those grounds that has everything you’re looking for in an away day. Somewhere to eat and drink, not too far away or hard to get to, decent away end, decent atmosphere. A new contender in my list of favourites!
Molineux Photos
Posted by Unknown at 07:34