It is possible to use the Meadowhall idea outlined above here, especially as Hillsborough has a tram stop very nearby. But as we played Wednesday in a midweek match, we thought it better to drive, not knowing how late the trams run. Parking was no problem, I was advised to approach the ground on the A61, and parking was signposted from there. £2, 5 minutes walk from the ground, brilliant. 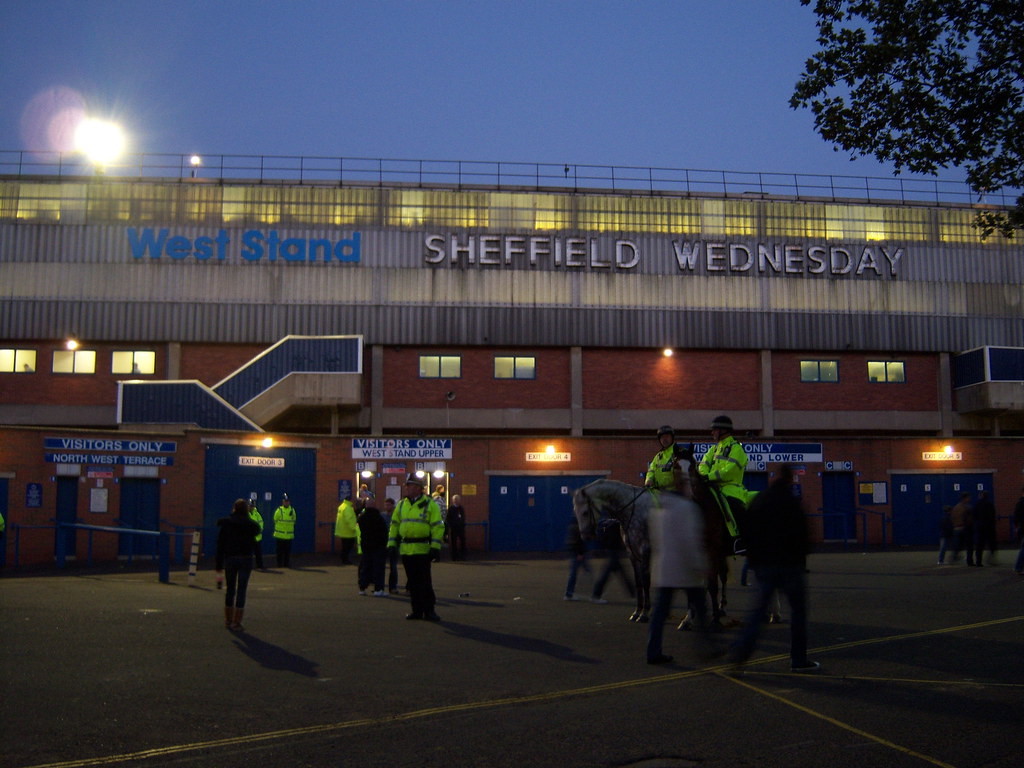 We went in a pub called the Railway, which had a great mix of both sets of fans and a really good atmosphere. Hillsborough is set well and truly in the heart of its community, proper football ground surrounded by chippies, pubs and burger vans! Awesome! The pies in the ground are lovely too. 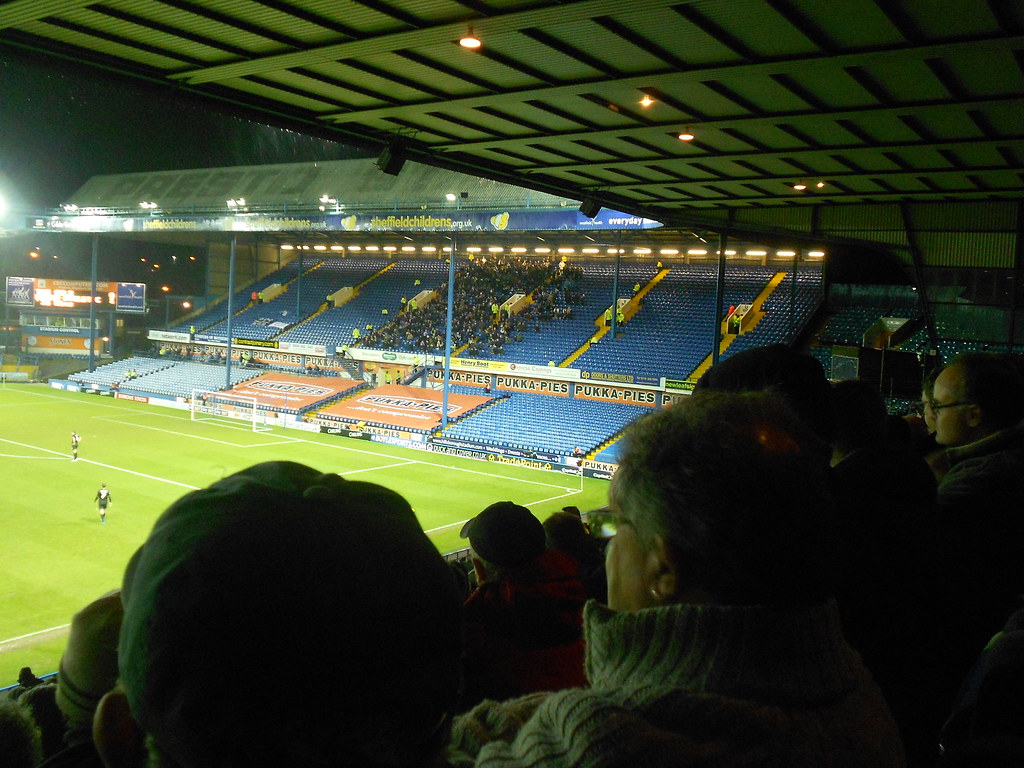 Very much my kind of ground. Big imposing stands, big old fashioned away end, the place just oozes proper football history. The view from the upper Leppings Lane isn’t brilliant because there are so many pillars, but you can get one hell of an atmosphere going. 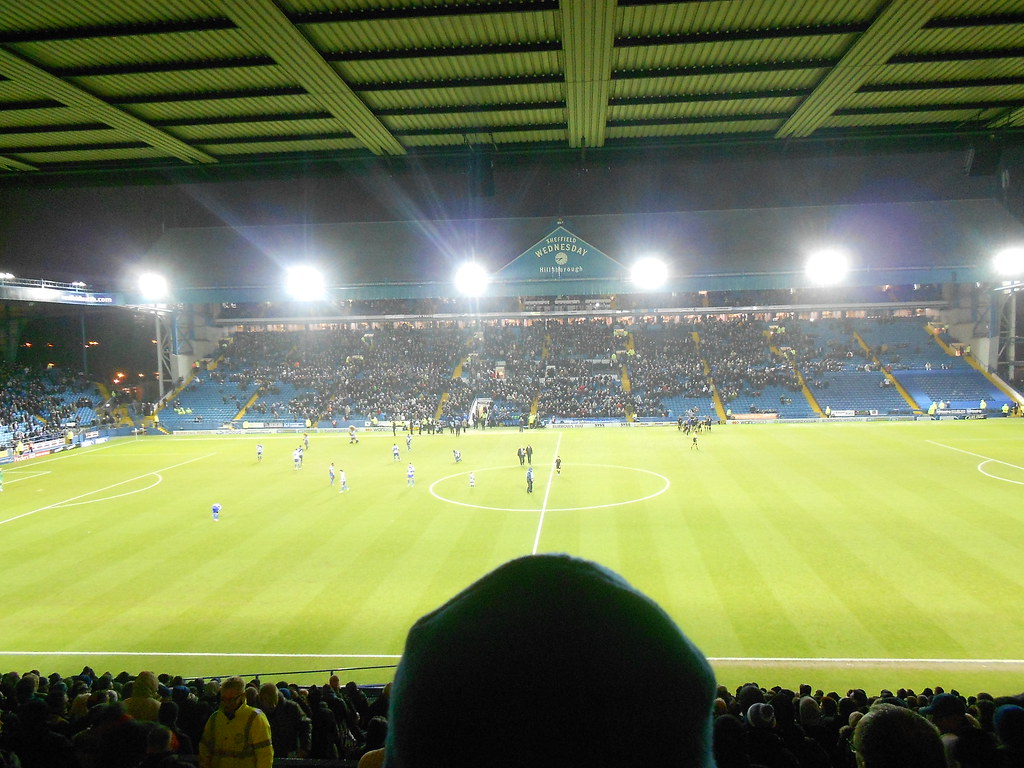 The South Stand before kick off, 2013

See above for the atmosphere from the away end. It wasn’t so good from the Wednesday fans on this occasion, but I’m kind of prepared to let them off given that they were going through a bit of a downer with the club’s owners at the time and only mustered 15k for this game, over 3k of which were away fans. Would rather see them on a better day before I start picking on their atmosphere. It was much improved on my second visit with a bigger crowd helped by cheap tickets. 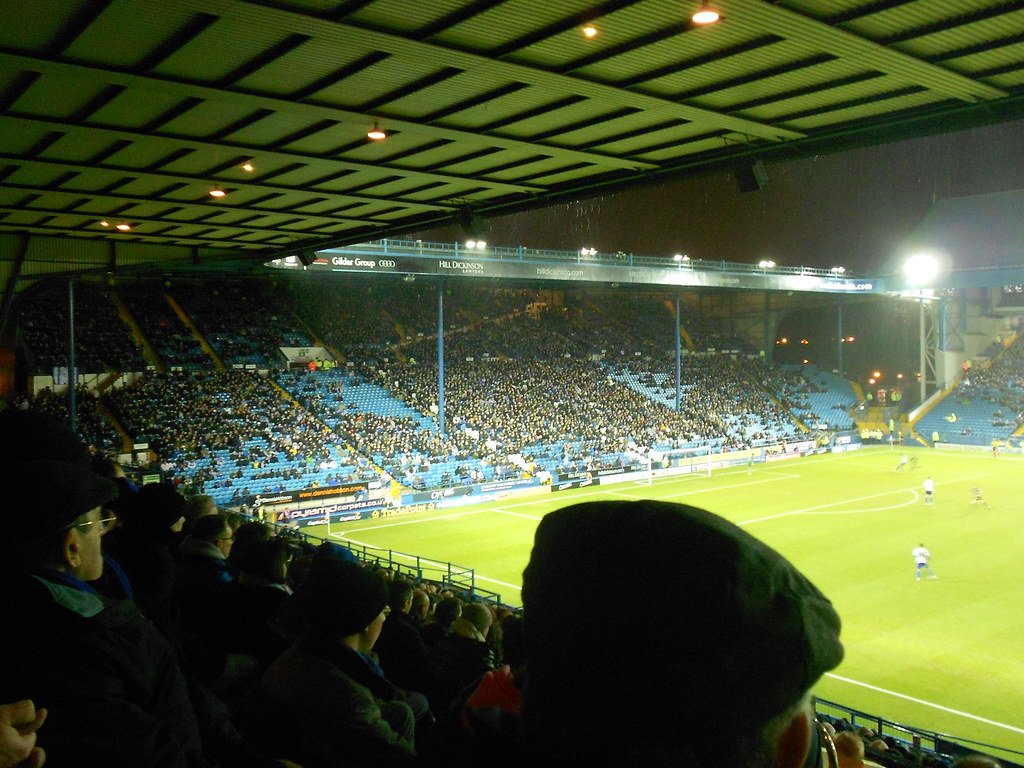 The first ground I ever saw a match abandoned! Also the first ground I ever sat in the home end supporting the away team! Wednesday had a £10 ticket offer on, which didnt extend to the Wigan fans, who were charged £28, so I went in the home end. Wigan were 1-0 up when the game was called off, considering the rain was absolutely persistently torrential, it always looked likely. But then an even heavier burst just after half time made it impossible to play on. 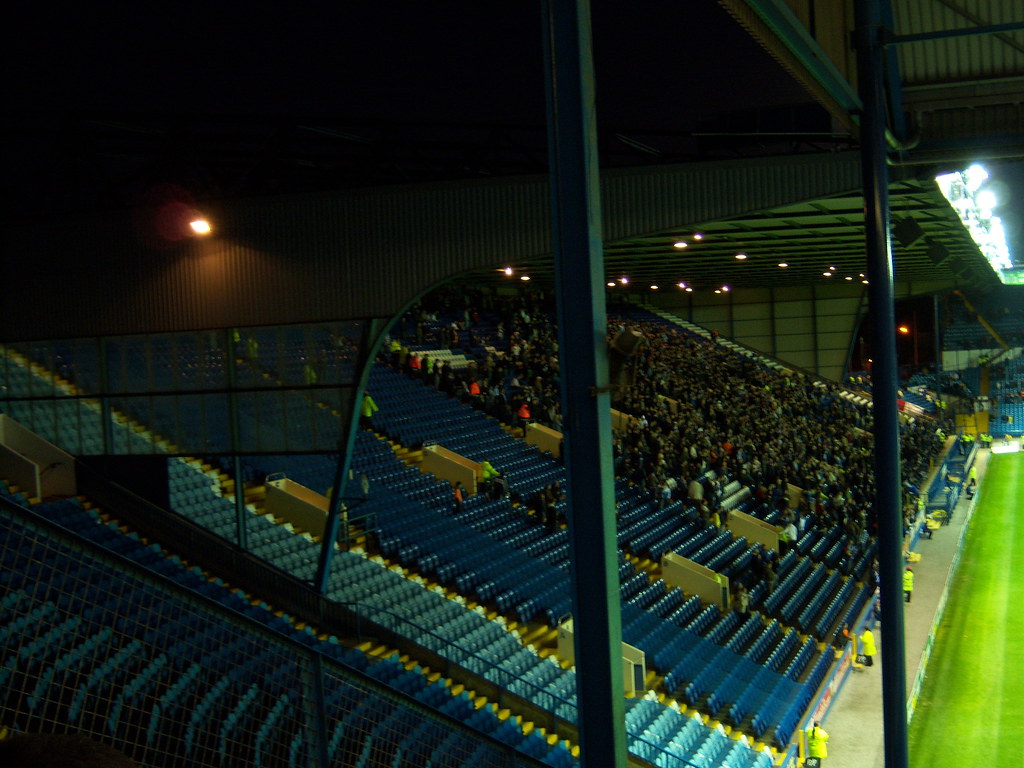 I love it. One of that rare breed of grounds like Goodison. It’s falling down but there is still a sense of magic and grandeur about the place.
Hillsborough Photos
Posted by Unknown at 13:37