I’ve drove on all five visits to the Riverside and parked in the same place. There is a little retail park across the flyover from the ground, which was especially handy because it’s free to park on Sundays and Bank Holidays, so we only paid for parking once! Pain getting out though… 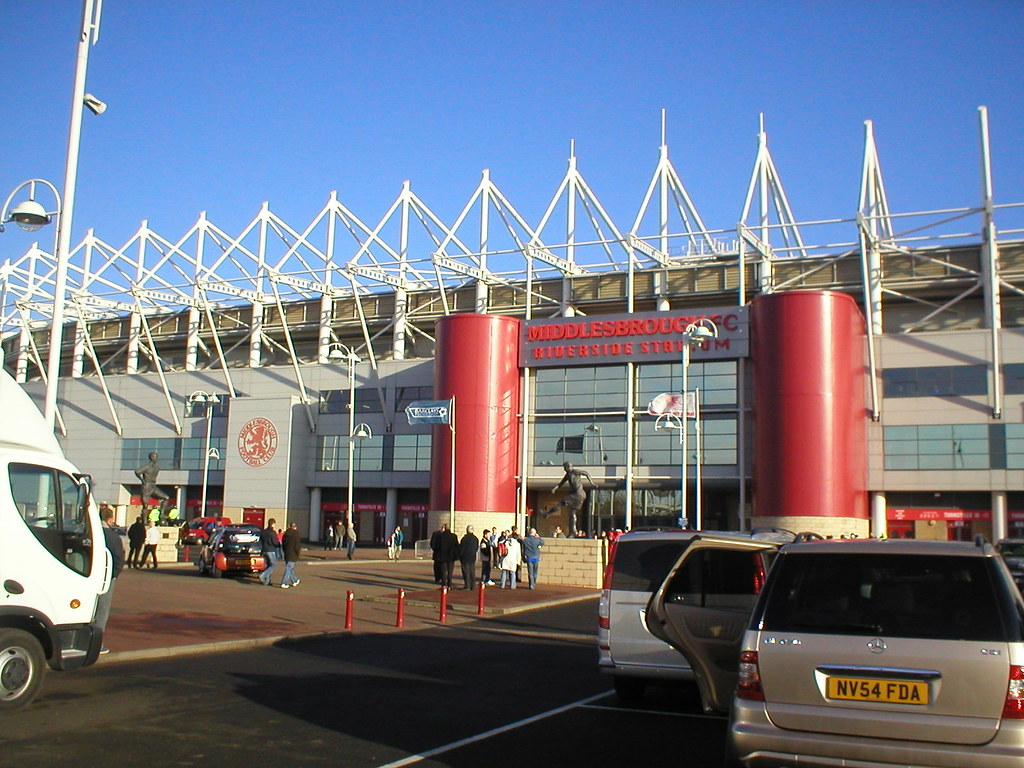 There is the obligatory McDonalds on the retail park, but if you park here, you’re only minutes from town so plenty of pubs. Usually ended up in Dr Browns just on the other side of the road from retail park, but have ventured further into town before too and never had any problems. Same old in the ground. 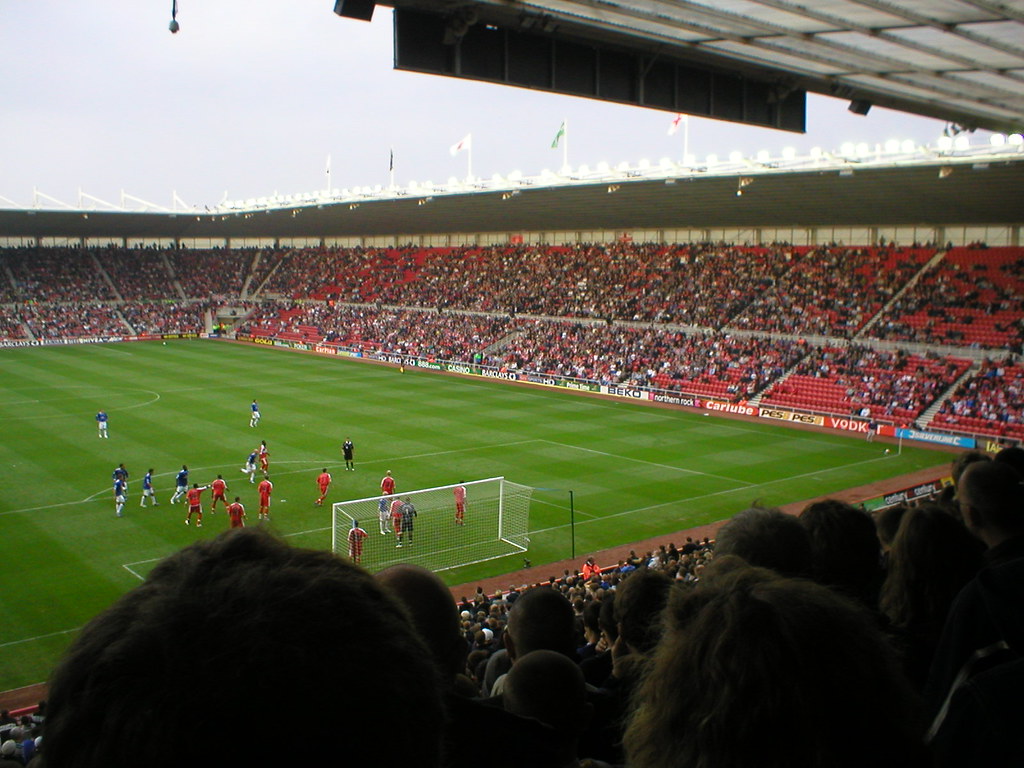 Same as so many others, lovely views and so on, but unbelievably boring. The fact that there is a corporate area just to the left of the away end too means no banter! We sing/ shout at them and they just look at us baffled! Just as well really, given that when that stand used to be shared with home fans, any banter on the other side would generally see numerous ejections in the away end and the police getting a bit excitable. Away fans have now been moved to the corner between the South and East Stands. 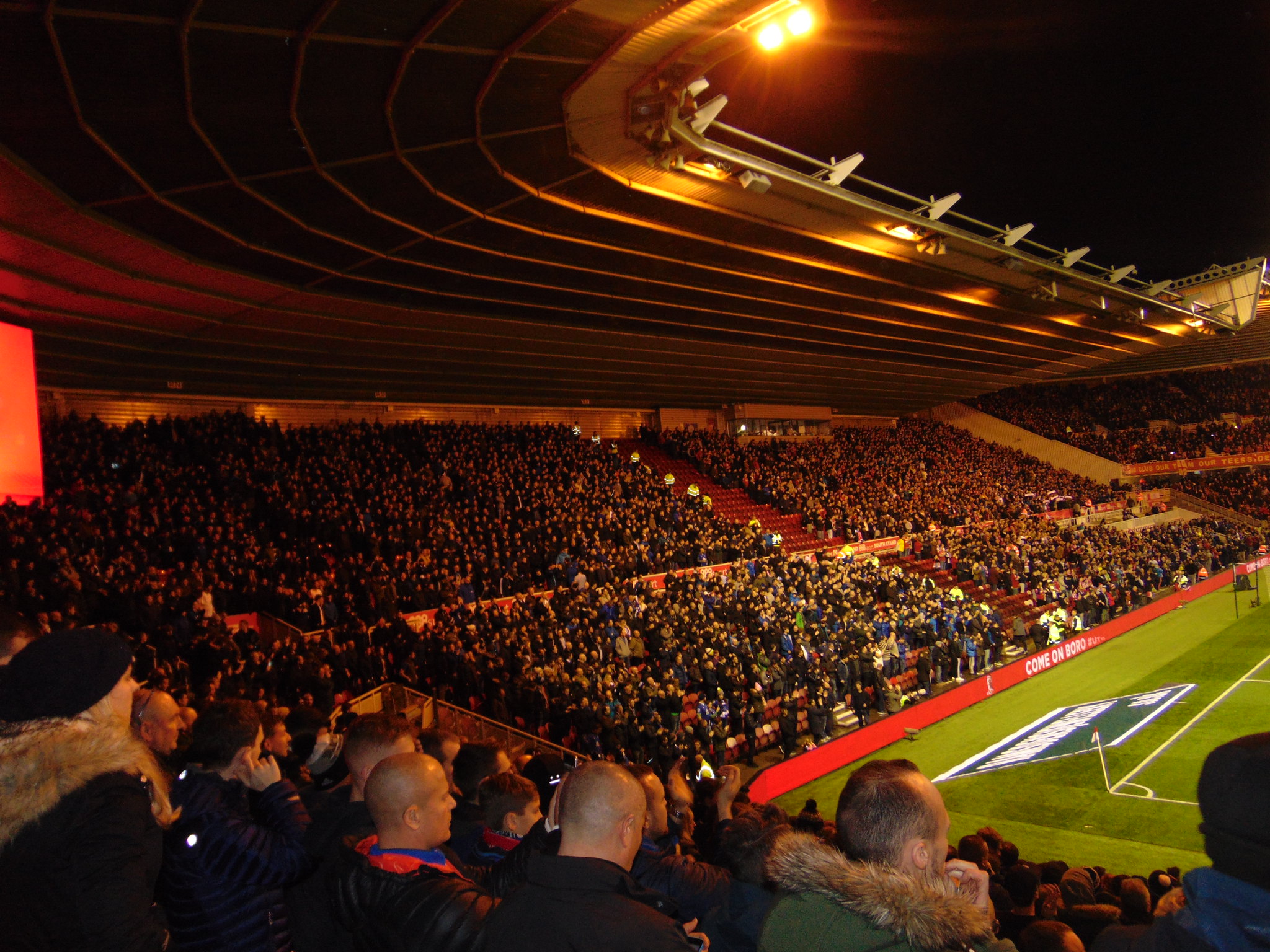 Dreadful from the home fans, though acoustically, the away end isn’t bad. Boro isn’t the most glamourous of away fixtures, but we always seemed to have a good following and a decent atmosphere up there, usually better than Newcastle and Sunderland which is strange. 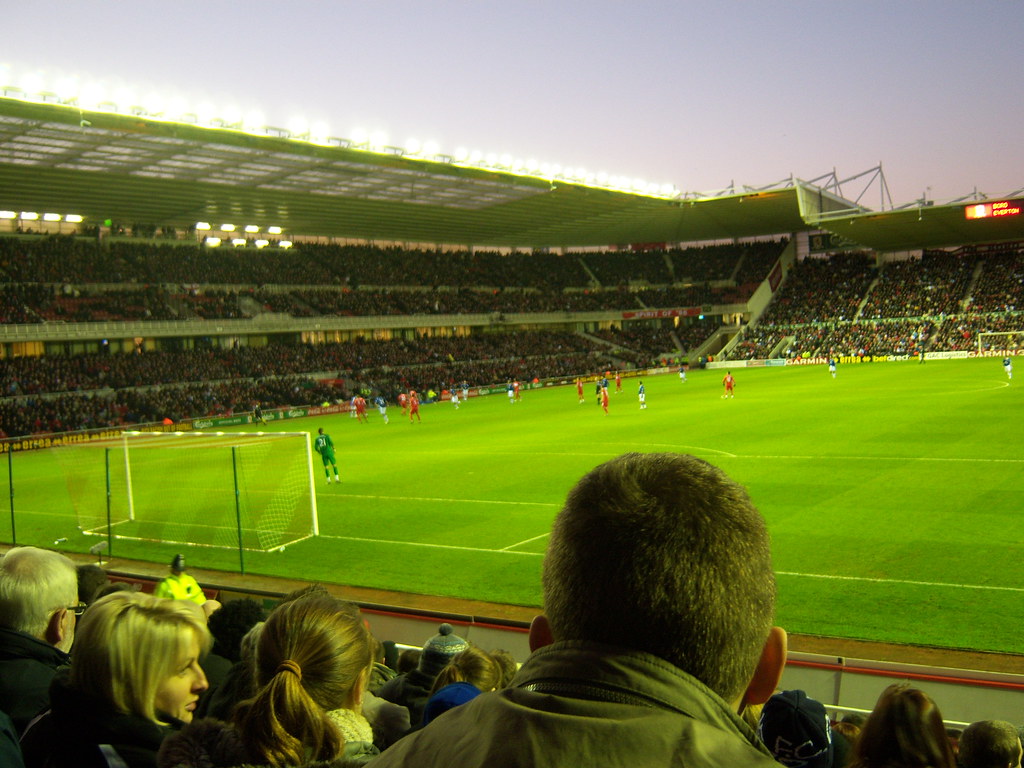 View of the West Stand when Boro started giving away fans the full end, 2008

One of my favourite funny moments, Boro play Pigbag when the team walks out and when they score, so a lot of mickey taking involved there! In 2006, we hadn’t scored in 4 games, and won 1-0 in the last minute when McFadden scored. Cue the whole away end taking the mick and doing the Pigbag dance at the Boro fans! As I said above with the corporate area right next to the away end, they all just looked at us with utter confusion! Good the following season too when we’d signed Andy Johnson, who of course we sang about top the same tune, so when they played it before the game, the whole away end was singing ‘Andy Johnson.’ 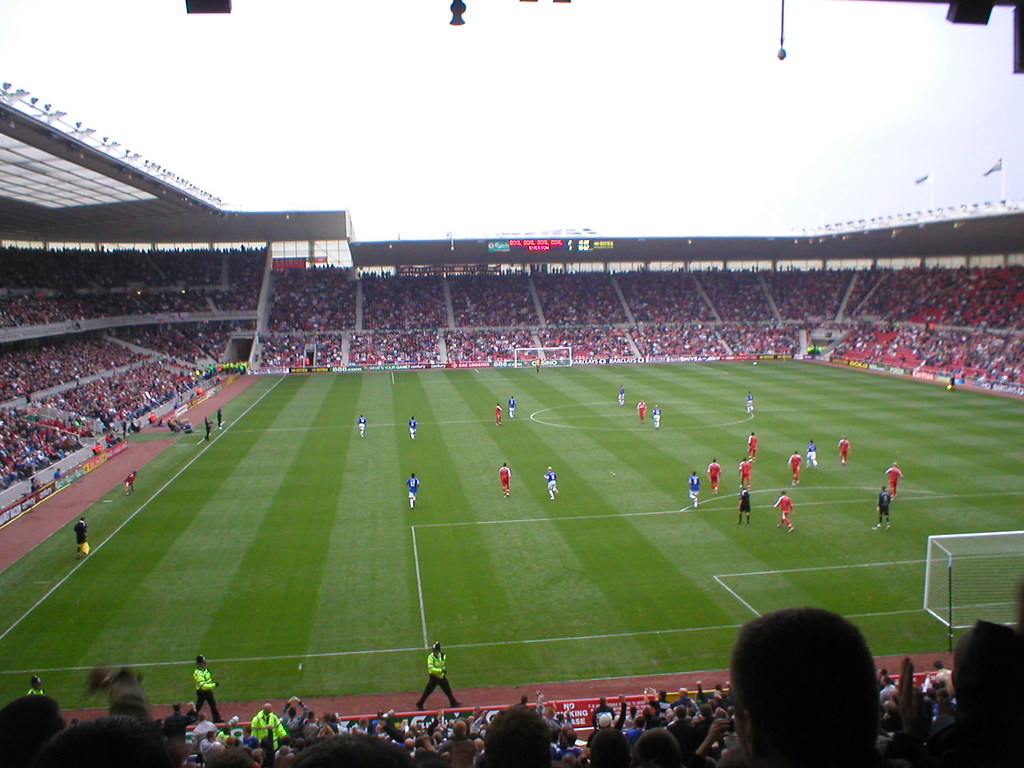 Looking at the North Stand after a Tim Cahill goal, 2006

Crap ground, but always seemed to be a decent day out for us. I miss them!
Riverside Stadium Photos
Posted by Unknown at 08:35