Getting there was easy…but parking…As we approached the ground, signs directed us towards ‘away parking.’ So we followed. For ages. Then the signs disappeared, leaving us to just guess and park on some side street next to the park…the ground was miles down this hill (which wasn’t fun climbing again after…) and traffic was ridiculous getting back out of town again. Followed the Football Ground Guide advice next time to park at Hollywood Park Cinema, where its only £1 to park for 6 hours (or free on Sundays!) Traffic is still a pain getting out, but not as bad, since its nearer to the motorway than the ground. 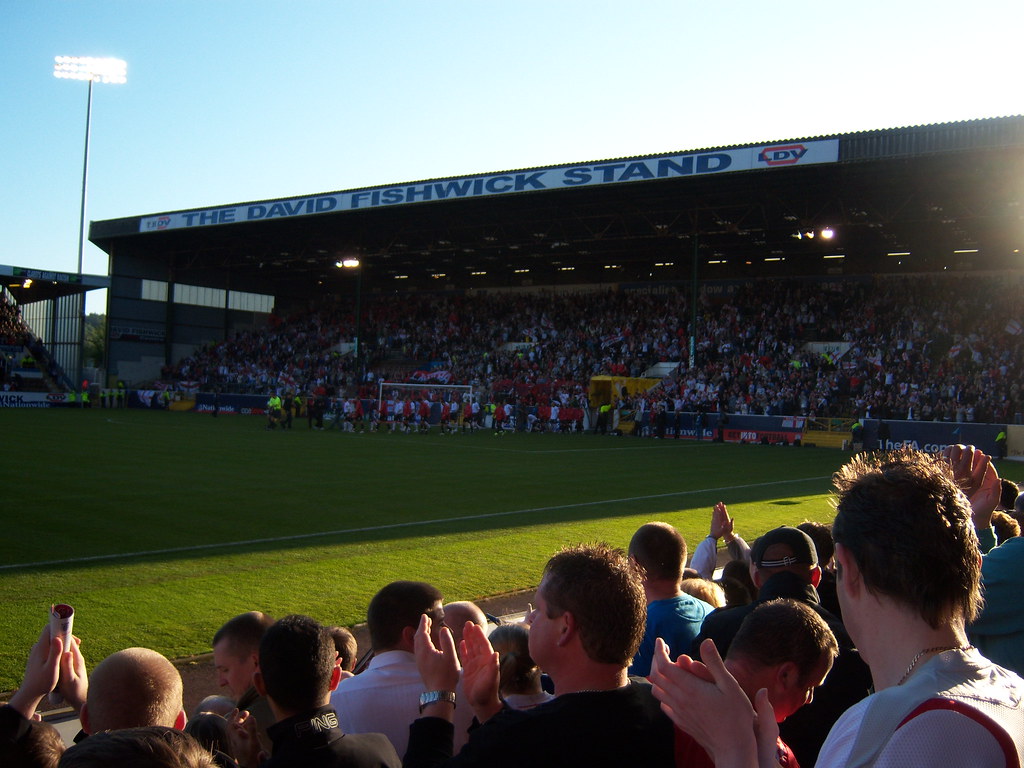 The Cricket Field Stand before an England B game, 2007

Proper football ground, heart of the area, surrounded by pubs, chippies and burger vans. What more do you want? Burnley now also have a 'fanzone' in the corner of the Jimmy McIlroy Stand too, with a marquee selling beer, so that was pretty handy considering the away pub we went in on our previous visit is now a diner! 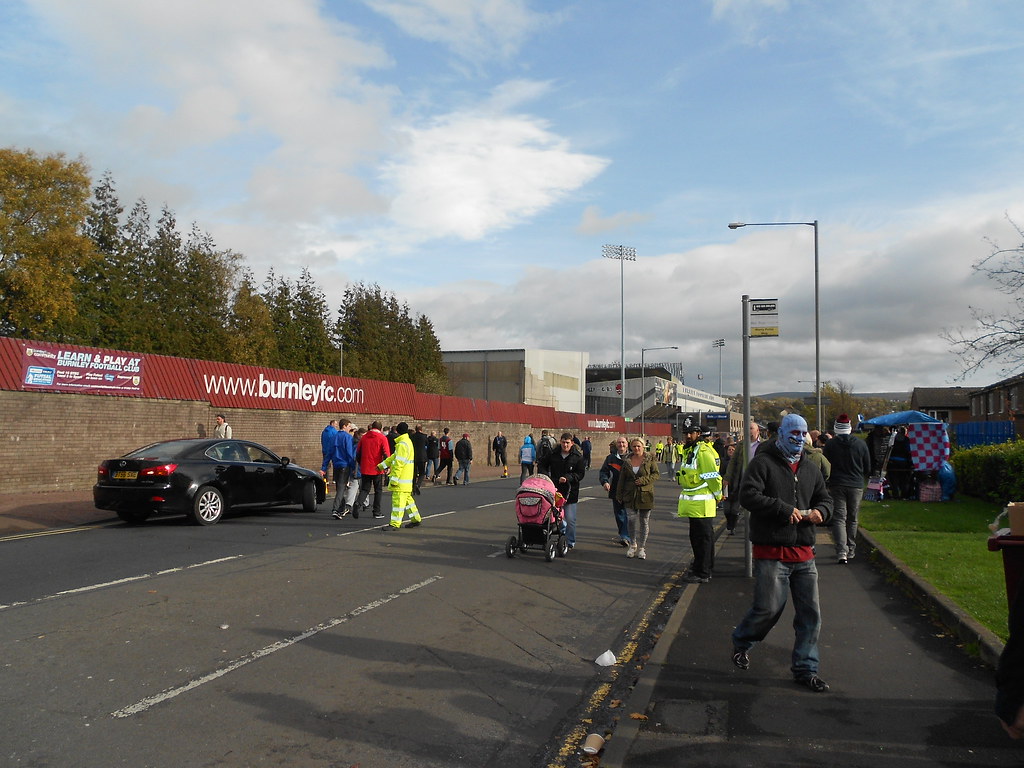 Approaching the ground from behind the Cricket Field End, 2014

The old Cricket Field Stand makes the Bullens seem quite luxurious! The stench of pee, the single bulbs hanging miles above providing virtually no light, the wide wooden seats, all kind of good in a ‘so bad it’s good 1960s’ way! The view from the seats should have been better, I expected it to be flawless given that the steps were steeper than anywhere else I’ve been, but even sitting down, there didn’t seem to be much height between rows which was really frustrating. We missed a penalty, I didn’t have a clue where it went…to be fair to Burnley, they have given the place a lick of paint between my visits, and its amazing how the away end has brightened up. Still a bit frustrating that you cant quite see the byline, but then again, Ive been in much worse. 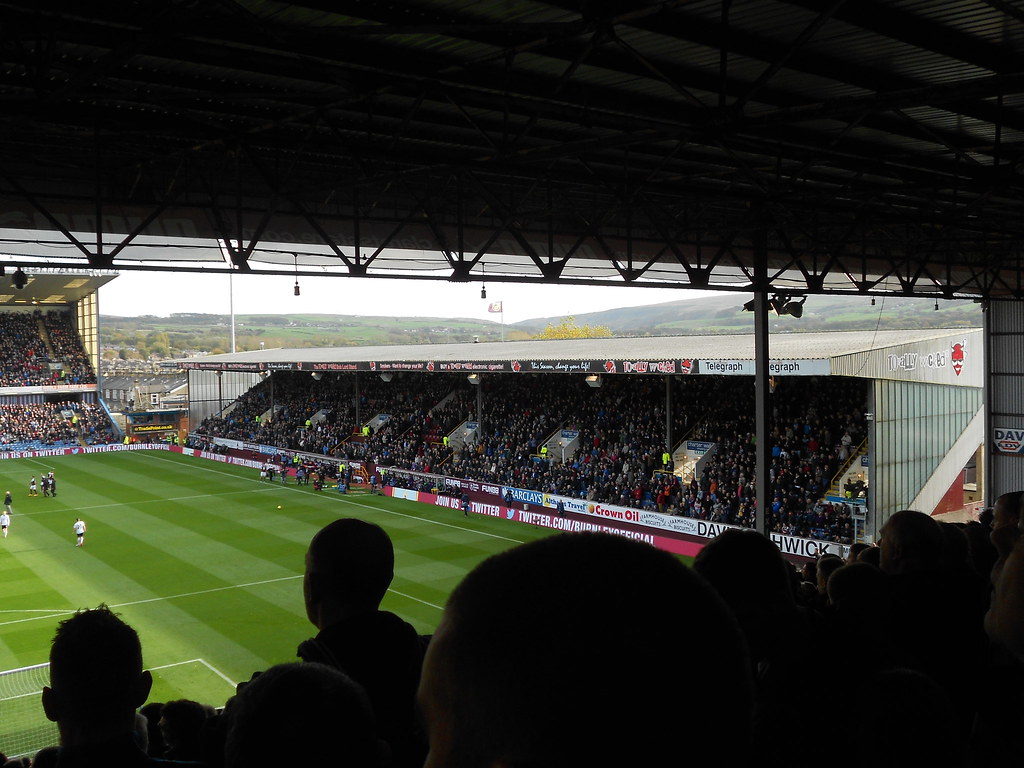 It’s now become an accepted norm that the better atmospheres in the Premier League these days come at the promoted clubs, so no exception here. We were dreadful, which is a shame as when we did sing, the acoustics in the away end were stunning. The roles were reversed on my second visit however, as we were excellent in the away end, while the home fans gave us nothing. 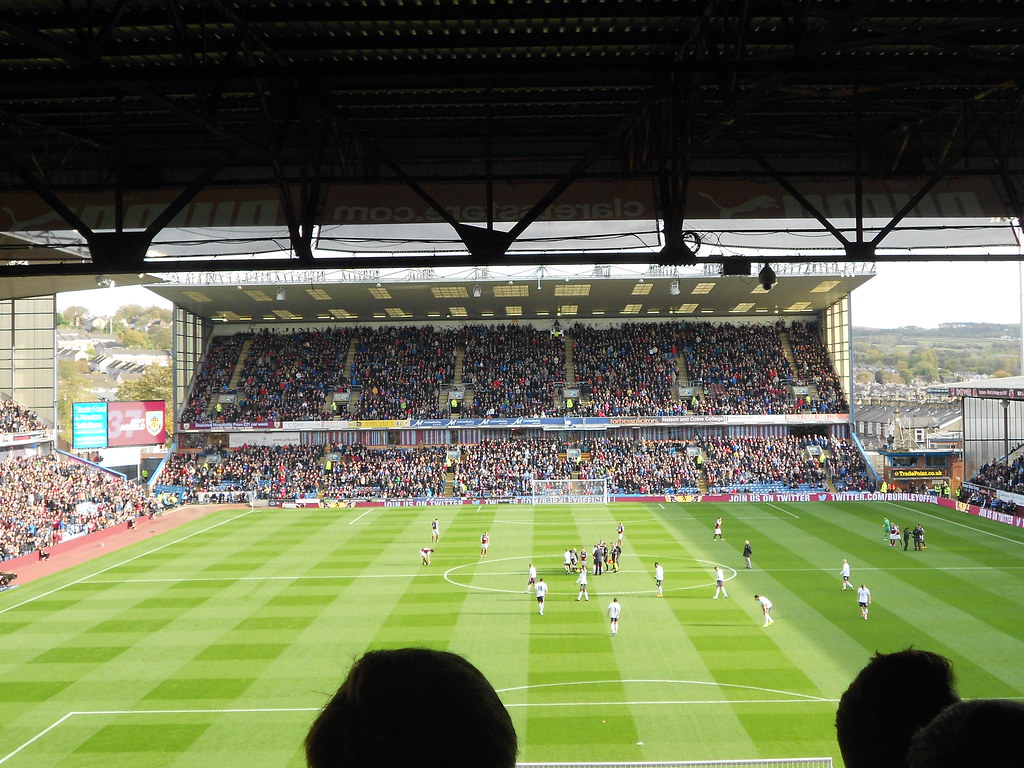 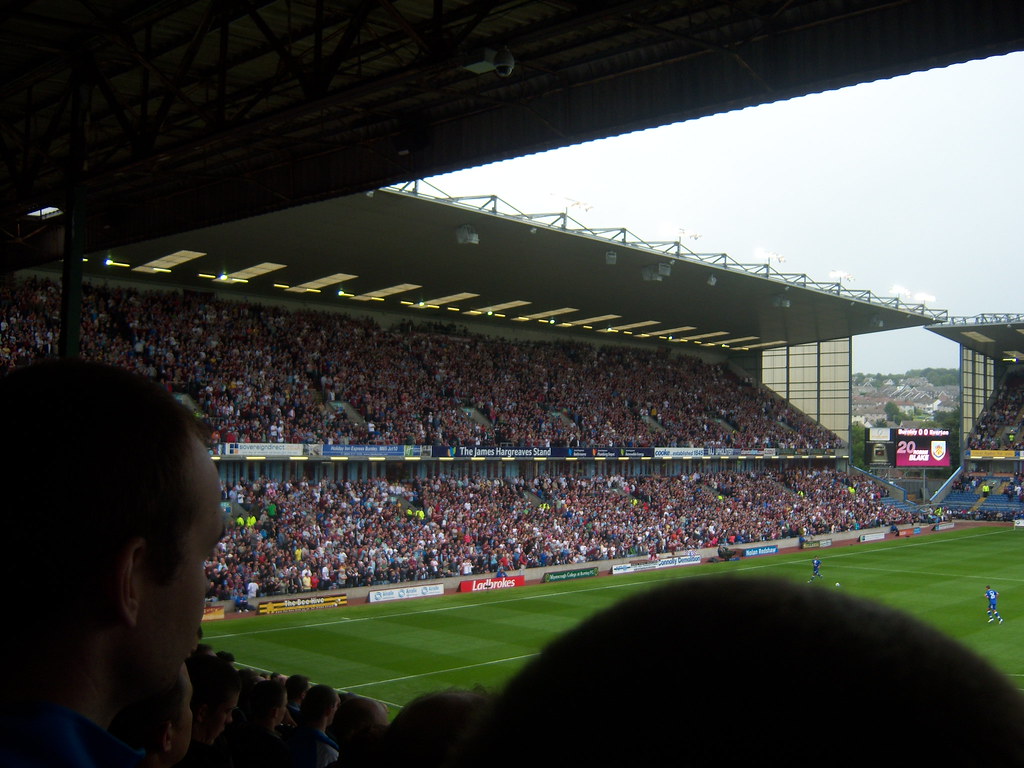 It’s a dump…but in the same category as Goodison and Sheffield Wednesday that its a good dump!
Turf Moor Photos
Posted by Unknown at 07:18