Got the coach here on all occasions. Understandable given that all four were midweek matches! Being so close to the site of the Emirates though, the matchday routine around the ground hasn’t changed much at all. 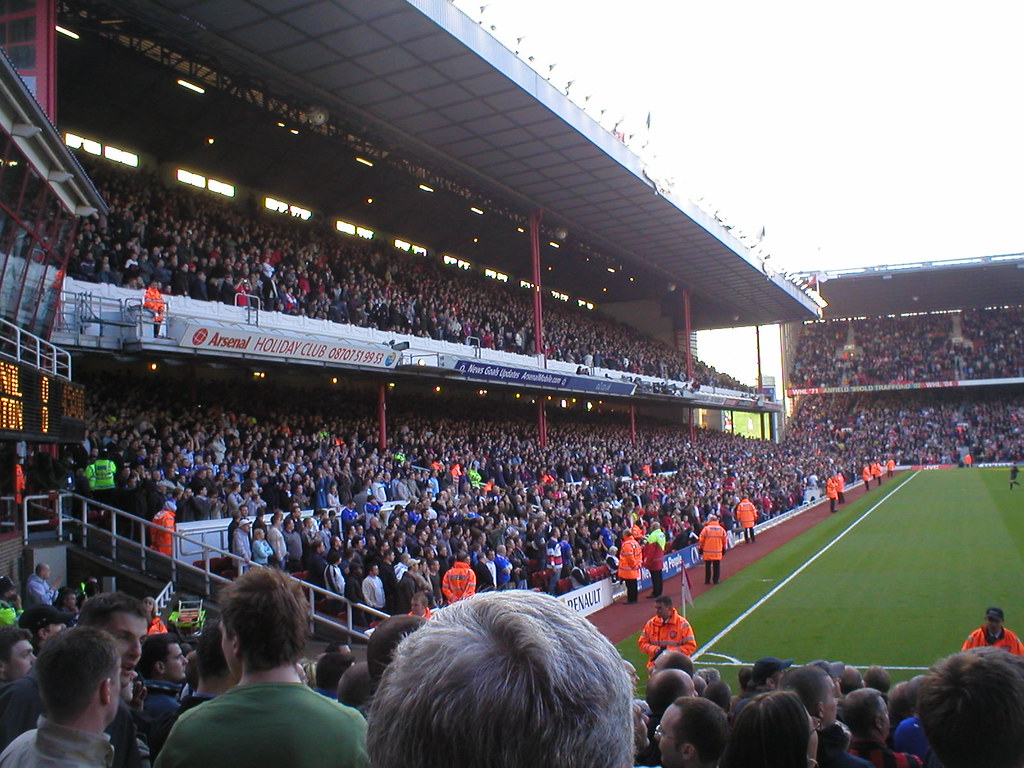 Same old same old inside the ground. Outside, there were the few usual takeaways and things, and of course the Drayton Arms was always packed with away fans on all four visits! Favourite moment in there has to be my mate at the League Cup Semi Final going mad over the choice of music, as someone put Rod Stewart on the jukebox! 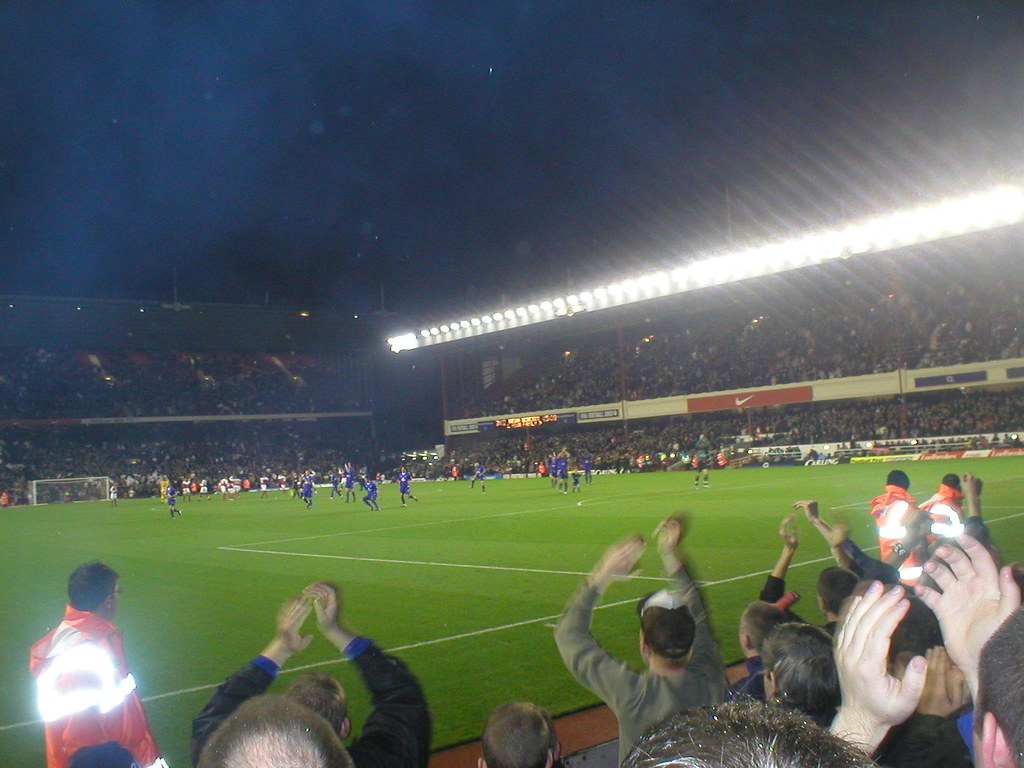 Aaah the old Clock End…it wasn’t pleasant! Stupidly shallow, to the extent that the furthest back I ever sat was row 16, and was still below the crossbar stood up! The stewards were never the friendliest ever, with several ejections on all visits, and the fact that the roof was so high up, if it rained, you got wet! 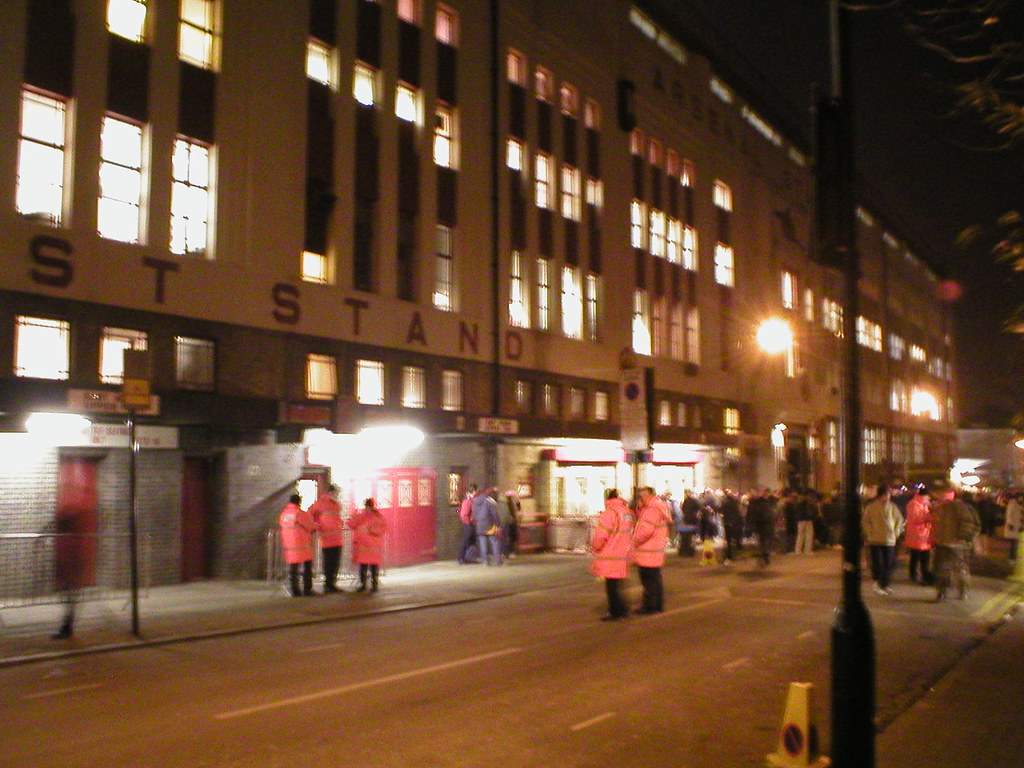 Always dire from the Arsenal fans, which says a lot considering I was there to see them win 7-0! Atmosphere was always hard to get going in the away end too as I said with the roof being so high. Was absolutely awesome at the League Cup Semi Final though, even with the stand half empty. 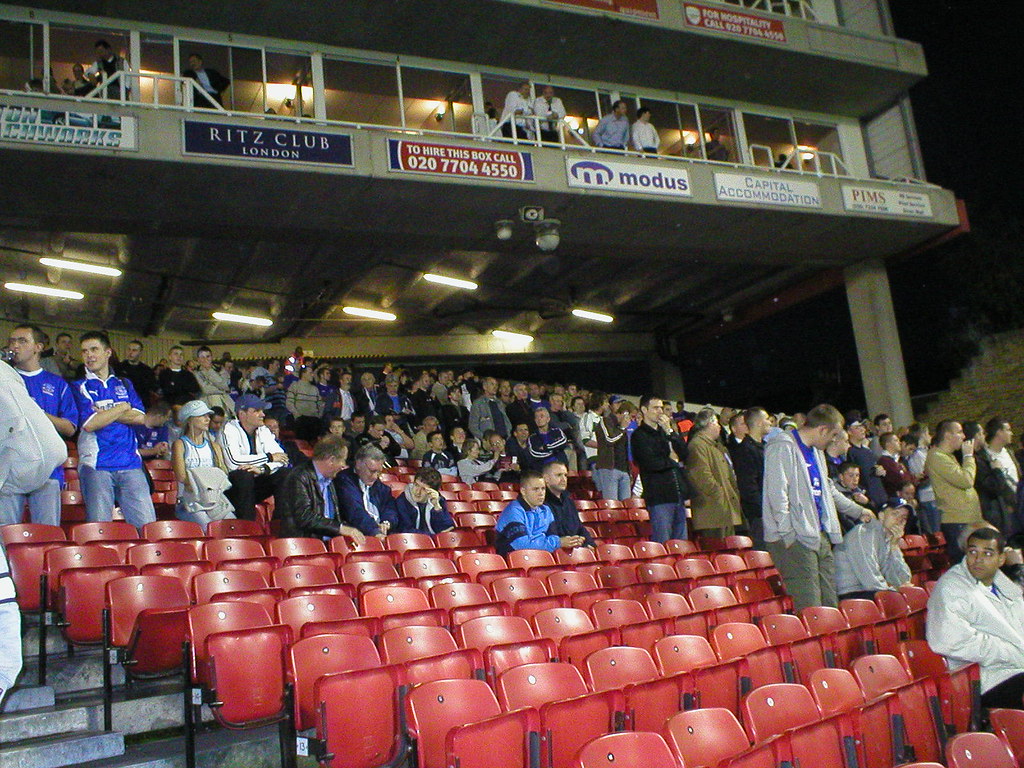 The away section of the Clock End pre match, 2005

One of my favourite ever moments at the match. At the Semi Final game, after Arsenal went ahead in extra time, a bloke in one of the boxes above the away end came out and started gloating. He had a big thick wooly jumper on, which resulted in all the Wigan fans singing ‘Did your granny knit you that’ at him! Even better was his vanishing act once Wigan won, prompting us all to start singing ‘Bring out the jumper!’
Has to be said, even though Wigan have never come close to eclipsing Everton in my heart, that night at Highbury was one of my all time favourite football memories. Row 10, in line with the penalty spot, caught on camera going bananas when Mike Pollitt saved a first half penalty, and right behind Manuel Almunia when the ball rolled through his legs in the 119th minute. No matter what happens, that moment will never leave me. It was made all the more bizarre by the fact I was so low down, once Kavanagh whacked the ball forward, I lost sight of Roberts and Campbell behind Almunia, so I was bouncing around everywhere trying to see the ball…only to then see it reappear between Almunia’s legs and roll into the net for the vital away goal to send Wigan to their first major Cup Final! What a night…and to think I hadn’t planned on going at all, but once Wigan won the first leg 1-0, I felt it was the chance of a lifetime! I wasn’t wrong! 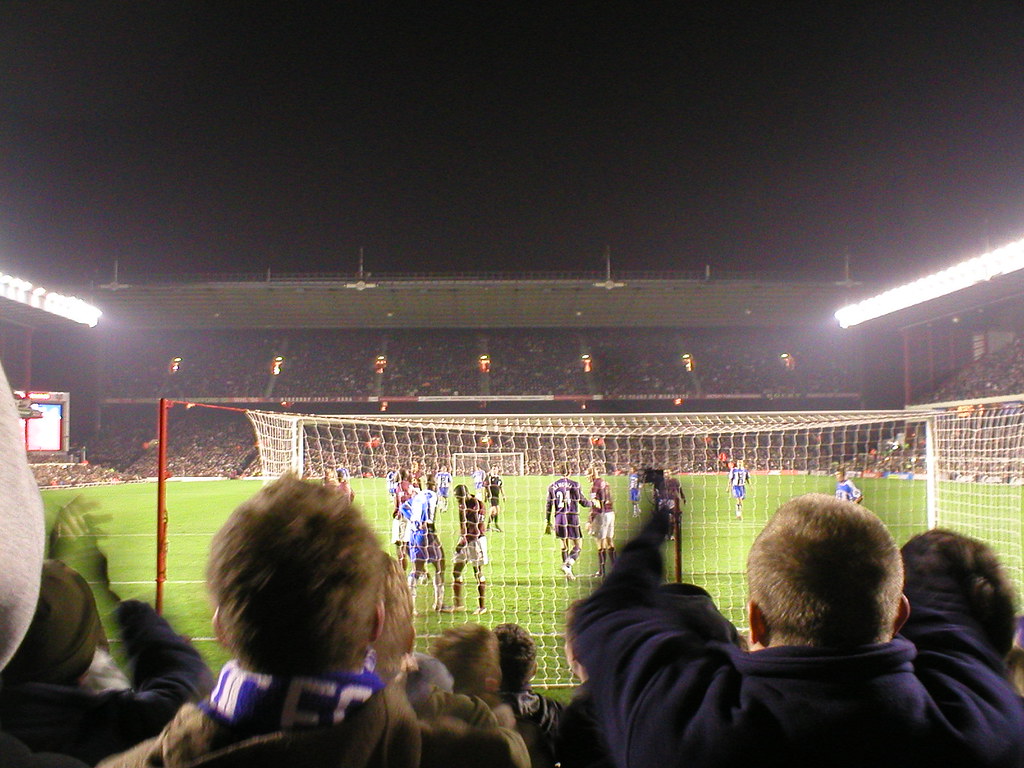 Looking towards the North Bank in the last ever League Cup tie at Highbury, 2006

It was never my favourite ground, lost on every visit (though the League Cup game was an aggregate win) it was always cold and wet and generally an unpleasant experience!
Highbury/ Emirates Stadium Photos
Posted by Unknown at 05:54