DON’T PARK AT THE GROUND! I did it once, cost a fiver, right next to the ground, but took well over an hour just to get out of the car park, then just as long sitting in traffic to get away from there! Trust me on this one, Google Map Dicconson Lane, the B5239, it’s just away from the ground, past the M61 junction and left, then right, it’s a tiny little road that heads back through Westhoughton to Wigan town centre. It’s free to park there, and it’s right opposite the only pub within miles of the ground that the GMP will let us in, the Royal Oak on Chorley Road. It’s longer to walk, but trust me, you’ll thank me! 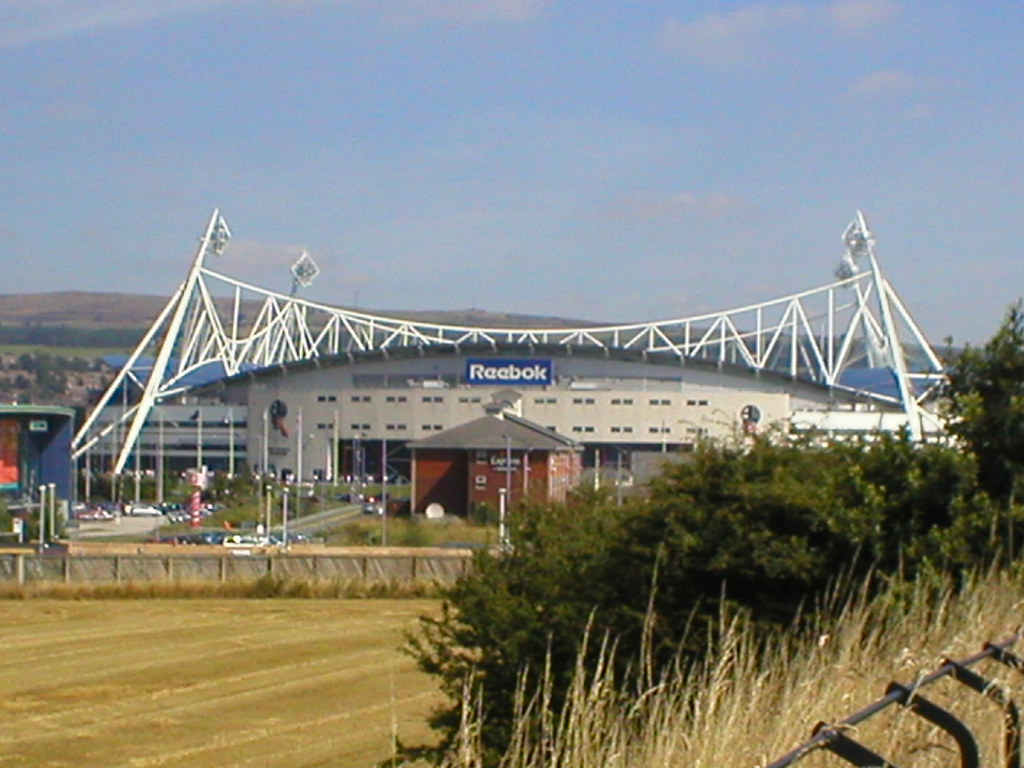 Reebok exterior, from the walk down, 2005

The above mentioned Royal Oak does carveries, so a lot of our fans tend to just do that! The ground is right next to a retail park, but it is the home of the slowest McDonalds in existence…and it’s got some stiff competition… 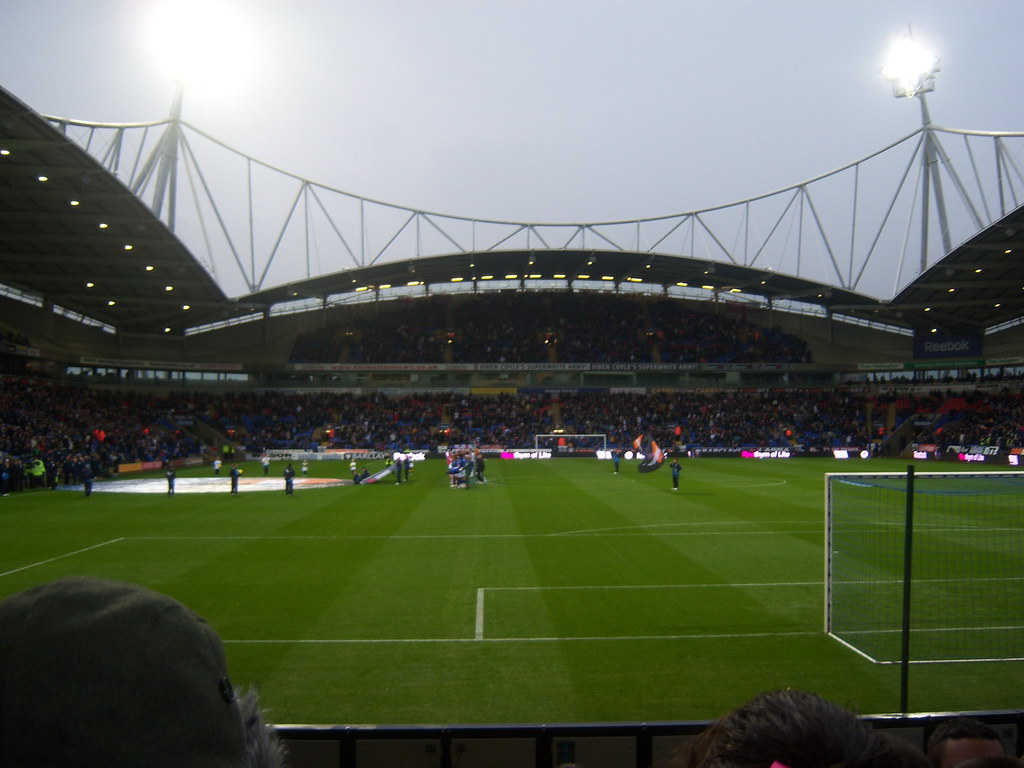 I usually sit in the upper tier, but Im not a fan as its very steep. Flawless view of course, but too steep and feels too far from the action. The lower has no worse views (unless you’re at the front obviously!) and is a fair bit cheaper. 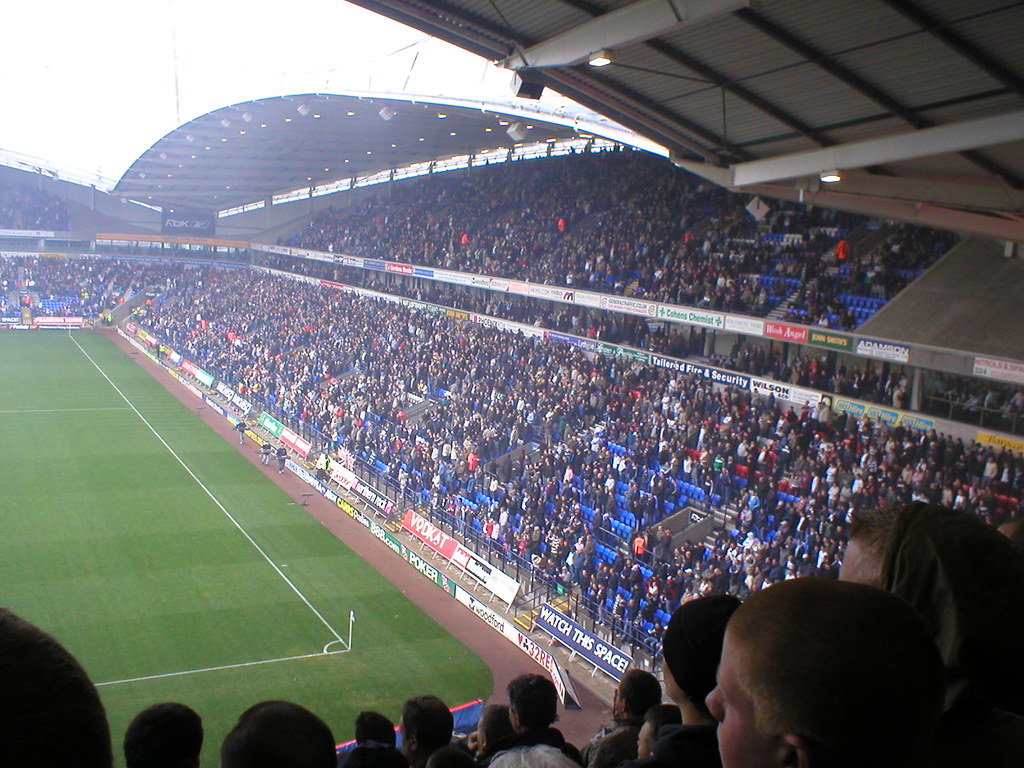 Grim…everything that is bad about modern football. They have morons with flags who run the length of the pitch and play music after goals…it’s bad, it’s really bad… 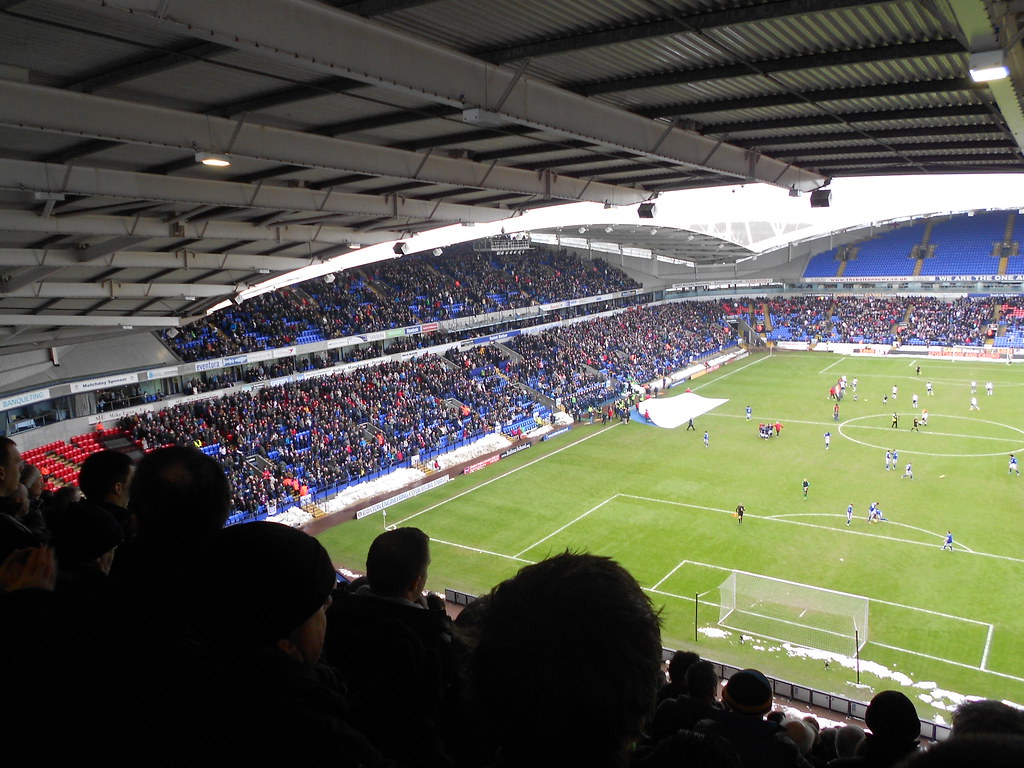 One of my favourite bits of banter in my first visit here. There was a fat kid next to the away gesturing insanely at us, so a load of our fans started miming eating pies and rubbing their bellies! Very immature, but this kid was getting really annoyed and irate over it!

I hate it, it’s only bonus is that it’s nearby but it’s really the land that time forgot!
Reebok Stadium Photos
Posted by Unknown at 11:38