Been by coach 3 times, train the rest. Coach is a pain and takes forever, the train is great, if just because you get that treat of walking through Bishop’s Park alongside the Thames on a lovely summer day! It’s about 20 minutes, but you can’t help but enjoy it! Easily the most picturesque ground in the Premiership.  Alternatively if you dont want to get off at Putney Bridge and do that, you can get off at Hammersmith and pass plenty more pubs and feeding places! 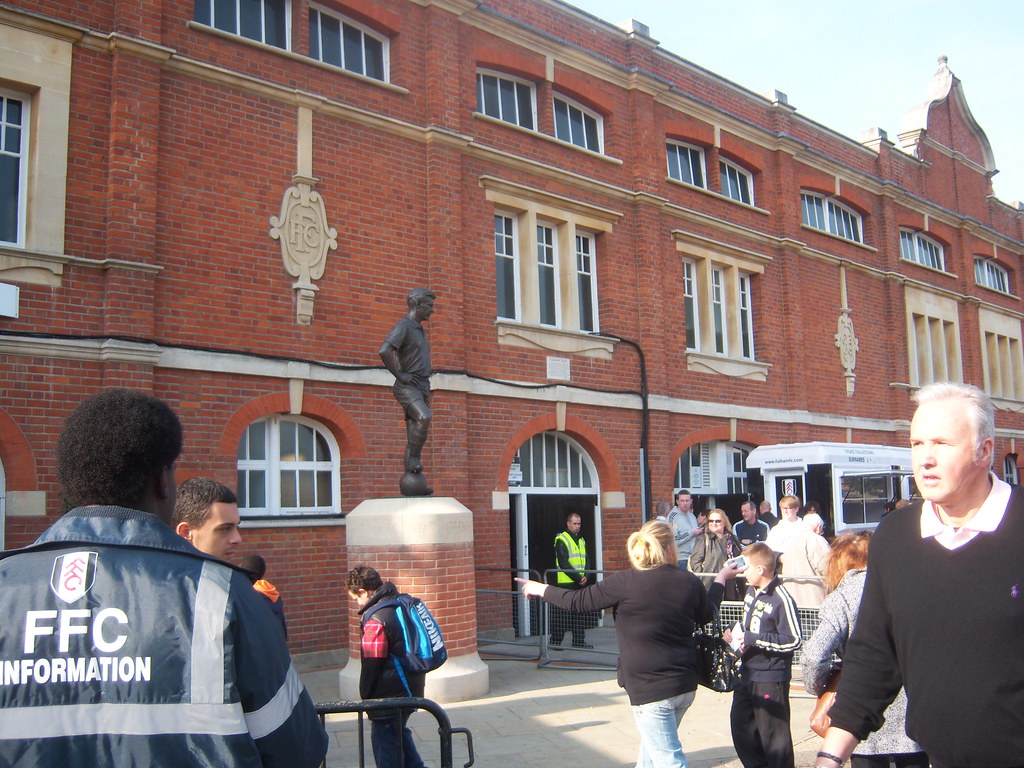 There was a lovely chippy on the main road, as you come out Putney Bridge station and head away from the ground. Good curry, and even better gravy, as they made it fresh. Also plenty of pubs around the station too. As mentioned above too, endless choices if you walk from Hammersmith. There is a brilliant Nando's rip off that is cheaper and better on this walk called Roosters, so theres my recommendation! 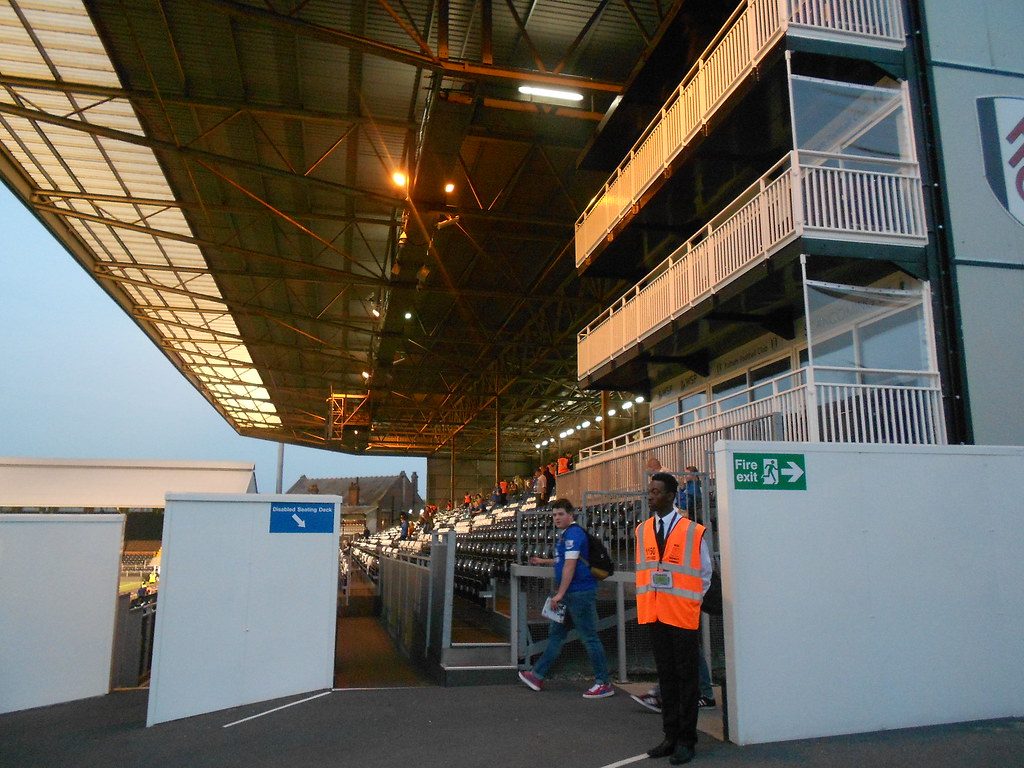 Let's just say it’s a ground that is made for lovely spring and summer days! All of the food outlets and toilets andstuff are outside, so while that is brilliant on a day like the last day of the season in 2009, it is not so nice on a horrible windy drizzly day when you have no shelter. Another plus is that they have blokes walking round selling food and drinks from packs on their backs, and it kills a hell of a lot of queuing time. From the seats, the ground is brilliant to look at. Proper old school Johnny Haynes Stevenage Road Stand, and the three modern stands are all very different and with brilliant acoustics. 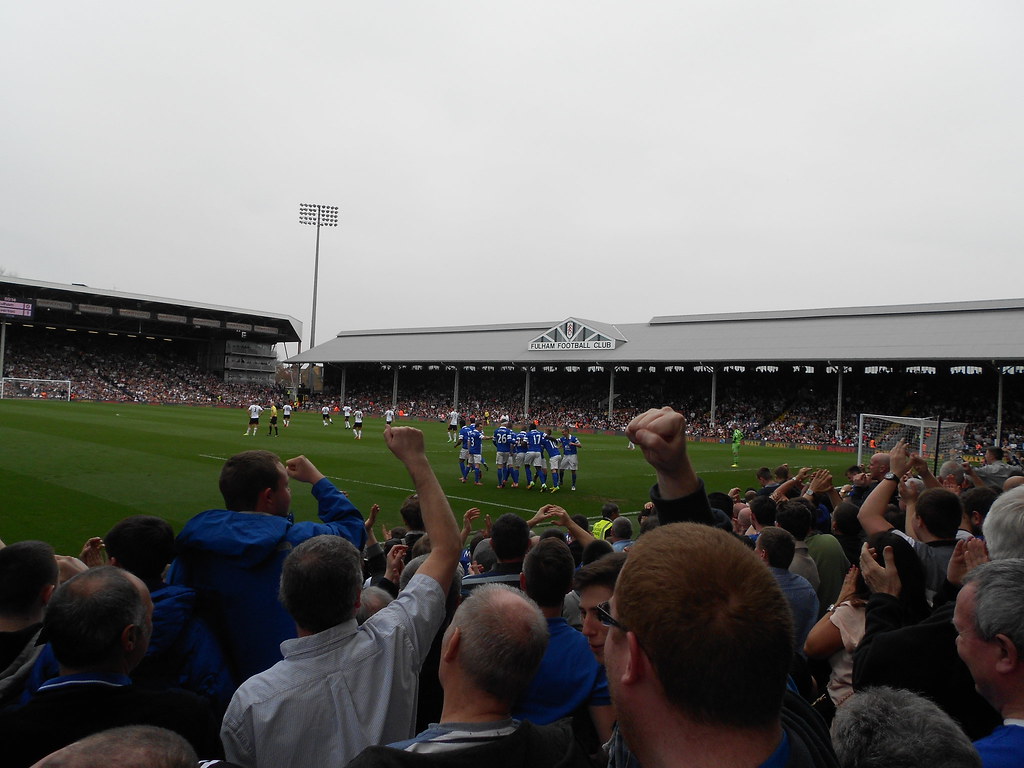 Celebrating a crucial Blues goal with the Stevenage Road Stand in the background, 2014

As above, the acoustics are unbelievable. It helps that the stands are also made out of weird hardboard stuff which seems to bounce the sound around, as well of course of making a hell of a lot of noise when you stamp your feet. The home fans arent the best, but there is a little crew in the Hammersmith End who give it some. To be fair to Fulham, the atmosphere was direand the ground half empty on my first visit, but they have really grown and improved in the last few years. We regularly sell out there, as well as taking up most of the neutral end so it’s usually a great atmosphere from us too, even though we always lose there! 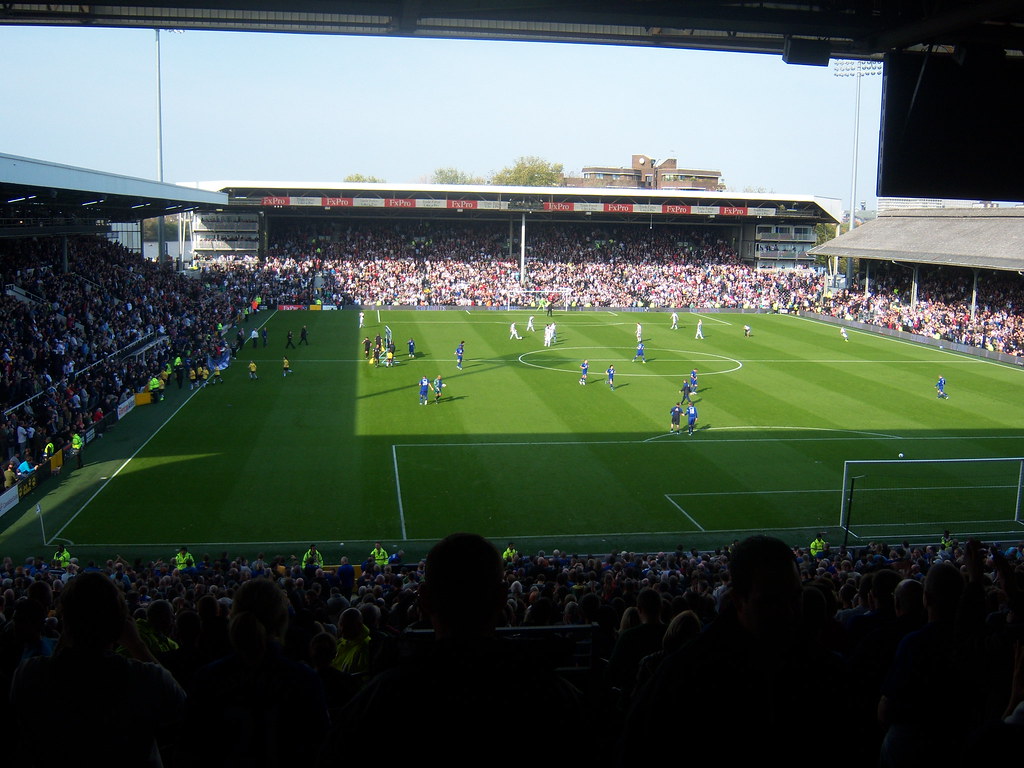 Looking towards the Hammersmith End, 2011

Probably the only ground in this country where a completely neutral end could work and be a roaring success. It’s so strange being inside the away end at a ground and mixing with opposition fans, but Fulham are so placid and easy going, it works for them. Though it is pretty grim actually sitting in the neutral section, as you just dont know what kind of weirdos you’re sitting with…we sat in there once, after I’d already sold my tickets thinking I couldn’t go…we were sat around tourists, an odd lesbian couple and a load of oddballs who seemed to have no grasp on football and what it was they were watching!
They also play Town Called Hypocrisy when the teams walk out for the second half, so there is very much an awesomeness about Craven Cottage! 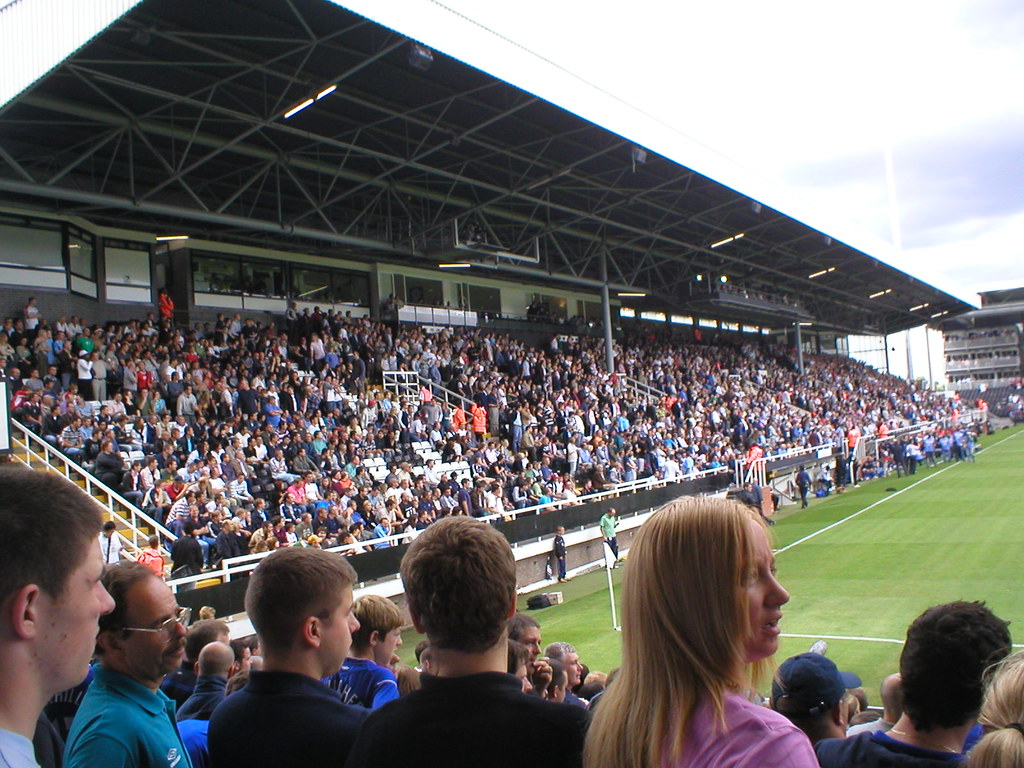 Boss little ground, pain to get to and we always lose, (though we've thankfully corrected that now!) but it’s always a hell of a day, especially if you’re lucky enough to go there on a nice day!
Craven Cottage Photos
Posted by Unknown at 08:05