Driving to South Yorkshire from this end is an utter pain! Traffic passing Manchester, the endless winding wilderness of the Snake Pass, a pain! Parking isnt easy either, with Bramall Lane being close to the city centre. So I took some advice to park at Meadowhall Shopping Centre outside the city and take the tram in, getting off at the Cathedral and walking the rest of the way. 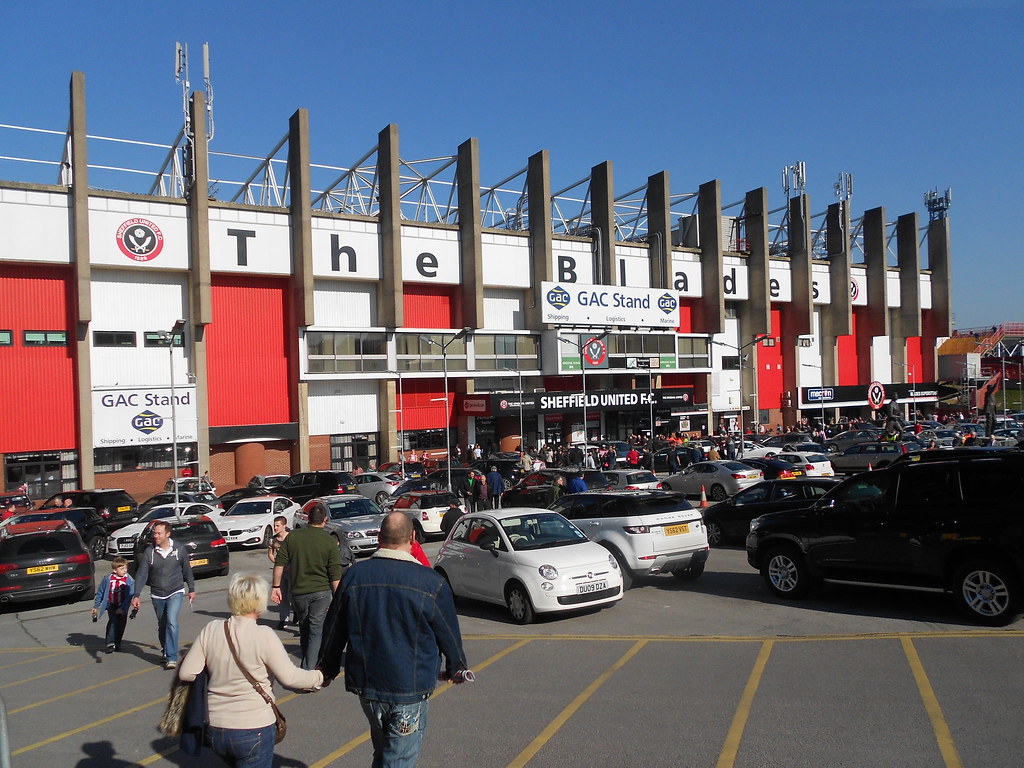 If you’re coming from the city centre, there is plenty of choice. The couple of pubs near the ground are usually home fans only. 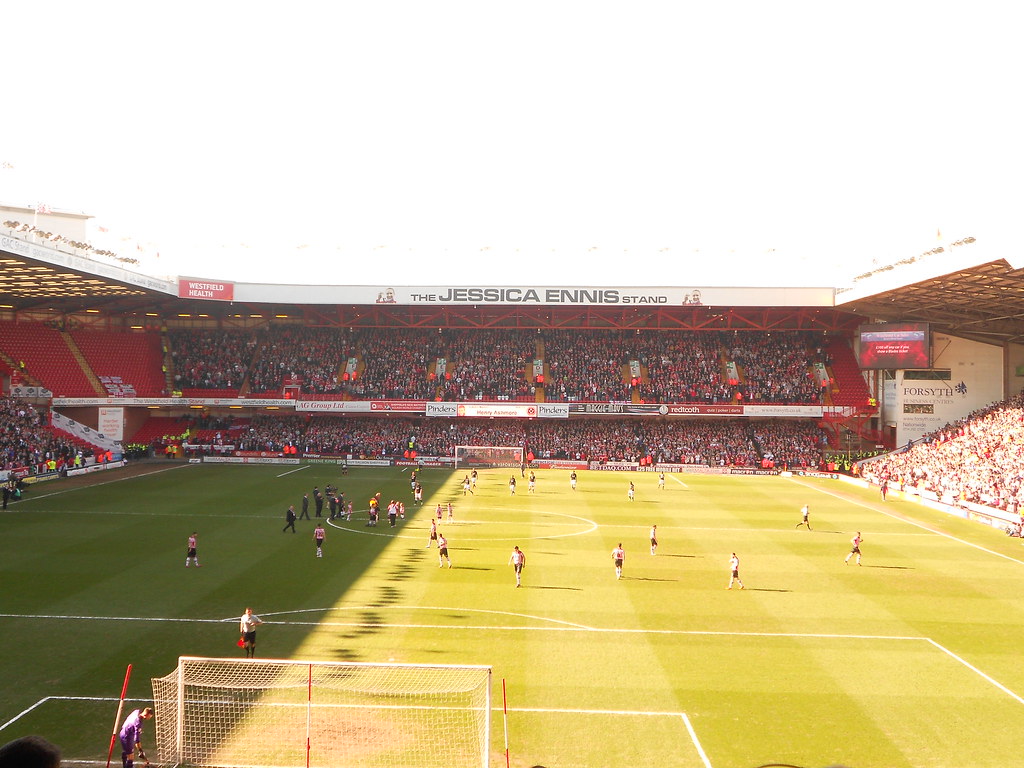 One of those rare grounds these days that has a lot of history, but has been redeveloped to a good modern standard, but still manages to retain its sense of history and grandeur. All four stands are a good size and views are perfect all around, with the exception of two pillars in the Kop (which I think are due to be gone soon anyway with that stand being redeveloped soon) The away end is excellent underneath, really spacious and well run, also selling bottled beer so no queues! 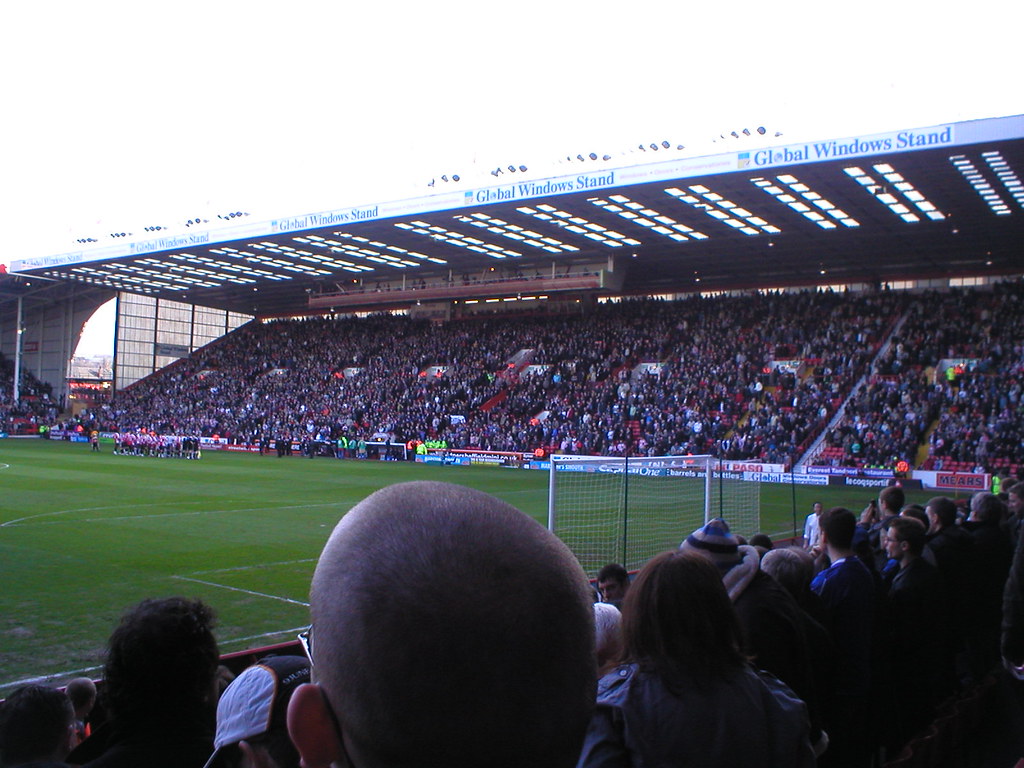 I was expecting a bit more if I’m honest, but it only really got going once United led. Our following was very good (and very aggressive given the referee’s performance!) on the day, and in United’s defence, their Annie’s Song anthem sang just after half time will make the hair on the back of your neck stand up. None of this singing along to a record over the tannoy rubbish, they sing it and its brilliant, one of the best anthems in football. Went back a few years later and sat in the home end for an FA Cup Quarter Final and it was easily one of the noisiest grounds Ive been in. 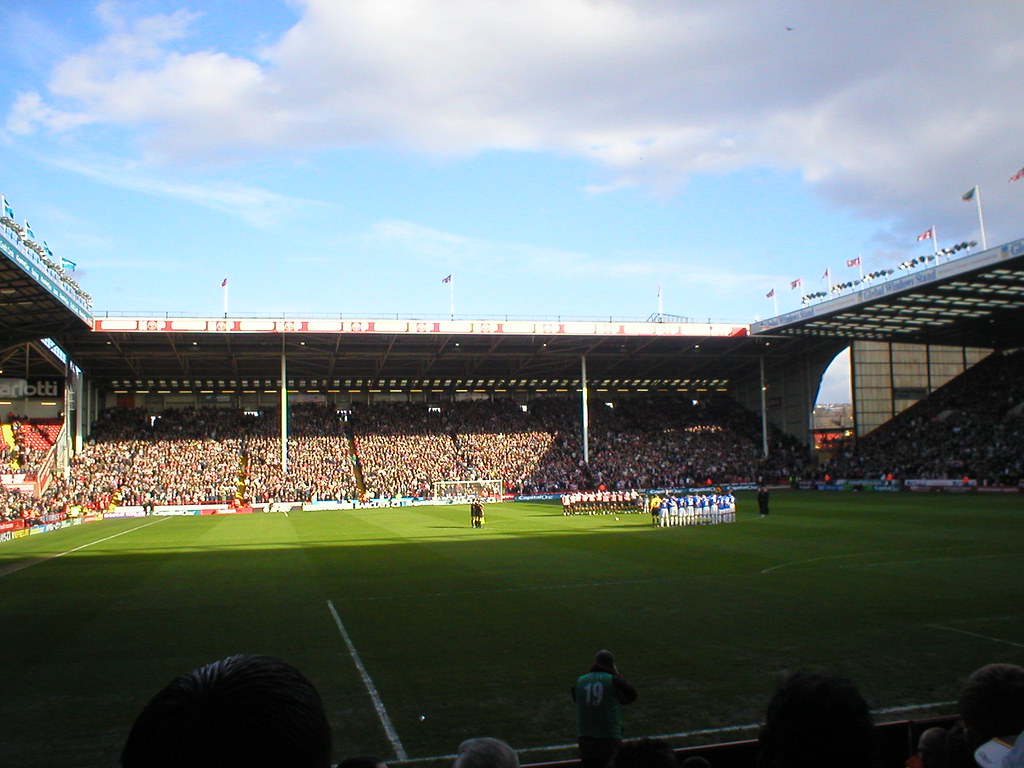 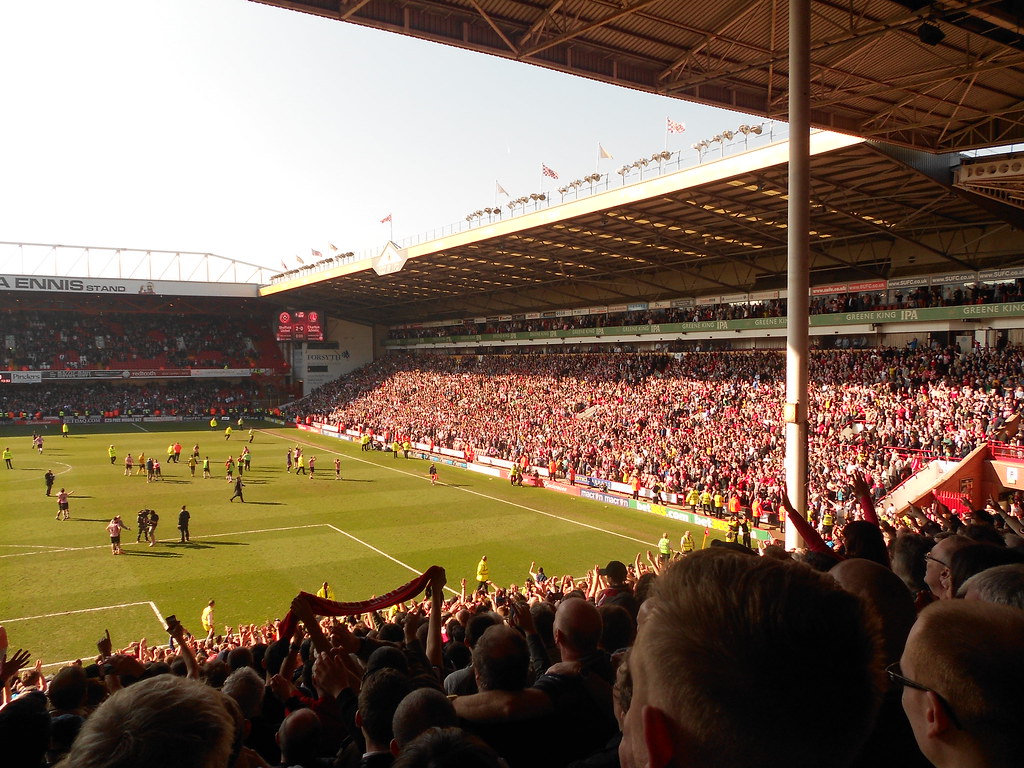 The John Street Stand celebrates the Blades getting to Wembley, 2014

Excellent, one of my favourites. Has an air of hostility about the place, which I think is always welcome in some form.
Bramall Lane Photos
Posted by Unknown at 13:00