Have used the coach and the train. One of the better grounds for using the train, Fulham Broadway is literally a few yards away, or you can go a bit further and use West Brompton to avoid some of the crowds after a game. 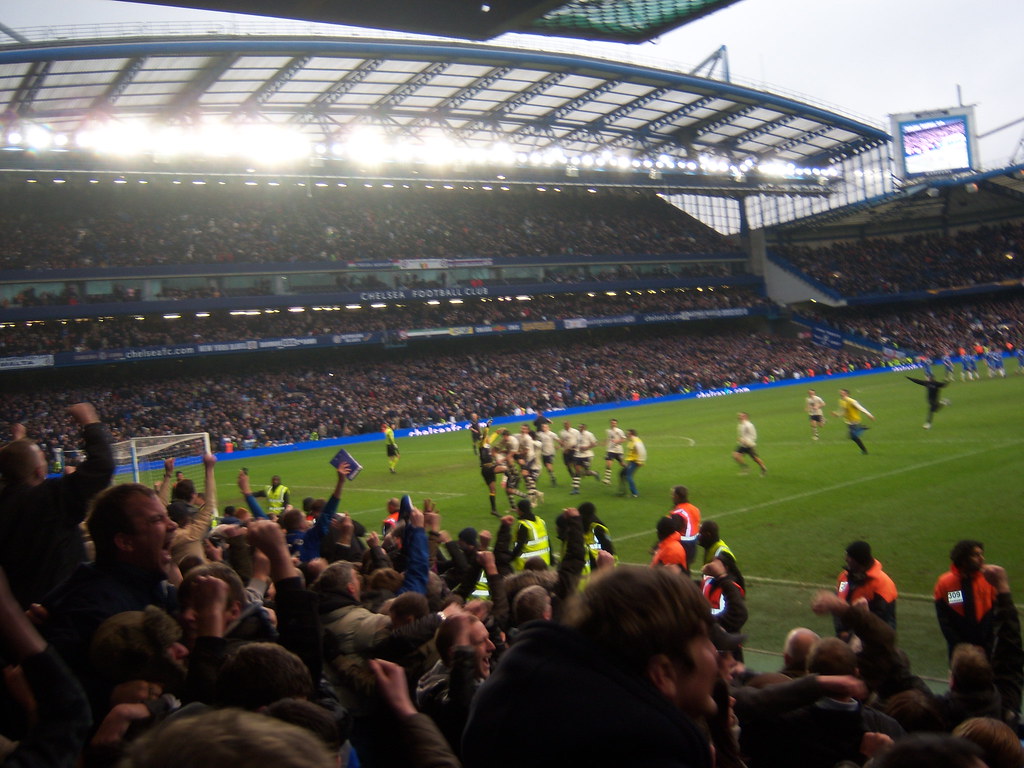 The West Stand, as we celebrate a penalty shootout win in 2011

The Slug and Lettuce is the away pub, but gets quite busy. A lot of the other pubs seem to be home fans only. Plenty of eating places, though some probably out of the financial reach of your average Premiership fan, especially if they’ve just paid £48 for a ticket in the away end! 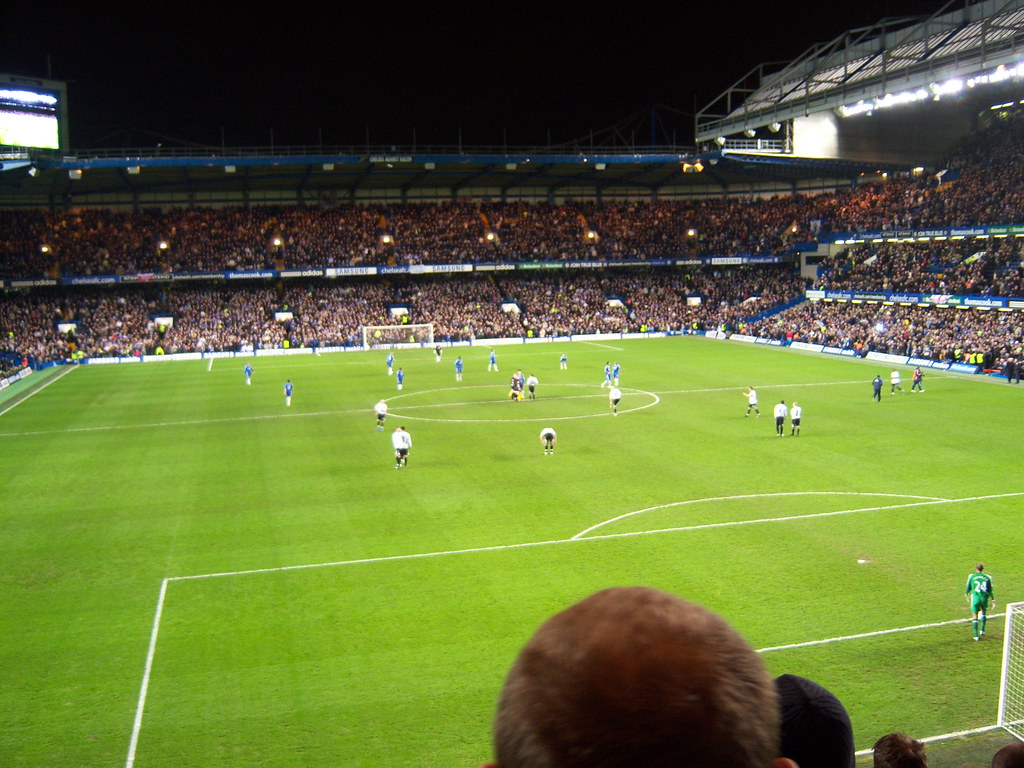 The Matthew Harding Stand for a League Cup semi final, 2008

The stewards are sound, plenty of space to get a drink and something to eat without a crush, big screens with live scores, and flawless view from the upper. Horrific legroom though The lower is not quite as good as the upper…the facilities are much poorer (and be aware they dont sell beer in the lower as the kiosks are in view of the pitch…) and its shallow. If the price jump isnt too great, the upper is by far the better of the two. 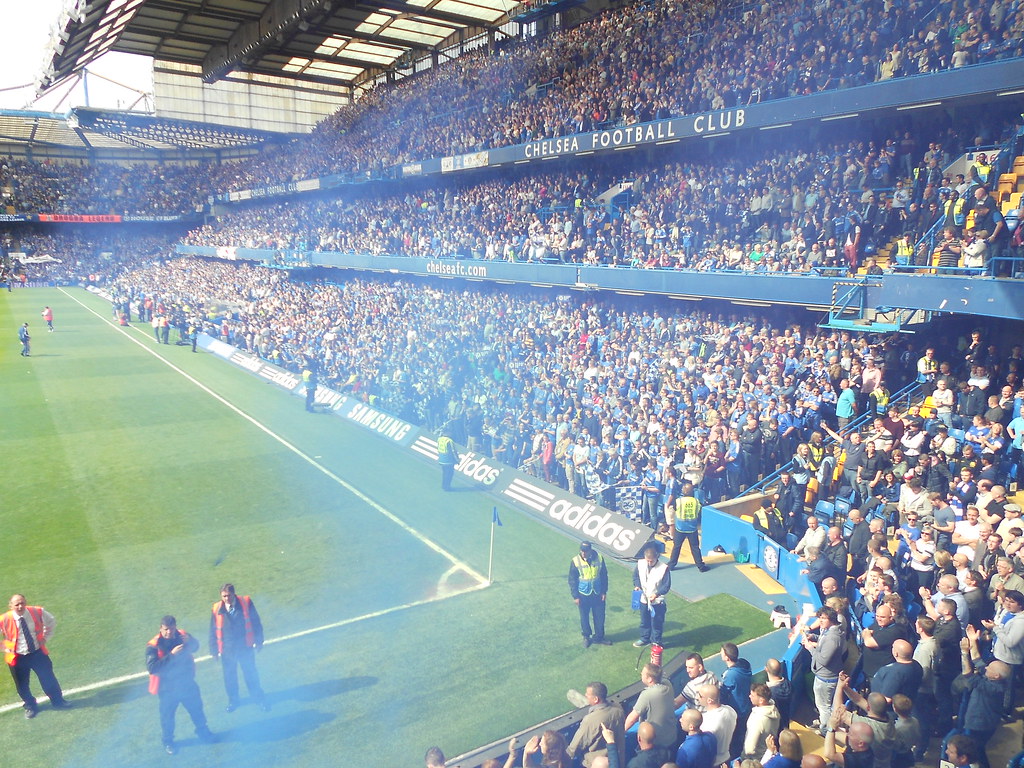 Not bad. Chelsea have this prawn sandwich reputation, but the atmosphere is decent. Maybe it helps that a lot of the old heads sit in the home section of the Shed so there’s plenty of abuse being shouted across! With that in mind, it was dreadful from the home fans when we were given the full end for the League Cup semi, and the FA Cup replay. 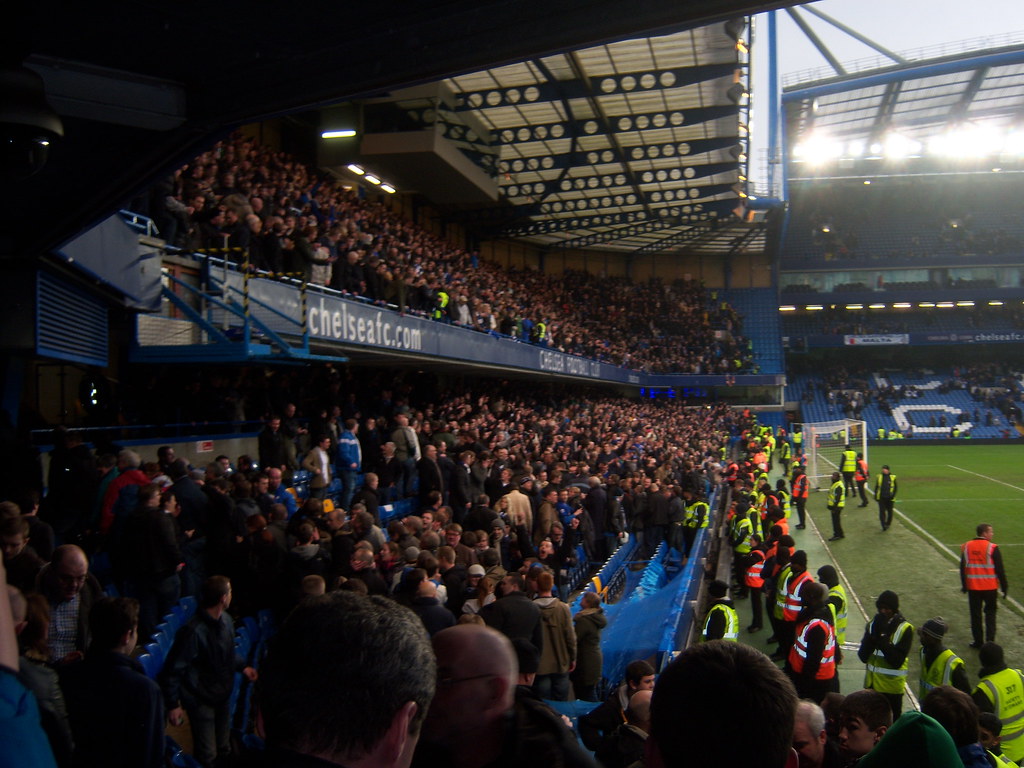 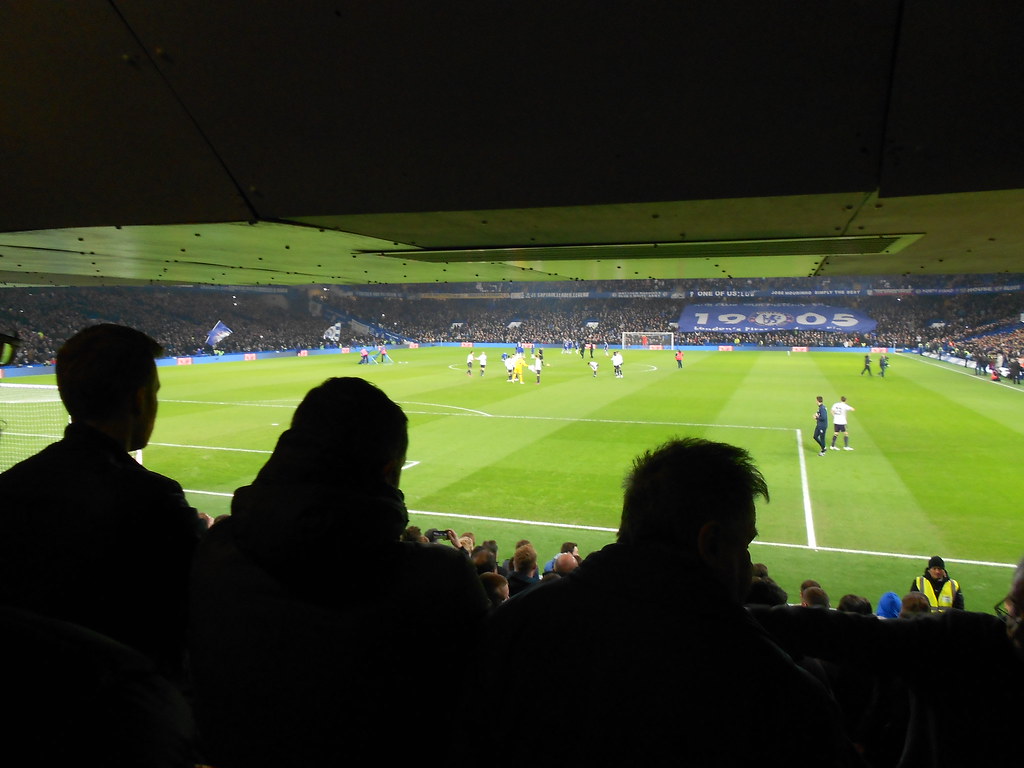 Pretty decent all round, just a bit pricey and we haven’t won there in years in the League.
Stamford Bridge Photos
Posted by Unknown at 08:37