After travelling by coach to both the FA Trophy Final and my first 2 official visits to Villa Park, I have drove on the last few occasions, and never had a problem. We had always parked just off junction 6 of the M6 at a PowerLeague place. It’s a fair walk to the ground from there but an absolute dream getting out after the match! Last season, due to roadworks or some other rubbish, Villa advised all travelling fans to park at Perry Barr dog track. This was a bit more of a pain getting out, but as far as cost and distance from the ground went, no worse than the PowerLeague place really. 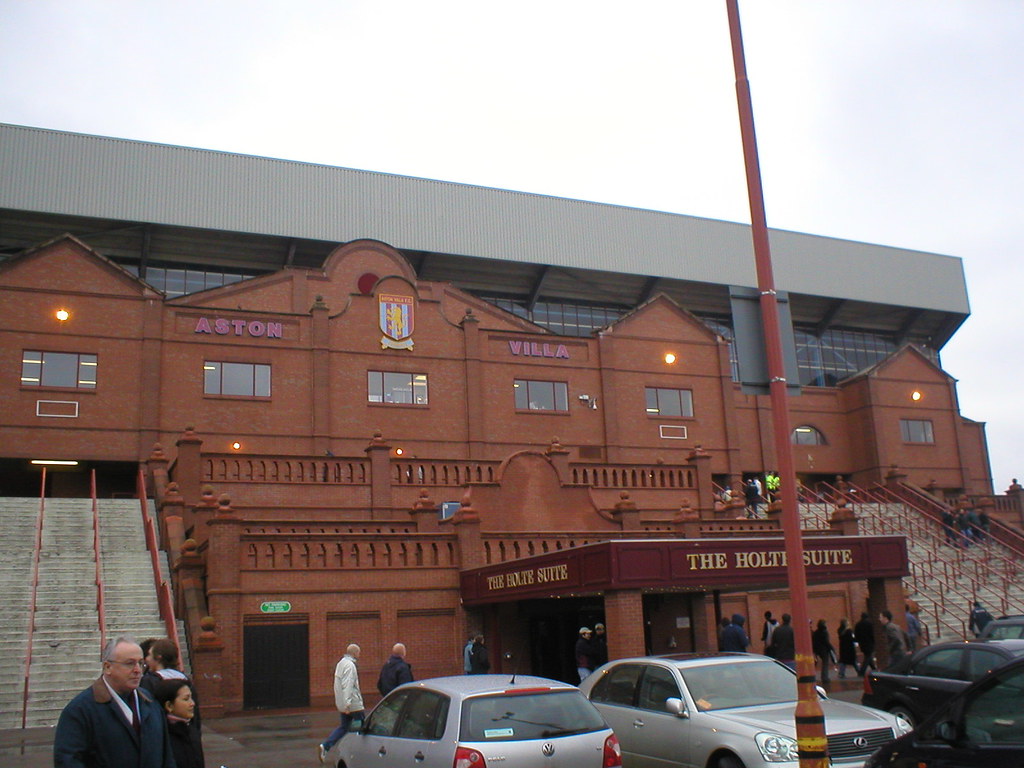 The only pub near the ground that really accepts away fans is the Cap and Gown, on the roundabout towards Witton Station. All very well, but they now charge a stupid amount to get in, and as it’s so small inside, they generally dont let anyone in once its full (which doesnt take long). Most instead tend to just go to the off license next door and stand around! Easier said than done as the local police have got more and more over the top with each visit. Couple of fast food places in this area too, though none especially stand out. 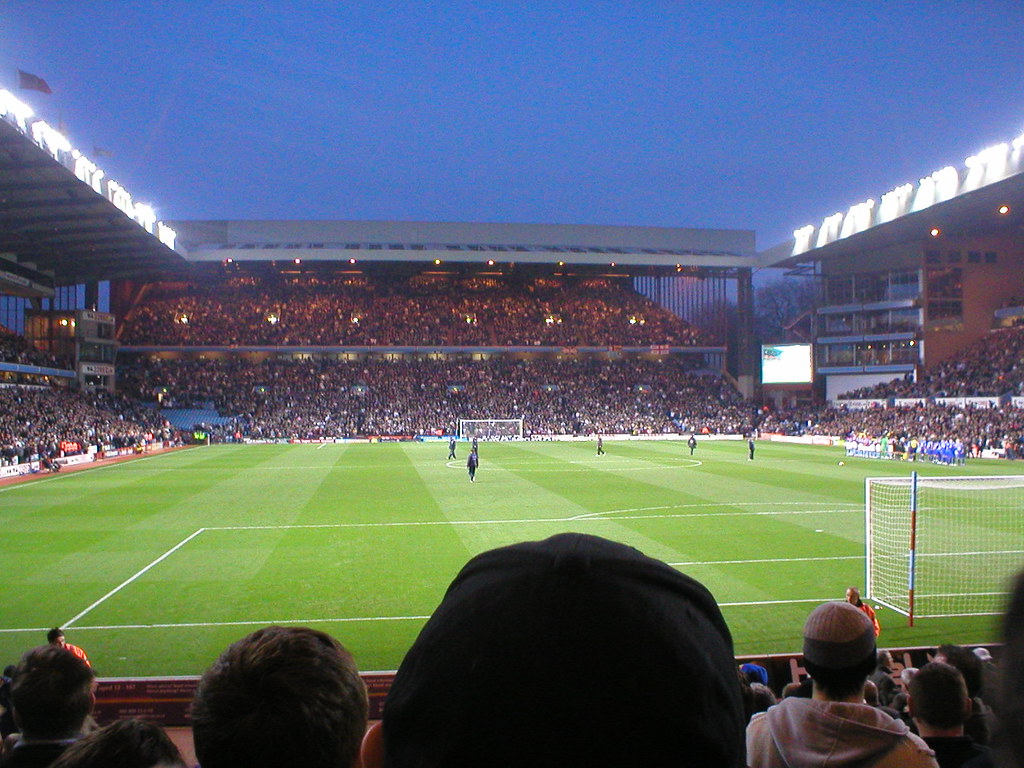 I never thought I could find many worse away ends in as good a ground as Villa Park than the old North Stand…then they moved us to the Witton Lane and its even worse! Despite it not having the best facilities in the world, in the North Stand you could get a great atmosphere going, and although it was tight and cramped in the seats, it certainly added to the atmosphere. There’s also nothing more special than getting back from the game to watch the goals on telly, and see a full end behind the goal going crazy, a la our 3-1 win in 2005!
In comparison, the Witton Lane is cramped, too steep in the top tier, not as good for making an atmosphere as the fans are split now, and absolutely no room to move as the stand is so small as it backs onto the road. It has also ran out of food and/ or drink both times Ive sat up there! They have one food outlet for a couple of thousand people, the toilets are absolutely ridiculous, and you quite simply can’t move. Also on my 2010 visit, there wasn’t a single steward in the end before the game telling people where their seats were! Never seen anything like that in my life, the Witton Lane Upper is an absolute embarassment of a Premier League away end. 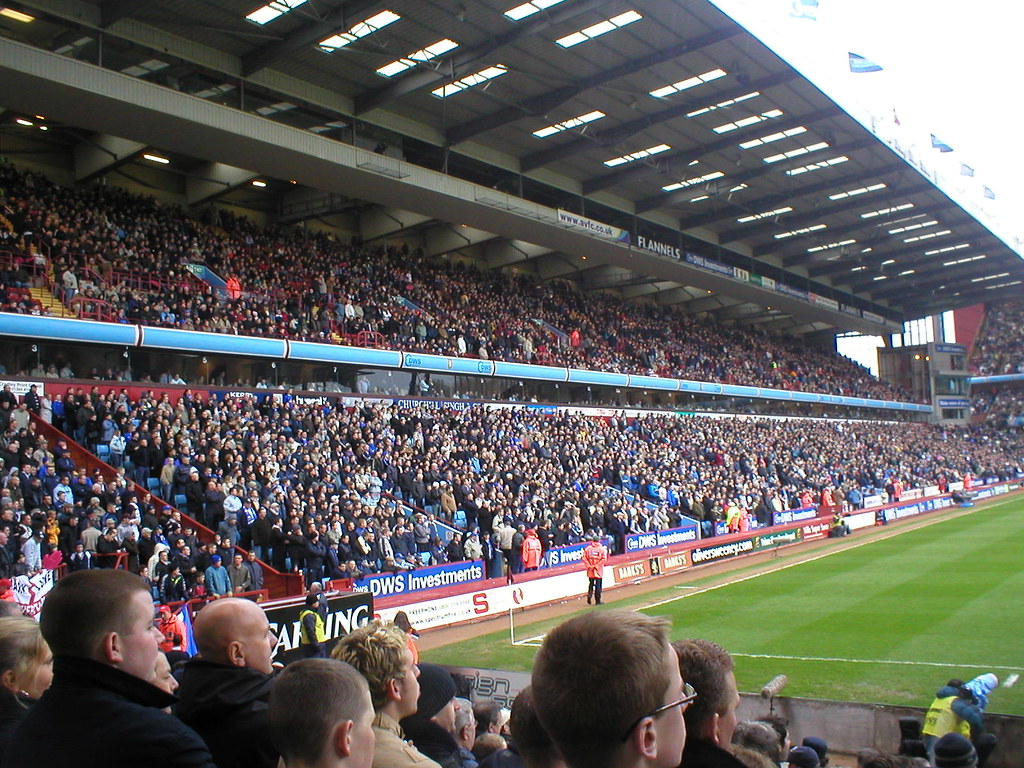 Home and away fans in the Witton Lane in 2005

It is generally quite poor from the Villa fans, though has improved from them since the away fans were moved from behind the goal. On the downside, it has also spoiled the away atmosphere, when it was always pretty decent when we were in the North Stand. 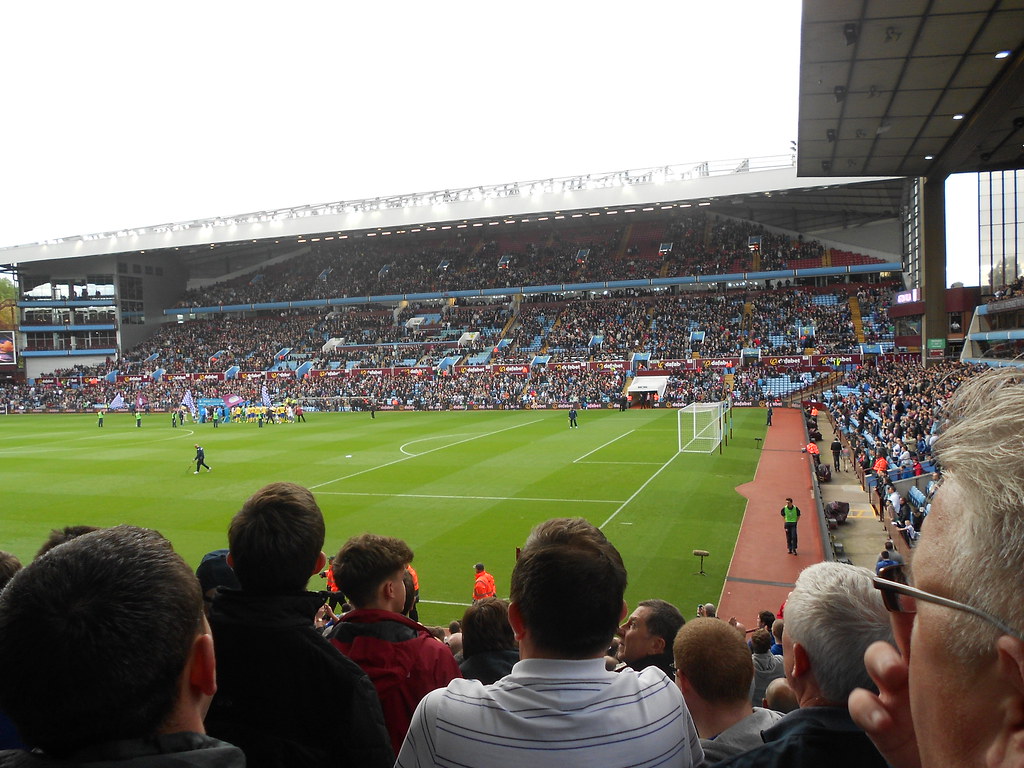 The Trinity Road Stand, from the Lower Witton lane, 2014

Mixed experiences on trips to Villa Park, but one of the most memorable for the wrong reasons was the Boxing Day game in 2005. We were embarrassing, and despite the fact the first goal shouldn’t have stood due to handball, we gave up once we went behind and 4-0 flattered us…disturbing when Villa were pretty poor themselves. One of the other reasons I miss sitting in the North Stand though, was due to the fact that the tunnel at Villa Park is right next to that corner. We’d lost 4-0 at West Brom a few weeks earlier and the players just walked off at the end without acknowledging the fans’ obvious displeasure. No such luck at Villa Park, as due to that tunnel being so close, they had the misfortune of being forced to face up to 4,000 freezing Evertonians apoplectic with rage that they had wasted their Boxing Day travelling down to watch this crap! Needless to say a fair few made their feelings known and the Villa stewards had a large clean up operation to do on that corner of the pitch… 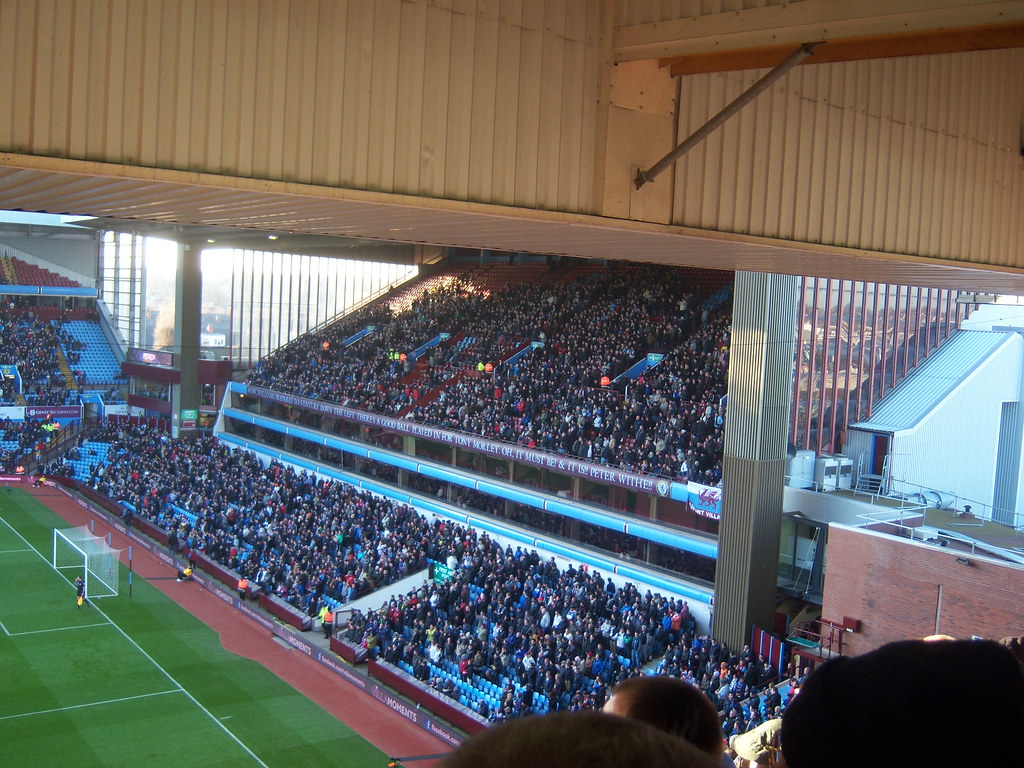 Villa Park used to be one of my favourite away days, but it has slowly got worse with each visit. No arguing its a classic ground, but for away fans, it is pretty unwelcoming thanks to silly over the top policing, and now an even worse away end!
Villa Park Photos
Posted by Unknown at 11:24