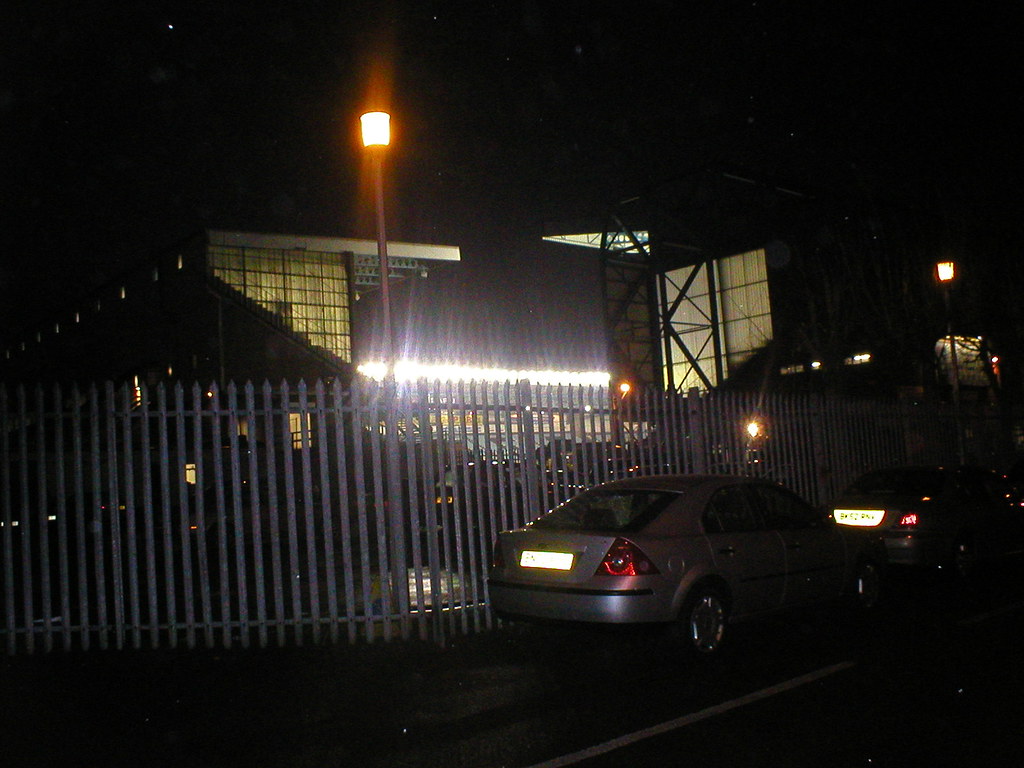 Ground exterior under the floodlights

It was snowing and freezing so never really had a look around outside. Inside though, they had a brilliant cosy little indoor refreshment area that had probably the best steak and kidney pie I’ve ever had! It probably wasn’t as nice as I remember, but for such a cold night, it hit the spot! 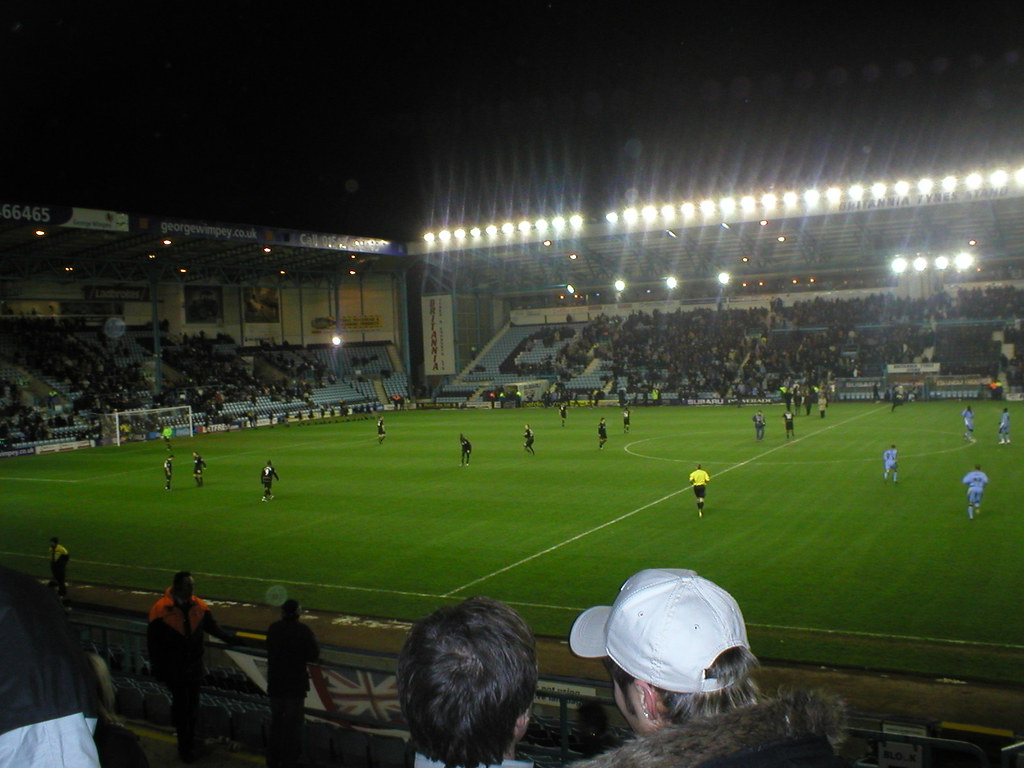 The Britannia Tyres and East Stands

The away end was one of the best around, along the side of the pitch, stunning acoustics, and raised up at the back, so the view was absolutely perfect. Proper football ground, it was old but it still managed to be a really good ground. 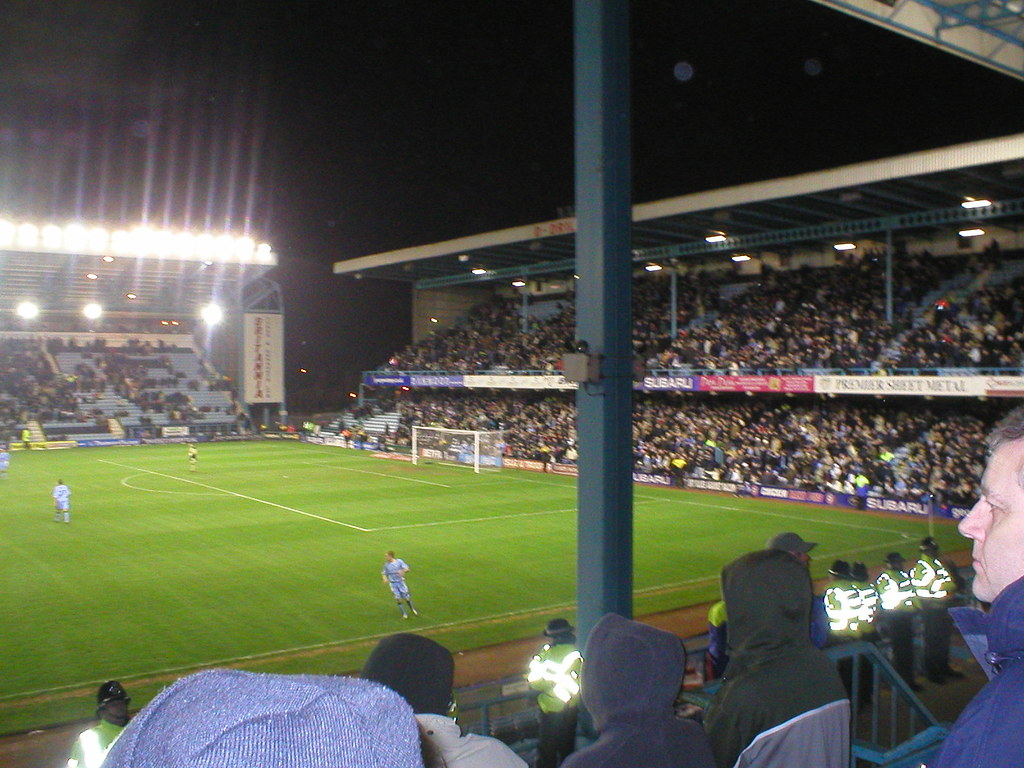 There were only 800 of us in the away end, but as they bunched us all together in one block, the atmosphere was really good. Coventry fans weren’t the best, but when they did get going, they could be pretty loud for such a small crowd. 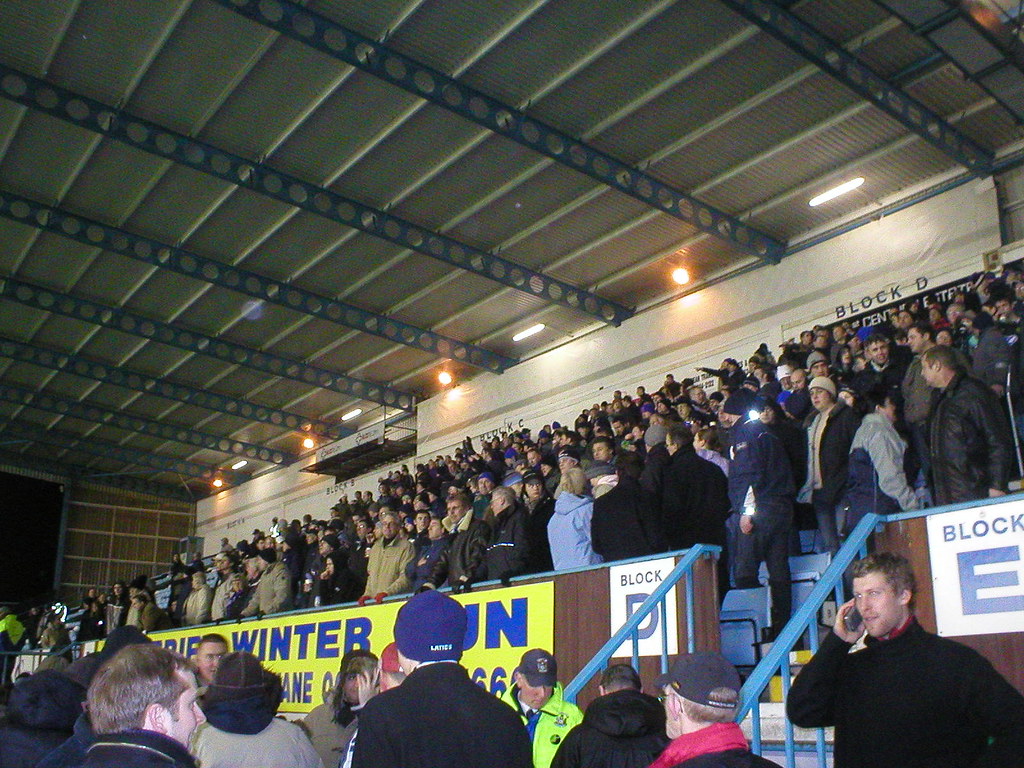 Wigan fans in the North Stand

Site of one the best goals I ever saw live. Score 1-1, just after the hour, Roberts attempted a run into the box, the ball bobbled up awkwardly, to Nathan Ellington stood on the edge of the box, to volley in a screamer from just outside the box into the top corner. Absolute beaut.
This was also the first time I ever went to a game when it was snowing. The snow went off just before kick off, and started again as the second half kicked off. Okay, we thought, at least we’ve got a roof over our heads! But we didn’t bet on the wind changing direction and blowing the snow at us for the whole second half! Lovely stuff! 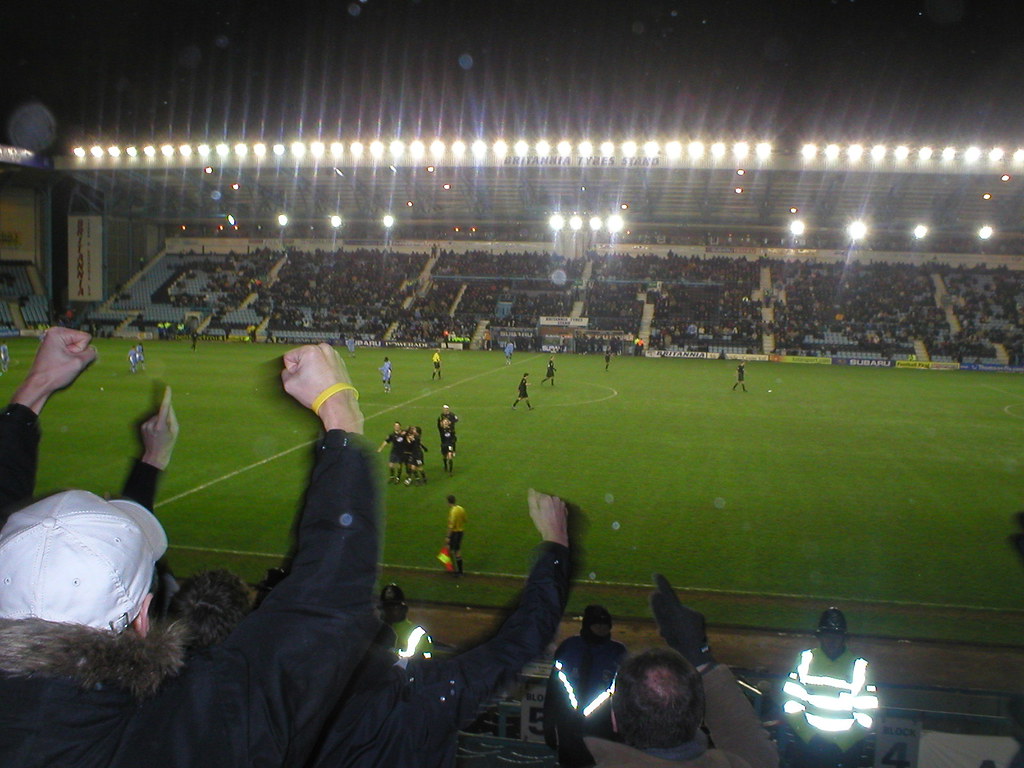 I loved it. I only went because I wanted to get to Highfield Road before Coventry moved and I’m glad I did. Really loved it.
Highfield Road/ Ricoh Arena Photos
Posted by Unknown at 11:11