Got the coach the first time, drove all the others. It’s fairly straightforward, just following the A57 from the motorway. If you head towards Pottery Road, there are a couple of car parks there which aren’t bad for getting away and are quite safe. Since that sinkhole opened on the Mancunian Way though, traffic is absolutely obscene. Decent by train, walkable from Manchester Piccadilly, or anywhere by tram. 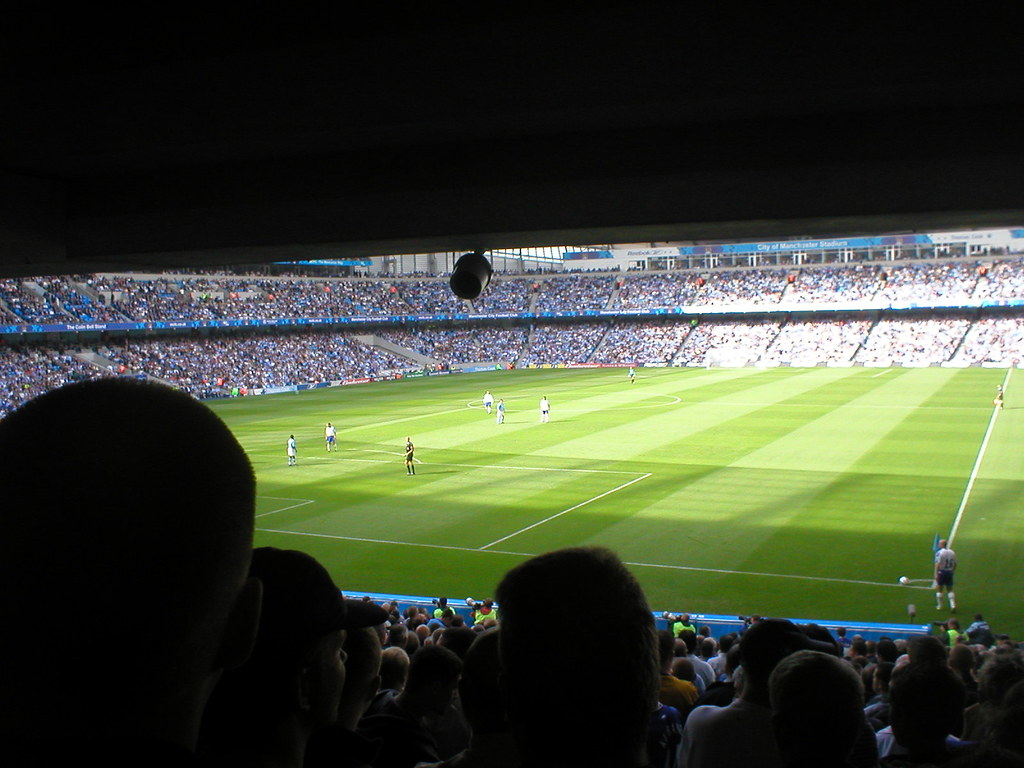 The view from the back of the away end for my first ever away game, 2004

First couple of visits, I wasn’t impressed. The pubs next to the ground don’t allow in away fans, the chippy nearest the ground was horrible, and to make it worse the day of the infamous 11.15am kick off, we ended up having breakfast in the most vile disgusting cafe I think I’ve ever been in…no exaggeration, I was constantly reminded of the woman in the sweet shop in Roald Dahl’s Boy! A steward helpfully pointed us in the direction of a decent pub 2 seasons ago though and it’s been a better away day since, called Champagne Charlie’s just off the main road as you head down Alan Turing Way. We were late arriving at the game in 2010 so didn’t have time to stop, but it looked like this place had shut which is a shame. The food in the ground is good quality, though very expensive, or if you'e coming in via the city centre, eat and drink there. 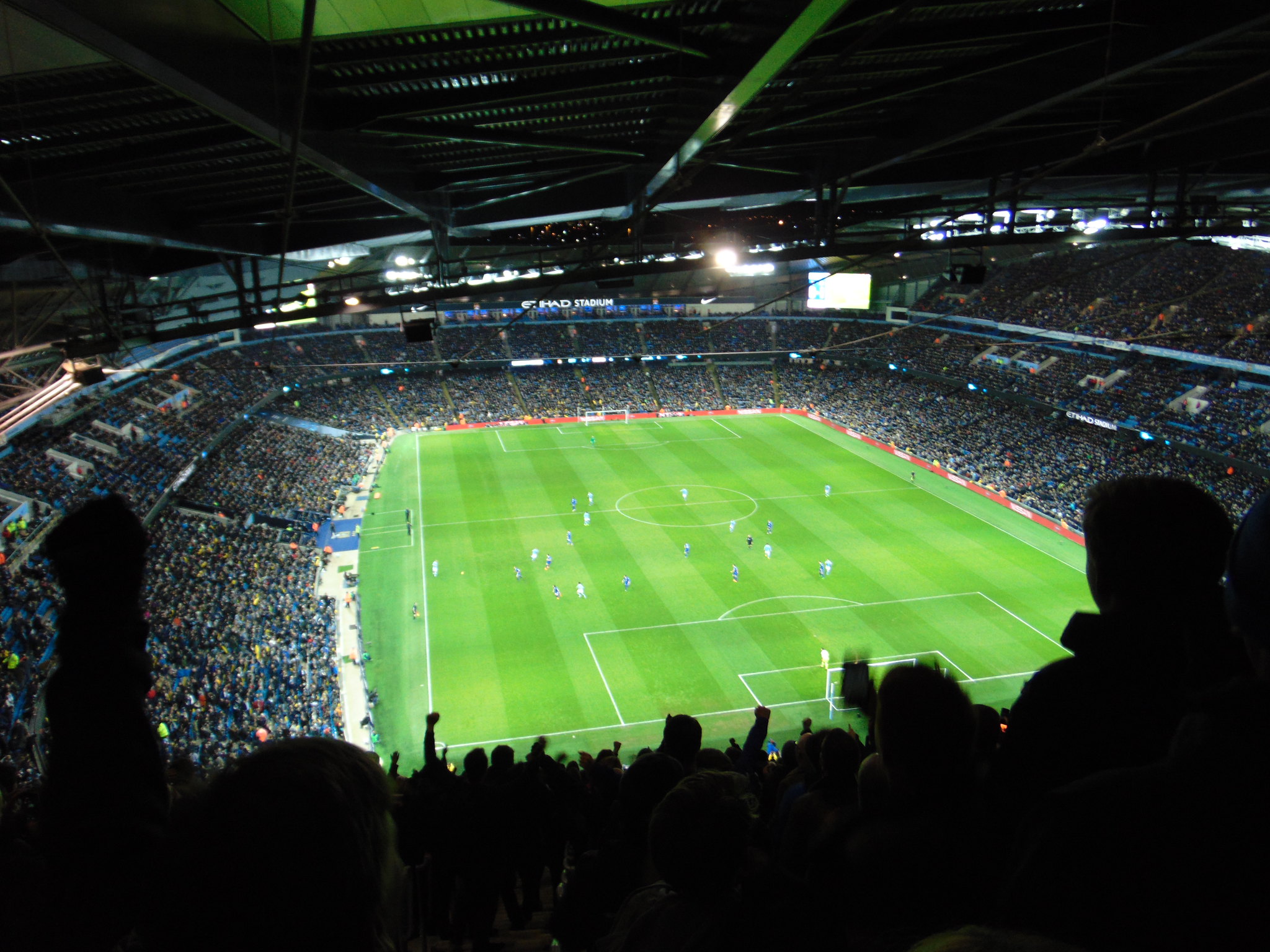 General view from the new Level 3 of the South Stand, 2016

Underneath the stand, it’s by far the best planned of all the new grounds. Massive, plenty of space for queues without any unnecessary congestion and decent choice of food. In the seats, perfect view from every seat, what more do you need? 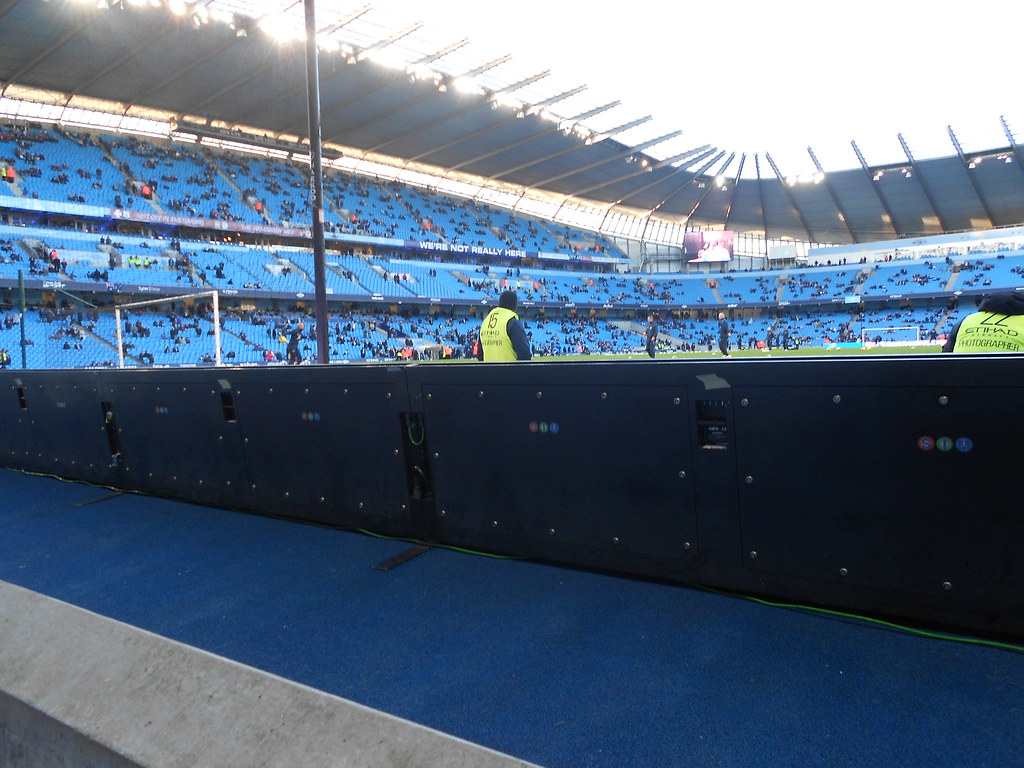 The excellent views afforded to those sitting on the front row of the away end! 2012

It varies…my first away game was here and I thought it was brilliant. However my next two visits were a 11.15am kick off and New Year’s Day…both were absolutely dire from both sets of fans. We won on the next three visits so the atmosphere from us was stunning and non existent from them. Unfortunately when we visit, the whole manc/scouse thing always rears it’s ugly head, since on all four visits where we have won, we’ve had to put up with having stuff thrown at us after the game, which is nice of them! The new Level 3 is actually quite good for atmosphere where I didnt think it would be. 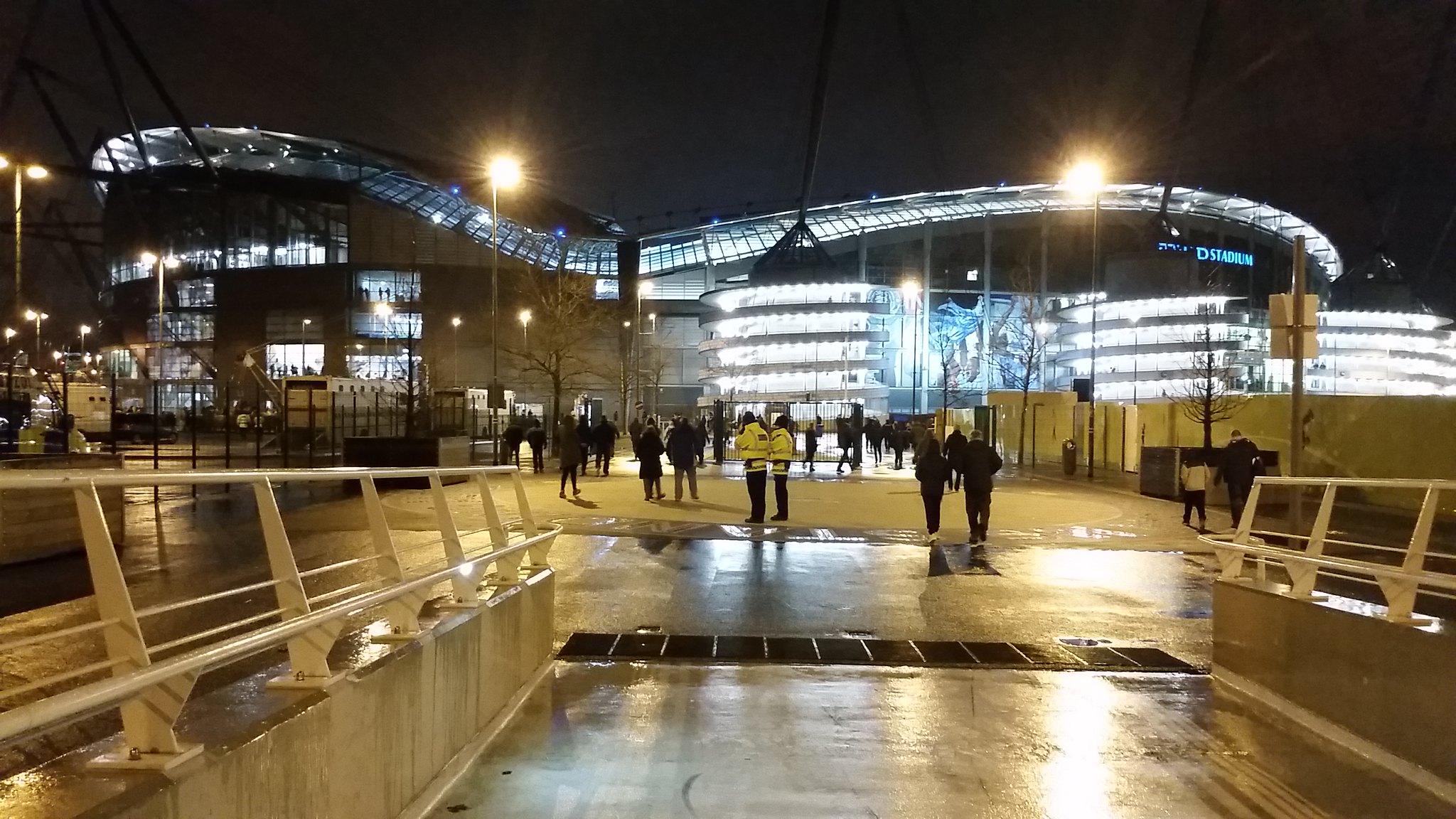 Facilities-wise, it is one of the best around. Not exactly the most welcoming place in the world for us though and as above, edible food is hard to come by!
City of Manchester Stadium Photos
Posted by Unknown at 04:58