I know Preston pretty well and have been to Deepdale plenty of times over the years, so have parked in a fair few places! In all honesty, Blackpool Road is an absolute pain to get away from after the game, so your best bet is to drive right past the ground and park somewhere that end of Blackpool Road and head out through the city centre and back to the motorway that way. Moor Park Avenue is a decent spot. I know it doesn’t sound ideal, but the other way back to junction 31 is gridlock. 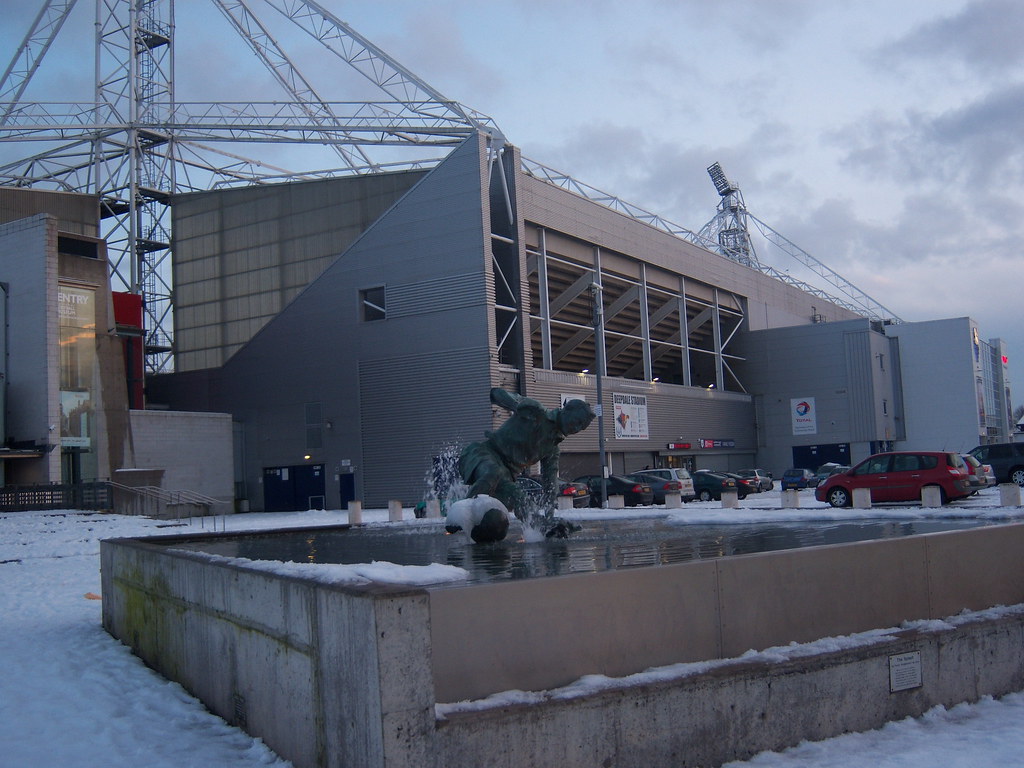 The Sumners and the Garrison are the two away pubs, directly opposite each other as you head past Sainsburys on Deepdale Road. Both a decent size and plenty of room outside as well if its a nice day. 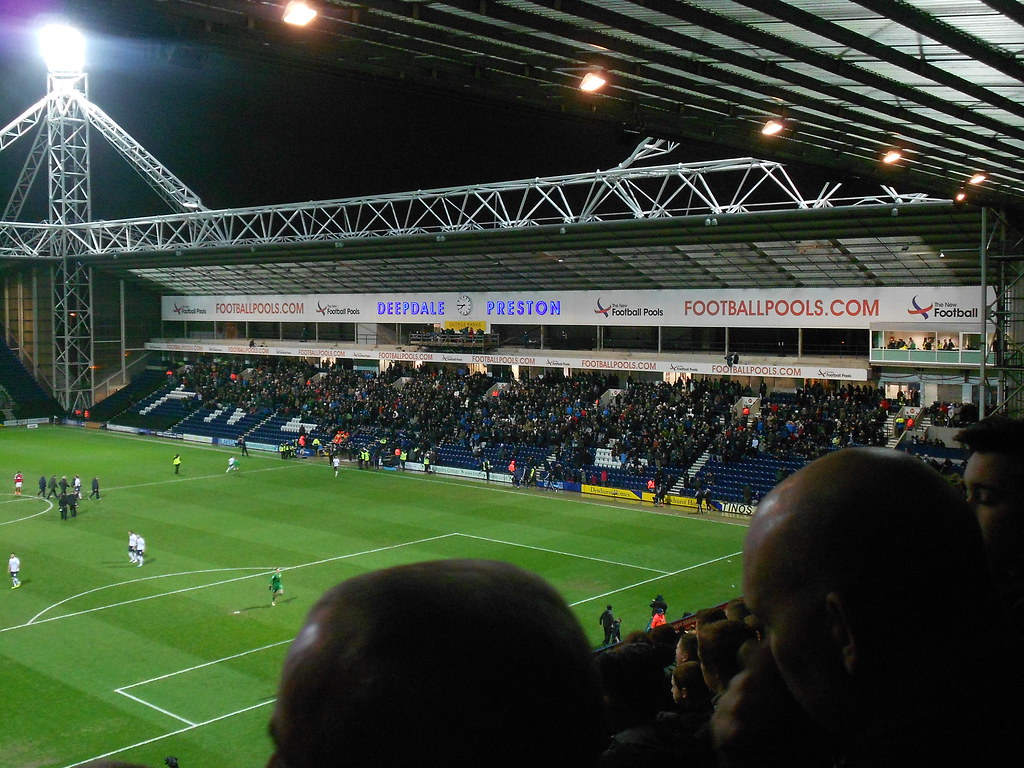 The newly rebuilt Pavillion Stand during an FA Cup game against Nottingham Forest, 2014

A little bit tight on the concourses, but decent enough. Deepdale is one of very few grounds I have seen develop, from standing on the old Pavillion Terrace while the Town End was rebuilt on my first visit, to my most recent just after the completion of the new Invincibles Stand. It’s a lot smarter than it was on my first visit! 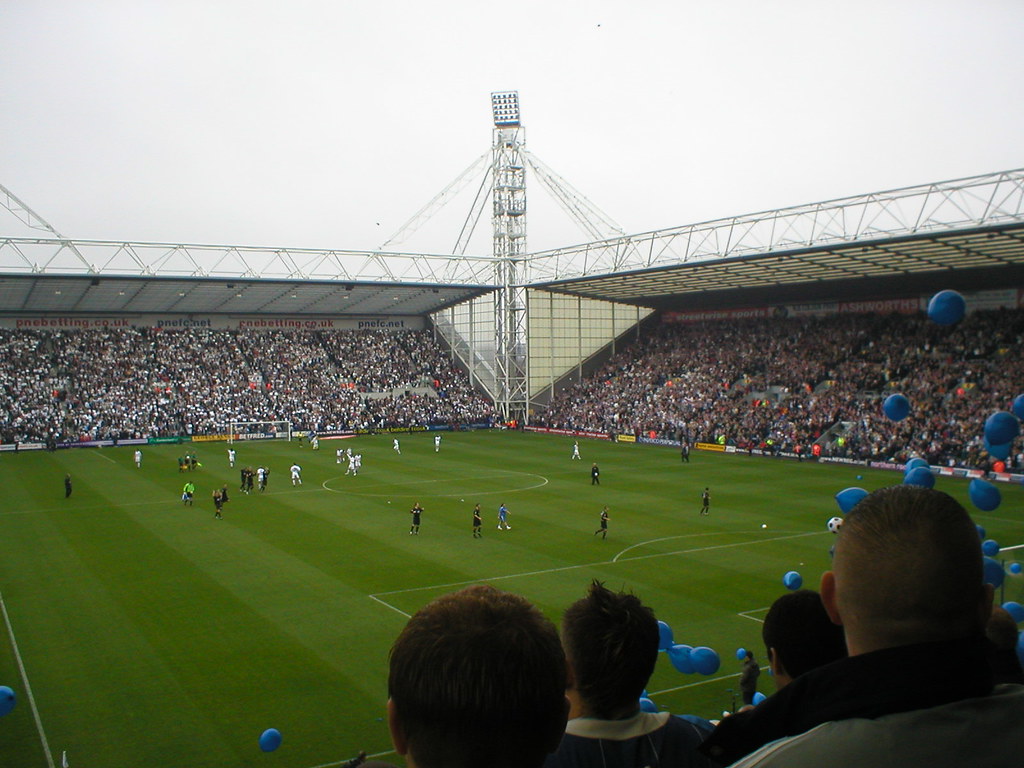 The Town End and Tom Finney Stand against Wigan, 2005

Pretty poor to be honest. The two official games I visited were both very different, one a Derby with promotion riding on it, one a run of the mill League games on a cold night early in the season. Atmosphere was really poor both times.

View from the Tom Finney Stand during redevelopment of the Pavillion Stand, 2007

Sadly, gone are the days when 3,000 Wigan fans in the Kop would point to their left at the ‘chicken run,’ and sing ‘what the ******* hell is that?!?’ RIP the Triangle! (‘It’s only got 3 sides!’)
Also the site of possibly the funniest act of football vandalism…when Wigan fans put washing up powder in the fountain on the Tim Finney statue…Preston fans response was to throw a firecracker into the away end…nice…
There used to be the attraction of the National Football Museum, though that has now moved to Manchester. 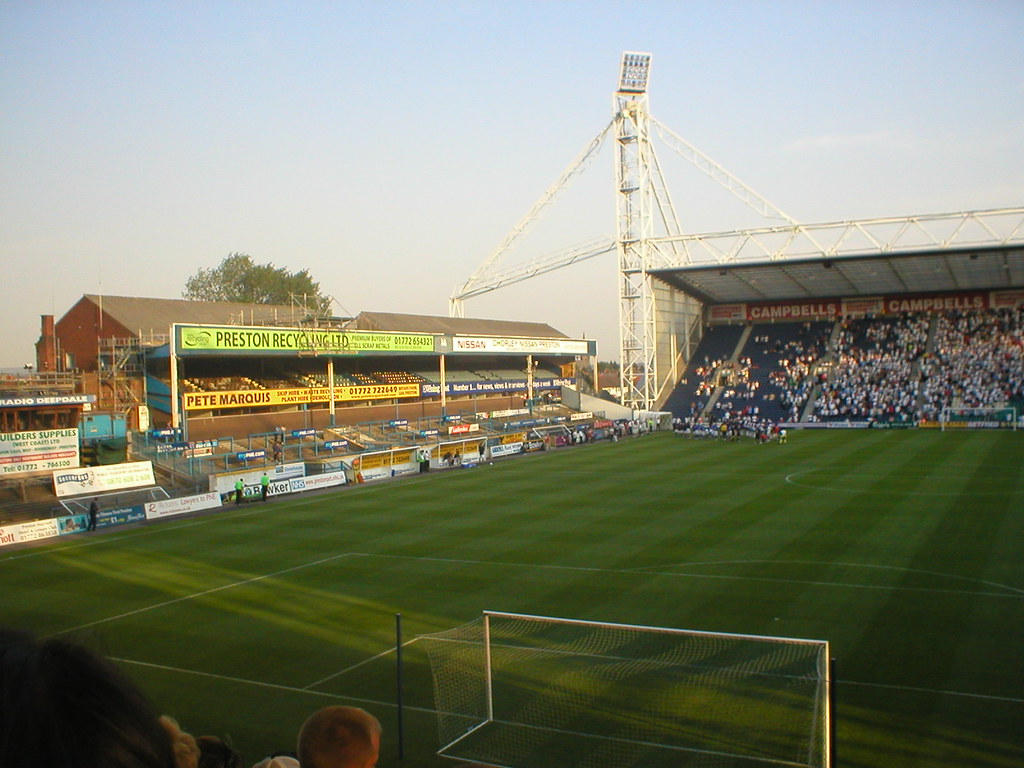 Not the greatest away trip in the world, but with it being so close, its one I know so well so always enjoy.
Deepdale Photos
Posted by Unknown at 11:36