Straightforward, if a bit long winded. Miles from nowhere though, so can’t be the greatest to reach by public transport. or parking, park for free on one of the many industrial outlets or on the road on Bumpers Lane. I made the mistake of parking at the ground for £3, and took an absolute eternity getting out after the game. 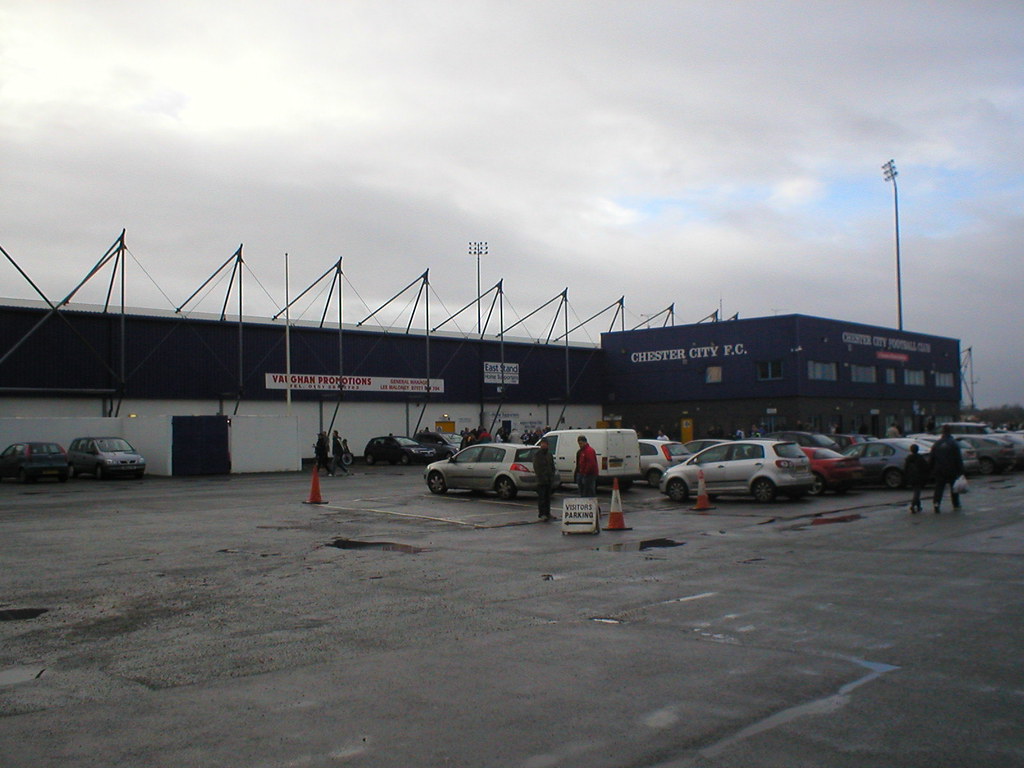 There is a retail park back up Bumpers Lane on the site of the old Sealand Road ground, but it’s a fair walk, and generally haste usual McDonalds and co. Other than that, nothing! It truly is in the middle of nowhere! 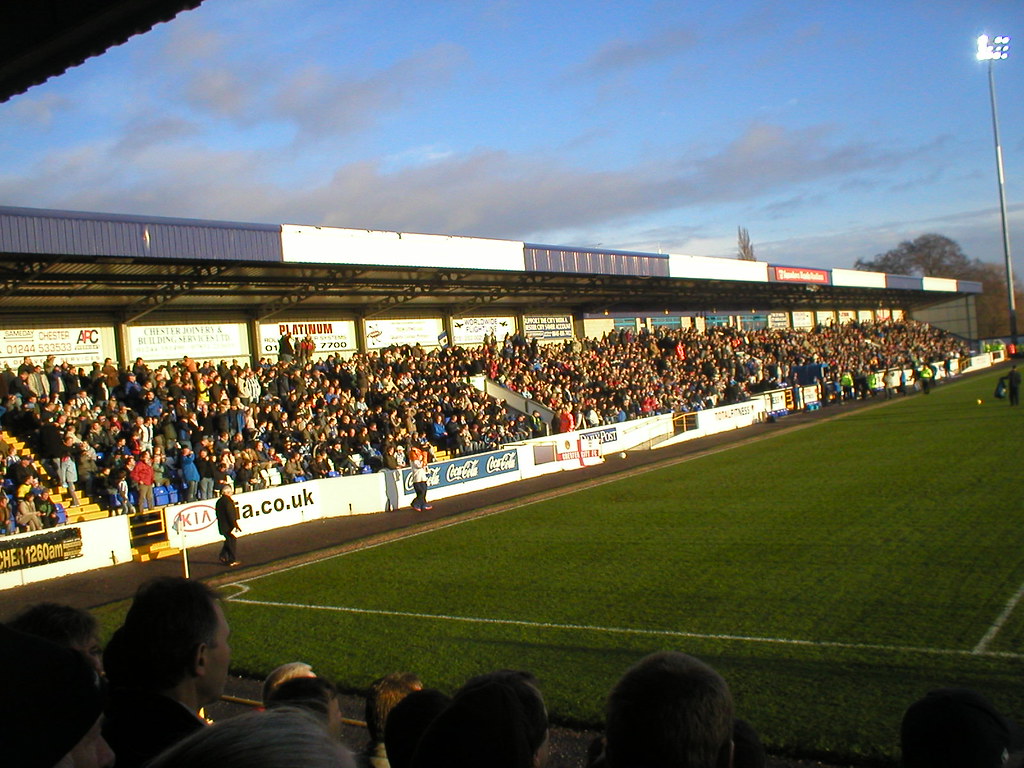 A little bit dull and identkit, with four stands of similar height and design, with three all seated stands, and the Harry McNally Terrace behind one goal. Behind the other goal was terraced on my visit too, but has since been seated. 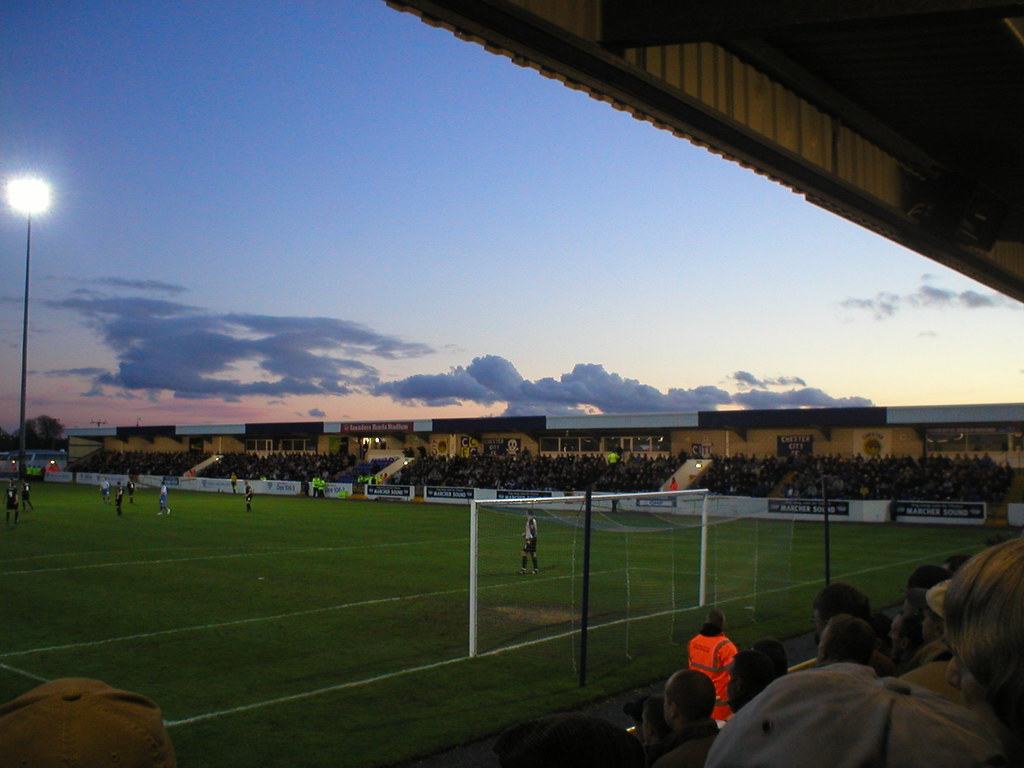 The terrace I was in seemed to be the only area that wanted to make some noise. A bigger than average crowd for an FA Cup tie, the atmosphere from that one stand was great. The rest of the ground was unbelievably docile tough. 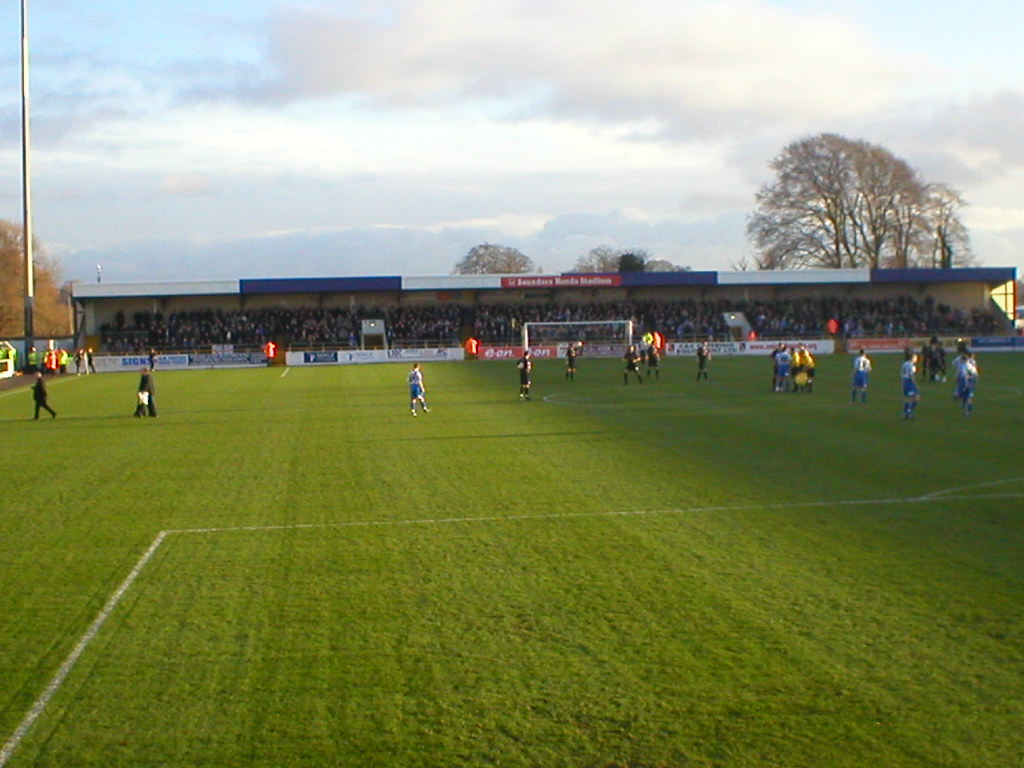 Ipswich fans in the South Terrace

Always worth a mention…all but the East Stand and offices on that side at the Deva Stadium are actually in Wales!
As of Chester’s expulsion from the Conference and subsequent liquidation in 2010, the Chester City I saw is dead. The supporters have formed a phoenix club, who began in the Evo-Stik 1st Division North in 2010/11. They won the title, and the Premier Division the following season, and are now known as the club's original name of Chester FC, and continue to play at the Deva.

Dull, like Reading and several other new grounds that have been deliberately built away from the heart of the community, a trip to be endured rather than enjoyed.
Deva Stadium Photos
Posted by Unknown at 10:38