The SatNav got a bit lost, but once you leave the M65, the ground is signposted. I took the advice of a mate who told me to park the car on the main road leading up to the ground, facing back the way I came from. Good advice, as even with a much bigger than average crowd, there were no problems with traffic or parking. 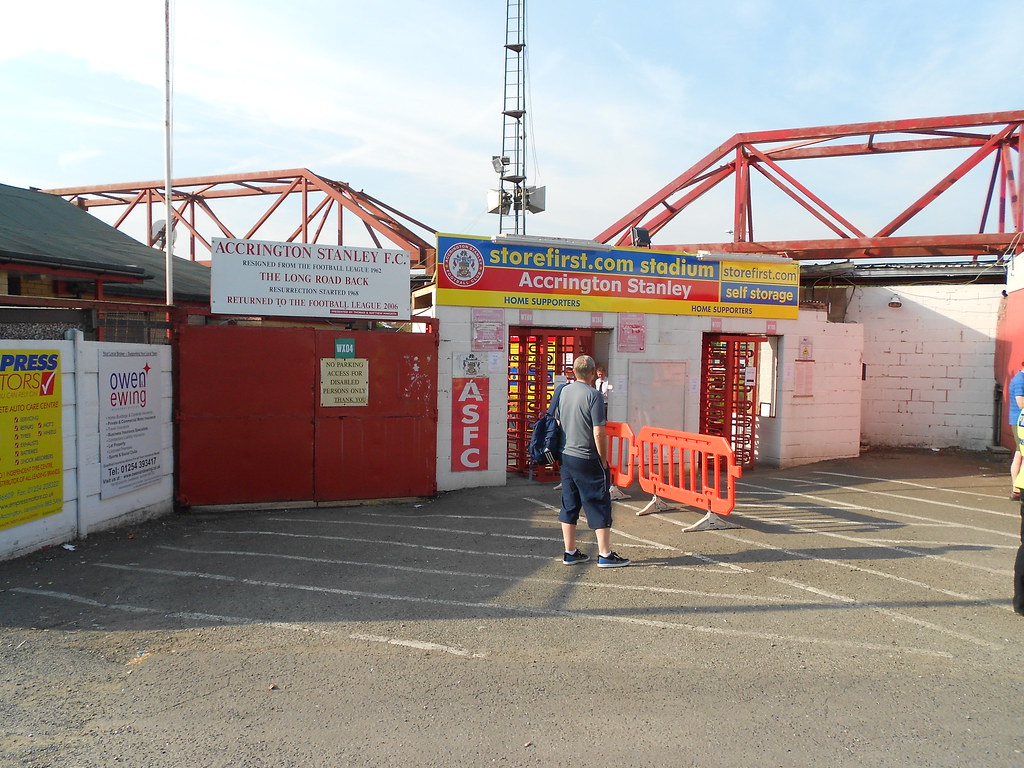 Ground exterior, where Stanley are proud of their roots and rise, 2013

Not an awful lot, but there is a decent pub on the main road called the Greyhound which made a lovely chip barm for just £1.50! 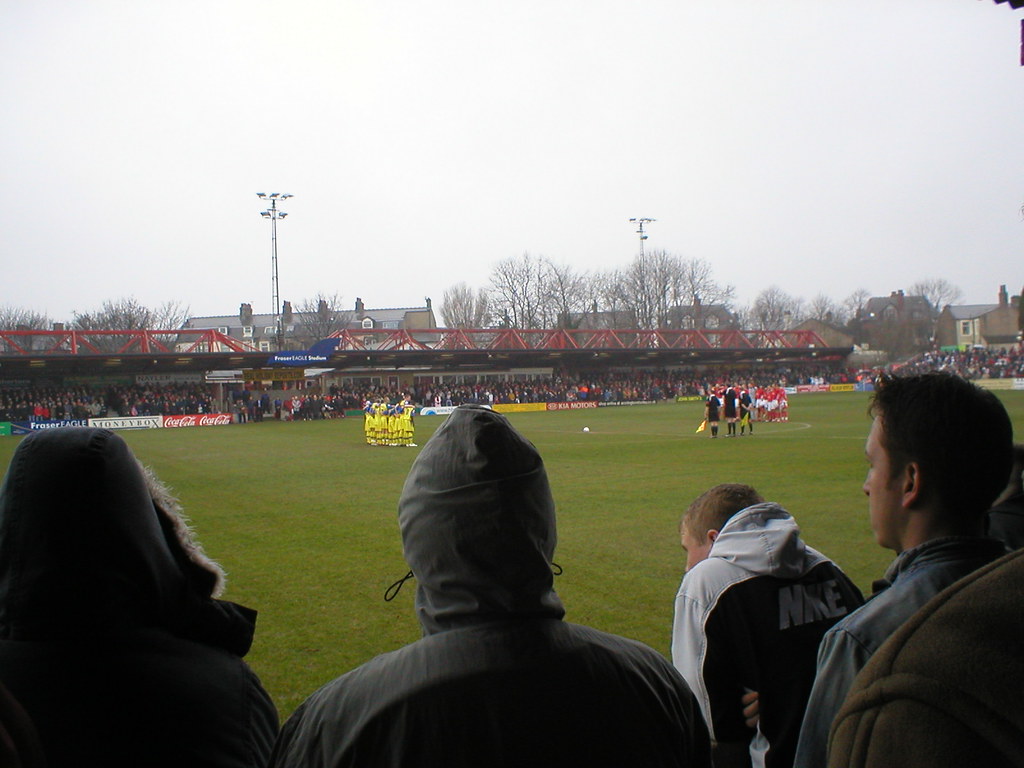 The Main Stand during a minute silence, 2007

It’s thankfully been improved slightly since my visit. Accy struggle for crowds enough as it is, but the ground was still very much non league standard, with an uncovered terrace behind each goal, the pretty pointless Whinney Hill Terrace, which despite having a sheet metal roof, I’m sure I got wetter than those on the uncovered ends did! It was also only about 3 steps deep so might as well not have been there! The Main Stand was the only seated area. Since my visit, the Clayton Terrace has been covered and had seats installed at the front, and the Whinney Hill has been seated too, to bring Accy up to Football League regulations. 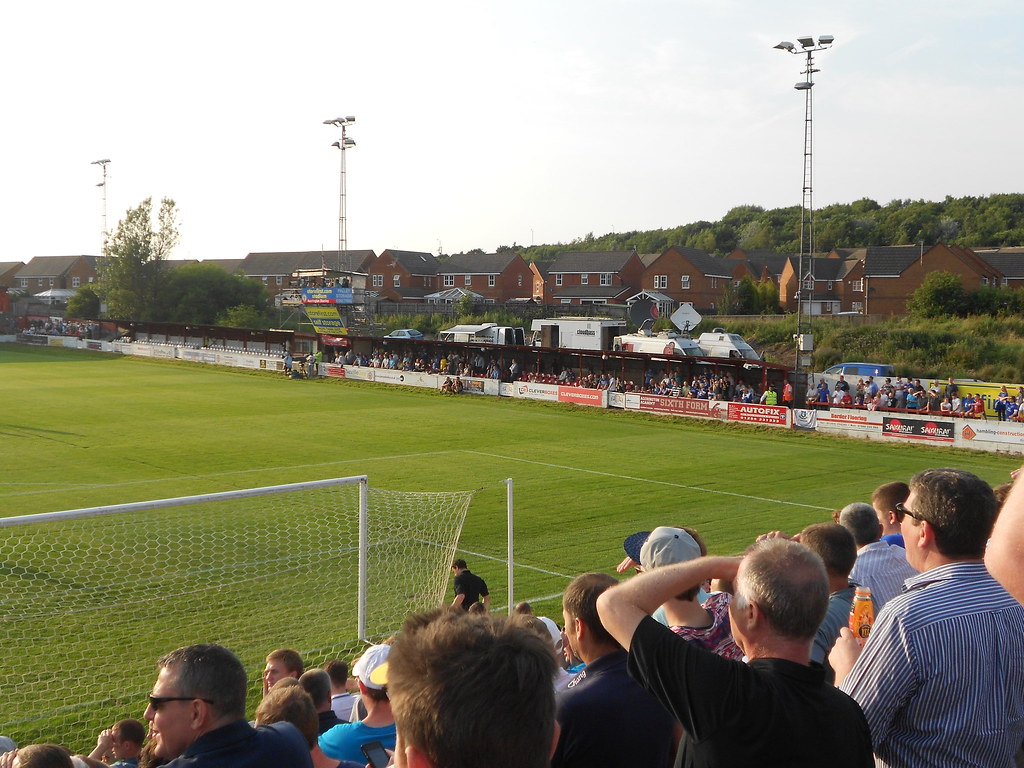 Unfortunately, as the two ends are uncovered, atmosphere was non existent, despite both sets of fans making loads of noise. It just didn’t go anywhere! A massive improvement now, with the home end being covered, and Stanley having a very vocal set of ‘Ultras.’ 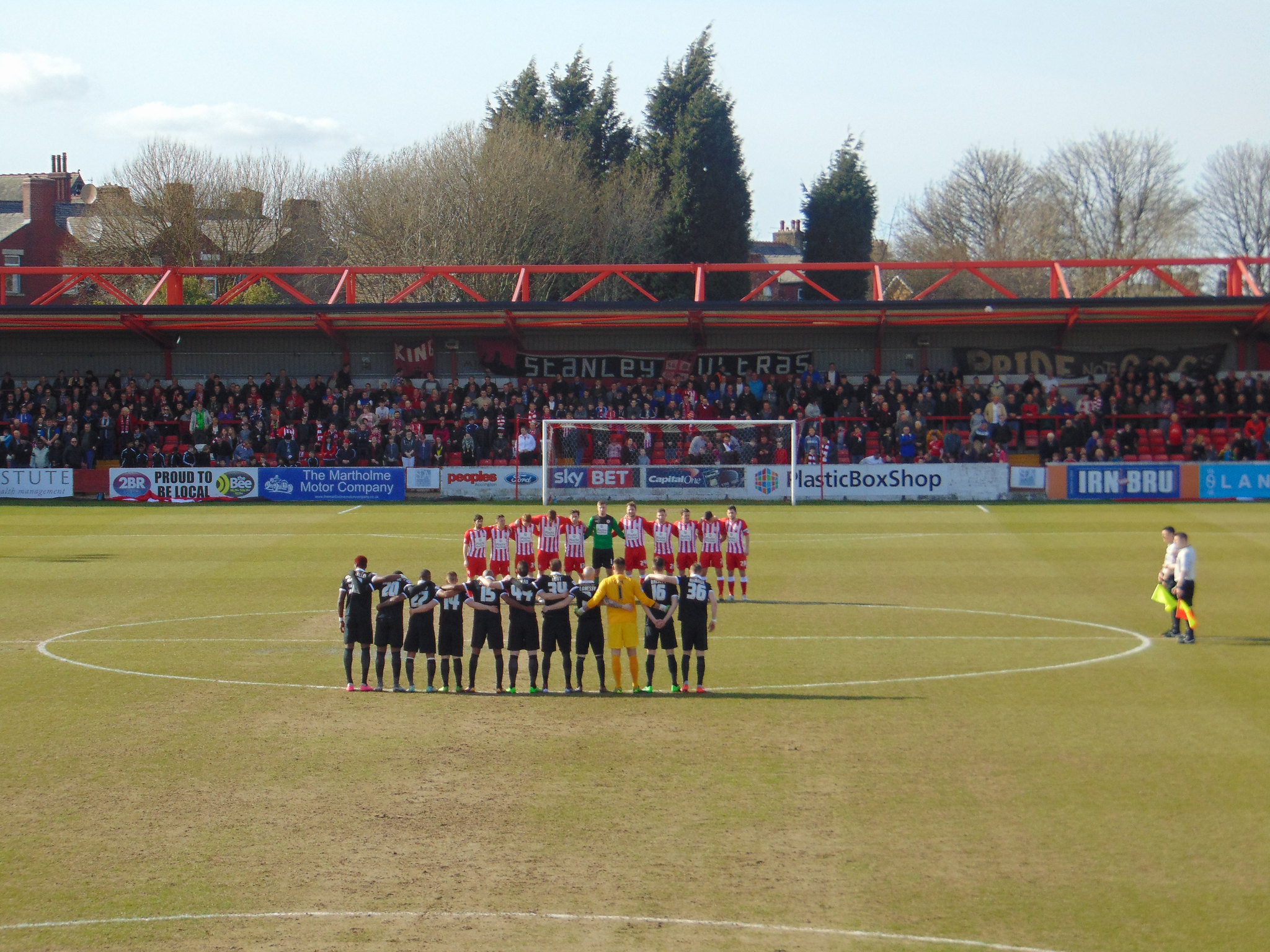 This match was free, as Accy wanted to get a crowd in for a big relegation 6 pointer. We first went in the Main Stand, but finding all the seats taken, asked the steward could he open the gate to let us go on the Clayton Terrace…he wouldn’t let us! Made us go back out of the ground and walk around to the other turnstile! 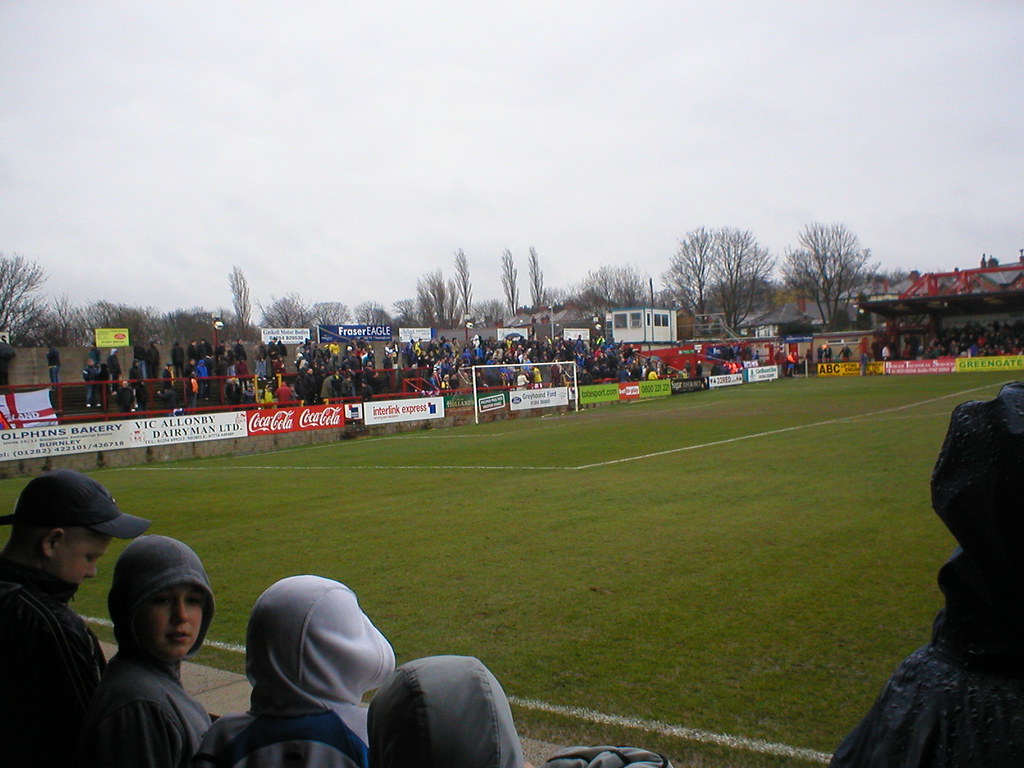 Torquay fans getting a soaking on the Coppice Terrace, 2007

Non league standard, but a very welcoming little club, and has seen some good improvements in recent years.
Crown Ground Photos
Posted by Unknown at 13:05