There was an organised special train from Wigan direct to Cardiff for the Cup Final so we got that. Perfect, train station only 10 minutes from the ground, if that. 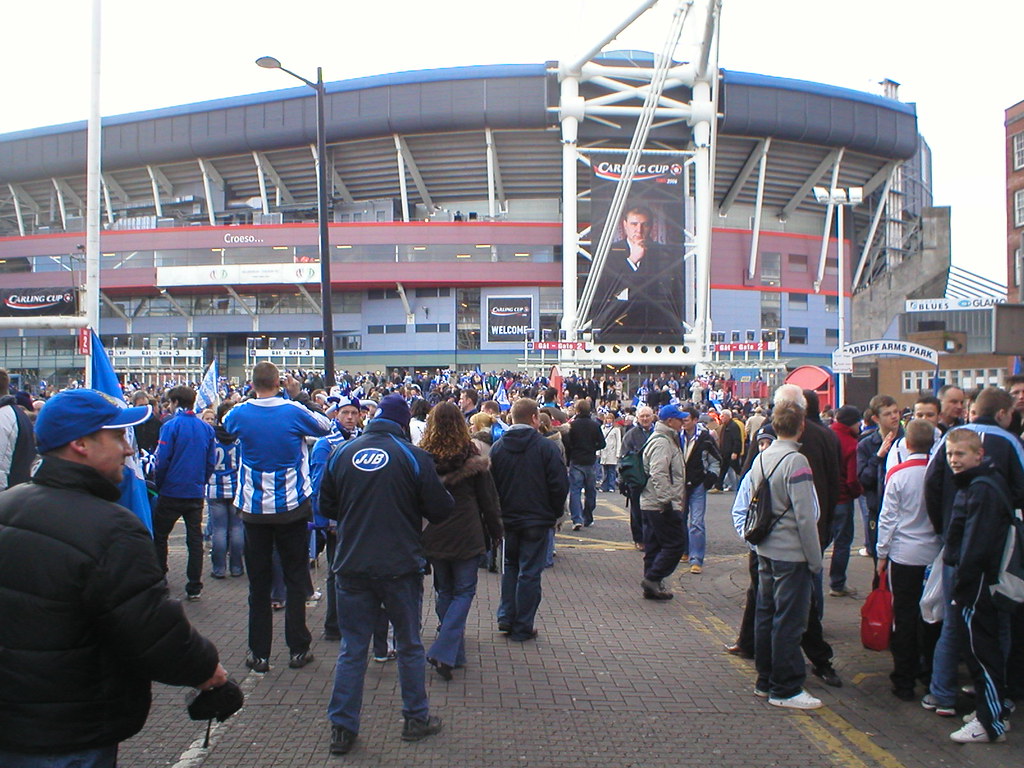 The ground is right in the heart of Cardiff city centre…bars and restaurants as far as the eye can see, so if you can’t find a drink, you’re blind! 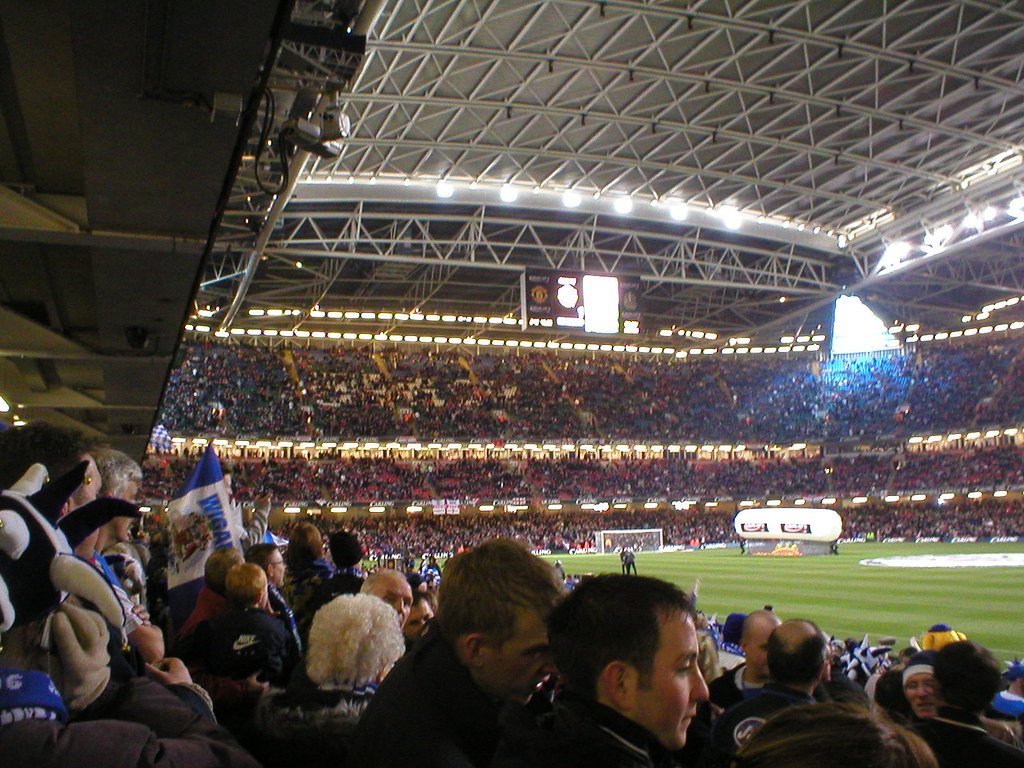 United fans in the South Stand

It’s very impressive, especially with the roof closed, as it was for this game. Unfortunately, the lower tier is really poor. So shallow you can barely see over the back of heads, and the overhang blocks the rest! In hindsight, I wish I’d paid the extra for better seats. 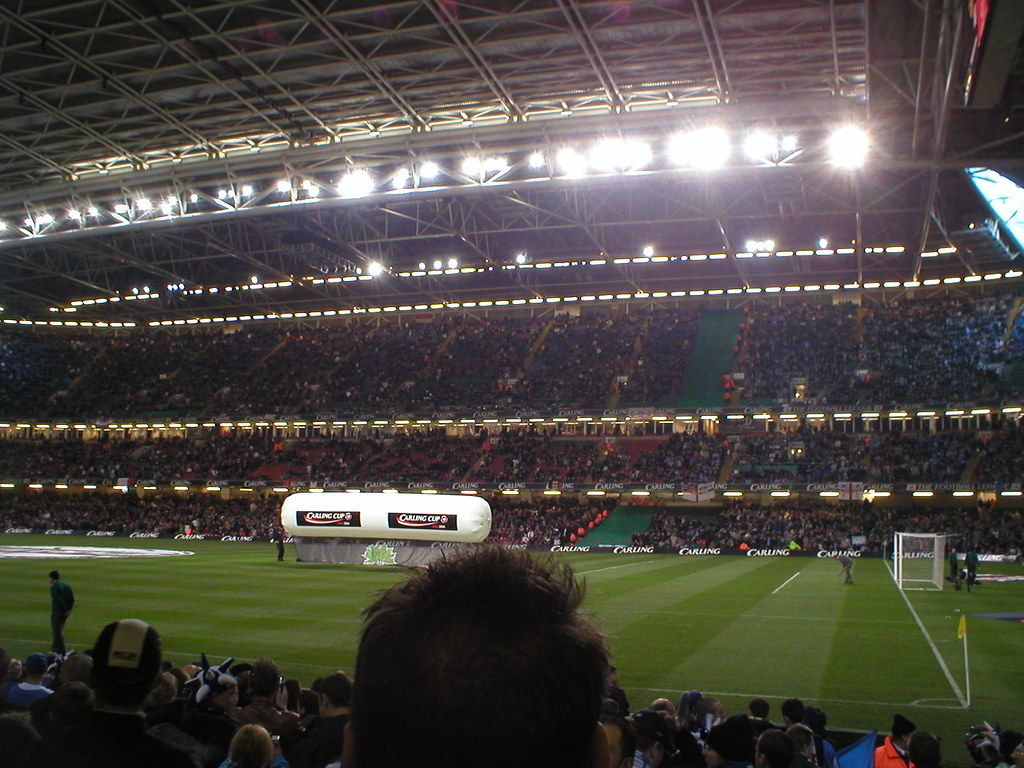 It was a Cup Final…nah, in all honesty, it suffered a bit really. Wigan fans were unbelievable at the start, while United had a sense of ‘been there done that’ about them and weren’t really bothered. The way the game went too, especially with United scoring three quick goals in the second half, it killed the atmosphere among the Wigan fans, so it was never as good as it could have been really. 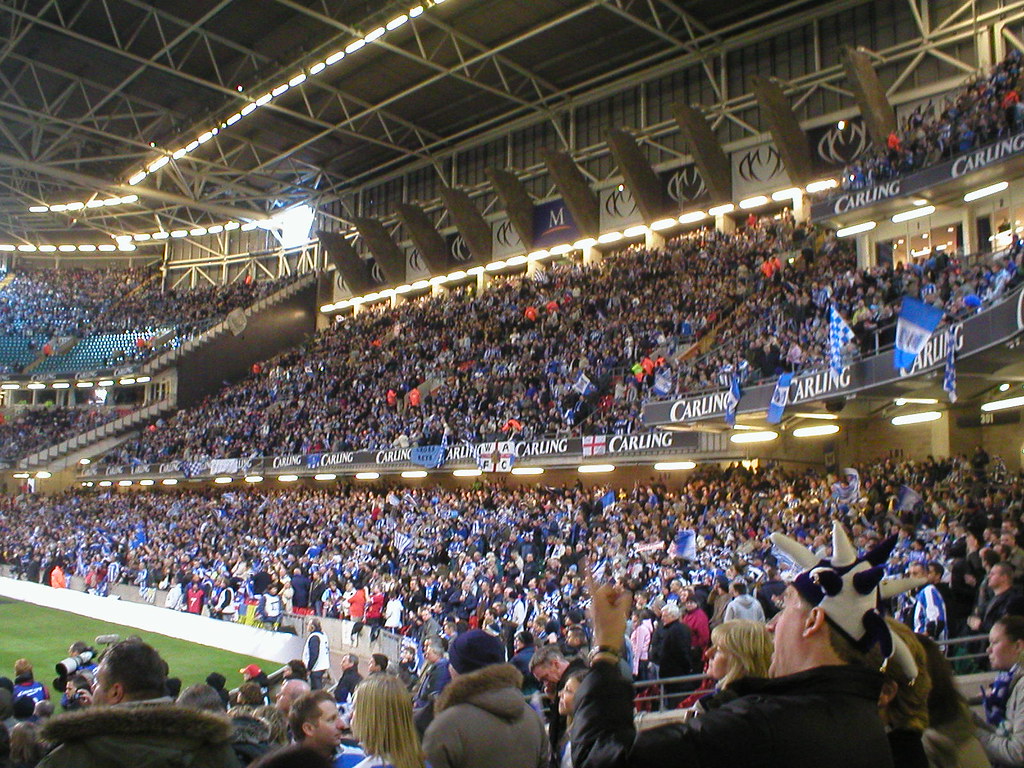 Wigan fans in the North Stand

Our train after the match didn’t leave until 6pm, so we had plenty of time to stay in the city after. Unfortunately, nowhere would let us in, only United fans were allowed in everywhere we went. I don’t know if that’s because they won or what, but it was a bit out of order. 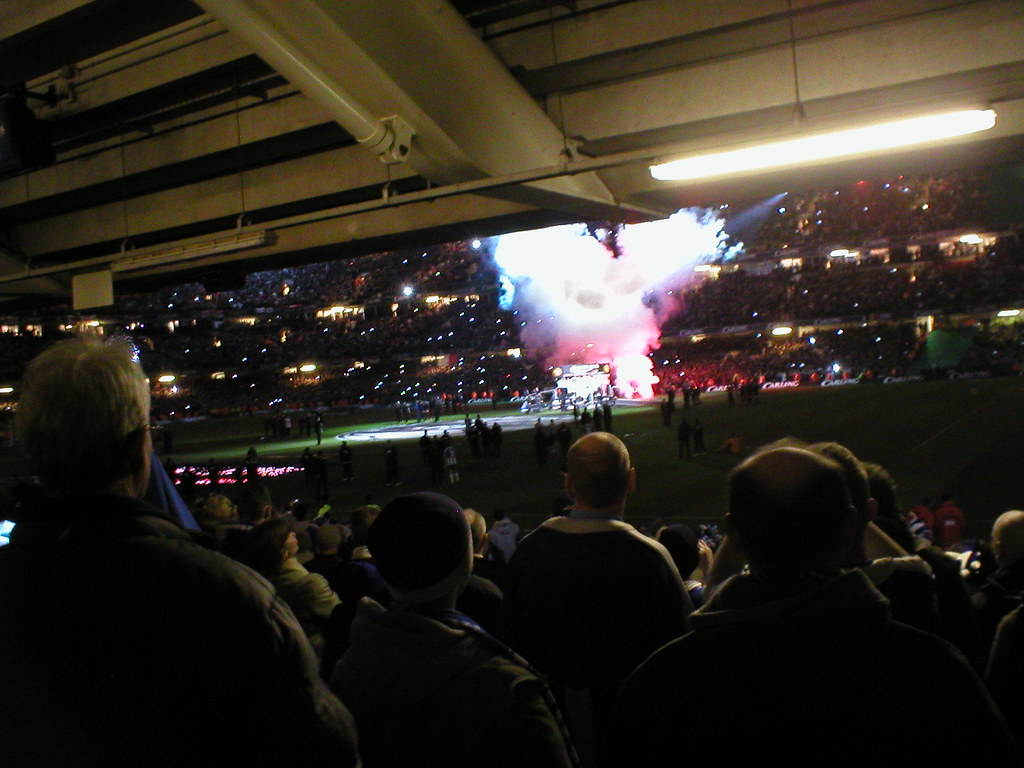 As a Cup Final venue, it’s excellent. It dumps all over Wembley in terms of location with it being right in the city centre, but it's just not as good a ground. Very good in its own right though.
Millennium Stadium Photos
Posted by Unknown at 06:57