One of the easiest grounds in the world to get to. Got the coach the first two times, but drove the third. The ground is visible from the M621 between junctions and 1 and 2…come off at either and you’re right next to the ground, and away in minutes afterwards. On my most recent visit, a mate showed me that there is a lot of free street parking on Gelderd Road just down the street from the East Stand, and that was equally as easy for getting away afterwards. 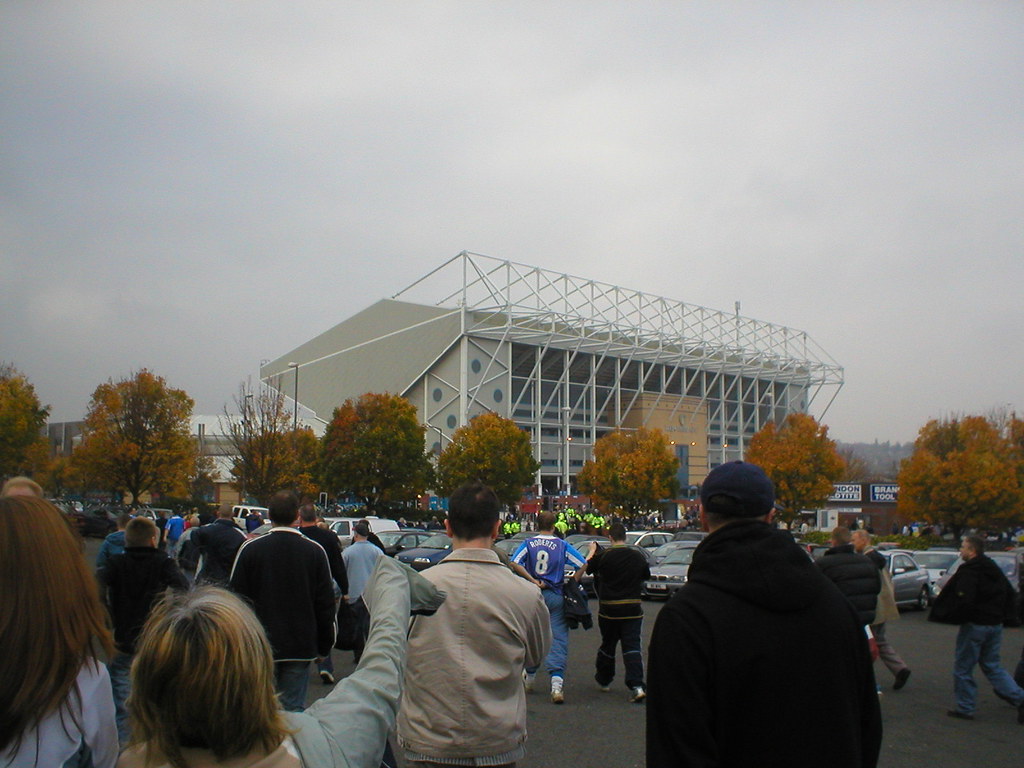 Exterior of the massive East Stand, 2004

Inside the ground is pretty tight and the queues as a result are ridiculous. One thing Leeds do have though that I’ve never seen anywhere else before or since is vending machines…such an obvious solution to so many problems with getting food and drink at half time, yet nobody else does it! Outside the ground, not an awful lot but a few chip vans and stuff. 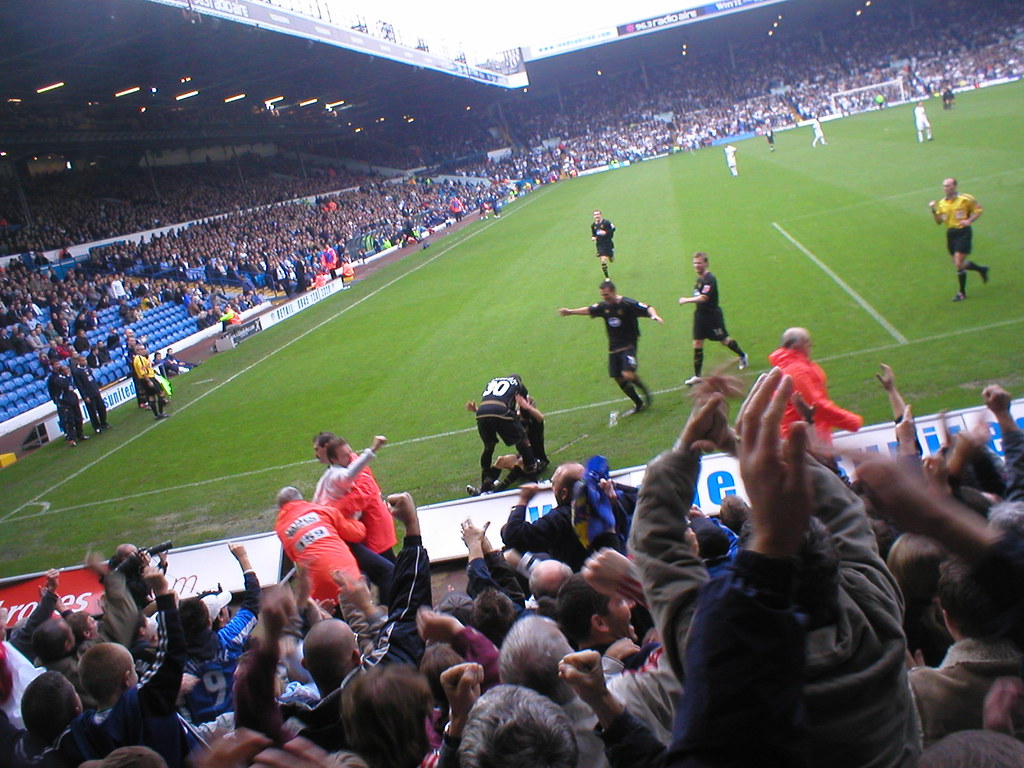 Wigan go 2-0 up in 2004...I love this purely for the guy getting hauled away still celebrating!

Have sat in three different away areas at Elland Road, the South Stand was unbelievably shallow and tight, made all the worse by the fact I was sat next to a 7 foot giant who struggled to sit down once he’d stood up! The ‘Cheese Wedge,’ despite being a lot smaller, actually has the better facilities, with more legroom and much roomier downstairs. Didn’t seem as shallow either. The legroom in the South and West Stands is horrific, and nowhere near enough space under the stand to let people move around. One of the most claustrophobic experiences of my life, and it took us longer to get out of the stand, than it did to get out of the car park afterwards, which says a lot I think! 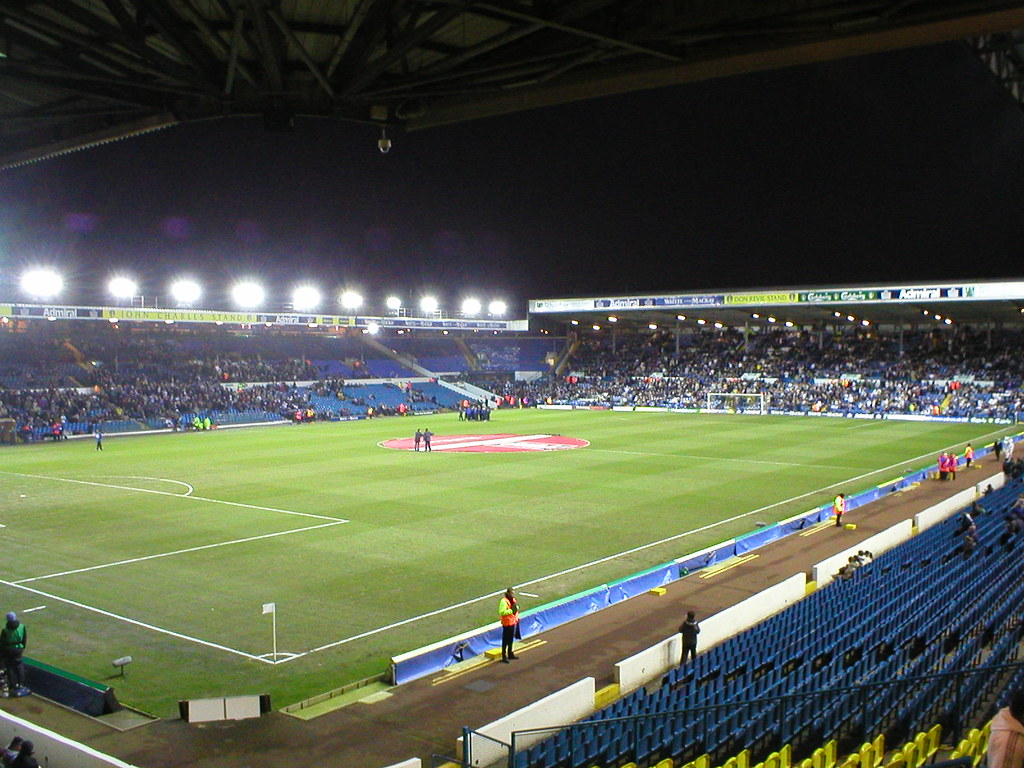 View from the old 'Cheese Wedge' away end, FA Cup game with Wigan, 2006

The ground was half empty on all visits, so we got nothing from Leeds fans on both visits. (Except for one Peter Ridsdale lookalike getting a bit irate at the abuse he was getting at the FA Cup game!) It was better admittedly in the League Cup game, Leeds playing better and seeming a bit more up for it than on my previous visits, but it looks like the acoustics are shocking at Leeds, as it was one of those where you could see the Leeds fans getting excited and moving around as they were singing, but could barely hear them. From the away end, the atmosphere was great, over 3,000 of us in the first one, which was one of the best away atmospheres I’ve been in the middle of anywhere. The FA Cup game slightly more low key, given there were only 250 of us rattling around a ground less than half empty! Likewise again, it was understandably good at the Everton game as there were 5,000 of us…though God knows why we bothered with a performance like that! 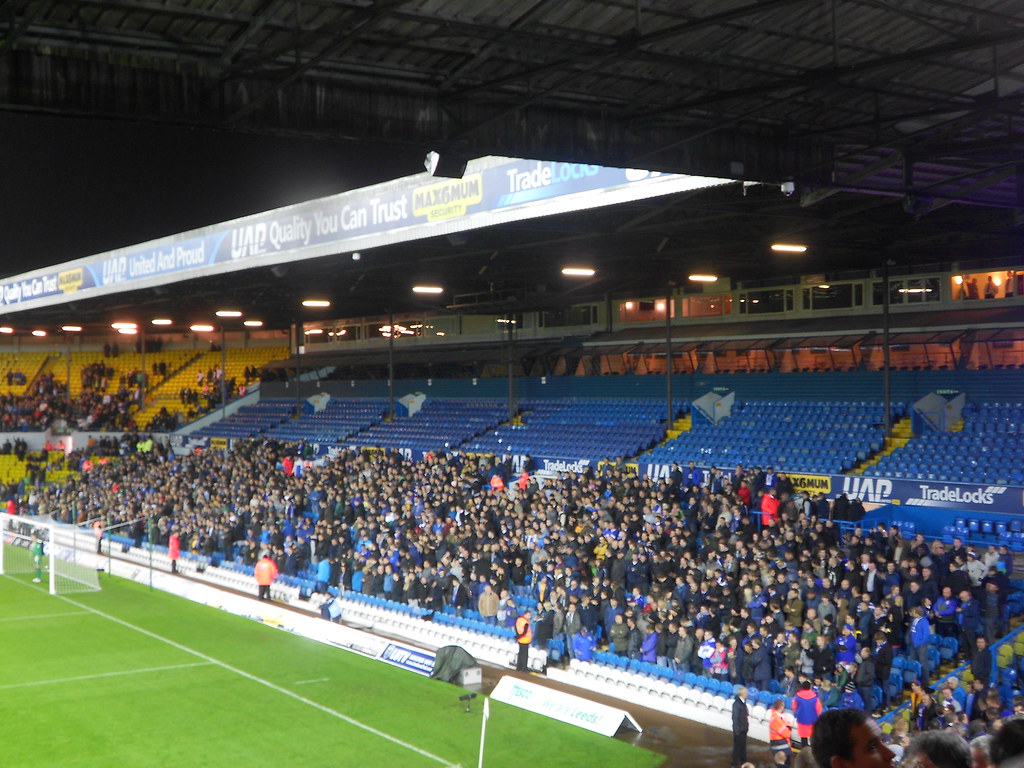 Everton fans in the South Stand, 2012 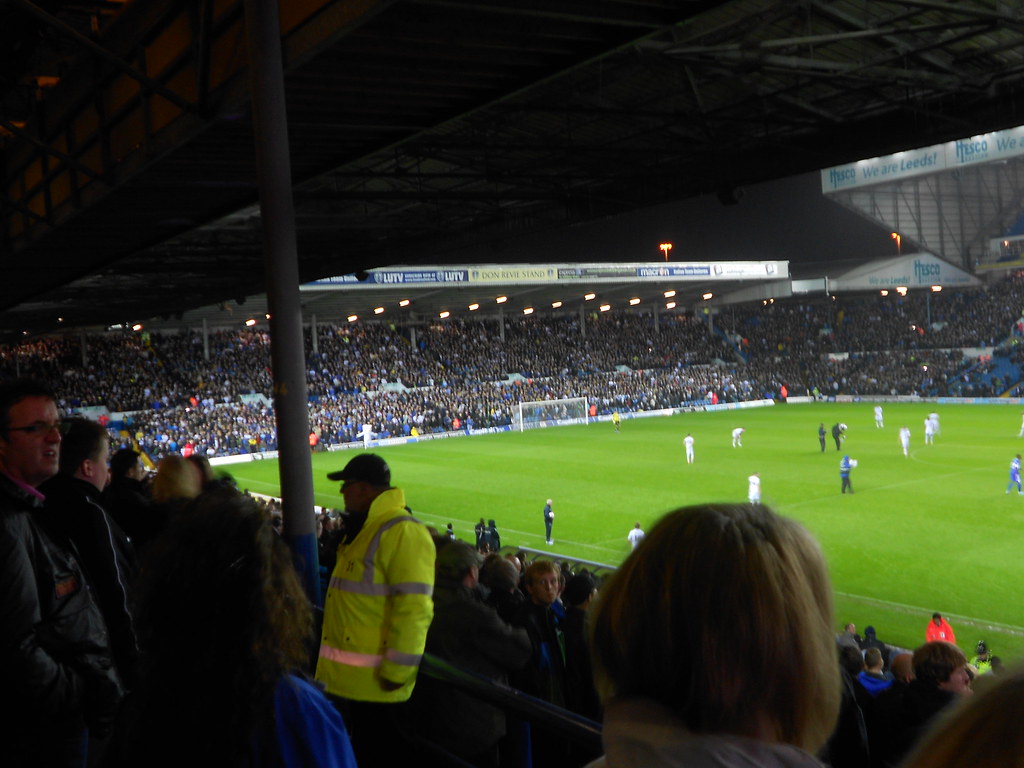 It doesn’t feel as big as it is, because the East Stand is so massive compared to the rest of it. As such, it doesnt really have the grandeur you would expect it to.
Elland Road Photos
Posted by Unknown at 05:30