With the ground being so close to the town centre, the car parks are mostly pay ones there. We parked in one called The Avenues on Hyde Road near Watford Junction, and while its a bit of a walk through town (pass plenty of places to eat and drink though, so not all bad) its good for a quicm escape afterwards. 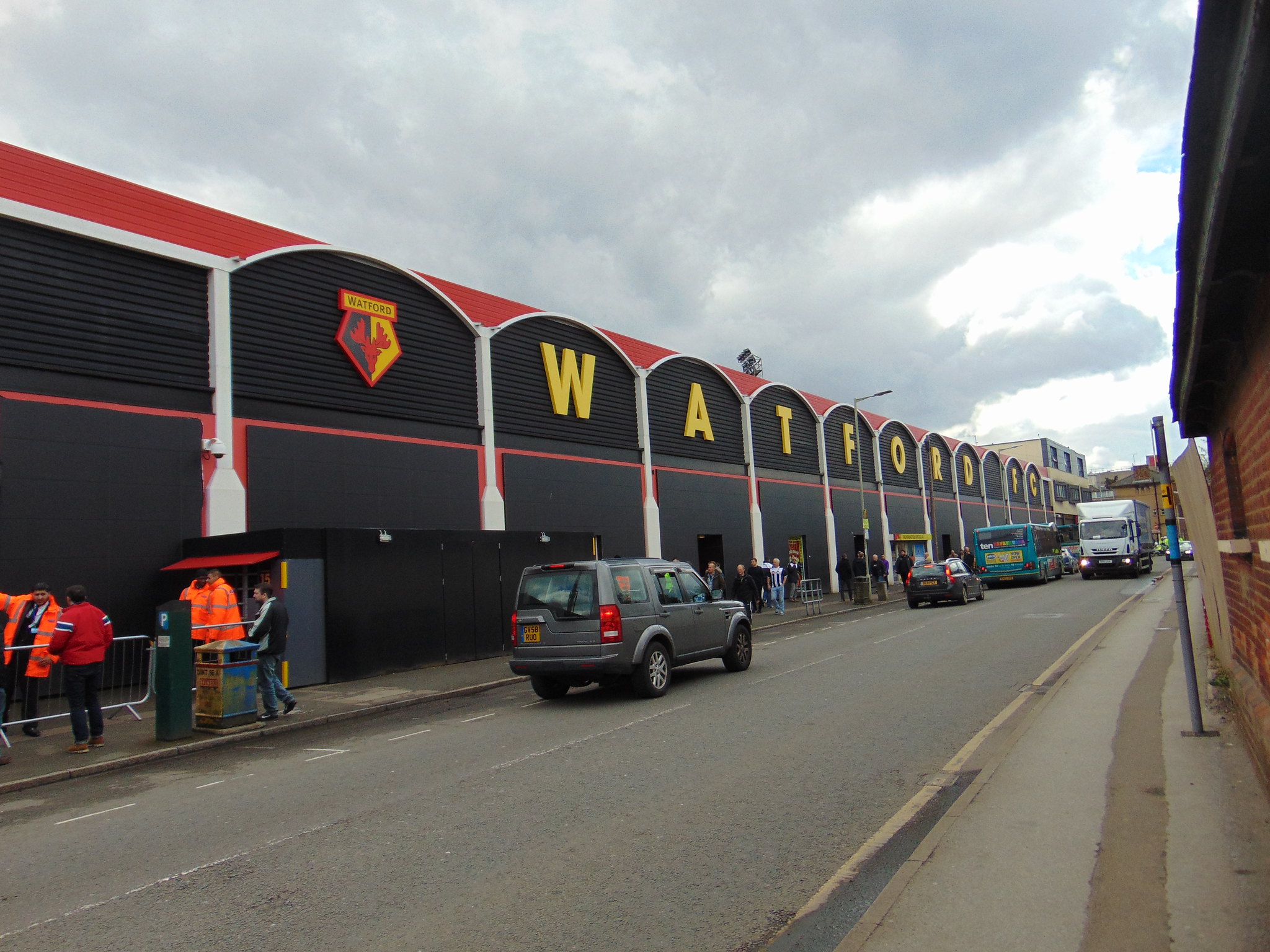 The route from the station passes right through the town centre so if you park there, you’ve got your pick of anywhere in town. The main away pub is Mac’s Bar, around the corner from the away end and that was great when we went. Live games and all the rest of it. 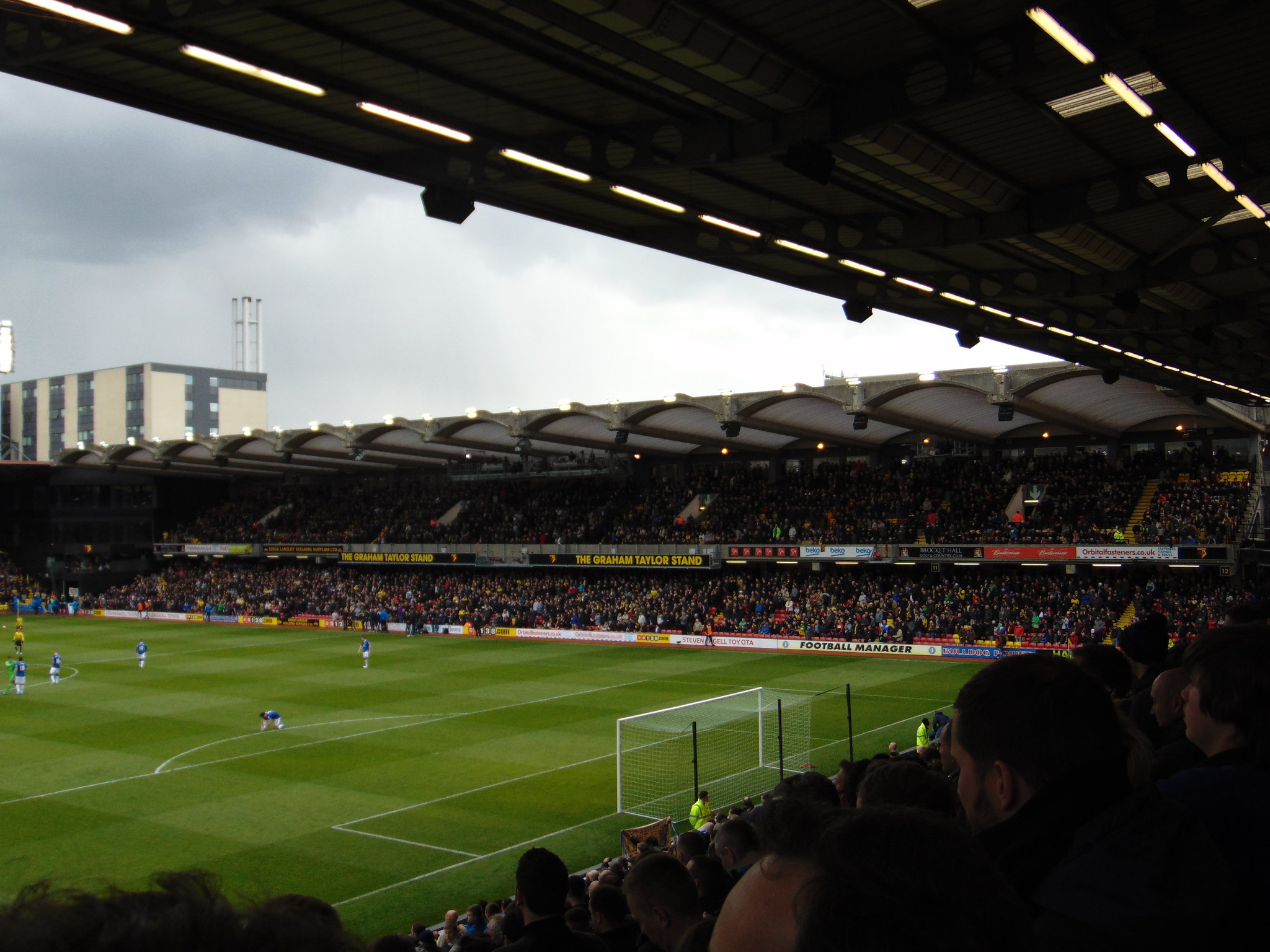 Decent to look at from the seats, but the away end is very small underneath and hasnt been especially well designed, with only one real exit, with toilets in that tiniest of gaps, so naturally, an unbelievable crush formed at half time! Other than that, its a good little ground, with the exception of the ancient East Stand, which I think has now been condemned! It is currently being rebuilt. The Rous Stand and Rookery End are both new and modern, and there are unobstructed views all around. 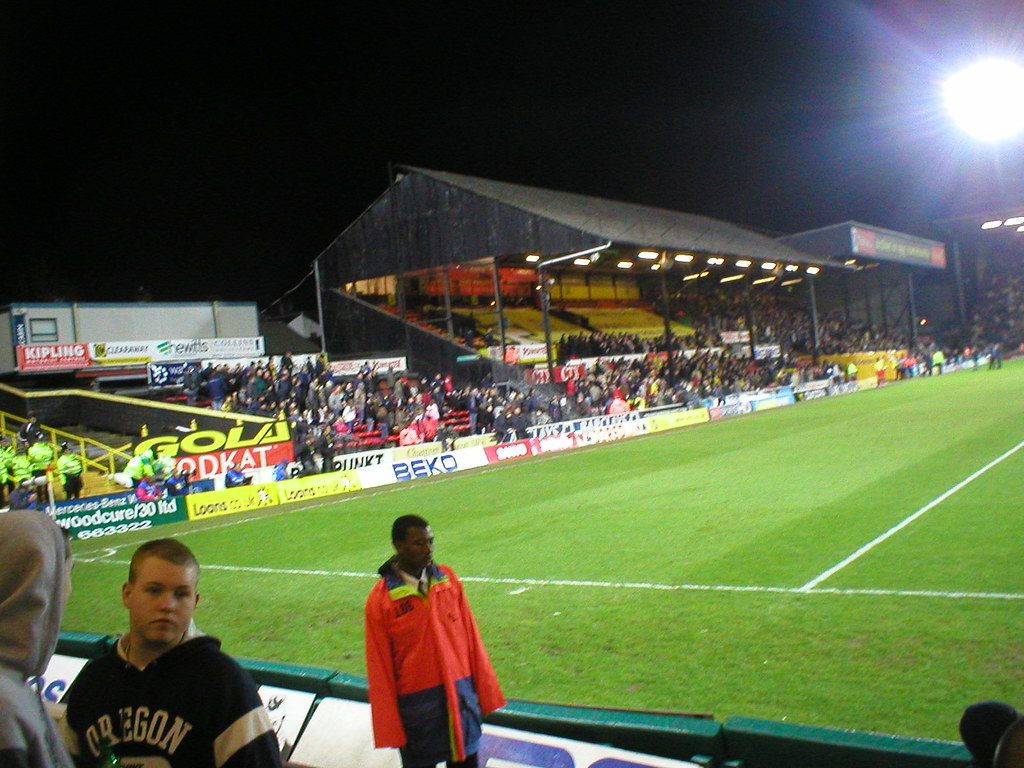 The East Stand, before it was replaced in 2014

It surprised me, especially when I saw the Watford fans had those stupid noisemaker things! They really got behind the team though, and like a lot of newly promoted teams, just seemed determined to enjoy themselves whatever! Atmosphere in the away end was great too. 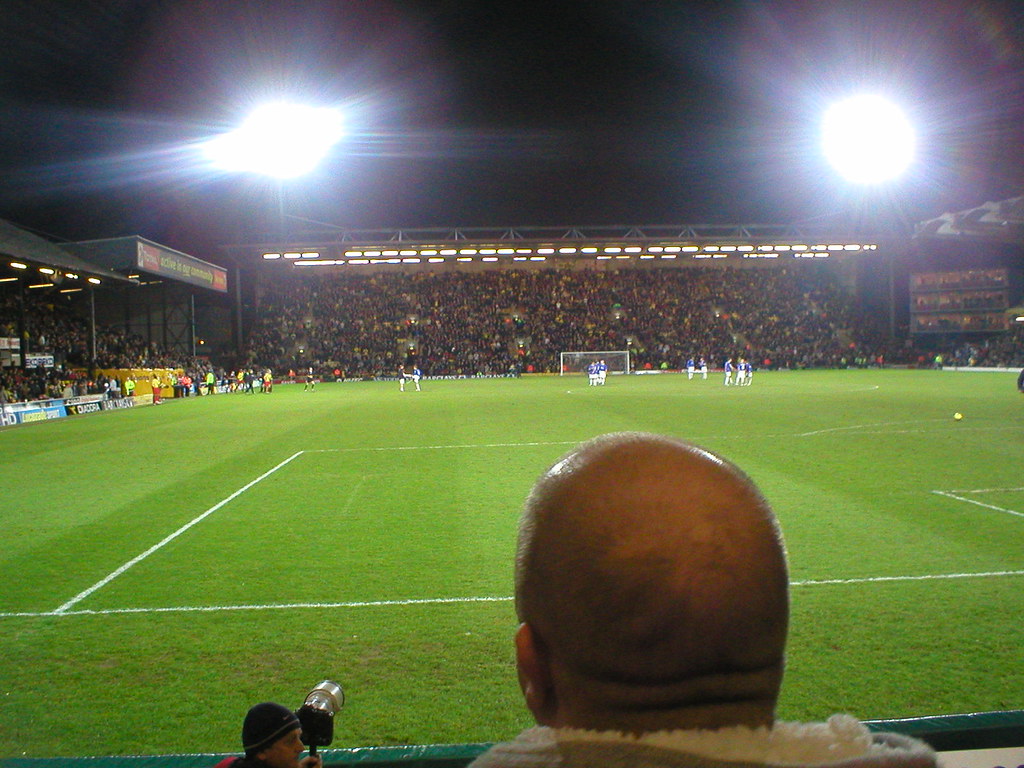 A half decent ground, but also a really good away day, and Watford fans are about as friendly and welcoming as they come.
Vicarage Road Photos
Posted by Unknown at 12:56