Drove most times, plenty of parking around the ground and not bad for getting out. Though if you’re in the away end, don’t park at the social club on Birmingham Road right next to the ground! Not that it’s bad, just that it’s directly opposite the away end…but they lock the gates on that side of the ground so you have to walk all the way around the ground to get back to your car, which you can actually see from outside the away end! Couple of places at the bottom of Halford’s Lane are the handiest, or on the dual carriageway as you come off the M5 and go straight on. Just be aware that this road is a 'Red Route,' so fine for weekend games, but you can only park there after a certain time for midweek games.

Got the train on my most recent visit, just because Virgin had a sale on so I could get tickets to Birmingham New Street for a fiver each way so felt stupid not to! Its very convenient to get to the Hawthorns from here, with direct trains, or as I did, used the tram. Right outside New Street, £3 return ticket to the Hawthorns on matchdays, and a five minute walk from the away end. Spot on really. 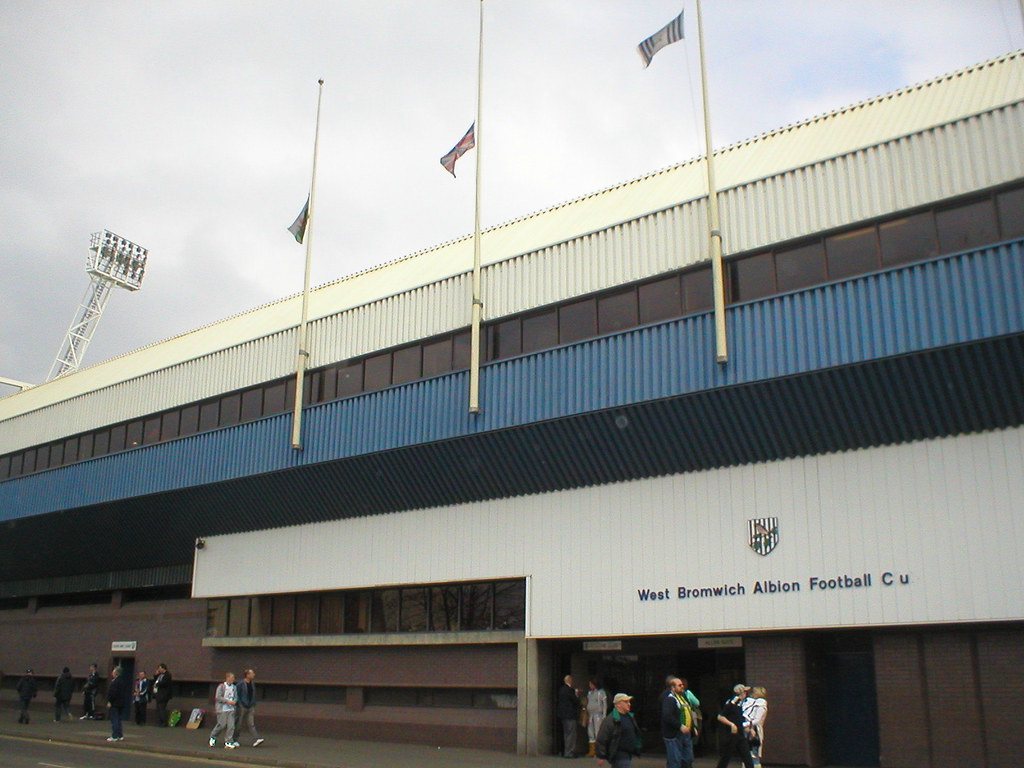 The Royal Oak is where we usually end up, a little walk down Birmingham Road. You pass a few places to eat on the way too, had some gorgeous chips with chilli sauce last time wich was nice! Don’t even try inside the ground, it’s stupidly claustrophobic in the concourses, so you’re best stocking up outside. 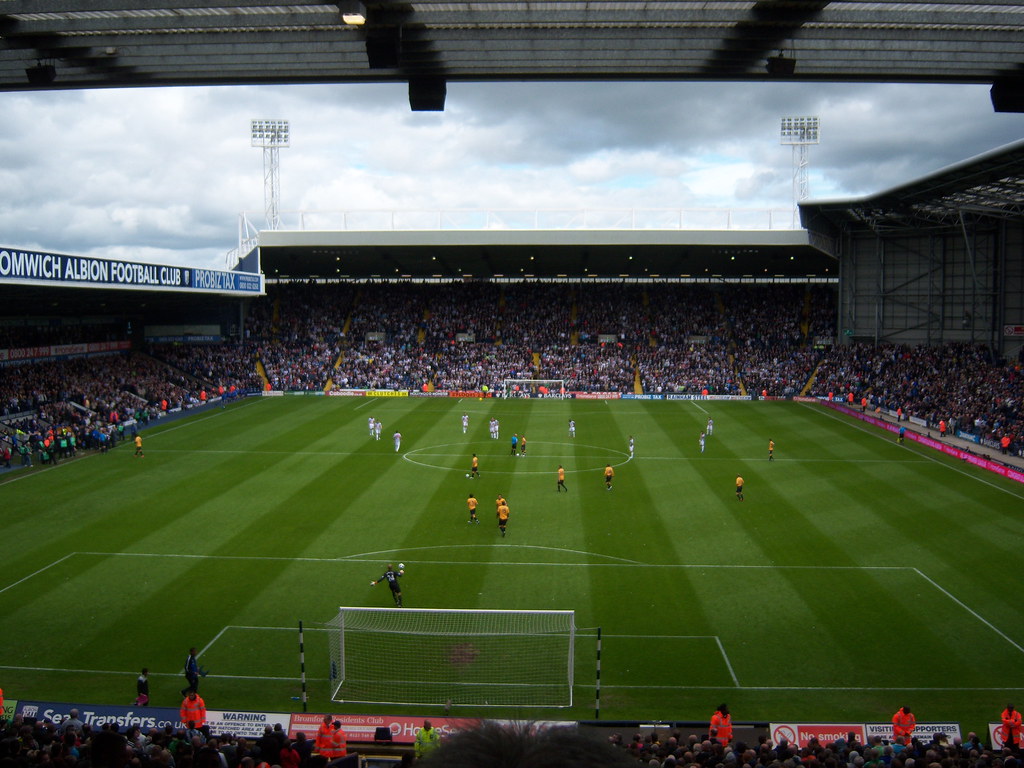 Looking towards the Birmingham Road End, 2011

Away end is decent, unrestricted views and not that bad for steepness. Smart little ground to look at all over, just the tiny Halford’s Lane that looks a bit out of place. 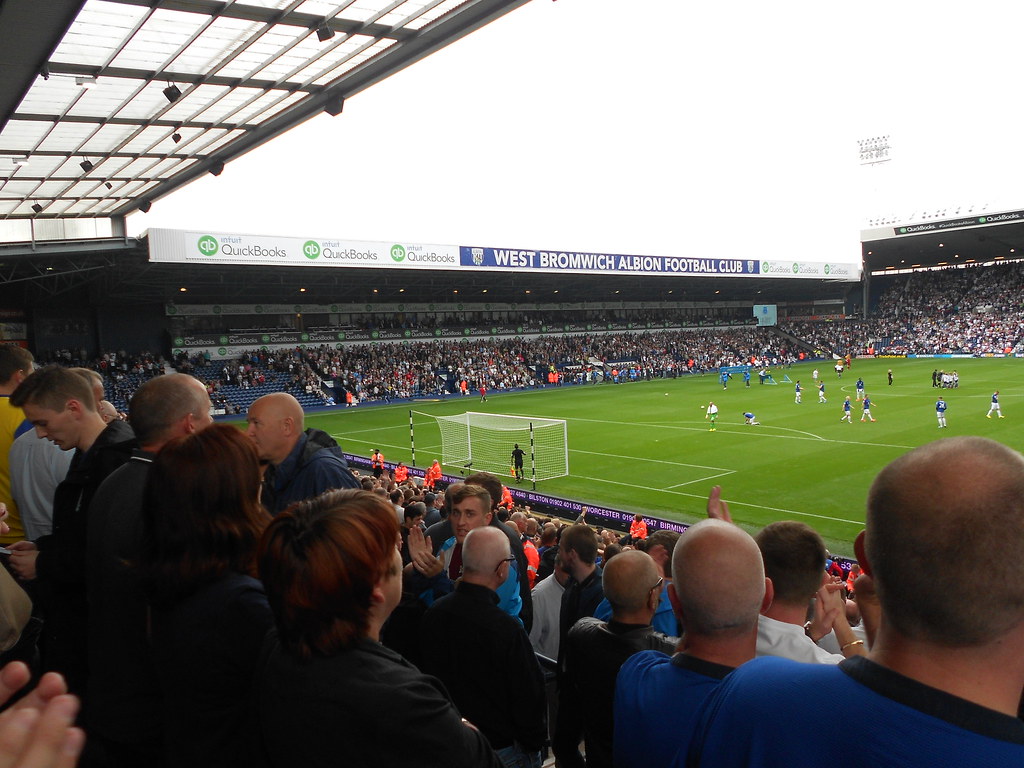 West Brom seem to be one of those teams who pride themselves in their ‘our team may be worse than yours, but at least we outsung you!’ The were understandably loud on my first 2 visits, beating us both times, once to help them towards staying up, the other a 4-0 win in an evening kick off. 3rd time was their first home game back in the Prem, so they were noisy to begin with, but went silent when we took an undeserved lead. Though they did give us a predictable chorus of ’2-0 and you still don’t sing’ after we scored our second. Like we cared! 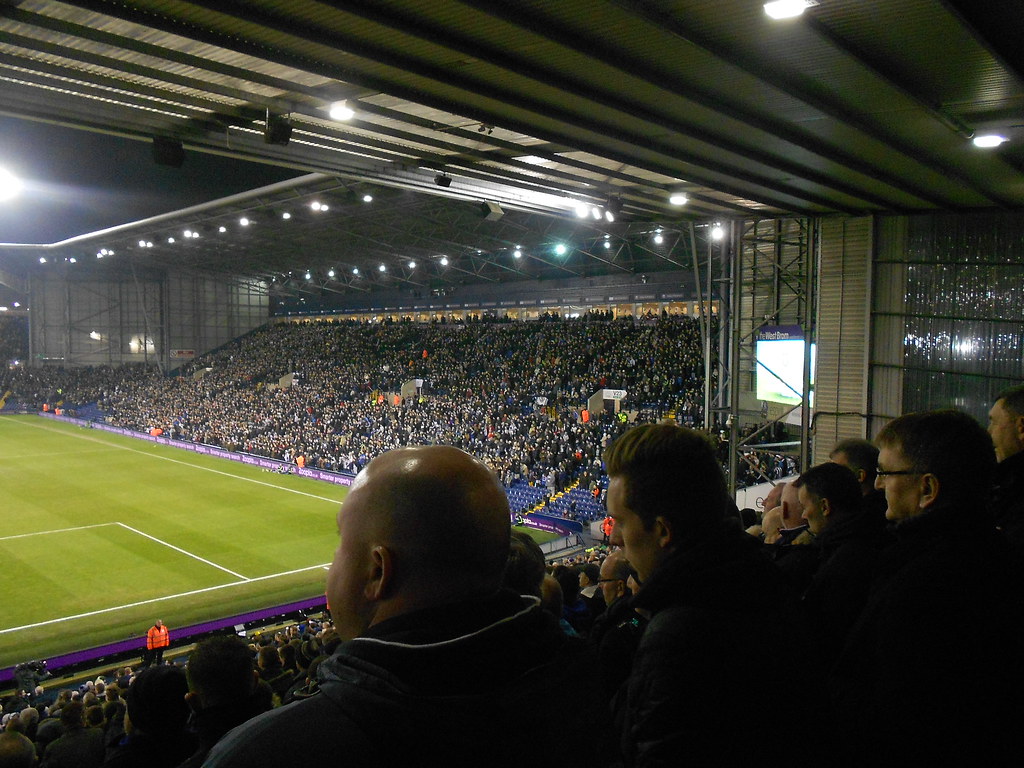 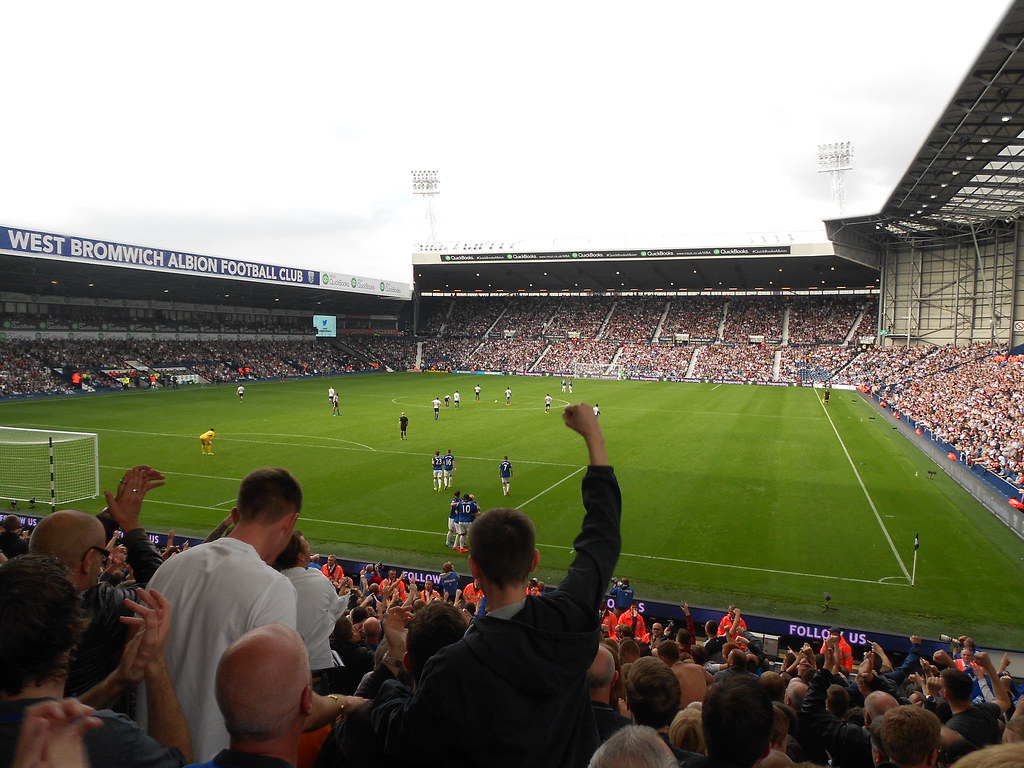 Celebrating a Kevin Mirallas goal in 2014

Our defeats in my first 2 visits really turned me against the place, as well that annoying ‘Boing Boing’ rubbish. It’s not a bad ground, but thereis just something about it I don’t like.
The Hawthorns Photos
Posted by Unknown at 11:28